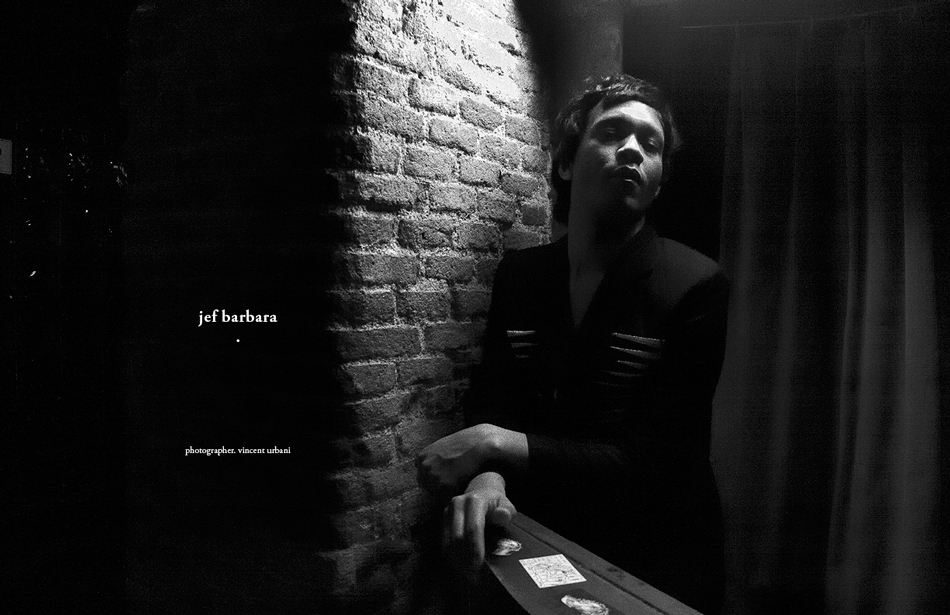 The ‘new Sun King of Electronic Pop’ Jef Barbara is an enigma. Classing himself as more of an actor than a musician, but one which slips so effortlessly into the category of poet also, this glitter-drenched Canadian offers a whirlwind of dreamy yet up tempo beats and androgynous glamour if you surrender to his whimsy.

Dancing the line between synth-heavy melancholy and pulsing club anthems, whatever the mood of Barbara’s creations the presence of eloquent lyrics is absolute. Uttering in both French and English, depending on his mood, he is commanding yet articulate, the sporadic use of word juxtaposed with abundant electronics wholly reminiscent of sounds from the Eighties.

An overtly sensual individual, sex is at the forefront of all aspects of Barbara’s performance. With those sultry mascara-framed eyes and an aura which fully alludes to fellow gender-bender Grace Jones, even his name intimates dual sexuality. It’s inevitable to compare him to the likes of George Michael, Gary Numan, Marc Almond and David Bowie, but even the names Madonna and James Brown have been banded around. 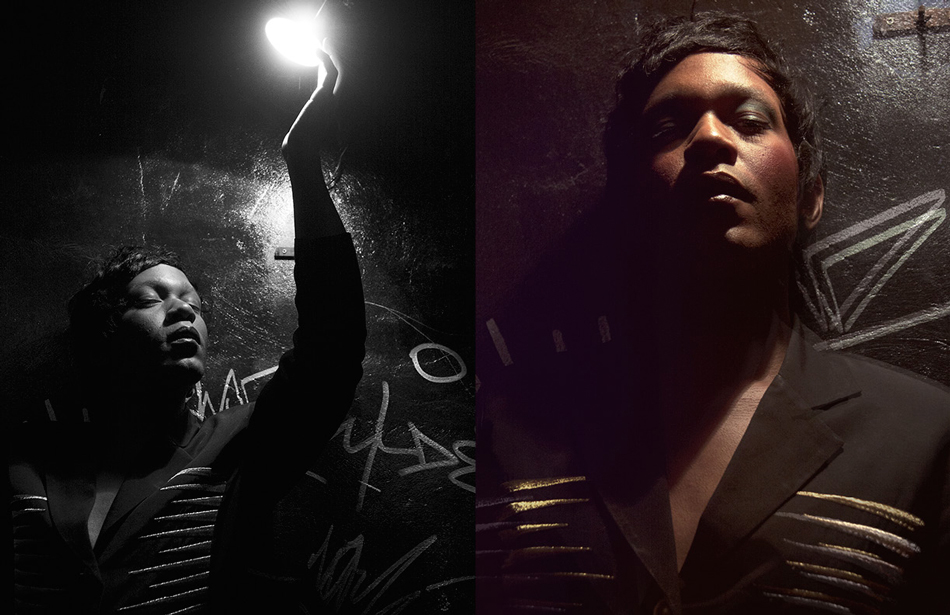 Popular with the cool kids in France, with a cult following at home, Canada’s Prince of Electro-pop possesses a seedy allure which lends itself perfectly to the covert yet wholly creative environment of the underground club scene – a setting Vincent Urbani emanates here in his portraits.

Embodying this peculiar stream of fantastical pop are Barbara’s strangely compelling videos. A bounty of lo-fi delights; his visual creations are a brouhaha of Warhol-esque colour, cutesy shimmying and photo-montage. But this collage aesthetic does not stop there, the manifestation of pastiche; Jef Barbara is perhaps the most ostentatious bag of sweets one hopes to find.

Jef Barbara has been photographed by Vincent Urbani