The appeal of animated films amongst kids and adults is something that is unlikely to wane. When sequel Kung Fu Panda 2 opened in the UK it beat competition such as The Hangover II and X Men: First Class, and made an excess of £6 million. However, loveable heroes such as Shrek, Po (Kung Fu Panda) and the cast of Madagascar would merely be a 2D sketch if not for the likes of Lead Lighting Artist, Gregory Jennings. Working for major animation studio Dreamworks, we caught up with him to find out more about his intriguing role… 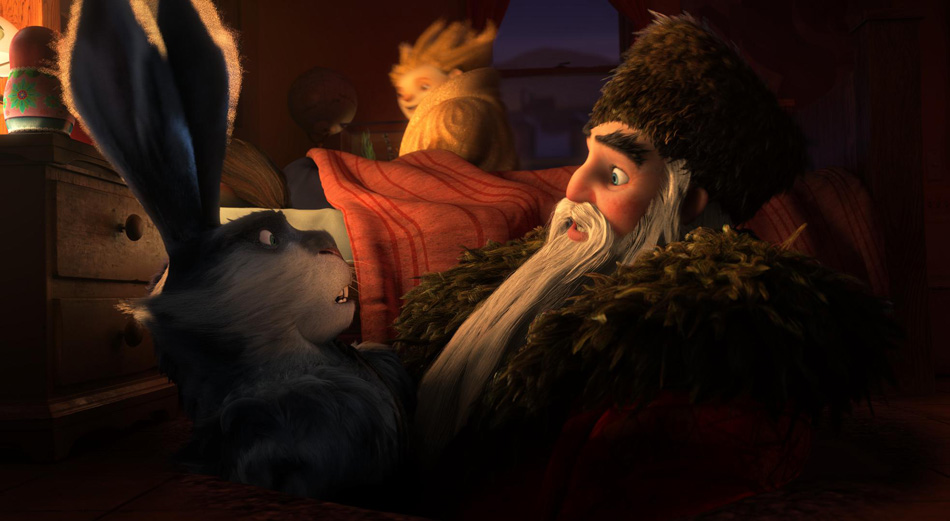 Rise Of The Guardians
Property of Dreamworks Animation LLC

The introduction of CGI has allowed animations to compete with films at the box office – it’s easy for the average person to not understand how much input goes into a feature length animation. Talk us through the Lead Lighting Artist’s role.

It’s hard to describe the full process of CG Animation but it is fairly similar to a regular movie if you forget it is all computer generated. I guess the biggest difference lies in the fact that we have to build everything from scratch which is obviously a very long process. As a Lead Lighter, my job is to establish the look of a sequence – its atmosphere and ambiance, through lighting. The Production Designer and the Art Director would typically hand us some art work with rough colour scripts and indications of what they are looking for, and I am then responsible for transposing this into the movie. For this I place lights in a 3D representation of the shot’s environment, in the same way one would place lights on a movie set.

You’ve worked on some great animations including Rise of the Guardians, Madagascar 3: Europe’s Most Wanted and Kung Fu Panda 2. On average how long does your team have to work on each one?

The team evolves as the movie goes through different stages of production. Usually a small team would start earlier to establish the look and start troubleshooting technical issues but most of the Lighting department would typically spend around a year on a project. 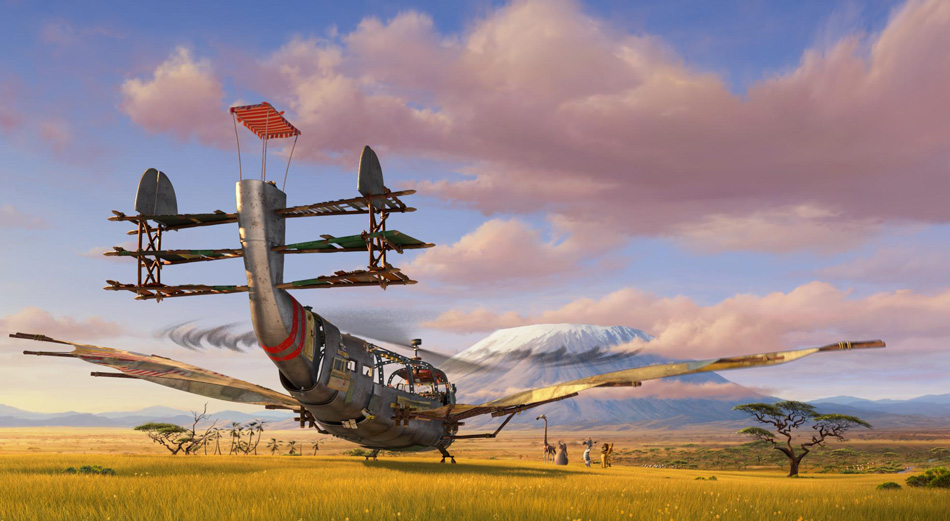 You studied Fine Arts and then moved onto Computer Graphics – when did your fascination with animation begin?

As a kid I was crazy about any kind of animation, be it Disney, Don Bluth, Tex Avery, or even darker things like the Brothers Quay, and as I was studying Fine Arts I started thinking of it more seriously. It turns out that CG was becoming more accessible and mainstream, and from the moment I got my hands on 3d Studio Max I was hooked.

Early in your career you freelanced as a CGI generalist – what inspired you to specialise in visual effects?

I have always felt more involved in what relates to the final look of the image and I think it’s a perfect match for me. I sometimes miss the amount of control I had on other aspects of the shots when I used to be a generalist but [now] I get more time to focus on what I enjoy most!

What process of your job do you enjoy the most?

I like being at the end of the production line! It can become nerve-wracking at times when other departments you depend on delay their schedules and you are in crunch time, but having control over the final image is very interesting and rewarding. I also enjoy the balance of technical and artistic work that keeps me entertained throughout the day!

Do you envisage staying in lighting for the foreseeable future or do you have ambitions to explore other areas?

I don’t have anything clearly planned in the near future but I am becoming more and more interested in digital sculpting, as well as visual development. I am not considering either of these from a professional standpoint, but it’s very important for me to constantly keep busy and learn new things.

What projects do you have in the pipeline?

I’m not allowed to talk about upcoming projects at Dreamworks – sorry, but in my spare time I am working on a series of digital sculptures with reference to the work of Franz Xaver Messerschmidt and I have a photo book in the making.

What advice would you give to someone who has an interest in VFX as a career?

I think we are only at the start of CG and we still have worlds of possibilities to explore, whether in realism or in abstract form. Be adventurous, curious, open-minded and be dedicated to your art!

Which film would you love to see as an animation?

This might seem strange but I’d like to see something like The Cabinet of Dr. Caligari or Fahrenheit 451 adapted in animation. CG is mostly used to create fairy tale creatures, robots and lost worlds but I wish we would explore other genres. Both these movies are very modern in many ways and it isn’t that hard to imagine a modern interpretation. A graphic novel I would like to see being animated is ‘Domu’ by Katsuhiro Otomo. Epic in all regards!