A new short film by Maison Margiela is debuting today (Feb. 16, 2019) at London’s Serpentine Gallery, with showings continuing into tomorrow (Feb. 17, 2019). Reality Inverse is what we’ve come to expect from Maison Margiela: a mind-bending, chaotic mashup of iridescent flashes with themes of artifice, decay and overstimulation.

Reality Inverse puts the ethos of the house’s recent collections on blast. The film was described in a press release as “a visual conversation between creative director John Galliano and photographer Nick Knight.” Bright and brash, model Duckie Thot moves in a mirrored reality to music with vocals provided by Roy Orbison, all masterminded under the artistic eye of famed photographer Nick Knight. The film appears at first as a stressed jumble – high fashion rendered as digital error. Clips play with no obvious order or sense, reversing and changing hues to the music’s lingering pulse. Slowly, the images take form, though this stability is not as amiable as it sounds. 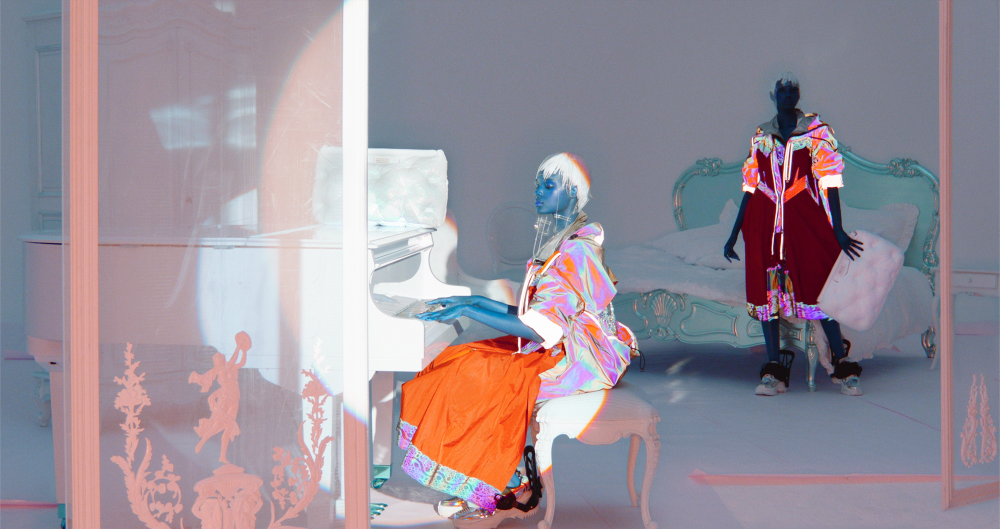 Fans of Maison Margiela watching Reality Inverse will recognise the Glam Slam, a signature bag designed around comfort and familiarity. While comfort may be the essence of the Glam Slam, Reality Inverse is anything but cosy. Images almost shake with the voltage of their colours, utilising techniques developed by Galliano in Maison Margiela’s Artisanal collections to represent the digital age.

A press release for the film describes Reality Inverse as taking place in a newly-realised era of decadence – “light is flipped into dark in a subverted and three-dimensional view of the familiar, evoking the illustrative and illusionary facets key to the new codes of the house.” Two versions of the film will be released, a standard version and an immersive 360-degree experience where viewers can enter the world of Reality Inverse by clicking through digital space. At the gallery release in London, attendees can explore and interact with the film using VR.

This isn’t the first time John Galliano has pushed Maison Margiela’s styles into worlds beyond fashion. Last year, Galliano’s podcast, THE MAKING OF…, released its first episodes. Before that, he introduced “tech body clips” to the runway, iPhones mounted to models live-streaming boot close-ups, the movement of headpieces, and the texture of jackets – details often lost to distance when viewing a fashion show. Select fabrics looked merely shiny to the naked eye; through the lens of an iPhone camera, they exploded with the electric, chemical palette on view in Reality Inverse from this weekend onward.

One of the primary themes at play in Reality Inverse is distance, both physical and emotional. “Overstimulated by artificial impressions, reality degenerates into the unsettling and ultimately unreal,” says the press release. This unreality may be the reason why spaces in Reality Inverse are so difficult to conceive. In one scene, Duckie Thot jumps on a bed in an upscale bedroom as frame colours cycle; throughout each colour palette, she is the only quality that remains definable – everything else resists individuation. 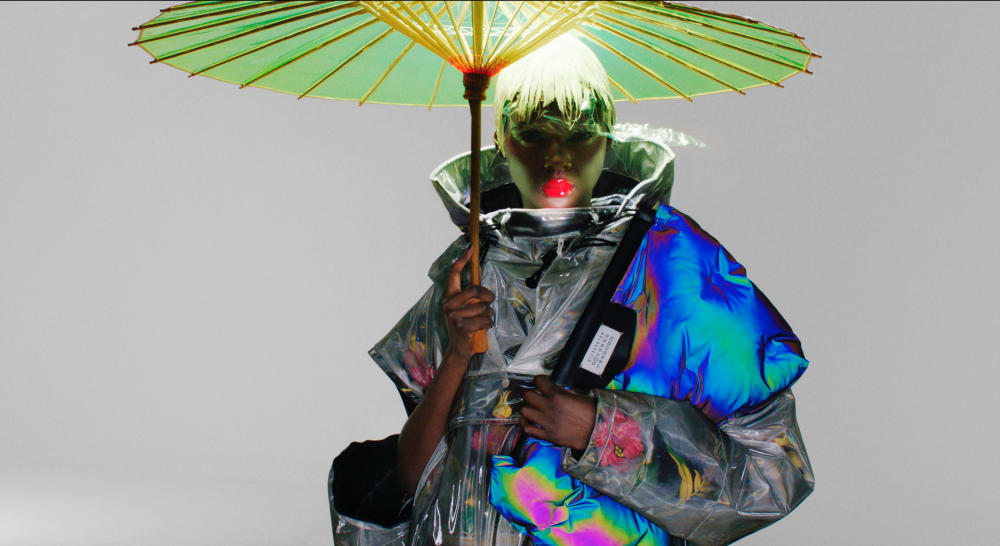 Galliano and Knight are a natural team in this endeavour. As a photographer, Knight has long embraced emerging techniques and implemented them into his work, responding to the technological world as it changes around him. Knight was an early adopter of live-streaming, broadcasting the first live online fashion show in 2000 a full five years before the launch of YouTube. Later shoots incorporated memes, Instagram filters and a blurring of the line between photographer and audience.

By its own description, the film generates “a longing for authenticity, for intimacy, and reducing the filters that surround us to their core.” What lies within that core, beneath all of the filters, remains to be seen.