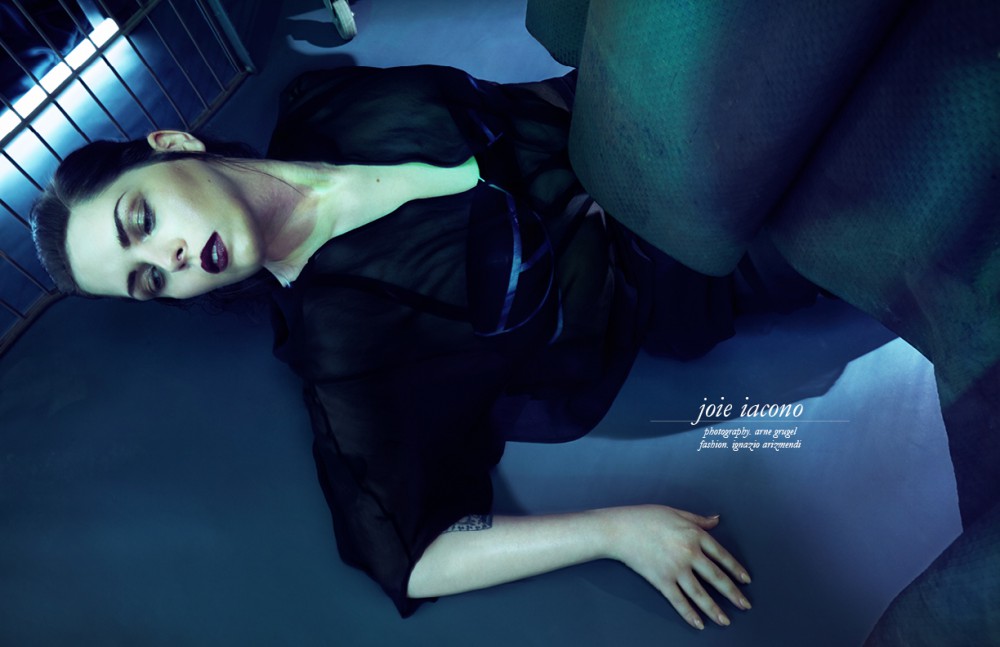 Surviving the trials and tribulations of the music industry is no mean feat. Being successful is another story – especially when it comes to staying true to the artistry behind it all. One such talent is DJ, photographer and artist Joie Iacono – whose work is an unparalleled mise-en-scène that takes inspiration from cinema, art and literature. Joie Iacono’s soundscapes range from luxuriously ambient to feverishly dance. A visual artist in the true sense of the term, Iacono started out as a Door Girl in NYC’s Meat Packing District, before curating nights and working with the likes of DJ Harvey, Todd Terje and DFA Records. Schön! sits down with the multi-talented artist, to discuss her unique vision of music, photography, art, and everything in between.

You have been an artist and photographer for some time now, but what motivated you to get into the music scene as well?

I guess like a lot of kids music was really my only friend growing up. I’ve always been a big music collector and remember digging through dusty record crates when I was really young and discovering myself there. I was an outsider and that’s how I found out that other outsiders existed – and they formed bands and kicked ass!… but, I don’t think I ever intentionally set out to work within the music industry so much, it just kind of happened. Growing up in New York and spending years working as a door girl I was always meeting artists, musicians, film makers, DJs.

I began DJing in New York mostly for fun and because I loved the music and wanted to hear my favourite songs on bigger sound systems. I was throwing parties called ‘Cazzo Pazzo’ with my friend Andy Butler who formed Hercules and Love Affair. We used to invite other DJ friends who we loved like Derrick Carter, Eric Duncan, and Darshan Jesrani to come and play their favourite, most obscure disco records from the back of their crates. When I began touring and working with musicians and record labels as an Art Director the music industry took on a new kind of meaning for me. I was working with music but in a visual sense.

Did you find it difficult to get your foot in the door in the DJ scene in Berlin?

Looking back, I would have been crazy to think “I’m going to move to Berlin and become a DJ” – that’s like saying “I’m going to Hollywood to be an actress.” Getting your foot in the door of any DJ scene is difficult, especially for female DJs, but to be honest it all developed really naturally.

At one of my first gigs I met the agent who now represents me and it all kind of fell into place. As a DJ I kind of exist outside of the ‘Berlin DJ scene’ – I don’t play techno, electro, or even much house music really and don’t spend so much of my free time in clubs. I absolutely love the energy that comes from having a dance floor to fill, but I also really love playing more lazy and luxurious lounge sets or working with fashion, film, or hotel clients both as a DJ and Music Consultant… they’ve been great opportunities to create different kinds of environments and play a different kind of sound than people have come to expect from Berlin. 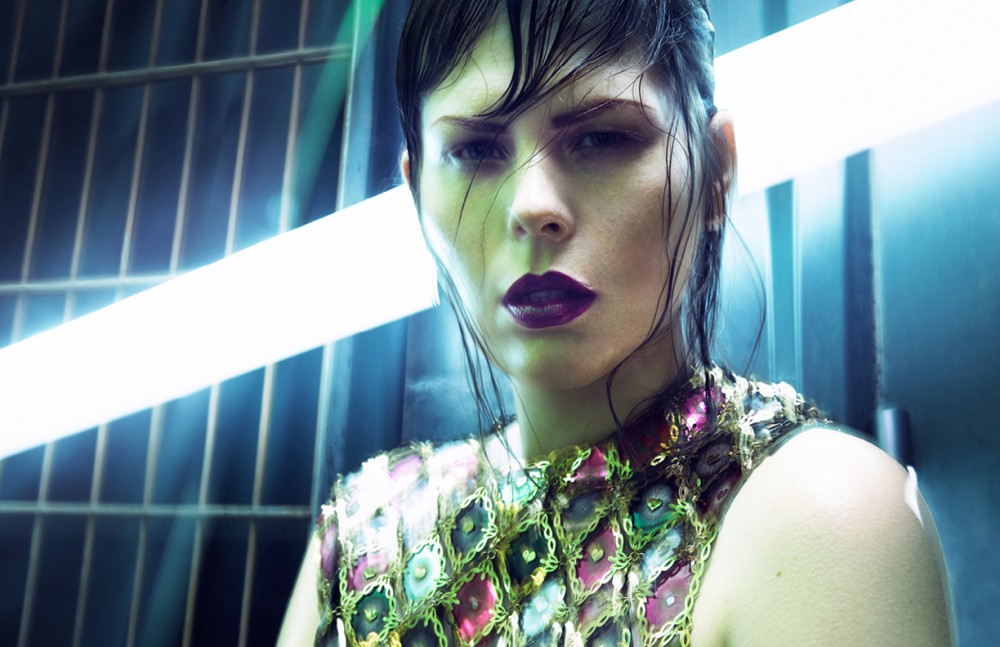 Which musicians do you find that influence you when you are working on new music?

I would have a really difficult time creating a short list of all the musicians that influence and inspire me… but I guess if I had to pick one band that has influenced me most I would say in a way that it’s this Austrian/German band from the late ’70s called Ganymed. The band completely dressed as Aliens except for the lead femme fatale vocalist named ‘Pulsaria’ and mixed this really theatrical, kitschy, sci-fi performance with some of the most killer Space Disco I’ve ever heard.

Is there someone that has always inspired you and that you would really love to collaborate with?

There are so many people that I would love to work with but not one person in particular that I would chose over the rest. Following the collaboration I did with Cedrix Crespel, I have been focusing on developing more Internet based works on my own and am now beginning to collaborate with other artists via the internet on these projects as well. I love the sense of freedom the internet adds to these collaborative experiences… it’s almost like a fourth dimension. 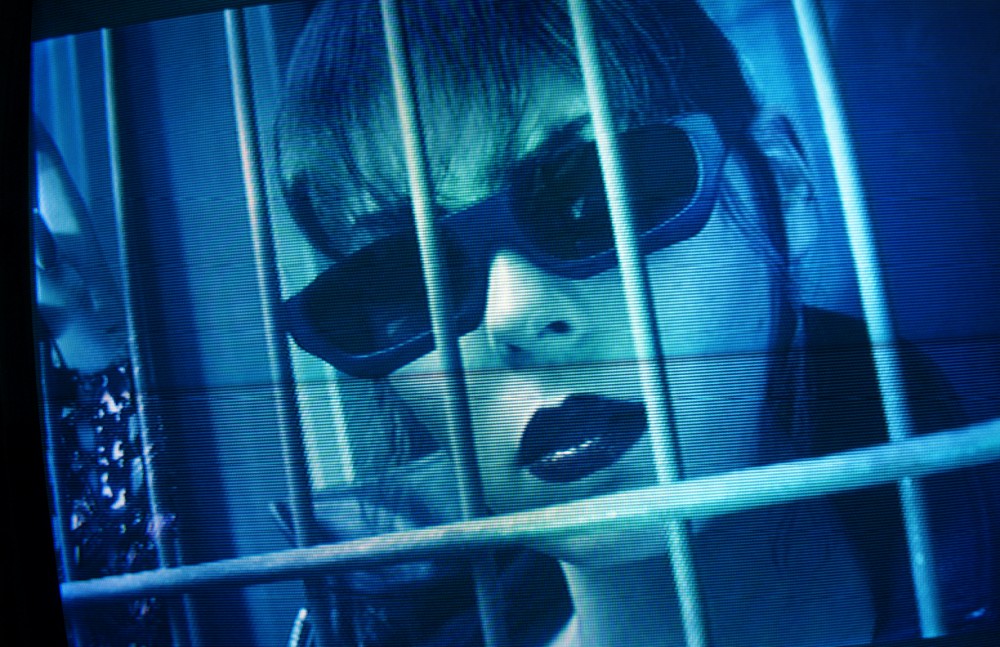 Did you always like to perform in front of an audience?

I’m actually really quite shy, but somehow I’ve found myself in front of audiences in various ways for a while now. In the very early 2000s while I was still in art school I was hosting a party in Williamsburg, Brooklyn ironically called ‘Berliniamsburg.’ Brooklyn was still a little bit of a frontier at the time and creating the ‘Electroclash’ scene there felt really new and exciting. One of my hosting duties was to get on stage and introduce the live acts to crowds that sometimes included people like Naomi Campbell, Calvin Klein… even Susan Sontag was there one night not long before she died and signed my copy of ‘On Photography’ that I was reading for class!

In 2006 I was on tour with Antony and the Johnsons for a show called ‘Turning.’ This found me on stage on a rotating platform while video artist Charles Atlas created live video portraits which were projected onto screens behind the stage as Antony performed. We did the show in some huge venues and legendary places like the Olympia theatre in Paris – the whole experience was pretty surreal. Some footage from the show is included in the ‘You Are My Sister’ video. When I began to DJ I used to get so nervous before my sets, but DJing is all about the music – the people aren’t there to see me.

After all of your successful pieces of work and music, is there one piece that you are most proud of?

I wouldn’t say there is one piece or project in particular that I am most proud of… I guess if I had to focus on what I am proud of I would say the artwork or music that have gone on to have a life of their own, making their ways into permanent collections, on albums covers or to places I have never been before – I am always so honoured and humbled to be able to somehow discover people or the world through my work. 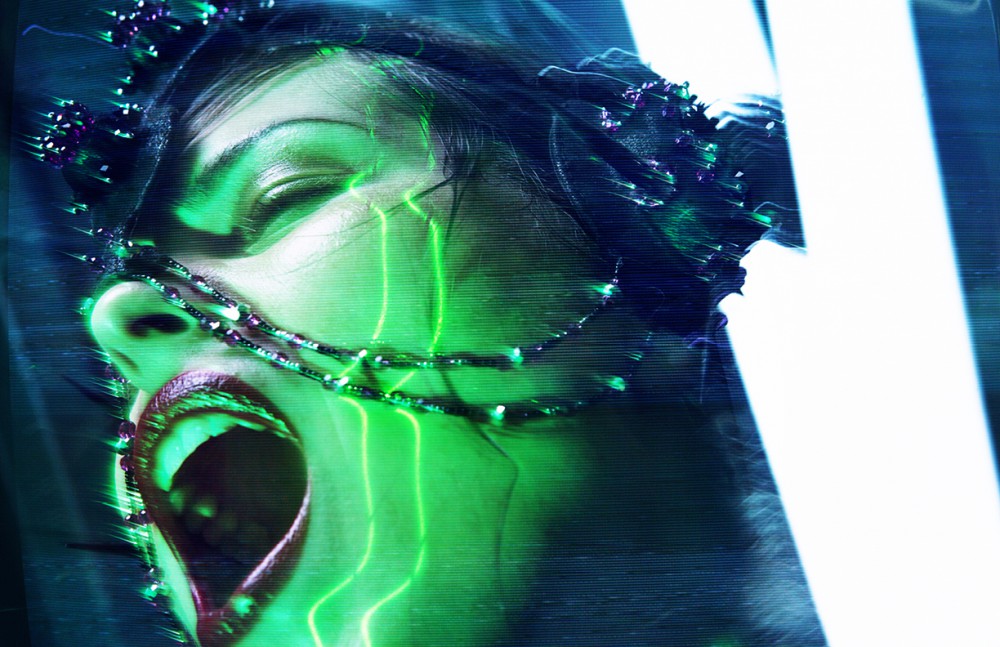 What is the most challenging part of balancing your art and music, etc.?

I guess for me it’s not always about balance. Sometimes I am more focused on one or the other, I’m not sure it even matters… I don’t see the two as mutually exclusive anyway.

Do you find that you are more inspired by the world around you now or by the past?

I’m a huge history buff and spend a lot of time thinking about the past, but more than anything I am inspired by the future… in fact, I think my inspiration comes mainly from my uncertainty that there is even a difference between the two. 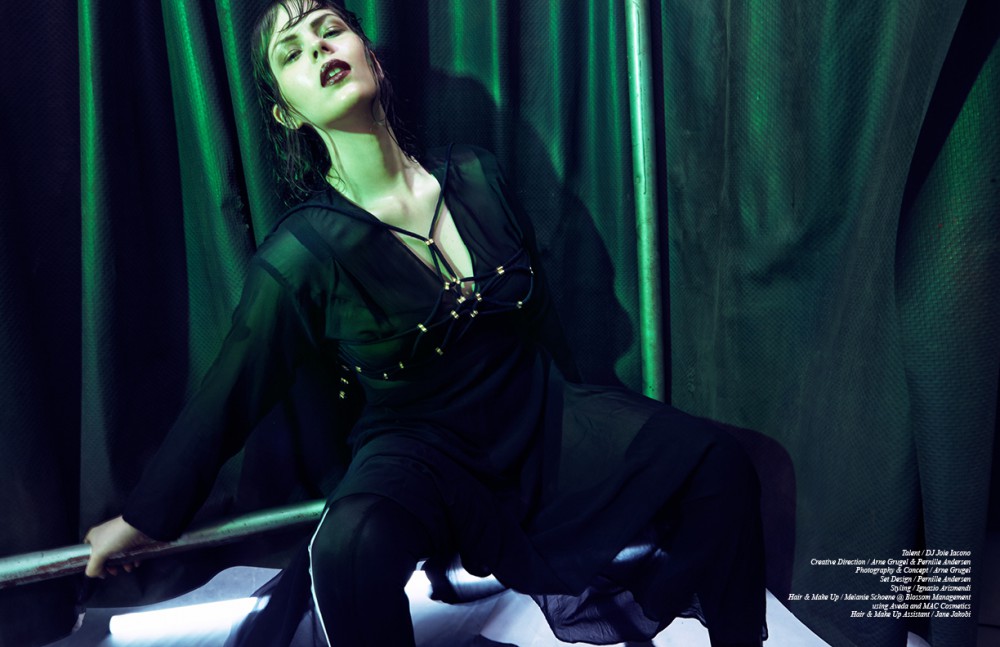 How do you prepare for your live DJ sets? Is it in anyway how you find yourself preparing to start a new piece of artwork?

I usually put as much thought into preparing for a DJ set as I would a painting. My DJ sets are usually inspired by photographs, films, and artwork – conversely, music is often times an integral part of my process in creating visual works. In a similar way to fashion houses, my DJ performances have ‘seasons’ and their mood and nuance depends on the space I am playing, and what is inspiring me at the moment.

What do you want those listening to your music and viewing your artwork to experience?

I’m interested in emotional experiences. If I can make someone feel something it’s like a small victory.