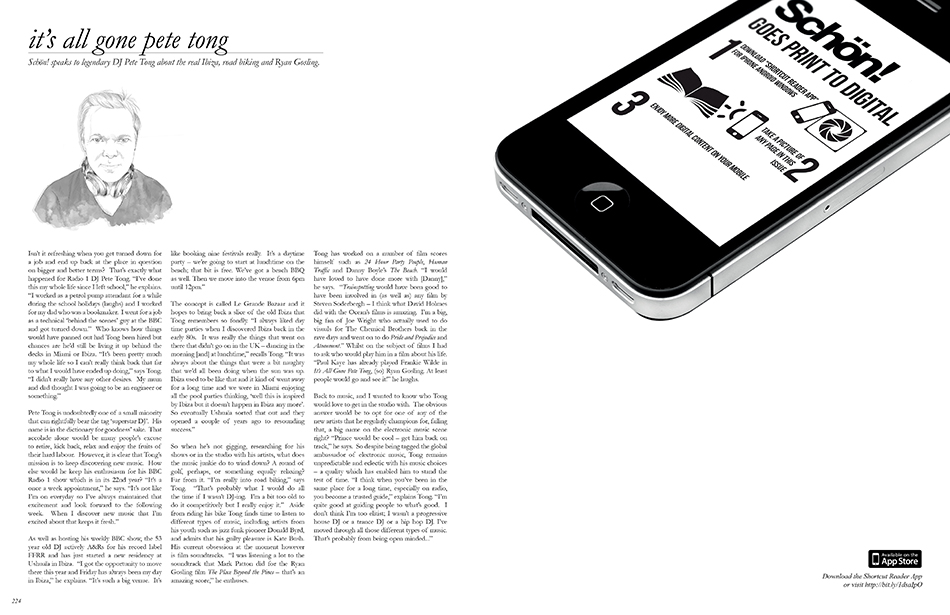 Pete Tong is no flash in the pan when it comes to dance music. Music writer Ihunna discovers how this legendary DJ has remained relevant and enthusiastic over a career spanning twenty two years at Radio 1. Not simply content with being regarded as an ambassador of electronic music or the A&R of his record label FFRR, Tong talks of his ambitions to bring back a slice of the Old Ibiza after taking on a new residency at the infamous Ushuaïa night club. Read the full interview in issue 22 of Schön!

Pete Tong: Ballantine’s Soundtrack of You

Ballantine’s is launching a new bottle which reflects the essence and personality of its founder, George Ballantine. To celebrate, Ballantine’s challenged global superstar DJ, Pete Tong, to create a personal soundtrack which reflects his own personality, and tells the story of his life. Watch the film to find out which five songs feature on Pete’s soundtrack.

To read the interview, check out the newest Schön! Magazine
Schön! in glossy print
Download Schön! the eBook
Schön! on the Apple Newsstand
Schön! on Google Play
Schön! on other Tablet & Mobile device
Read Schön! online