Most recognisable for her achingly relatable and authentically-penned lyrics on hits like Girls Like Us and Control, Zoe Wees has just released a fresh set of riffs that will wrench your heart all over again. On her new single That’s How It Goes featuring 6lack, the two wrestle with their demons in what feels like an WWE-scale smack-down, pitting them against their inner tormentors. Amid scorching flames and a preponderance of rodents scuffling through the video’s cinematic sequence, the outcome of their joint clash remains a mystery to the viewer. Not only is Schön! featuring the release of this video, we connected with the 19-year-old songwriting wonder to discuss her serendipitous collaboration with 6lack, the deeply personal depths behind That’s How It Goes and the sweltering excitement of breaking her own mould.

You and 6lack have distinctly different sounds but share the same underlying honesty to your lyrics. How did this collaboration between the two of you come about for That’s How It Goes?

I like it when artists collab that are completely different. I just love it when two different sounds come together. I always listened to 6lack’s stuff and all my friends listened to it, too. Then randomly my team came to me and asked if I wanted to collaborate with him; we asked him and he said “yes” and here we are.

Was this your first time working with an American rapper? Did you record in the same studio, or was it remote recording for both of you?

Yes, this is actually my first time working with a rapper from the US. And we had to do it remotely, so I’ve recorded the song first, my producers Patrick Salmy and Ricardo Muñoz produced it and sent him the track so he could try and record his part on it. I think it was one of his first takes, and it also still has my original vocals from the demo session on it.

The visuals to the video for That’s How it Goes have a darker concept than your other music videos. What inspired you to move in a more dramatic direction?

Between the rats, the scorching fire, and at one point being dragged on the dirt road, were there any challenges that you faced while shooting the video, or composing the song?

The biggest challenge when shooting the video was when I was hanging on that rope. It was really scary actually, and this is pretty much how I feel when I have anxiety — not being able to move or anything. I was hanging there for about an hour.

“Devil by my side, tryin’ to take my life” was a lyric that resonated with me. The spiritual undertones of this song and video run deep — it feels like a spiritual warfare where I’m listening, watching and rooting for you and 6lack to win. When trying moments like this appear, what gives you the strength to fight and overcome?

In these kind of moments the strength which is helping me to keep fighting is actually the songwriting itself. That’s How It Goes is what came out when I was sad and went to the studio to put my emotions into a song. When I wrote the song it gave me strength and helped me a lot. 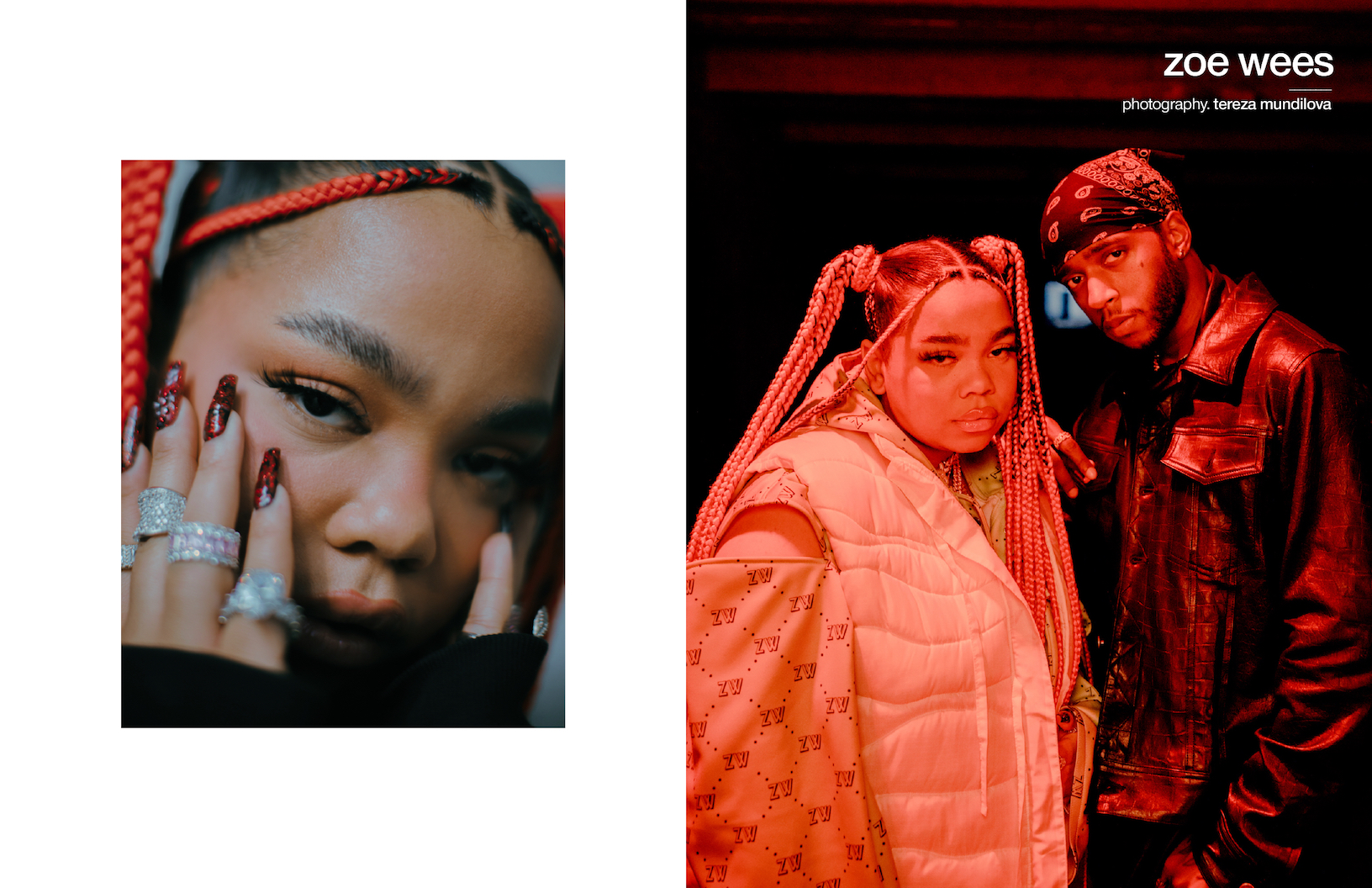 Was there a specific scenario that inspired you while composing the lyrics to the song?

The night before I wrote the song I was fighting a lot with my demons and was in a really serious state concerning my mental health. Writing the lyrics felt like a conversation between me and the devil.

The video really brings the lyrics of That’s How it Goes to life. Was there a personal transformation from the time before you shot the video, to the time after you shot the video — any new revelation that you discovered about yourself or a new influence in your music?

For me, it was a new experience to work this close on set with another artist and to share the appearance in a music video. I really feel like I’ve grown from that.

You’re one of my favourite contemporary style icons, and you are rightfully known for serving some serious fashion looks. In this video you also experimented with an edgier aesthetic; how involved were you in deciding on the looks — down to the laser beam red contact lenses and those fiercely decorated fingertips?

I got a lot of people helping me to look the way I wanted, but I completely decided the look on my own. I got the idea for the red and white lenses from Twilight, actually; the newborn vampires there have red eyes, and this song and the music video feels like being newborn to me.

What are your expectations from breaking your own mould of previous video visuals? Your fans are in for an exciting surprise when they watch.

This video is so different from everything I did before and from what people know about me. I’m excited that my fans are going to see a new side of me because I feel like I got older, I grew up, I changed. This is the new me, and I can’t wait to see how people will react to that.

Your songs have a consistently anthemic feel to them — like they were specifically made to unify and inspire. What do you hope fans will walk away feeling after they’ve listened to That’s How it Goes and watched the video?

I always hope that people who listen to my songs walk away with a feeling that they don’t have to take the stony roads of life alone. And I really hope that my new song can convey exactly this feeling. 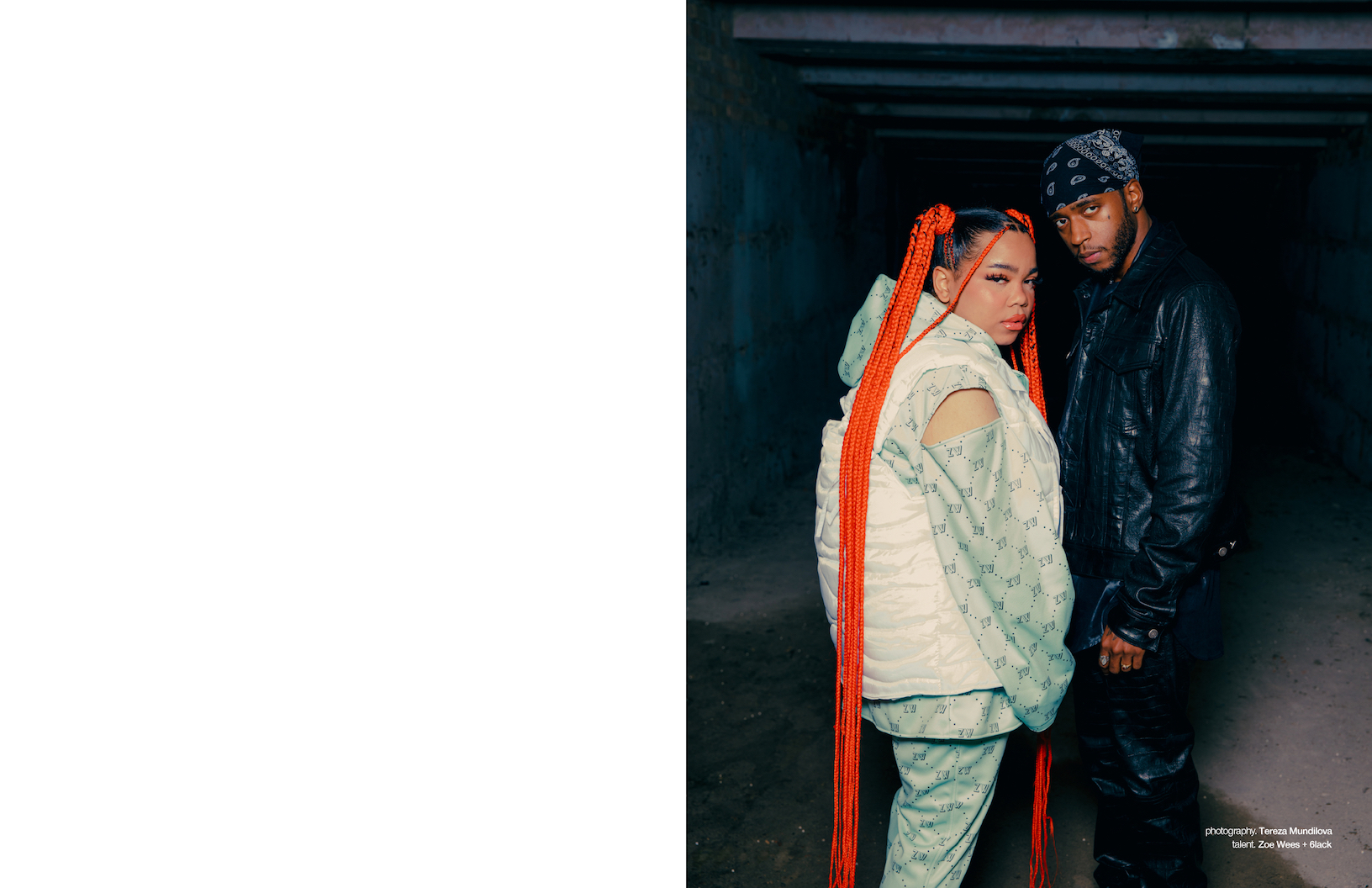 That’s How It Goes feat. 6lack is now available everywhere.