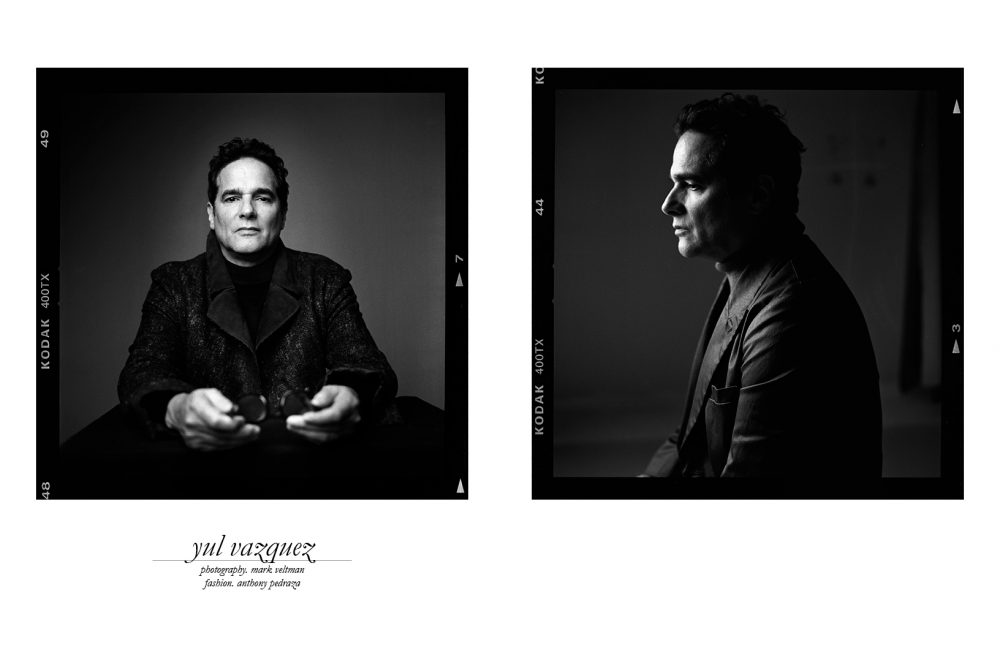 You may recognise Yul Vazquez from multiple blockbusters and cult TV productions and movies. In the silver screen, he’s starred in Paul Greengrass’ ‘Captain Phillips‘, Brad Furman’s ‘The Infiltrator‘ or Joe Carnahan’s ‘The A-Team‘, to name but a few; whereas his TV repertoire includes classics the likes of  ‘Seinfeld‘, Netflix’s ‘Bloodline‘, and NBC’s ‘Midnight, Texas‘. But it does not seem that Vazquez has a strict preference to one or the other, participating in projects simultaneously in both mediums.

“I started in films and have always loved the medium and the process of filmmaking,” he confessed to Schön!. “Some of the best stuff happening right now is on TV and the two have merged almost seamlessly lately.” But, despite the medium, Vazquez usually contributes in projects that have a strong moral, social or political significance. For instance, ‘Captain Phillips‘, the seafaring thriller examining the 2009 hijacking of a U.S container ship, was an immense success when released in 2013. In the movie, he played Captain Frank Castellano and had “the incredible opportunity to spend some time with the actual Capt. Castellano and his lovely family.” This close-up engagement with the characters and storyline was necessary to the filming process; “the fact that it was [based on a true event] brought a tremendous amount of responsibility to be as truthful to the story as possible.” The actor exudes a genuineness and earnestness during this discussion, stating that he and the Captain have “since stayed friends.”

But skipping from the established actor’s filming history for a few brief seconds, Vazquez also spends his time doing documentary and street photography. This is an uplifting step for Yul in his career, having “always loved cameras – the machines themselves, lenses, etc.” Continuing, he explains that “since I can remember, I think I’ve had a clear visual sense of things, of how I wanted things to look like, or how I imagined them to be. If you’re wondering if he feels a certain novelty to being behind the camera, as opposed to in front of it, he assures that “the interesting thing about being behind the camera is that it always reveals more about the photographer than the subject.” Recently, Yul shot fans from his perspective as an adult at this year’s Comic-Con, approaching fandom and commotion from a unique standpoint. He speaks of them as “committed, passionate fans…all-in kind of fans which is amazing to see and photograph.” His wholehearted enjoyment of what he undertakes is especially great to observe. 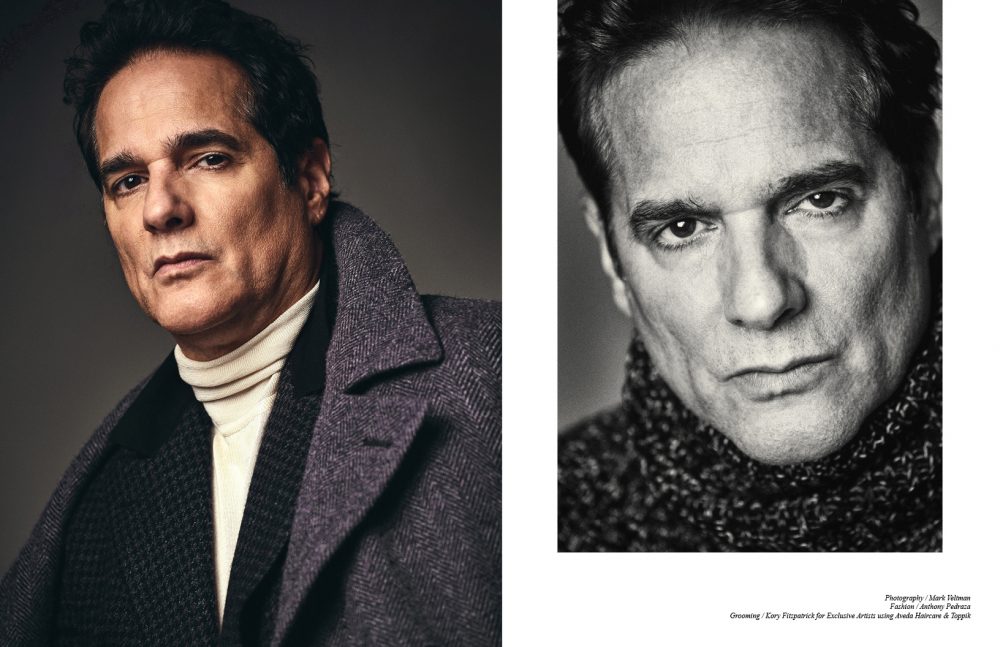 Once in front the camera again for his latest cinematic venture, Richard Linklater’s ‘Last Flag Flying’, Yul partakes in a project that holds massive significance for the country’s political and historical past alongside fellow fine actors Steve Carell, Bryan Cranston, and Laurence Fishburne.  “I had worked with Bryan before and I’ve always had a great ease with him”, Yul says. “Steve and Laurence were a joy to work with as was Richard.” Seemingly a very impactful movie, covering many broader concepts of brotherhood, relationships and life at its toughest all under the theme of war and patriotism, we questioned the actor on what the salient message was behind the movie. “The message for me is to honour and respect our veterans. They sacrificed so everyone can be free, not just some,” he solemnly proclaims.

But this isn’t everything the consummate actor has lined up for the future. He will also be appearing on Nash Edgerton’s ‘Gringo’, set to release next year. The movie was shot in Mexico, which Yul says was a “tough shoot” because locations were far sometimes, and difficult to get to due to heavy traffic in Mexico City. “We did have fun making the movie though”, he adds, “I think it’s going to be quite a ride.” Yul talked to us a little bit about inspiration, namechecking Montgomery Clift as the utmost influence to his acting. “Monty Clift is probably the single biggest influence on me as an actor,” he says. “Everything about what he did is intriguing to me”. Yul admits to valuing Clift’s simplicity and trying to have this outlook on all the work he undertakes. “He was clear and precise,” Vazquez explains. “He helped launch a realism that Brando and Dean later became famous for.”

Although his plate is already full, it’s impossible to not wonder what avenues the veteran actor wants to explore in the coming future but  “it is tough to answer” even for himself.  Regarding acting and filmography, Yul says he still has many things he is yet to explore, although at a slight stupor because “I couldn’t name them!”. He explains that his selective ritual is a gradual process where “I read something and as I’m reading I begin to see something or a feeling happens. It’s when I see what I can bring to a role that the excitement begins.”  As far as his photography goes, Yul tells us his plans to branch out with his camera, a Hasselblad Xpan gifted to him by Steven Soderbergh, which “shoots in a 24x65mm aspect ratio”, distinguishing it from other cameras and making the photos “quite cinematic.” After all, just like a good movie, photography as a thoughtful process of articulation and art “makes you slow down and think before you press the shutter.”