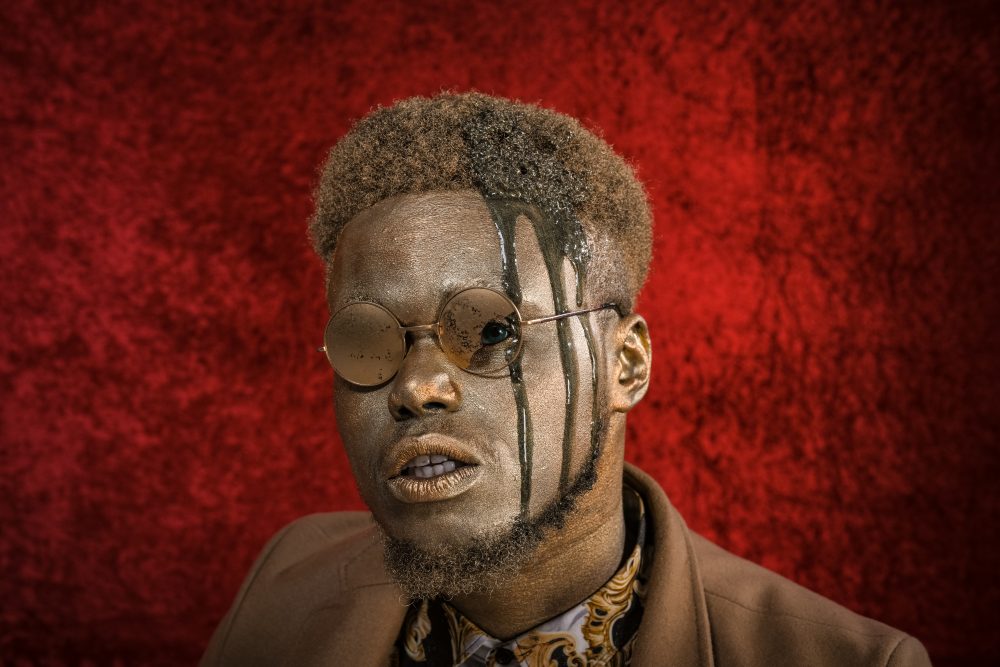 If you haven’t heard of XamVolo yet, his name is one you should be taking note of. Hailing from London but based in Liverpool, Xam’s music is often described as neo-soul, but his sound dances between genres seamlessly: going from jazz to pop in a simple riff. A self-taught polymath, Xam is in complete control of his music-making and production, reinventing the beloved genre of jazz and soul with a contemporary fresh approach that fuses electronic elements with old school innuendos and timeless pop with a primarily conceptual approach. But don’t take his hands-on approach for granted, he’s also worked with top-tier producers.

The album, divided into two clear parts and charged with symbolism, tells a neo-noir story in an inventive, narrative and almost interactive way that challenges the outdated album format — even creating a bonus track through the merging of its intro and outro. A clear testament to Xam’s genius, we catch up with the mastermind to talk about his influences, creative process and what we can expect next from him.

When did you first discover jazz and soul?

Soul has been around me since I was born; even though my parents didn’t play much of it around the house growing up it was culturally inescapable. Jazz was different; a lot of my mid-teens influences were neo-soul artists — Erykah Badu, Jill Scott, Musiq Soulchild, etc.) — and eventually I realised how deeply a lot of that culture was rooted in Jazz. Not many people around me really cared for it in its purest form at the time, but once I could identify it, I started seeing its influence everywhere.

Your sound is often dubbed as neo-soul and jazz. If you had to, how would you describe your sound?

I think I’ve settled on Jazz-Influenced Electronic Soul. There was a point where I wasn’t a fan of being labelled as one thing; I feel like most artists are afraid to do that because it leaves their work open to direct comparisons to others in the same pigeonhole without the need to pay much attention to detail. What I’ve realised over time is there are few who actually care which genre music is classified under — most people just want to connect with something, so I’m happy to go with whichever makes it easiest to describe.

Do you like or dislike the fact that people still try to ascribe certain sounds that might be more ground-breaking into more traditional musical genres?

I like it; I think it’s necessary. Music is such a powerful medium and people have done a lot of work tapping into why it hits so hard and how — there’s still so much we don’t know about it. When I see someone doing something new in a familiar space, not only does it tell me that [that] person cares about their craft, but that they also care about the people they’re connecting with. Too much mass-appeal with no other consideration is a bad thing; too much music theory and no coherence isn’t any better. 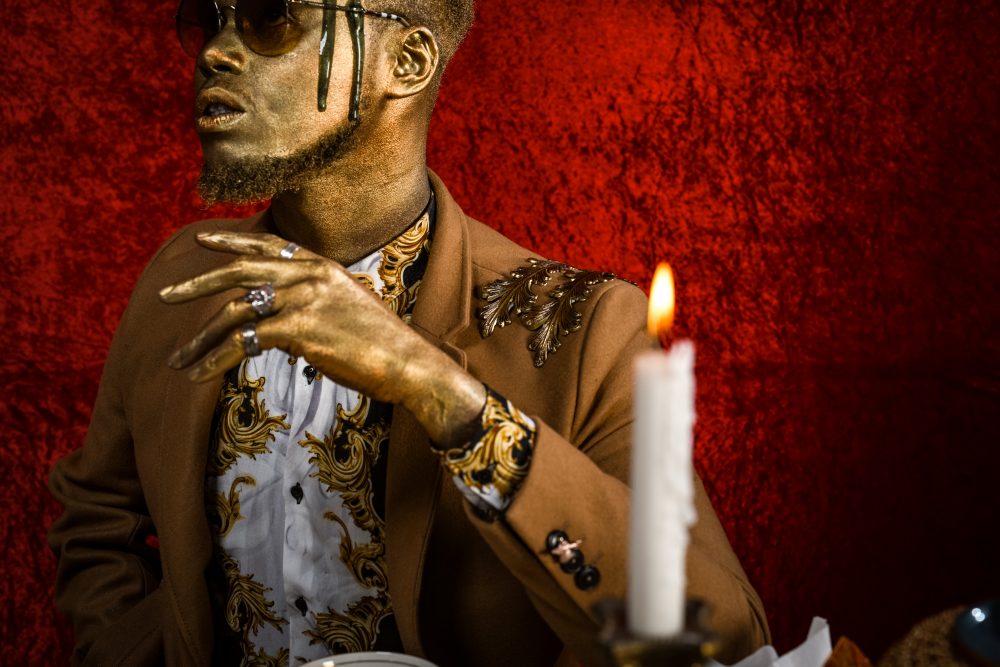 All The Sweetness on the Surface is from a lyric in the twelfth track. “Cathedrals”; I was initially going to call it “…& The Hive” but that line kept coming back to me. It’s referring to an outward vision of perfection, the shiny façade we imagine our ideal lives to have. The plot of the project is about desire, ambition and the role they both play in setting us apart from other animals — if there was no need to aspire towards anything, what would that do to us?

This is your debut album, what are you most excited for people to hear? Is there an underlying message you wish to convey?

There are a few album cuts that I wish came out sooner, but to be honest all I want is for people to listen to the project from beginning to end. It’s all based around a fictional hive filled with Honey (Slaize), which, if consumed, will grant your every desire, material or otherwise. The story plays out chronologically: [it] starts with an air of ignorance, then scepticism – curiosity then concession – before seeing the character lose control and suffer through the side effects of having everything they’ve ever wanted all at once. 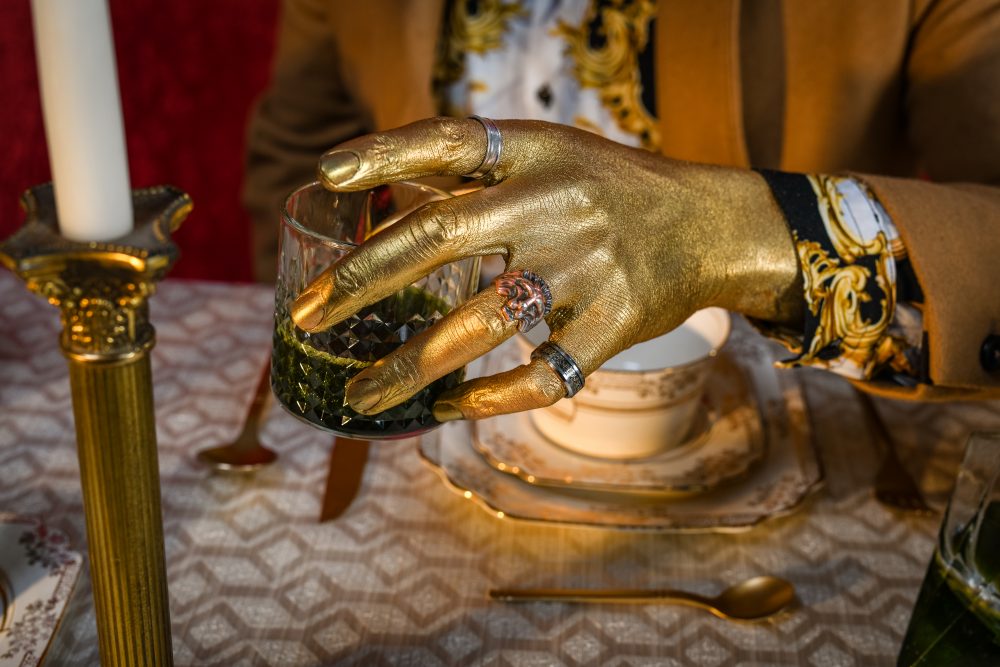 The album’s opening track, “The Surface”, and the closing track, “All The Sweetness”, can be combined to create a third polyrhythmic track. Was that a challenge to make? How did you come up with such an innovative idea?

I really just wanted to do something I’d never heard before. It’s very hard to find something no one has done before, though. The second half of the album loosely represents different types of drugs; I used real-world references to symbolise the multi-staged side effects of Slaize. “I Win You Lose,” for instance, is meant to be the alcohol stage, with lazier instrumentation and unsophisticated, arrogant lyrics, whereas “Alive” is more like cocaine: intense, loud and straight to the point. I wanted to a really intense hallucinogenic experience as the final side effect, but it needed to feel transcendental. Eventually, it came to me to have the character before the experience (The Intro) interview themselves after the experience (The Outro), but on a plane of existence above the music. I guess that was another reason for the album title: the true and final side-effect of Slaize can only be achieved by putting “All The Sweetness” on “The Surface”.

Do you have a favourite song?

Production-wise I would definitely say “Alive.” It’s one of the self-produced cuts and I’m really proud of how it turned out. Lyrically I would say “Beast” as it captures a specific sentiment I’ve held for a while: “if I could do away with the rules of society life would be so much easier, but could I do without all the benefits that come with walking through life as a human being?” – took about five tries and two stole computers to get it to sound right, but it worked out in the end. 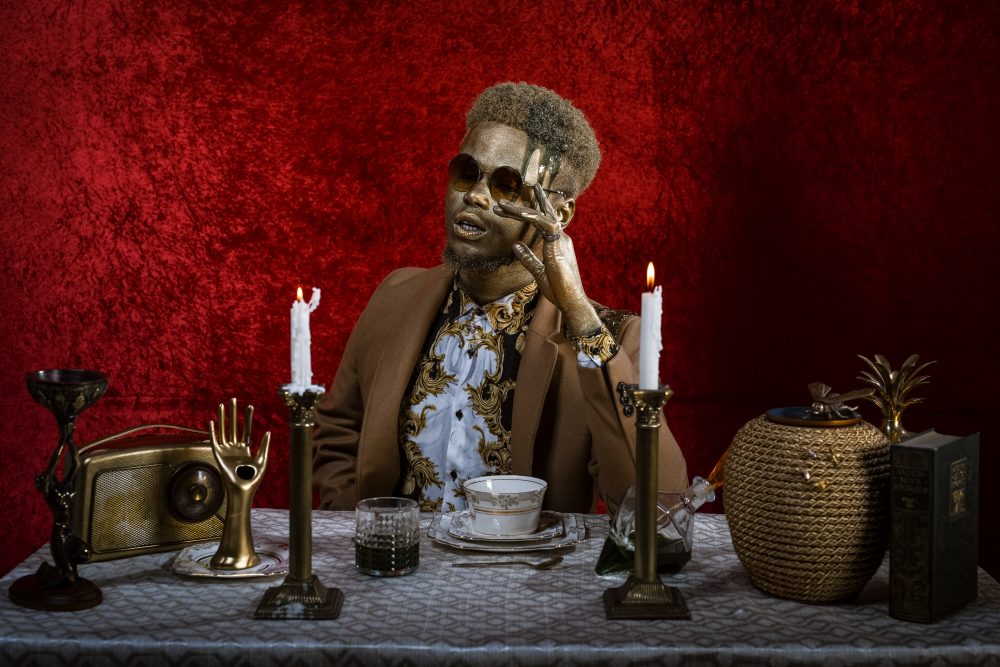 How’s the process of working in this album been like?

It started off really intensely; I spent a criminal amount of time in the studio – mostly alone – for about 14 months. I hadn’t collaborated with anyone properly before, but before I knew it I was working with people both in the UK and overseas who have been part of some great projects. I had the liberty to get lost in the process – to really hone and develop my skills as a writer and producer as well as come up with a fully fleshed out out the concept idea. Towards the end there was a lot of waiting around for things to be released – that was where I began to overthink things a little. There’s a time for everything though and I’m glad it’s now out in the world.

You’ve been compared to Leon Bridges, Frank Ocean and Anderson .Paak, among others. How do you feel about that? Do you like comparisons?

I have a minor issue with those types of comparisons; it’s nothing to do with my own ego (I hope). I hear Leon Bridges, Frank Ocean and Anderson .Paak and I don’t really hear much in common between them! I understand there are common themes when you take four or five steps back, but they’re all very different artists to me; nuanced representation is very important. High praise on all counts nonetheless, I’m a fan of all of them – they all bring something different to the table and definitely have inspired me at one point of the other.

You mentioned Erykah Badu, Jill Scott, and Musiq Soulchild before. Who are some artists you look up to, dead or alive?

Though this is your debut and just coming out, are hopping back to the studio soon? Are you working on any other projects at the moments?

I had a lot of time to work on demos last year; I would really love to do a concept again but I also have some vibes that’ll stick on their own. I thrive off feedback, so now [that] All The Sweetness is out, I can use that energy to inform my next steps. Always felt uncomfortable creating in a vacuum; for me, it’s three parts pen, one part perspective. 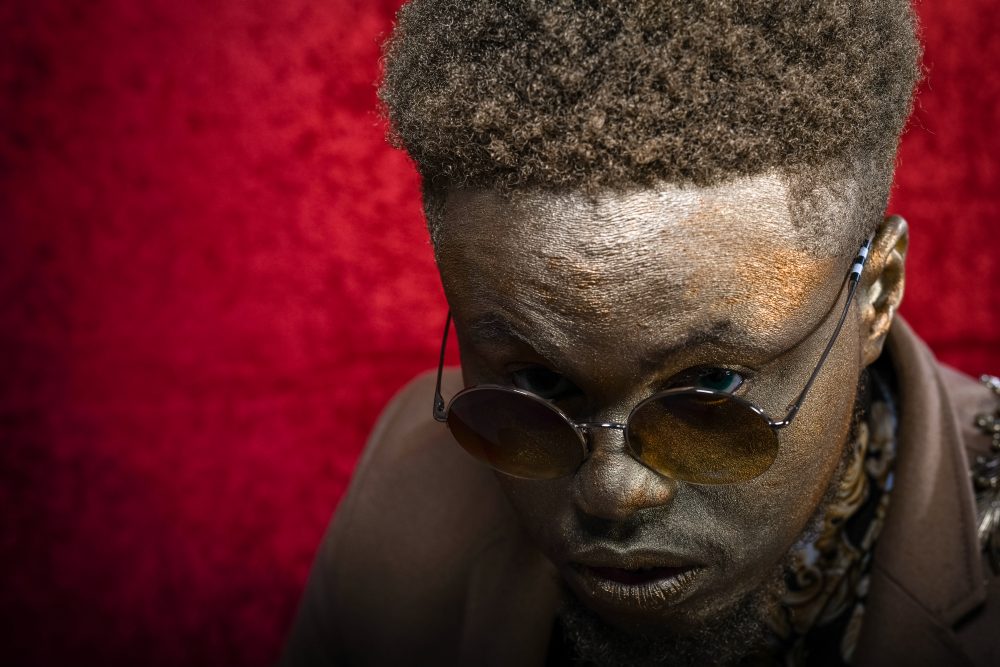 When did you decide to explore the unique intersection between old-school soul and jazz and modern electronica?

I think that came naturally. My first and pretty much only instrument is production; filter anything through that skillset and it’s going to sound electronic – the influence of extended chords and swung grooves of Jazz (particularly hard-bop era for me) goes so deep, I almost can’t not swing a groove in a song. I’ve garnered a taste for live instrumentation over the process of writing this album, so ill definitely be doing more of that – I always have a lot of respect for musicians who really know their instruments.

Can you give us an insight into your songwriting process? How important is songwriting to you as an artist?

Songwriting is the most important thing to me when it comes to music, almost for the same reason I believe book or film manuscripts are important. It’s the most human element. It doesn’t necessarily have to be political or culturally relevant, but I always strive to say something – anything. My process always starts with a voice note. I personally tend to flip between writing and producing: the instrumentation is informed by the melody up to a point, after which the lyrics and harmony have to fit around the drums and chords – drums are also super-important. It’s definitely case-by-case with lyrics; some take a couple of hours, some take weeks and weeks of editing. One or two cuts on the album have been half-written for years, even.

“All The Sweetness on the Surface” is cinematic in its own nature, comprising two defined “chapters” or parts. How do you hope to transpose that vibe into the actual visual aspect? Will you be coming out with videos soon?

No more videos planned as of yet; just the one for “Sins of a Soldier” – the whole idea for that one was a live-action version of the album cover. I worked with Robin Clewley, Jennifer Glynn and Nikki Dyer to realise my visual campaign brief, just to put the audio in a cohesive and effective visual space. It’s something that I hadn’t done before but it brought the project back to life for me after waiting so long for the release – I’m definitely doing that every time, just adds another dimension to the whole process.

“All The Sweetness on the Surface” comes out today, Jan.25. Listen to the album here and stream it on Spotify.