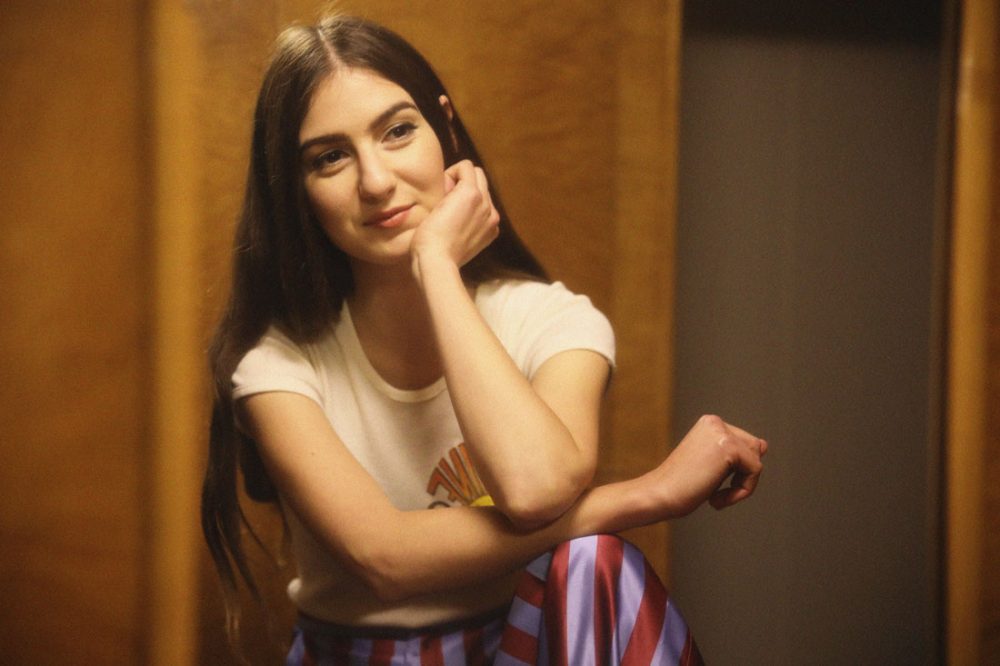 Trees ripped from their roots. Landscapes overwhelmed by floodwater. A population caught in the ebbs and flows of culture as the planet burns around them. Weyes Blood’s new album, the beautiful and dreamy Titanic Rising, isn’t so much a call to action as it is a reckoning with the world we’ve already created. Some songs explicitly deal with climate change, global war, overstimulation; others are low hums agitating contemporary anxieties, bringing a sense of finality to situations that might have in previous generations been considered banal. It’s frightening, to be sure; then again, maybe a haunting is what’s needed right now.

Weyes Blood, whose real name is Natalie Mering, didn’t set out to make a political album. But as the project grew and news became increasingly distressing, doing so became an inevitability. “Sometimes I wish I wasn’t just an artist creating content,” she admits, “but instead a political activist going deep on the system. But this is what I was born to do and what I seem to do best for now, so my music and videos become my political contribution.” The result “feels natural,” she says. “I can’t really help it.”

This blend of global awareness and potent introspection is not necessarily a great departure for the artist. Her previous album, the critically acclaimed Front Row Seat to Earth, contends with similar issues, a fact Mering readily admits. “They’re both theatrical concepts to hopefully heighten our awareness of the human experience in a bigger picture sense,” she states. Titanic Rising takes these concepts to new extremes, a move that brings with it an expanded sound palette. “I think I just had bigger ideas, bigger emotions. Things start to feel more urgent as you get older… the grandeur of your accumulative emotional experience starts to transcend most reality.”

Equally transcendent is the album’s cover: a child’s bedroom, possibly Mering’s own, filled with water. “It was a huge fiasco, but [it] ended with fabulous results,” Mering remarks. In the final picture, a barefoot Mering stares at the camera, almost as if just realising how thoroughly the waters have broken through the membrane of her world. Behind her are trademarks of contemporary cultural worship: a stereo, a laptop, posters and more.

In an alternate take, she casts her eyes out the window, where a hazy yet revealing light is filtering in from above. Setting this up involved multiple planning sessions and an eventual chaotic two-hour photo shoot, which took place in a California swimming pool. “Once we had the room set up it was definitely exhilarating for me,” Mering reveals. “I was in my element.”

Mering’s image for this album is one she’s curated herself – the cover was her idea, and the final execution was a collaborative effort between her and photographer Brett Stanley. In this spirit, she directed two music videos preceding the album, “Movies” and “Everyday,” utilising a skill developed during the roll-out of her previous album. “I’ve directed two other videos – “Generation Why” and “Do You Need My Love.” I always wanted to direct. I get such a thrill from putting moving images to my music. To me, it’s all very similar, music-making and directing. It’s all about capturing the transcendent essence of an emotion.”

Another manifestation of Mering’s artistic touch comes in her representations of darkness, a theme throughout much of the album’s imagery. “I enjoy a late night of quiet and darkness. It helps me focus on more esoteric ideas,” she notes. “The daytime feels so busy and anxious to me. The early mornings are also incredibly still and easy to work in – sometimes if you stay up all night until the sun comes up you can get a bit of that magic too, but with more negative repercussions.” 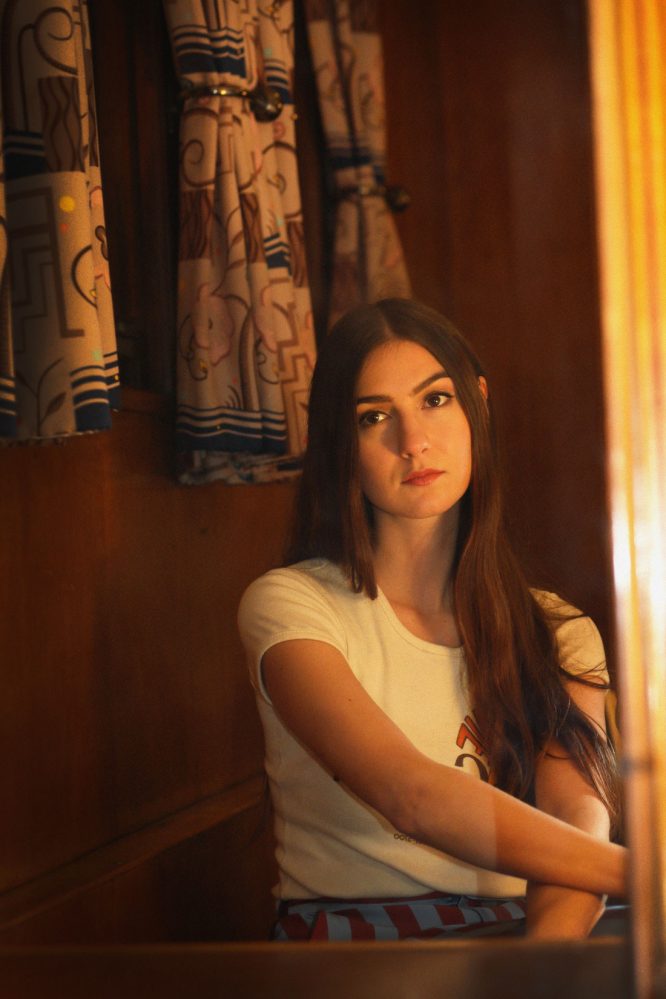 Titanic Rising’s overall message might centre on global consciousness, but the album’s most resonant moments come in its exploration of personal pain and interpersonal trouble. The anxieties that span Mering’s work may lead one to believe she is an especially fearful or nervous person, a claim she refutes. “I’m not the most anxious person, actually,” she insists, “but I do lead a relatively solitary existence, which can be lonely at times and rewarding at other times.” Still, Mering has an acute awareness of the perils of being an individual confronting such massive issues. When those feelings overwhelm, music provides respite. “It’s an outlet and a solution because it channels that negativity into something that helps other people.”

Climate change ranks high among Mering’s concerns. The topic is referenced several times throughout the album, and it is explicitly confronted on the track “Wild Time.” Titanic Rising’s title also plays into this idea, the false notion that technology can somehow overcome nature. “I think I’m inspired to talk about climate change because it threatens our very existence,” she says. “[It’s] definitely at the forefront of my mind and a lot of other people’s minds, too.”

New listeners to Weyes Blood may have previously heard her as a feature for artists like Perfume Genius, Father John Misty and more. In her own work, she tends not to bring in outside artists, instead focusing on conveying her message as personally as possible; however, future guest features are not out of the question. “I’d love to sing with John Grant, have Michael Nyman arrange something on my album, have a little jaunty jam with Paul McCartney, harmonise with John Cale, write an abstract email to Brian Eno. You name it. I love music.”

Even as the album is now released and she must concern herself with the logistics of performing and a press tour, Mering can’t help but keep her social consciousness. “I am worried about the children being held in cages at the US-Mexican Border, the gigantic populations that live off fish and seafood for their well-being, the dolphin populations and the killer whales,” she trails off. Still, on the horizon, Mering sees hope, represented by the minor successes of today. “I’m excited about [Alexandria] Ocasio Cortez, Greta Thunberg and that Us, a genre-bending psychologically complex ‘horror’ film was the number one movie in the world.”

‘Titanic Rising’ is out now on Sub Pop Records. Stream it here.