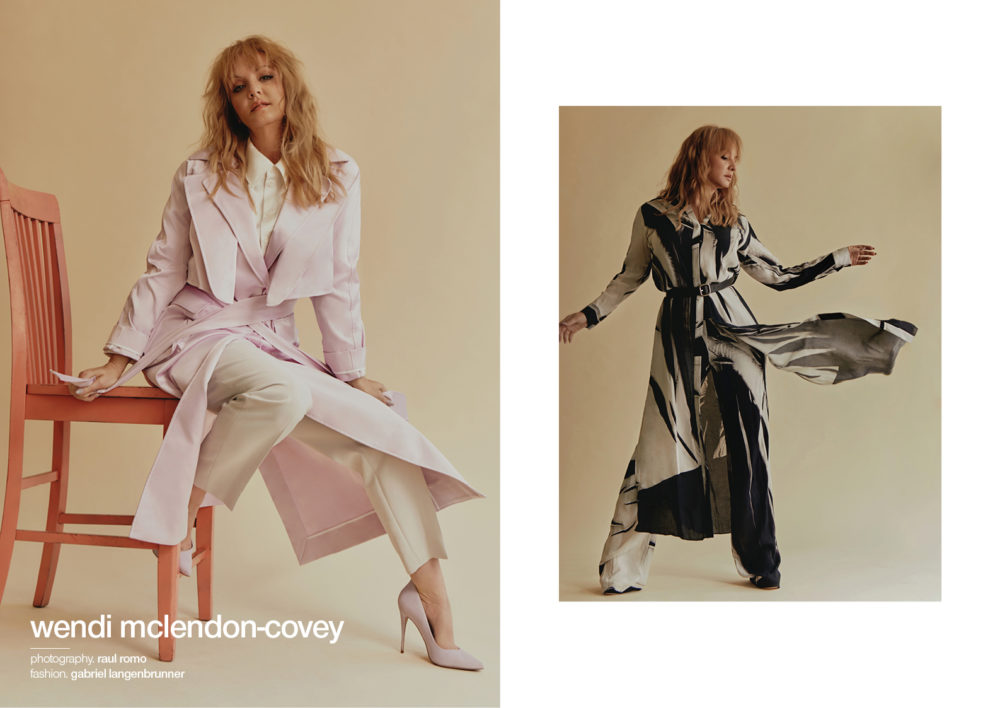 Wendi McLendon-Covey wants to do more than just make you laugh. After years of comedic feature roles, McLendon-Covey eventually landed Bridesmaids, delivering a powerhouse performance that catapulted her into the mainstream — and caused her to dramatically rethink how she approached acting.

Today, her roles are as diverse as she always dreamed. She now stars as the passionate if a bit overbearing Bev on ABC’s The Goldbergs. She also has a series of both dramatic and comedic films on the horizon, featuring in the upcoming Sylvie’s Love starring Tessa Thompson and starring in Blush, which will be available on-demand from April 10. Schön! spoke to McLendon-Covey about her upcoming work and her journey from Reno 911! to today.

You began acting from your time in Groundlings. As you got more acting gigs, did you always want to stay in comedy?

I never wanted to just do comedy, but those were the only projects my early agents and managers would send me out for because they knew I’d book those jobs! After a while, I had to put a different team together with people who believed in me and understood that I actually could do other things.

Reno 911! was your first consistent television gig. What was the biggest lesson you learned from being on Reno 911!?

The biggest lesson I learned from doing Reno 911! was how to improvise lengthy scenes. That’s been a really useful skill because I’ve been asked to improvise entire scenes last minute in movies that were scripted! I strongly recommend that all actors learn how to improvise. I also learned very quickly that just because you’re on a series doesn’t mean you can get comfortable and stop trying. You always have to be sowing seeds for future work. 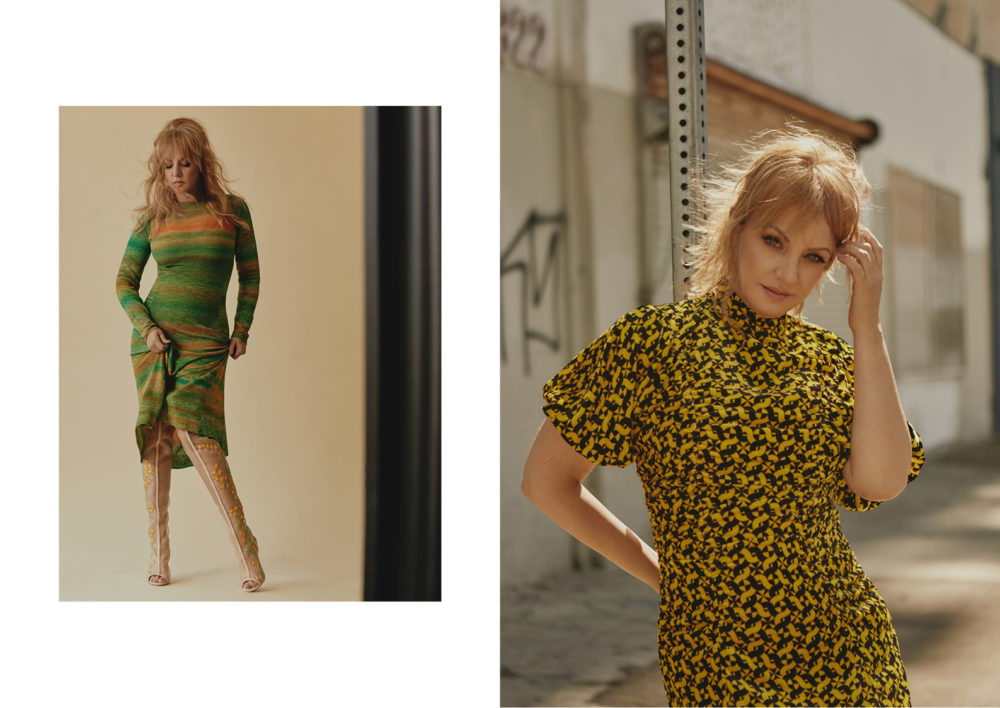 Of that “future work,” what was the role that you’d say changed your life the most and why?

There were two projects that I credit for changing my career in a big way. One was Bridesmaids, because not only did it put me in front of a huge audience, it gave me the strength to leave my terrible manager who was convinced the film would flop. I got a new team and I’ve hardly had any downtime since! The other project was a television series called Rules of Engagement. I was brought in for one episode, which turned into fourteen episodes and was the reason I ended up doing The Goldbergs and the movie Blended.

When you were pitched the role of Bev in The Goldbergs, what did you like most about the character?

I loved that she was so relentless about loving her family. Nobody wants to have an overbearing mother, but it sure is fun to play! The show’s creator Adam F. Goldberg showed me clips of his home movies, and I immediately fell in love with the whole crazy family and the whole concept of the show. I also loved her commitment to glamour; if you’re the stay-at-home President and CEO of your family, you’d better not let yourself go! Even if you’re spending the day ironing underpants in the living room while watching Donahue, put on a cute outfit and a face full of makeup! You never know who’s going to stop by. 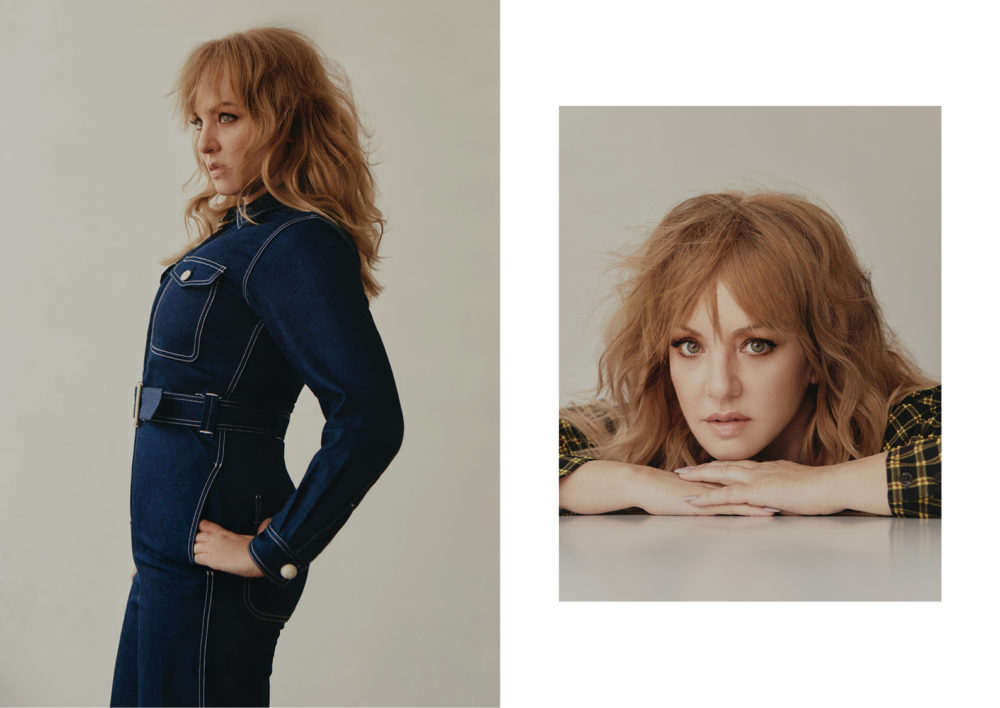 How did you develop that natural familial chemistry with the cast that we see on-screen today?

The chemistry we have on-screen is completely organic and has been there from the start, which is extraordinary. We didn’t have the luxury of rehearsal before starting the pilot, so the first time we were all together for longer than 30 minutes was the first day of shooting. I loved our cast from that very first day and knew that I would be heartbroken if the show didn’t get picked up.

Are you nervous about tackling dramatic roles like the one you had in Blush, and if so, how did you settle those nerves when shooting Blush?

I’ve done dramatic roles before, so that didn’t make me nervous. What made me nervous was jumping into a leading role on a project I didn’t have much time to prepare for, because I’d shot two movies back-to-back in Atlanta that year. I even told the director Debra Eisenstadt that I wouldn’t be offended if she wanted to replace me. But ultimately, I think me feeling completely off-balance actually worked for the part.

What was the most challenging part of shooting the film?

The most challenging part of shooting Blush was shooting the story out of sequence, because that meant that I was emotionally all over the place every single day. That was tough, but I learned that I can turn on a dime and make adjustments quickly. 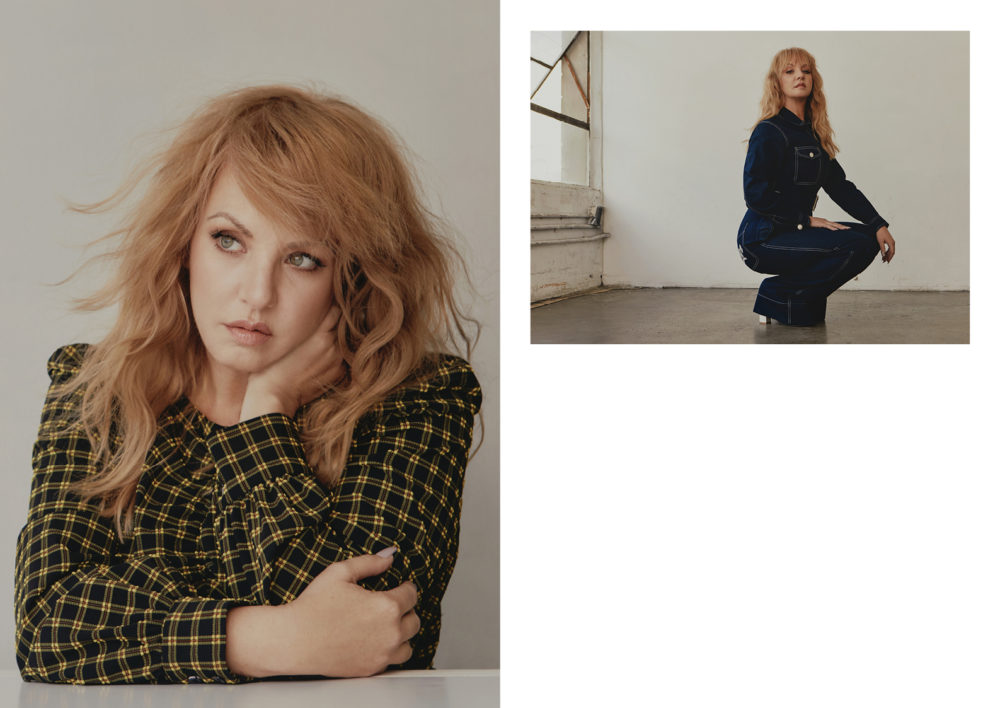 We know you also do charity work. How has charity played a role in your life, and what charitable projects are you engaged in today?

When it comes to charity, my parents raised me to always give back but NOT to toot my own horn about it. So my husband and I donate certain charities with no fanfare whatsoever. But two organisations I mention a lot are the Creative Coalition and Write Girl. The Creative Coalition is responsible for lobbying on Capitol Hill to keep the National Endowment for the Arts funded. I’ve been one of their delegates on the hill several times, and we’ve always gotten results. Keeping the National Endowment for the Arts funded directly affects organisations like Write Girl, which is an amazing program that teaches writing skills to girls from 14 to 18 years old, many of them from underserved communities. They have a 100% college acceptance rate, so obviously it’s an effective program.

What keeps you motivated?

I stay motivated by challenging myself constantly. I’m always trying new things, whether they’re career-related or just hobbies. I bought a sewing machine a while back, and I’m not half bad! I’m doing more writing. I’m doing more animated projects. I’m busy constantly and should probably take a vacation before I burn out, but I have no idea when I’m going to do that.

Lastly, do you have any fun recent cat stories to share?

I have six cats; three of them are Siamese. One of my Siamese boys has learned to open drawers, pull things out, and throw them on the floor. So much fun to listen to at 3:00 am! 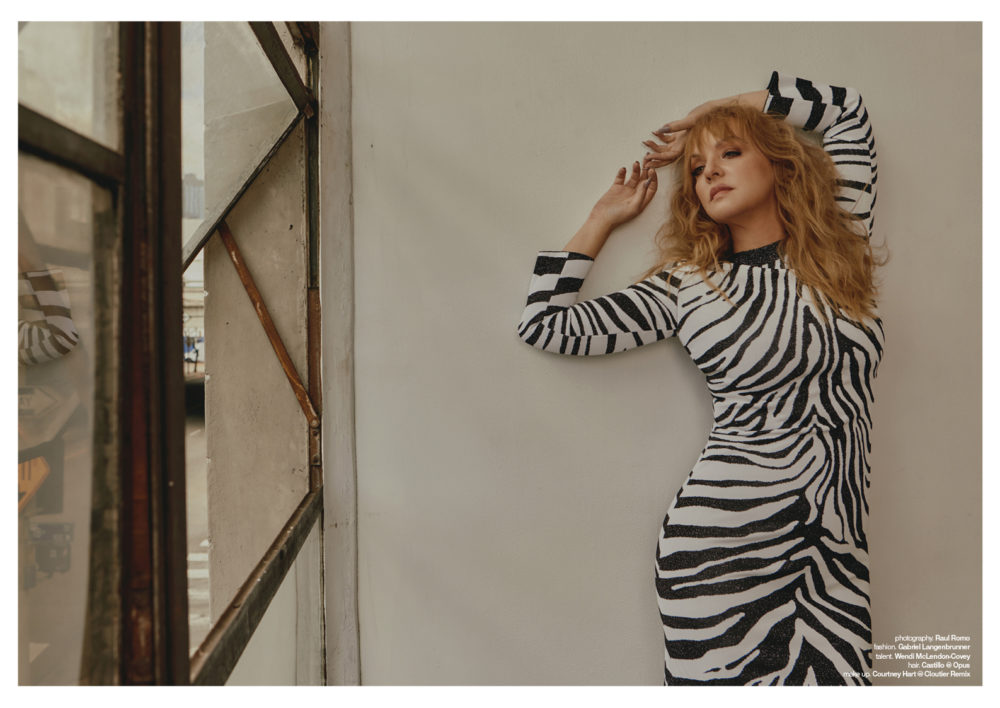 ‘The Goldbergs’ returns April 1 to ABC.