When photographer Wayne Lawrence moved to New York, it was his St. Kitts upbringing that drew him to the waters of the Bronx’s notorious Orchard Beach; but it was the vibrant people he discovered there that had him return summer after summer. Just like the late Gordon Parks, Lawrence uses his camera ‘like a weapon’, drawing attention to those communities forgotten or prejudiced in the media. The product of a conversation, an interaction, Lawrence’s series and book, Orchard Beach: The Bronx Riviera dispels the negative stereotype its subjects have forged, through highlighting the experiences we share as humans. The captivating result of both love and loss, we talk to Lawrence about his six-year project. 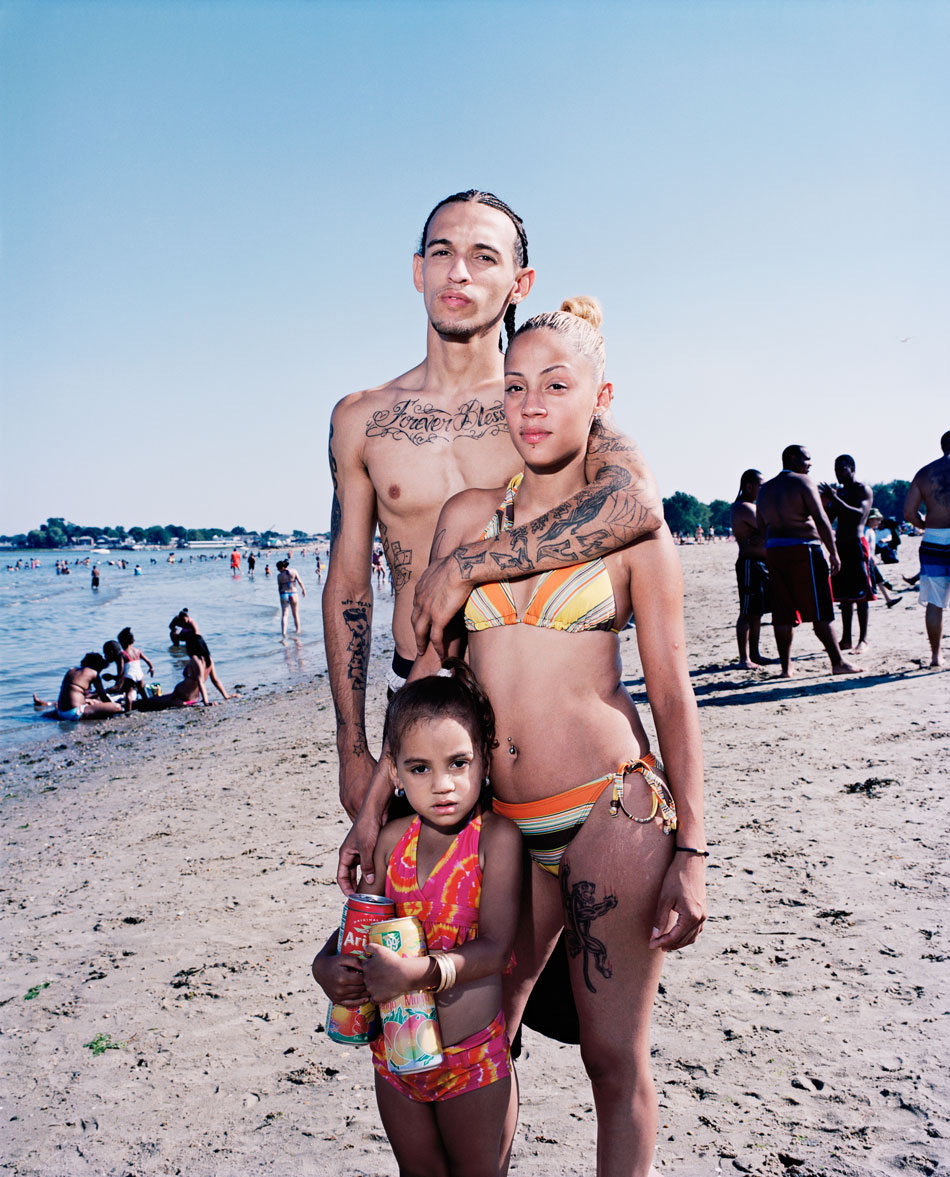 Can you explain a little about the process of creating Orchard Beach?

I would just go to the beach and try to make connections and talk to people. Every photograph is the result of a conversation.

How did you choose the people to be in your photographs?

A big part of it is by studying body language, I would try to be open to any experience that would come my way. I didn’t go with any preconceived notions of what picture I was trying to get, I would just try to connect with people and see what happened.

Were most people happy to oblige?

Most people yes, there were some people you could just tell, no matter how many times you ask – you’ll never get their photograph. But for the most part, I think maybe seventy to eighty per cent were happy with it.

Have many of the people who feature in the series seen it themselves?

A lot of them have seen it, over the years I would usually email the photographs to people. Everybody who’s in the book has seen their photograph – if their email address still works.

With Orchard Beach and a lot of your other work, you draw attention to communities who suffer discrimination – why do you feel it is important to do this?

There needs to be as many positive images of communities of colour and working-class communities as possible, because they’re almost non-existent… I choose to do this work because these are the communities I identify with; I grew up like most of the people who I photograph, so it just feels natural.

You’ve cited photographer Gordon Parks as an inspiration – do you feel the discrimination he documented is as rife now as it was in the mid-Twentieth Century when he was taking pictures?

No I don’t think so, but I think his approach is what’s inspiring – to use his camera as a weapon. Obviously it’s not like it was in the Seventies, we still have some issues, but for me it’s all about the positives. My aim when I step outside is to create these images that are positive, that are dignified portraits of the people that I meet. All our experiences are different, so it’s hard for me to say exactly what people are going through, but I just approach them as human beings, because we are connected and deserving of respect, and that’s what I want to portray in my work. 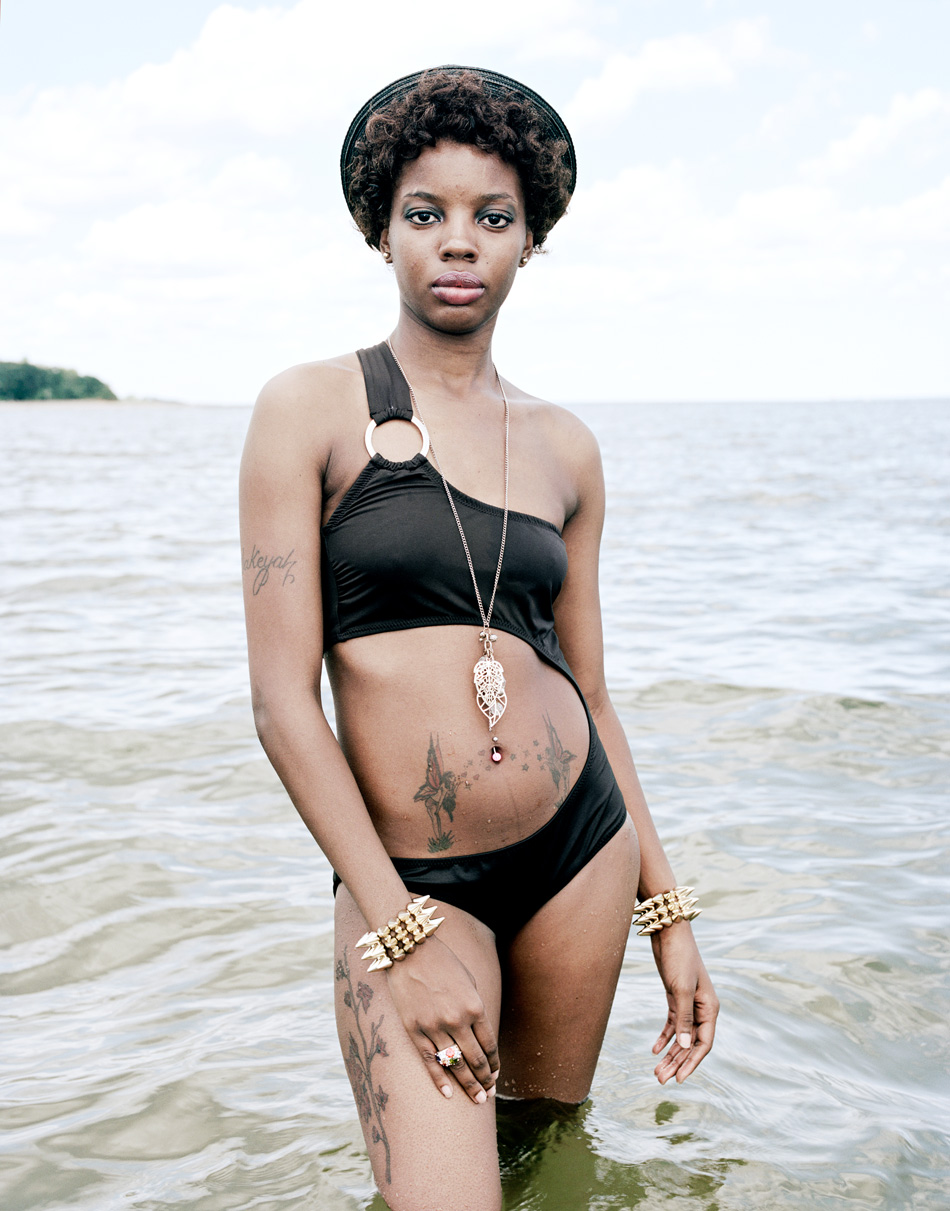 Do you feel you owe it to your subjects to show them in a dignified manner?

Yeah it’s just who I am, this is how I would like to be portrayed… I just feel like I want to contribute something to humanity, I want to try to contribute something to humanity. I’ve shot fashion pictures, I’ve shot other types of pictures and it just doesn’t do anything for me. I look at my people and I want them to feel the love that I experienced when I met them and we had that conversation. That to me is just as important as the picture itself – the engagement with the subjects and the energy.

What message do you hope to instil in the viewer from this series?

That people are people, no matter where you go. We are all the same, we are connected and we all want to live good lives, and at least try to leave this world a better place for our children and grandchildren. That is my message, it’s very basic, it’s very straight-forward, I just want to do what I do – what I’m inspired to do.

You spent six years on this project, why so long?

It took six years just because it took me that long to find my voice, and finding my voice meant asking myself some serious questions: What was I really trying to say with the work? Could I just go in and get fifteen good pictures and call it a day? Or was I going to be as honest and true to the story as possible? Every year when you think it’s almost there, you get a new picture or new experience that challenges you, and shows you you’re not there yet. So you go back every year to find the missing pieces to make it work, and it took a really long time. I made a lot of mistakes, a lot of times you shoot portraits and you think you have something there, and it’s not there. You didn’t really make that connection. Even though I’ve shot hundreds of people, the percentage of images that actually worked was very low. I think it really started coming together four years into the project – around the time of the recession, more families started coming to the beach, around 2008 – so that’s when most of my family pictures start coming into the series. That was the most important part of this body of work, to just shoot individuals is one thing, but once you start showing the family element you start feeling more of a community. 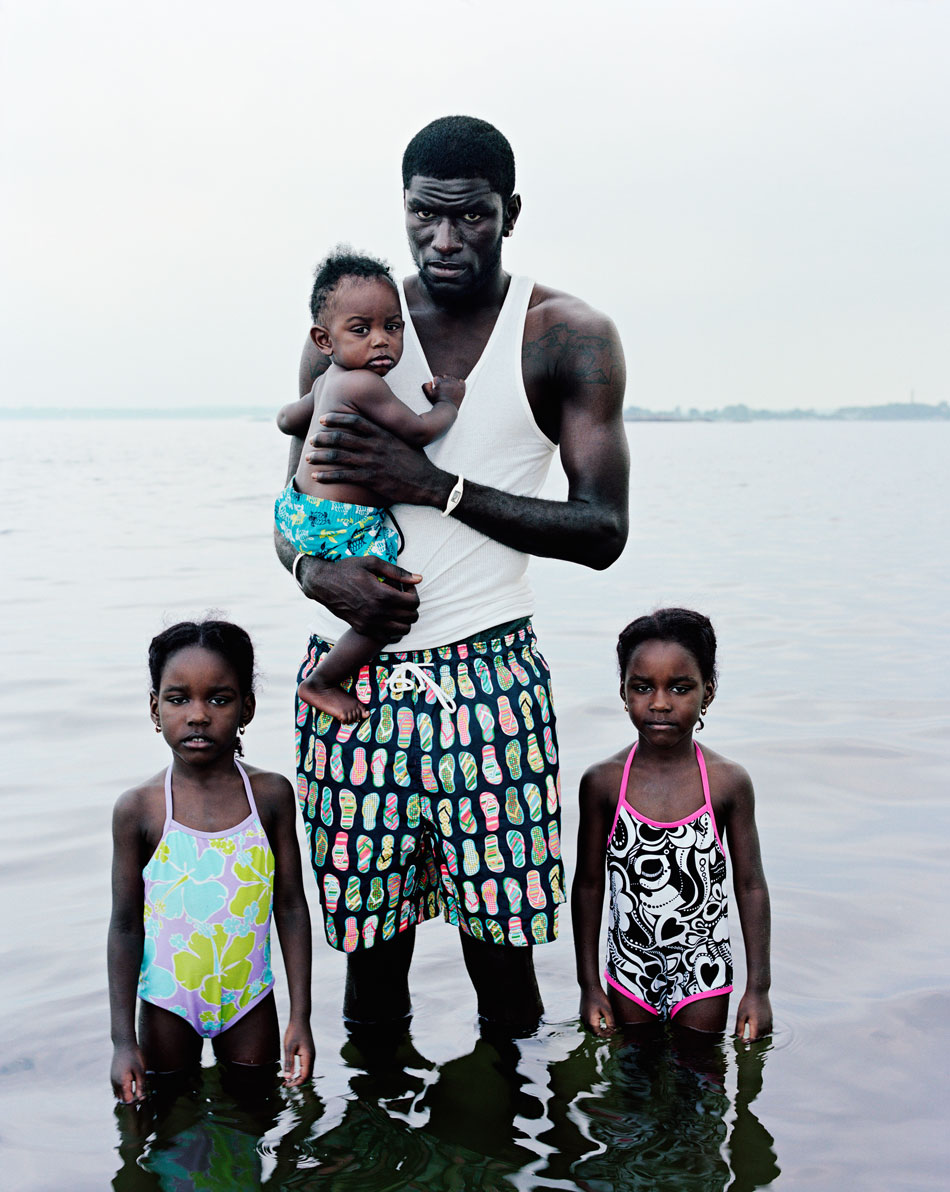 How did you know when it was finished?

I could have shot this story forever, but at a certain point you have to say, ‘Do I have enough here to make a work?’ I still have some disappointments with it, because I had actual relationships with the subjects and some didn’t make it into the body of work because their portraits weren’t as strong. So that’s one downside, but overall I think I did it justice.

What have you learnt from this project?

I’ve learnt so much it’s hard to say everything, some of it is unspoken. It deepened my love for people. I’ve definitely grown with this project, a big part of it for me was the healing, for a long time I was scarred with my brother’s passing, the connections that I made at Orchard Beach and being able to walk by the water really helped me with the grieving process.

What are you currently working on?

I’m working on a series of portraits of African-American Orthodox Jews in New York, and I’m also thinking about going to the Dominican Republic because of the situation there for Haitian workers.