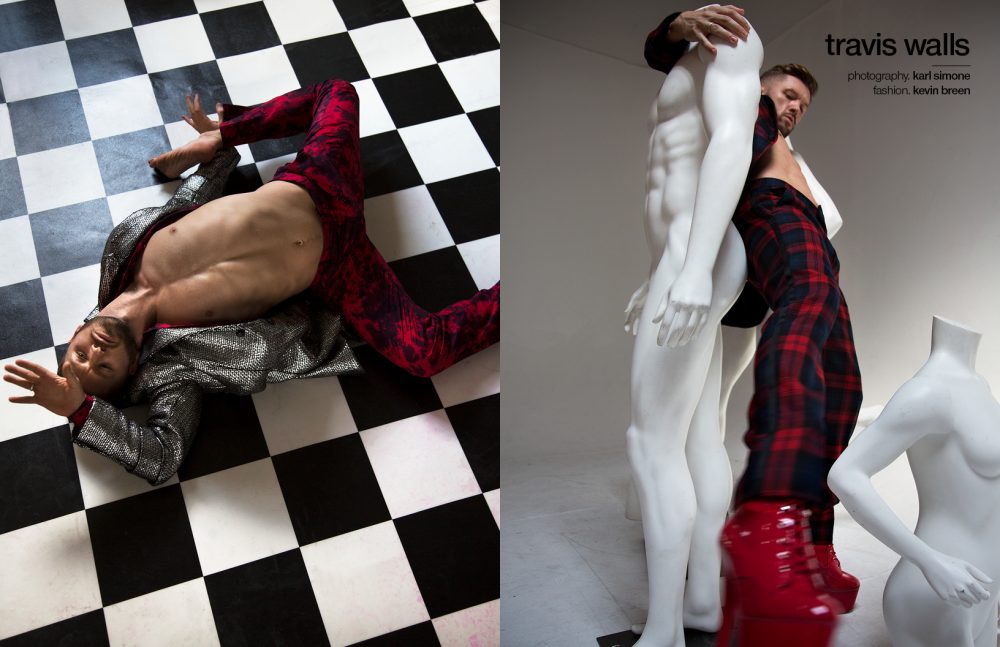 Dancing is using one’s body as a graceful mean of expression — and Travis Wall is a prodigy in this art. Having gotten his start at age three, there’s no denying dance runs through Wall’s veins. Now 32, Wall has proven his place as one of the most distinguished choreographers of his time —  time and time again. He’s a two-time Emmy Award-winning choreographer with nine consecutive nominations since 2011 for his work as the acclaimed resident on So You Think You Can Dance. He is the only choreographer to ever been asked to supervise the prestigious Macy’s “Stars of Dance” segment on Dancing With The Stars thrice and was part of season two of Step Up: High Water. He is currently working on his own Off-Broadway musical, The Wrong Man, and will next be seen on FOX’s upcoming dance reality show Flirty Dancing.

But, on top of all these outstanding records, Wall also has time for political activism. He recently launched the hashtag #BoysDanceToo to shed light on the importance of the recognition that boys can dance too without being stigmatised and is a fierce gun control advocate. He also has choreographed many routines inspired by the ache of heartbreak and personal change. Even if the artist’s life is all in movement, he takes the time to sit down and exclusively talk with Schön! about what drew him to dance, how his feelings and thoughts inspire his professional career and the paramount importance of vulnerability. 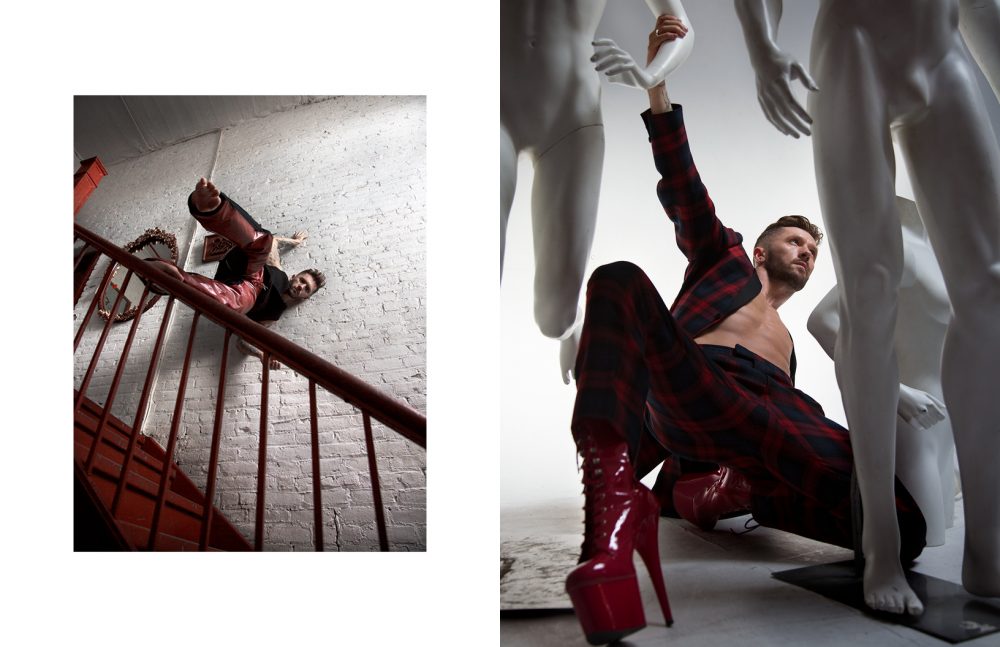 You have danced since the age of three and got your first professional job when you were only nine. What motivated such an early start?

My love for performing as a child is what motivated the early start. I got a bit of the acting bug when I was nine in the commercial and from there, I just knew that I wanted to perform at a young age — and not just perform in dance competitions but work professionally. I moved to New York City at 12 to do a Broadway show by myself and, basically, I’ve been hustling ever since I got here.

What drew you to So You Think You Can Dance in 2006, the show you are now a resident choreographer for?

My best friend was on the first season and I was too young to audition for that season so I literally had a calendar and I waited every single day to find out if they were coming back with season two. I knew when the auditions were and I just counted down the days because I knew that I wanted to be on the show. I wanted to get my name out there, I wanted to become a choreographer at a very young age and I felt like the only way to jumpstart my career was to definitely be a contestant on that show. 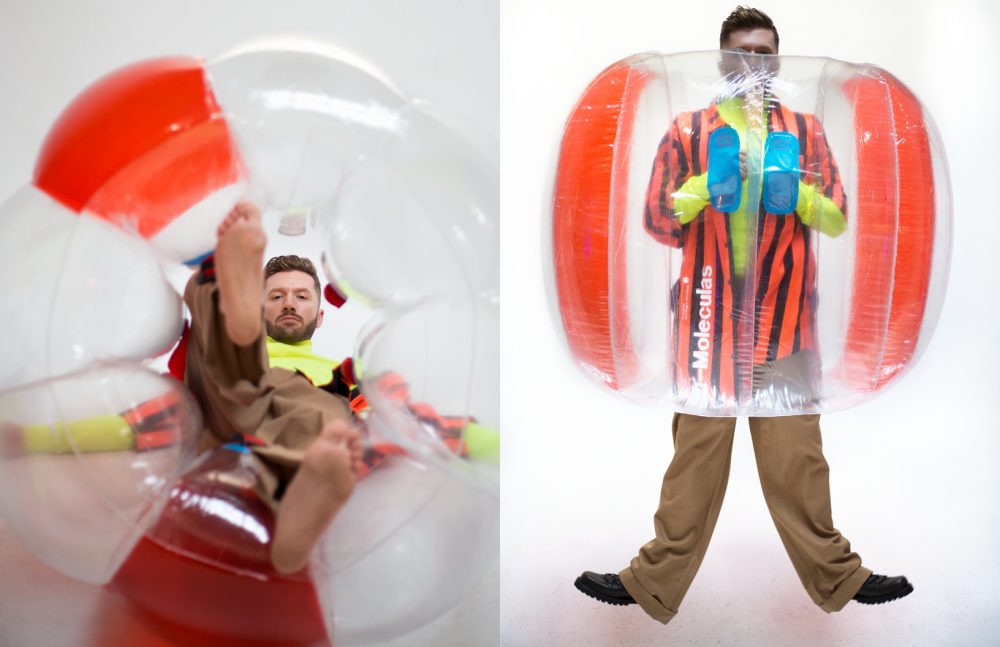 Your 2019 Emmy nomination marked your ninth consecutive nomination for Outstanding Choreography. Had you won, this would’ve made you hold the all-time record for the most awards won by an individual in that category. How do you feel about such an accomplishment?

I can’t put it into words. It’s really crazy. Obviously it’s such an honour to be nominated and it’s an extreme honour to win. I’m going to look back at this decade of my life when I’m a lot older and reflect on the work I put out there in my 20s and 30s. This is an awesome decade and all of it is on the record and I can’t wait to look back at it because when you’re in it, you’re just creating the work. I want to outdo myself and I’m always growing and learning and trying to improve. I can’t wait to look back at all of this someday.

Recently, you moved from the West Coast to the East Coast. As a dancer, but also as an individual, how has this change of scenery impacted your creativity and your life?

Moving to NYC was by far the best decision I’ve ever made in my life. It has completely reinstated my love for creating. I went through a lot of changes this past year and also it just changed my life personally such as with my group of friends here and truly finding happiness and finding time for myself is because of New York City and it’s been really great.

You have mentioned how this process of moving out, as well as breaking up with your partner, made your 2018 very tough. Nonetheless, your professional projects were thriving. How does dance help you deal with the difficulties of your personal life?

When you’re completely heartbroken, you create from turmoil. I’m so glad I have dance in my life and that I’m able to create from pain and make something beautiful out of it. I had to do a lot of soul-searching after the breakup because I needed to find what truly made me happy again because I was so depressed and dance definitely helped me with that. At the moment, I didn’t want to create, I just wanted to find reasons to be inspired again and as I said before, NYC has definitely has been that driving force for me.

Your beautiful and very powerful choreography “Heart of Glass” is precisely about the experience of heartbreak. Do you believe your own vulnerability to be important creative driving force?

100%. My vulnerability as well as my ability to embody and empathise. You have to completely absorb the tone and feeling you are creating because if you don’t indulge yourself in where you’re creating from and why you’re saying what you’re saying, then it’s not going to affect people the right way. So that’s why my work is very emotional and it comes from passion. I put my full heart into every single piece I do because I truly care. 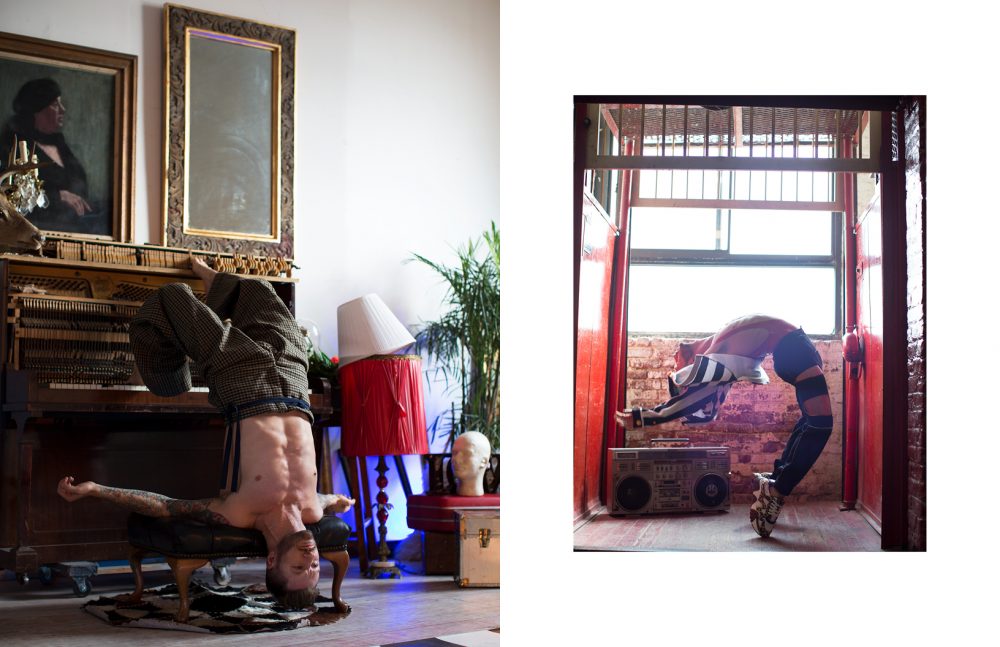 Speaking of the inspiration for your choreographies, you are also an activist. One of your latest choreographies on So You Think You Can Dance tackled gun violence. You also have already danced about the idea of gender and the pressure of society’s status quo, for example. How do you see dance as a medium to express these important issues?

Dance should make you think, it should start a conversation. If there are things that are bothering me and social issues that are going on in the news, I love making people think and I’m putting these pieces out there to make yourself ask yourself questions like how do I feel about this topic, where do I stand on it — and maybe my perspective helps you open your mind a little bit, like if you open a mind to that stigma that might be taught and not necessarily learned .

You recently stood up against Lara Spencer, who made comments about Prince George loving dance and ballet. This resulted in the hashtag #BoysDanceToo. What would you like to say to boys and men who fear dancing because of social stigmas?

I say this all the time: I beat to my own drum. I’ve always led my life with passion and love and when I hear negative things I use it as motivation and I push harder, try harder to prove them wrong and just to believe in yourself so much that it doesn’t matter what they think it’s just noise and you block it out. If you really want something and you have a dream then you need to spread your wings and fly and put yourself around a group of people that will do nothing but help you achieve those things you want so bad. 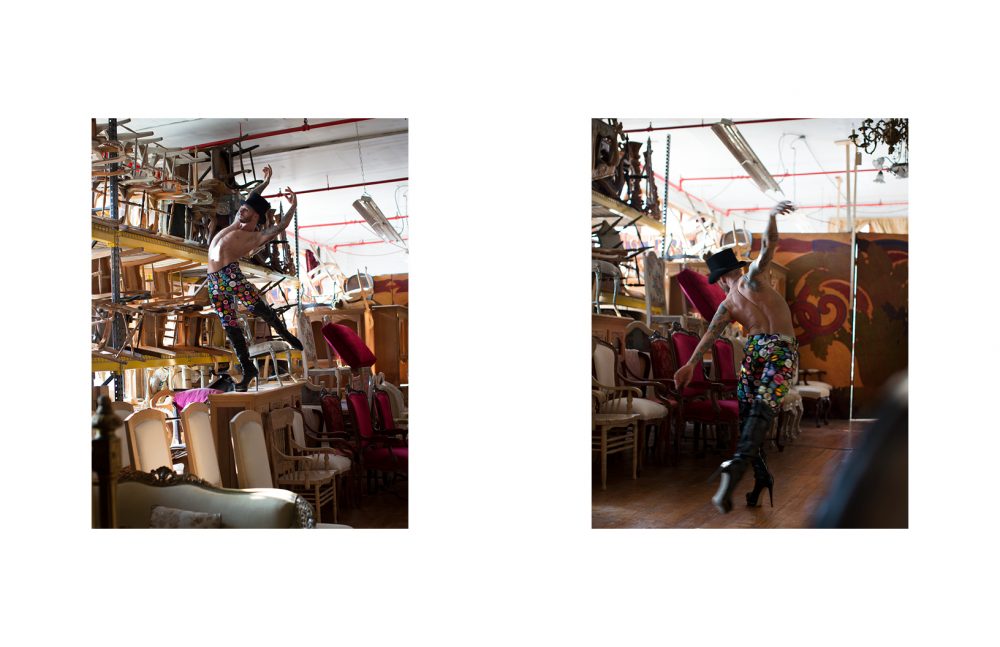 You are also currently working alongside platinum singer Ross Golan, winning director Thomas Kail and Tony Award-winning orchestrator Alex Lacamoire on the upcoming off-Broadway musical The Wrong Man. Can you tell us more about this experience? What are you most excited about it?

My favourite experience to date is The Wrong Man hands down. This creation process has been so great; the flow has been so continuous and there have been no corners hit. Working with Thomas Kail and Alex Lacamoire and Ross Golan and a cast of all-star people – it’s literally been a dream come true. I wanted to move to NYC to heal my broken heart and to work back on Broadway and to get a show and it’s all happening. I’m a kid in a candy store. I walk into work every day and can’t believe I get to work with some of the most talented and genius people I’ve ever met in my life.

As we have seen, your professional record is quite outstanding, but can you think of one particular moment in your career that particularly marked you?

I would definitely say it was this activist moment. Reading all the comments of people saying “thank you so much for sticking up for the boys” and the ballet class that we had outside and the kids that showed up and trying to use a protest as sharing love and compassion and education instead of hate and bullying, it was, to me, something that definitely stands out. That was just a moment of the dance community coming together and showing how strong we are and how our voices do matter and that, yes we’re dancers, but we’re pretty special humans. [laughs]

Last but not least: what are you now looking forward to, both professionally and personally?

A new day comes, and something falls into my lap and I’m just so excited to keep growing as a person and keep growing as an artist. I am super excited to get my autobiography back on its feet called Hollow Suit — I want to present that in NYC soon and have a documentary based off my life and what happened to me as a kid growing up and my journey. I’m really excited to open up The Wrong Man and I’ve got Flirty Dancing coming up on FOX which is a reality dance dating show. It’s basically The Bachelor meets La La Land and I’m super stoked and just ready to love the journey. 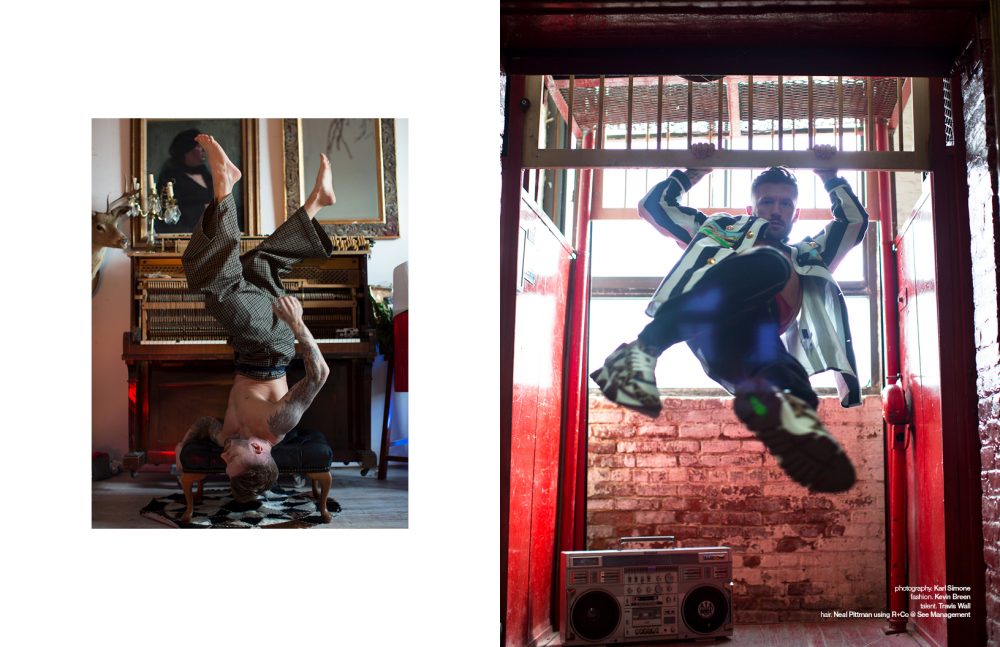 “The Wrong Man” is currently on in New York City Off-Broadway. “Flirty Dancing” will premiere on FOX this winter.