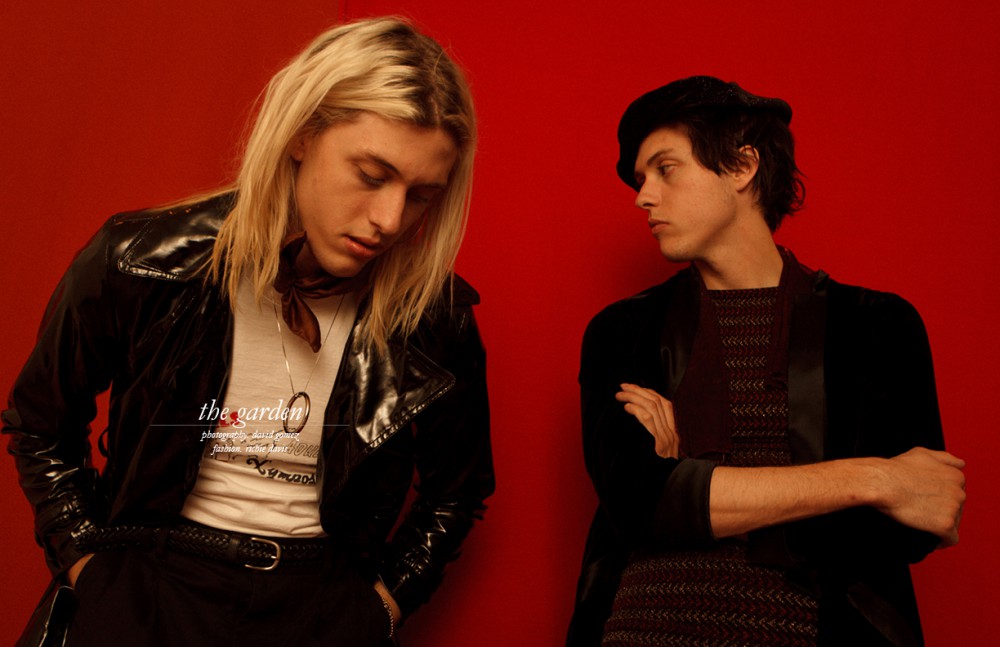 More than just pair of pretty faces, Wyatt and Fletcher Shears are truly the masters of their own universes, or universe rather, calling their own place Vada Vada. Its inhabitants are just as creatively free and strange as they are. Maybe you think you’ve heard their sound before. Maybe you think you know where they get their inspiration. I assure you, the music you hear is curated fresh from their mother’s garage without any outsider tainting the noise.

The Garden began as an experiment; a hodgepodge of sound without any real rhyme or reason, just an escape from the banal reality of Orange County, California and the basic life it offered. “We just made it up like a while ago when we were in high school. Now it kind of has a meaning, just about the way we write our music. As The Garden grows and evolves, so does our music. It kind of just coincides together,” Wyatt explains. The boys seem to have a silent communication as twins often do, but it’s an open armed weirdness that embraces the likeminded strangeness that makes brilliance happen. 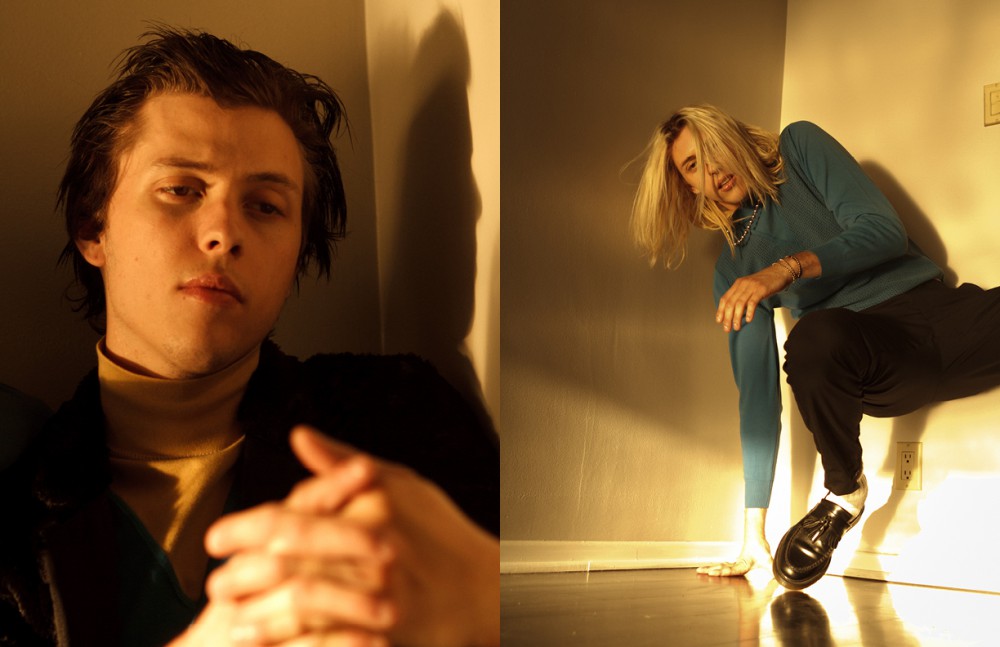 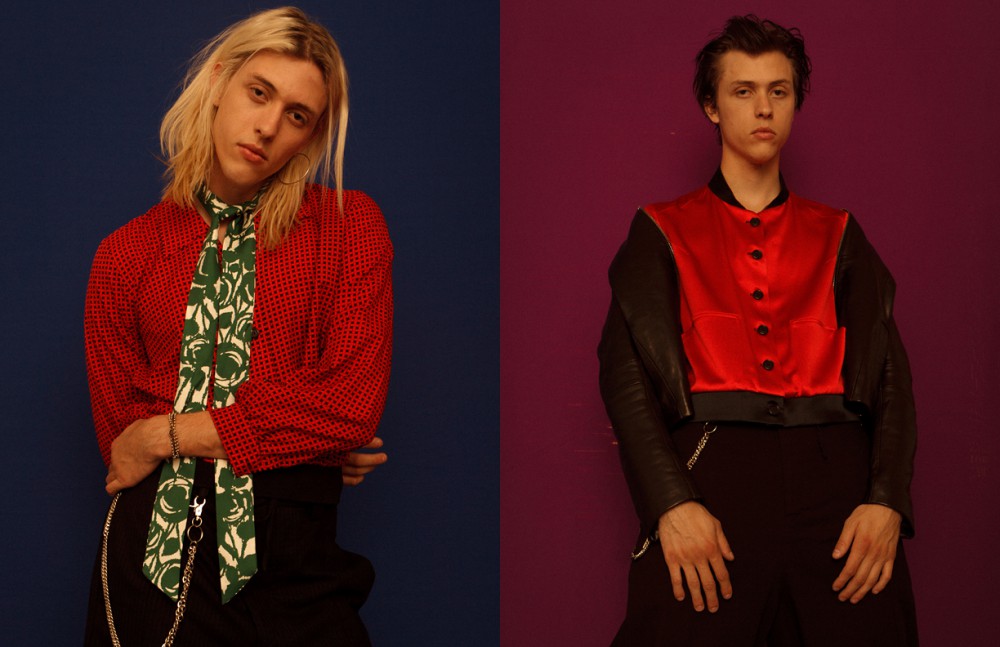 Although touring has taken up much of the boys’ time, they still find moments to create new music for the wayward spirit, channeling each moment into its own unique sound. “At the time we were touring a lot, so the recording process depended on our schedule.” Fletcher says of their new album Haha. “We would write a little bit, then go away for a while, and then come back to it. Every song is written in a different time period. To me it’s more of a mismatch of different songs. It’s more of a compilation.” After watching the two interact, one can see that the process is most definitely unique and very much documenting what is felt at that particular time. “I usually make mine in the moment, personally,” Wyatt says.

“The first album we made was more fantasy based. We wrote what we thought was interesting or funny or scary. This one has more meaning and still definitely has a comedic twang to it.” Fletcher continues, “Everything means something, but I don’t like to make it so obvious. I would never say ‘I’m sad, or I’m happy.’ I like to disguise it in a different way. Paperclip is kind of based around personifying inanimate objects so that was why a lot of people didn’t necessarily feel like the lyrics might mean anything. They meant things to us, but it was kind of like, our own world. A lot of our lyrics are sort of coded because we’re not just going to come out and say how we feel.” Wyatt interjects,  “maybe that’s a little bit of a problem because it makes our lyrics a little less relatable at times, but at the same time, that’s just how we do things.” 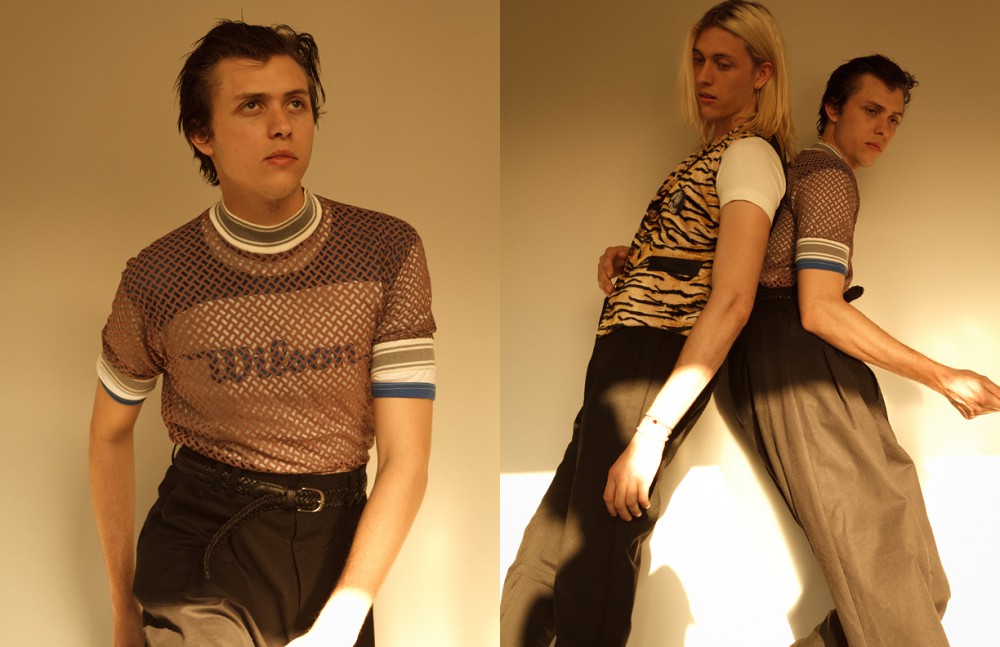 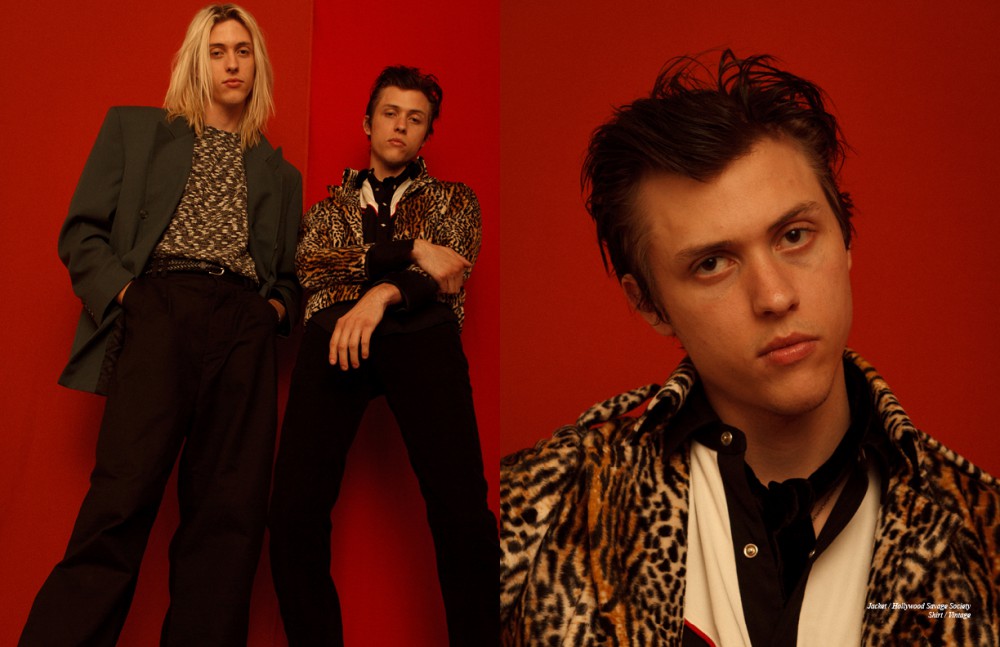 Their new sound has a much more engaging assortment of sound and lyrics, tapping into a more intimate place. “It’s a different sound structure-wise,” Fletcher stays of the new album. “We took a lot more time compartmentalising each song. They each have different little parts to them. The lyrics are definitely more extensive as well. A lot more electronic sound is finding its way into the mix as well.” Wyatt is enthusiastic about the progression of the sound, “it’s an evolution of the last one. It’s possibly more aggressive, but slightly more emotional at the same time.”

Whatever they are doing, it’s always fresh with a push towards a new place. Wyatt explains the importance of always moving forward: “Even though most people think that the coolest stuff happened back in the day, the ’60s, ’70s, I personally think there’s still a lot more that can be done. It’s not about ignoring the past; it’s about moving forward and seeing opportunities in artists. It doesn’t do us much good as a new generation to always focus on the past.” Fletcher sees much more down the road. “We have in no way hit the top of any mark. We are in no way done with our career, just as being musicians in general. We still have a very long way to go. I can’t even guarantee it’s going to be with The Garden. It could be in our own areas, or we could start something totally new. Regardless, we’re not going to stop playing.” 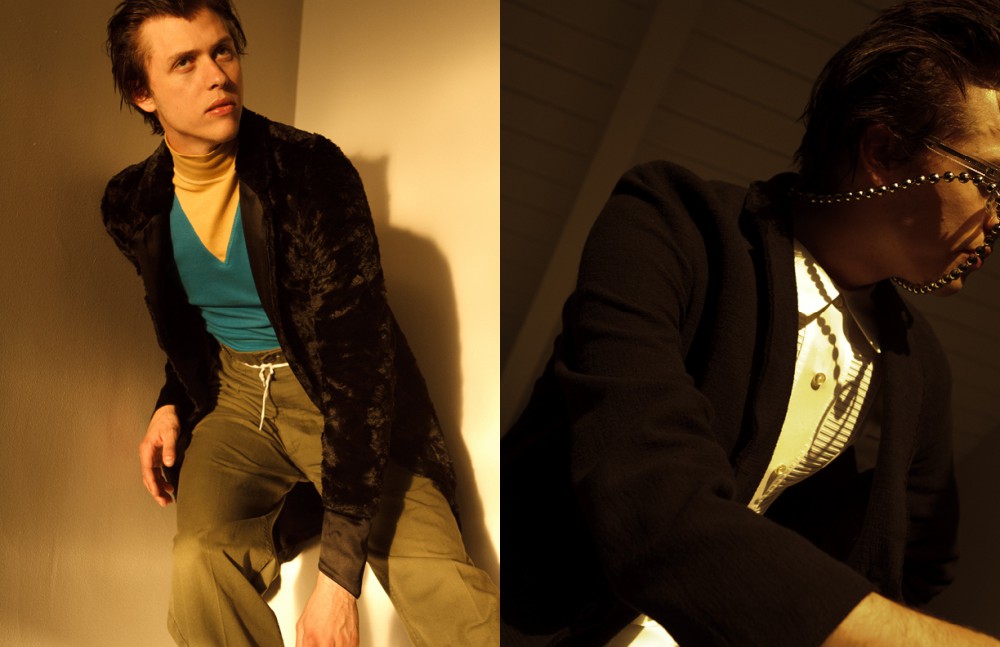 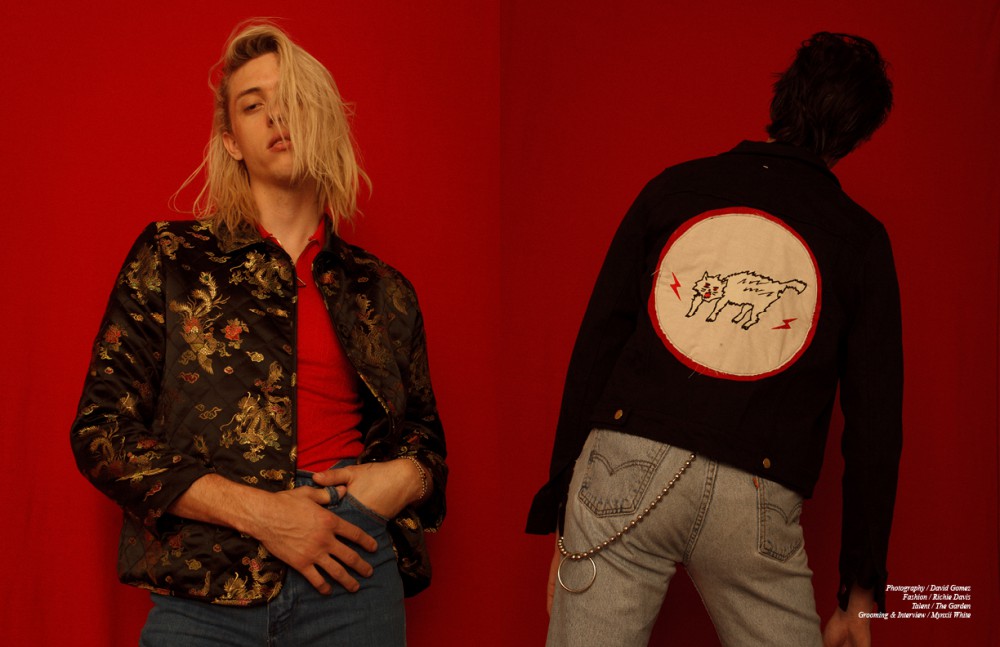 After moving on from Saint Laurent Paris as the rockers of the runway, they have put more time into personal endeavours in addition to their music. As time changes people and things, time has also begun to push the boys into their own unique paths. Wyatt is thoughtful as he explains growing up as a twin in the same industry as his brother: “I think we’re both on different paths right now. We’re not trying to individualise ourselves, but we have different interests and we’re growing. We’re doing very different things, but we still keep our main basis solid. I think that’s important.” Wyatt interjects: “I think it’s about moving forward in a lot of ways. I think it’s great to move on and keep progressing.” Focusing on home life seems to be the most important thing in 2016, after their music, of course. “I think a lot of the touring time has taken away from the growing time at home. That’s really been a big distraction. Life gets in the way. I’ve got to keep all my balls of life rolling, I guess,” Fletcher says.

Although they have their eyes refocused on California, they still show no signs of slowing down. “We want to achieve ultimate comfort. I’d like to be more content with life where it is, rather than always feeling like there is something I need to be doing or need to get done. I think that’s the whole point of life, is just to keep going, keep learning, and keep growing.  Progression is one thing, but being content in the moment is something I think that would be nice personally,” Wyatt muses. Fletcher ends things with one final thought: “It’s a time of refection and planning. There’s a lot coming, but we don’t 100% know what that is.”

Discover Haha by The Garden here.