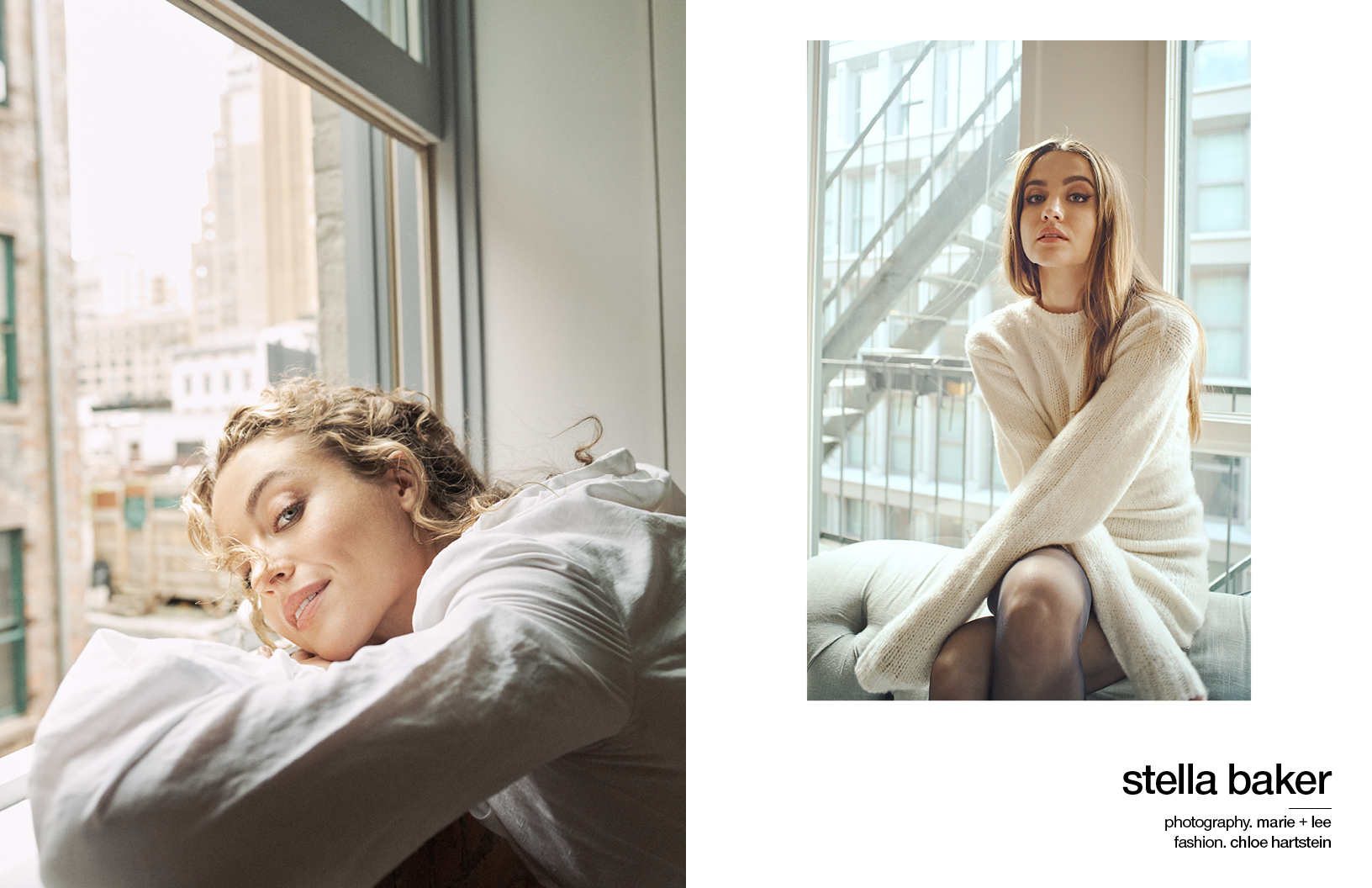 Stella Baker is the charismatic star of the new CW series, The Republic of Sarah. The show, which premiered 14 June, tells the story of rebel history teacher Sarah Cooper who, with the help of a longstanding loophole, persuades her community to establish independence from the country to become its own sovereign state. Simultaneous with the town’s secession, Sarah is unexpectedly established as the new nation’s leader and must maneuver the pitfalls of building a country and reestablishing the community from the ground up.

With an edge-of-your-seat storyline, The Republic of Sarah is a must-watch for the summer. Post series premiere, Stella spoke with Schön! about her successive self-realisations stemming from her portrayal, the predecessors who inspire her — and why she has no desire to run a country.

In the show, Sarah pretty much plots a grassroots overthrow of the power structure within her community. When you first read the script, how did you initially respond to Sarah’s mission?

When I first read the script, it all struck me as sort of outlandishly aspirational in a really wonderful way. I was compelled by the stubborn will of the character. She is strong and steady in her beliefs. She puts herself on the line to protect the people she loves, and that kind of integrity is so rare and so valuable. At the same time, she has a great facility to inspire and empower the people around her.

Are there any women in history — your own personal history or world history — that you drew inspiration from when bringing Sarah to life? What does Sarah (or did you) learn from them?

Sarah Cooper is a young, smart, punk, high school history teacher. While she does find herself taking on a much larger responsibility, at her core she is really just a history nerd who idolises revolutionaries. The creator of the show, Jeff King, makes references throughout the season to the historical figures that Sarah Cooper looks up to. One of those is Emma Goldman, who was an anarchist, feminist and political activist at the turn of the 20th century. I spent some time researching Emma Goldman and others of Sarah’s heroes to inform my performance. I also drew inspiration from some of the amazing teachers that I had who were so enthusiastic about what they were teaching, and so passionate about their students. A great teacher can spark a child’s interest in just about anything. I think that’s an invaluable talent. 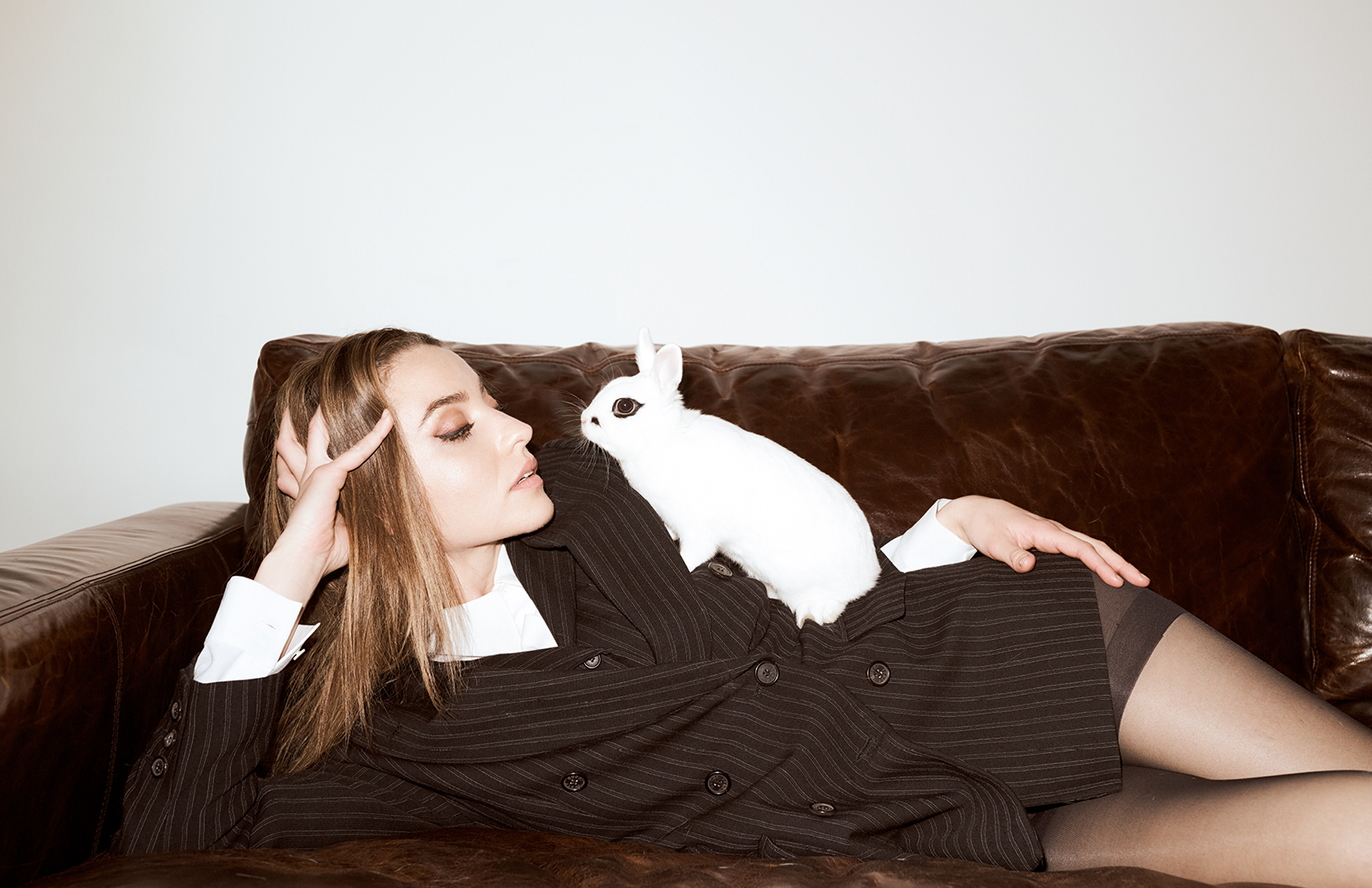 I’ve interviewed actors who’ve cited challenges in separating themselves from the roles they portray. Given that this is a television series where you are consistently interlocked with the protagonist, are there any Sarah Cooper-isms that you’ve held on to, unwittingly or by choice?

The character I played is so devoted to helping the people around her. She is able to make sacrifices for others. She has no fear of voicing her opinion. I think that playing a lead role, who is, herself, such a strong leader, inspired me to take care of the people I was working with. I tried, to the best of my ability, to use my position on set to make sure crew members and cast members were heard. I don’t know if I would have been brave enough to speak up for myself and others professionally if I hadn’t been playing this role. Sarah definitely inspires me to be more courageous and front-footed. On the other hand, Sarah can be quite a control freak, and very didactic. I think…maybe… I accidentally absorbed some of that. Trying to shake that off now.

And how much of your own -isms did you infuse into Sarah Cooper?

The first thing that comes to mind is the way I gesticulate. I am very active with my hands, and I think some of that slipped into my performance. I don’t mind it.

In preparation for the role and your realisation of Sarah Cooper, how has your impression of the power of grassroots activism off-screen evolved?

I think I’ve always been of the mind that real change in society only ever happens through the people. All of the greatest advancements in history have come from a movement of a large group of people who are willing to risk everything for the sake of a better future. Sarah Cooper definitely has that same view of history, and the way she mobilises the town, empowers the younger generation, and is unwavering in what she believes in is emblematic of that perspective.

If you could start your own “Republic of Stella”, where would it be, and what would you name it?

I think it’s one thing to be involved in a revolution, to stand up for something, to put yourself on the line for something you care about. It’s another thing entirely to take on the responsibility of being in charge of a country and making decisions for other people. At this point I certainly do not have the expertise in governing, in history, in law, etc. that would be required to start my own “Republic of Stella.” I’d hope people would choose a leader who is better equipped than me! 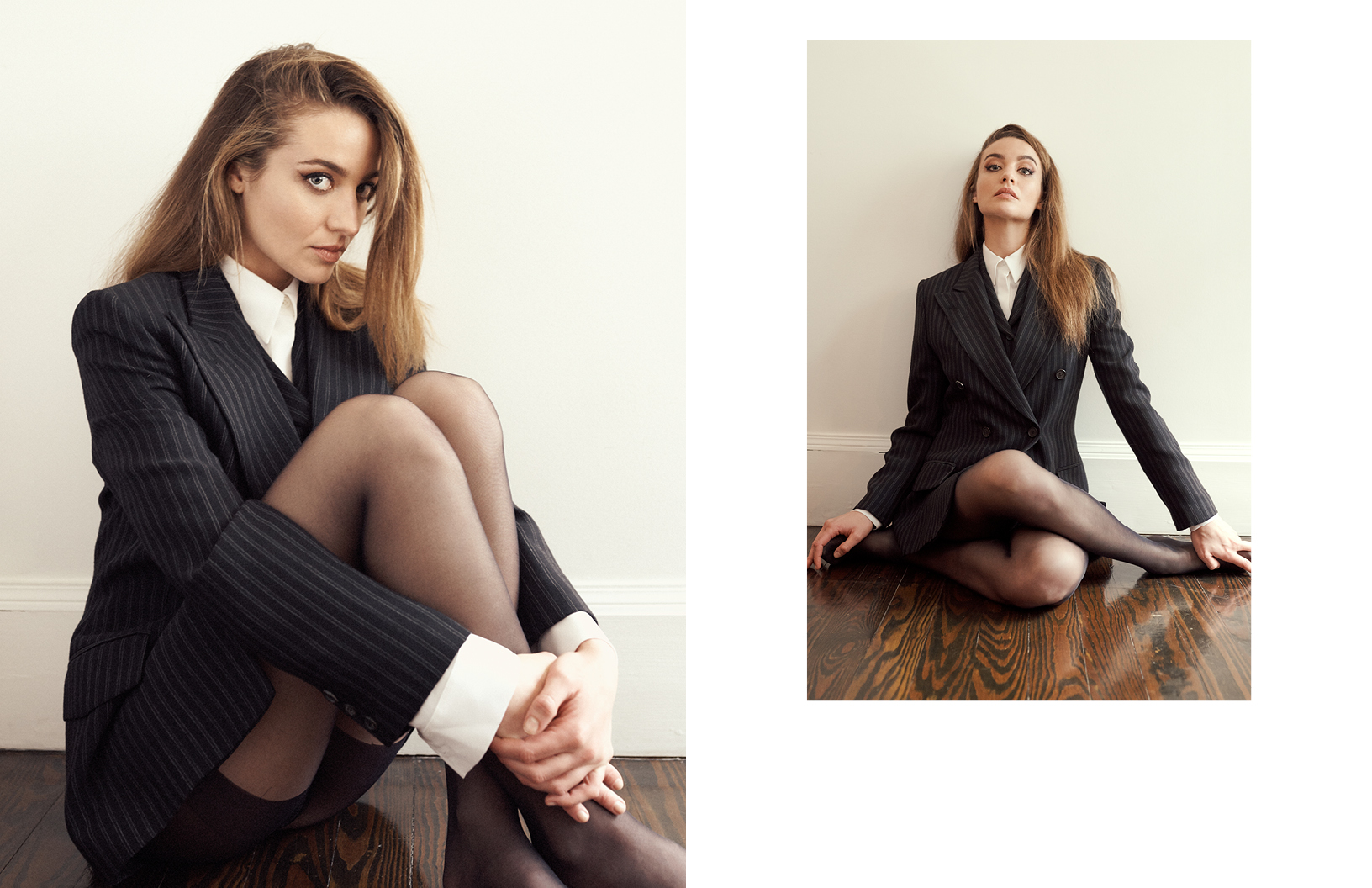 Without giving too much away, is there any aspect of the storyline that you would have added to the plot had you been involved with the screenplay — or that you hope gets explored in future episodes/seasons?

I love how engaged the younger characters are in establishing and governing the country. There is so much to explore in further seasons as they grow and mature in an environment that empowers them from such an early age. I can’t wait to see how the writers develop those characters over time.

In 2017, you co-wrote and filmed Candace with Em Weinstein and several other Yale School of Drama Alums. How did that experience inspire your own trajectory as both a writer and actress?

Collaborating with friends is amazing because there’s an inherent trust that everyone involved knows what it is we are trying to make, and how to help one another get there. Em Weinstein definitely led the charge with Candace, and I’m so grateful I got be directed by them and got to act in scenes I had written with a friend and actor who I admire so much — Moses Ingram. At Yale, the vast majority of our training is theatre-based. Em, who was in the directing program there, and I were hungry for some film experience. So we just created the opportunity for ourselves to try to make a film. It was a great learning experience for me as an actor and writer, and luckily it led to more opportunities for everyone who was involved.

As a writer and actress, your creative expression can take life in so many varying ways. In what other ways do you aspire to share your talent with audiences in the future?

I would love to write and direct something of my own at some point. Aside from that, I love drawing and have been doing that for quite a while. I don’t aspire to share everything with an audience. Some things are just for me.

What’s the most recent work of art you’ve seen — film, literary, visual, etc. — that has inspired you?

Julie Mehretu’s exhibition at the Whitney Museum was the last thing I saw that completely blew my mind. I could spend hours looking at her paintings. I love the films that the Safdie brothers are making. They have such a compelling and unique tone. My friends Patrick Foley and Michael Breslin have done some really interesting live-stream theatre through the pandemic that has been fun to watch. They made a play called Circle Jerk that is chaotic, manic, and so refreshingly brave. I also love Olivia Rodrigo. Sue me. 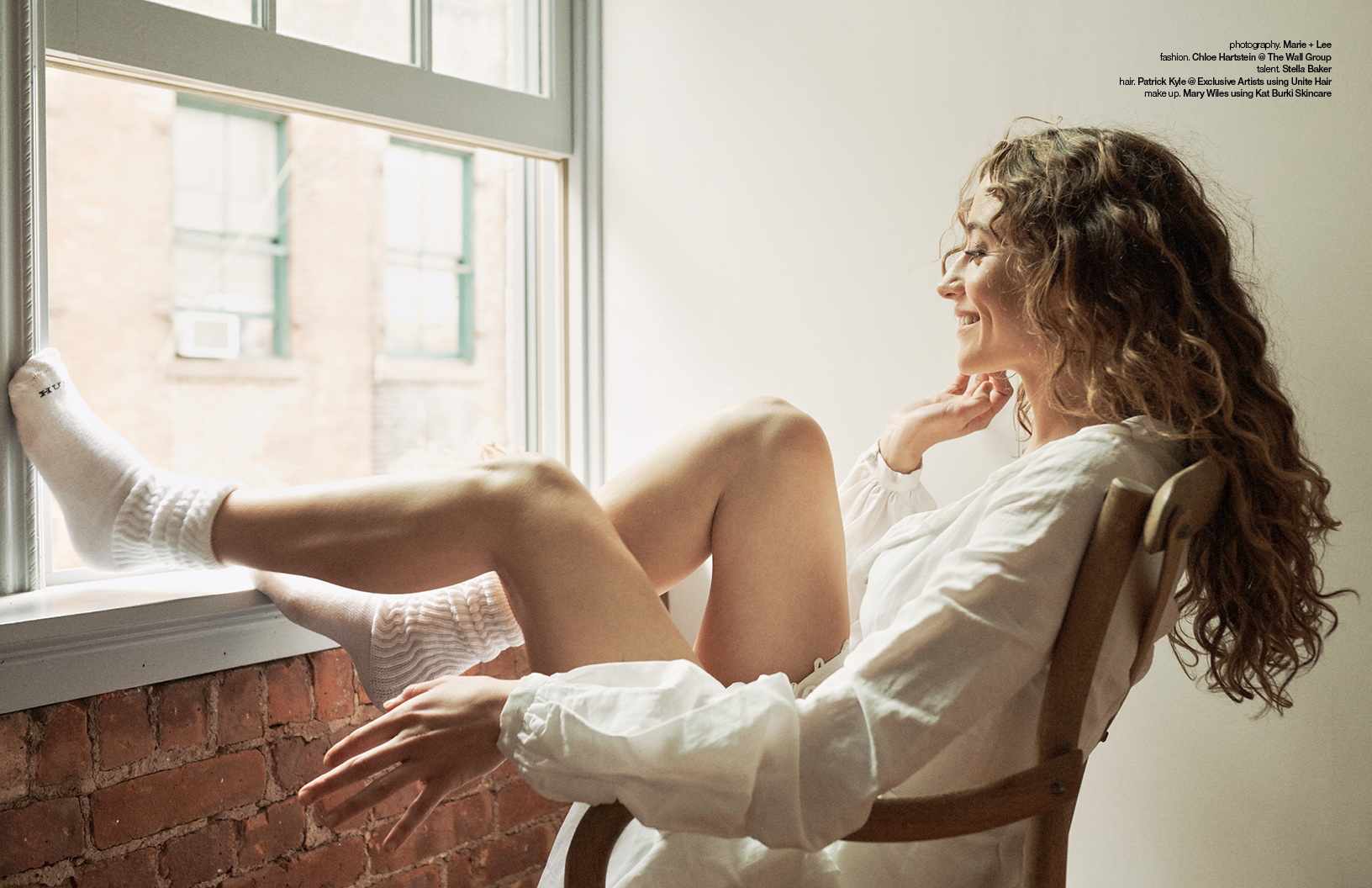 The Republic of Sarah is currently airing on The CW.