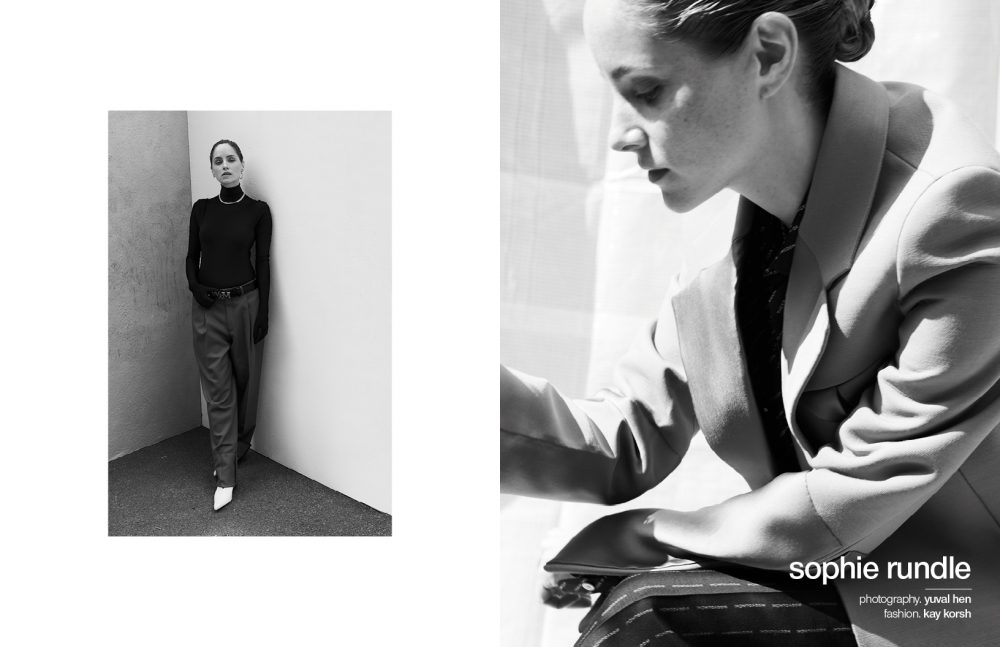 Sophie Rundle has a knack for spotting a good script. Whether she’s keeping Birmingham’s infamous on-screen gangster Thomas Shelby in check in Peaky Blinders, picking up the pieces in the wake of traumatised David Budd in Bodyguard, or exploring sexual liberation in Gentleman Jack; Rundle approaches each role with confidence and conviction.

Already Rundle has an impressive resume to her name, having worked with the likes of Sally Wainwright and Jed Mercurio while taking on a variety of flawed yet tenacious female characters. But it is perhaps her latest role as the cripplingly shy and compelling Anne Walker in Gentleman Jack that is set to make her a household name.

Based on the extensive diary of an ambitious landowner, Anne Lister, played by Suranne Jones, the series tells the unlikely yet formidable love story between Lister and Anne Walker. “She’s inherited this vast fortune, but she’s not equipped to deal with society,” Rundle explains of the series. “When we first meet Anne, she’s at the last ebb of resisting being sold off into marriage. Anne Lister comes in and really opens up her world.” 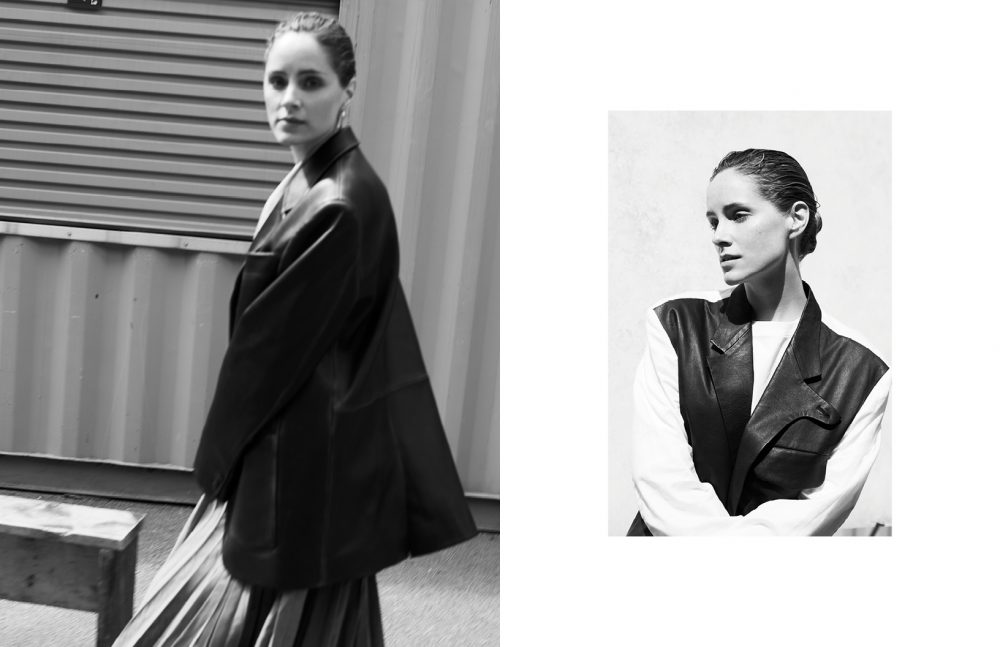 Famously dubbed the first modern lesbian, Lister’s diary is a story of queer identity and love; and while Lister carries her sexual identity with panache and unapologetic swagger, Walker’s sexual awakening is more constrained as she comes to terms with her feelings and desires. It is a multi-layered and at times pained story that Rundle conveys so convincingly.

“There was a lot of emotional preparation for this role,” Rundle admits. “Anne embarks on this enormous change from a naïve young woman to having to confront her own religion, morality and sexuality, and which had a lot of emotional repercussions. In every scene, I really had to grapple with where she was on that journey.” 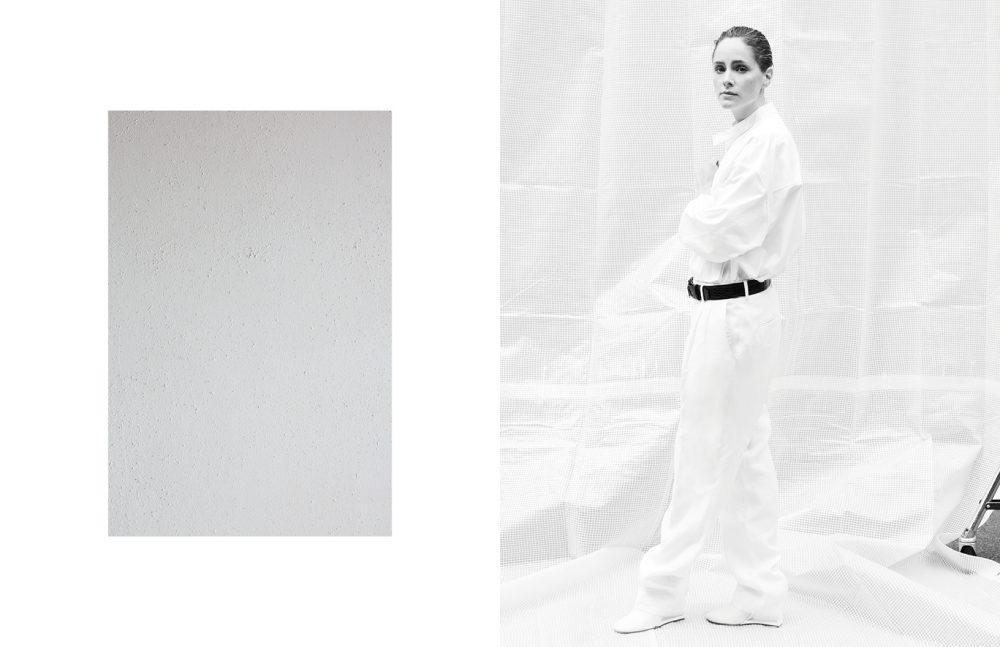 And it’s certainly a muscle Rundle is flexing with confidence. Equally, Rundle credits a healthy dosage of Kardashian drama and new puppy duties as balancing out the emotional stress – a refreshing insight perhaps few actors would be willing to reveal.

While set in the nineteenth century, Gentleman Jack‘s story feels all too timely. Remarkedly for the period, Lister and Walker wed privately. Yet, the sheer tenacity of such a decision cannot be underestimated. “It’s a totally wanky thing to say, but they were both driven by this very human need to legitimise their own truth,” Rundle muses.

“Neither of them wanted to live untruthfully, so they were prepared to take the risk of being open about who they were. Their reward was that they could live together and have a slight resemblance of freedom. I think that’s what makes it incredibly modern and timely.” 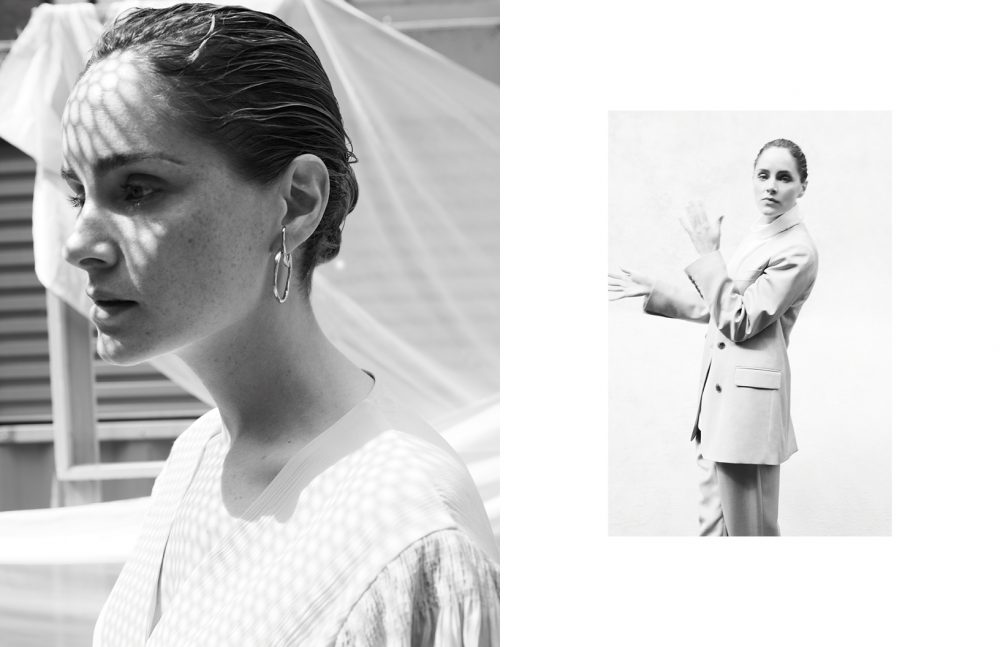 Just two days after wrapping on Gentleman Jack‘s first season —and with a second already confirmed by BBC and HBO—, Rundle was back on set reprising her role as Ada Shelby on the hotly anticipated Peaky Blinders, which will be returning to screens with an upcoming season after a two-year break. Tight-lipped on any potential plot spoilers, Rundle is less so about what the role has meant to her.

“It was one of my first jobs out of drama school and I was so clueless,” Rundle recalls. “Everyone has grown as actors, as people and as characters. When I first started, Ada was this teenage gangster brat and now she’s this fully grown-up woman. She’s a force to be reckoned with, which is nice to see.”

But it’s Rundle’s projects off screen that are also contributing to her exciting upward trajectory. Born out of a growing frustration over the lack of autonomy and creative input on set, Rundle founded Bone Garden Films alongside her partner and writer Matt Stokoe. “I love being a producer and having that control,” Rundle explains. “It has really taught me that it’s all out there for the taking. You just have to claim your place.” 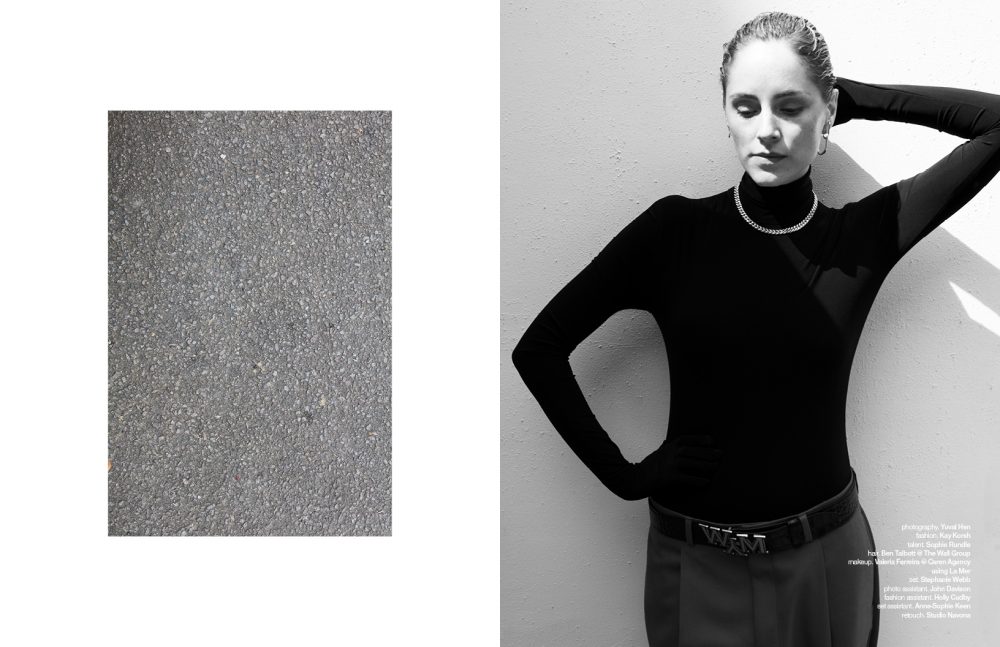 Rundle also has a definite resolve to put women in a position of power. “In 2019 it’s not just enough to be one thing any more,” she says. “It’s a really exciting time, with lots of crossover from different industries. I realised if I wanted to see female-driven content with a realistic voice of female experience I needed to insist on it being made.”

Almost a year on from the genesis of the explosive #MeToo movement, Rundle is optimistic about the industry’s future. “There has been a huge shift in awareness. It’s really galvanised both men and women to make a shift towards changing these issues. I think it has been a success, but there is still a huge way to go to fully overcome these deep-rooted problems.”

Rundle may consider her own success in the industry “jammy,” but it is her portrayal of complex and, perhaps most importantly, flawed characters that make her a force to be reckoned with. Combined with her unwavering commitment to producing female-driven content, we’ll surely be keeping up with Rundle for years to come.

‘Gentleman Jack‘ airs Mondays on HBO in the U.S. and Sundays on BBC One in the U.K. ‘Peaky Blinders‘ will return for its fifth season later in 2019.