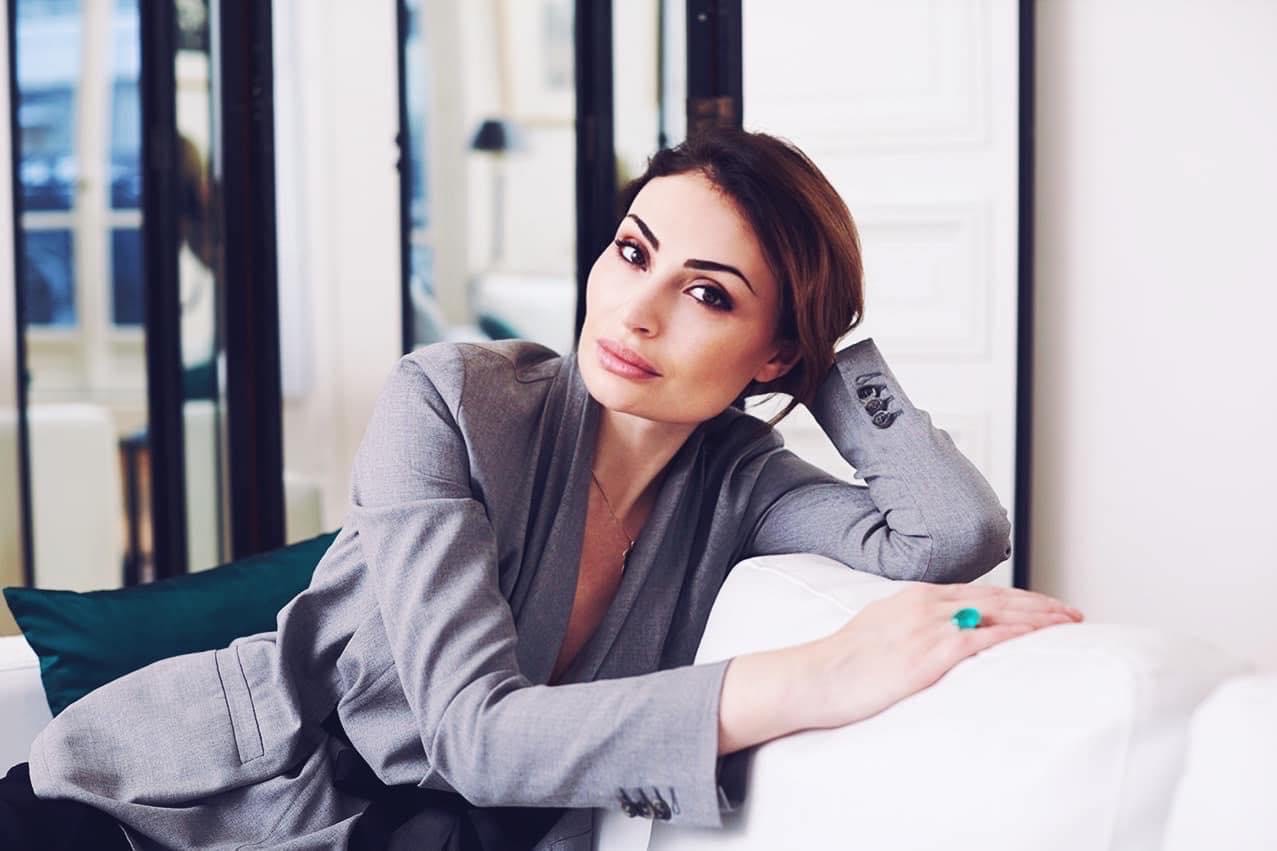 Sofia Tchkonia is one of those very few people who, by their initiative, took historical steps towards reviving the country’s fashion and culture spheres. Without her, the world wouldn’t have known about East Europe’s hottest fashion and art spots. She introduced the capital of Georgia, Tbilisi to the world of mode, which became a must-see place on a list of many international editors and professionals after London, Paris, New York and Milan. Through her efforts and hard work today, the world is now aware of numerous Georgian designers, who made the word “fashion” brighter, and greater by adding newness of vivid tones and so many unique ways of seeing and perceiving fashion and its conformity.

Born in Georgia, Tchkonia always knew about the country’s fashion potential. When the right time came, she started rebuilding the fashion heritage of the country which, due to wars and political turbulence, was almost lost. Along with her life-changing mission in the life of Georgian fashion, she also carried a cascade of different events in Ukraine. Due to the ongoing war there, she focused her activity on helping Ukrainian refugees and spreading the truth about the Russian invasion of Ukraine, and terrifying stories of ones who were attacked directly by Russian occupants.

Schön! chats with Sofia about Georgian creatives, the Ukrainian fashion climate and the effect of war on fashion and art.

We want to start this conversation by framing our discussion through the land of Georgia. Fashion is engraved into Georgian culture, and Georgians have always shared a very special bond with it. But due to political instability and the general vulnerability of the country, the fashion industry was completely abandoned. When did you realise that it was time to pull Georgian fashion out of its coma? Did you feel a sense of urgency about it?

I agree that Georgians have something special when it comes to their taste, love of fashion and creativity. I always felt that we have talented fashion designers and a large creative community that need support and exposure. The best way to promote it is through art and fashion. That’s how the idea to bring all these together came up and ultimately created a platform bridging Georgia to the world.

You also managed to travel in the 90s, which was a very dark period for Georgia. Do you think that this experience outside of Georgia taught you any lessons that shaped how you would return to Georgia and revitalise its industry? What did you learn from observing these creatives abroad?

Travelling and living in other countries helped me by giving me the knowledge, the experience and the exposure. Witnessing how creativity was celebrated in all its forms in other countries, made me want to do the same in my own country. I wanted to show the world the art and the creativity Georgia can offer. The main thing I have learned by travelling extensively in those years is to work hard, to never give up and to try again when you don’t succeed. This is something I always tell young designers who want to thrive in the fashion industry.

You are the founder of the BeNext Foundation, through which you have introduced to the world new names in Georgian fashion. Reviewing, helping, spotlighting and building a network of fashion talents, you probably have seen a lot; simply put, what do you think makes Georgian creatives special? Do you think the historical, cultural and geopolitical aspects of recent Georgian history have made a big stamp on the country’s creative minds?

Georgian creatives have gone through very difficult times, due to the economic instability and political changes. This somehow has triggered a desire to express themselves and make their voice heard through art. It is a population accustomed to fighting and resisting, they are proud people who have suffered and gone through a lot. When your life is challenged by adversity, some unique skills arise. This is what makes Georgians’ work interesting.

This brings us to Ukraine. You recently helmed Kyiv Art & Fashion Days. How would you describe this experience uniting Ukrainian and Georgian creatives under your umbrella? What were your motivations for doing so, and what did you learn from the experience?

I love Ukraine. There are very talented creative people that, even during the hard times the country is going through, continue to work and produce. I’ve been working with Ukrainian designers for many years and when I came to Kyiv I decided to bring Georgian creatives and Ukrainian talents under one roof. This is how I started Kyiv Art and Fashion Days; a fresh platform far from the main fashion capitals that could bring international guests to experience something they haven’t seen before. The first edition started in October 2021and it was so successful that we planned the second in May 2022, but the war broke out, and we have been forced to cancel it. For this reason, we have temporarily moved the Kyiv Art and Fashion Days to New York in September.

With regards to the current war, how do you think this war will influence fashion in the context of Ukraine — and countries impacted by Russian aggression more broadly?

The war will bring more poverty and less opportunity to its population on all fronts for many years. If we talk about the fashion industry in Ukraine, I can see a drive to go back to normality and continue to create as a form of redemption and national pride. I hope that the war will end soon with the victory of Ukraine. Fashion has to talk about this war more openly, we have to choose between humanity and money. This war is affecting and will affect all of us even more in the future in ways we can’t see now. This is the reality we can’t hide from.

During such terrifying times for Ukraine, you’ve found ways to help Ukrainians and spread the reality of their tragedy across the world. Do you feel such activism should be adopted by more companies and people — and more importantly, what do you perceive to be the real-life impact of doing this?

Definitely! Unfortunately, I see that people get accustomed to this war and get tired of this tragedy. But every time our minds refuse to hear the horrors and the negativity of this war, I say think about the children, the families, the people who lost their homes, and their loved ones and are constantly living in fear. We all need to do more for the Ukrainians and don’t give up supporting Ukraine.

If you’re comfortable answering, do you think if Georgia had this much global support back in 2008, today’s reality would be different? How does your view on the events of 2008 in Georgia influence your work today in Ukraine?

Yes, no doubt! Nobody paid attention to what was happening at that time in Georgia, I am sure things would have been different if we had the same kind of support. This is also the reason why Georgia supported Ukraine immediately and felt for the tragedy our friends Ukrainians were living in. Their war is also our war, that’s why.

What do you think are the current perspectives on the development of the Ukrainian fashion industry? How does your work embrace, or subvert, these perspectives?

I think it has great possibilities, but the creatives need global support to survive and continue to produce. I am happy to say that CFDA and Keanan Duffty immediately reacted when the war started and they will be organizing and sponsoring Ukrainian fashion and art days in New York in September. I would ask all the institutions around the world to do the same for Ukraine.

What do you like the most about Ukrainian designers and the fashion climate in Ukraine in general? Why?

Their unique vision of fashion can’t be found anywhere else. Their fresh approach to creativity away from the dictates of the fashion system, their search for making something new and finding new ways to communicate their stories.

Dedication. Dedication to bringing peace to the world and helping those who fight for their freedom, particularly in my country, Georgia. But also, continuous support to the creatives and the talented people around the world. The war won’t stop me.