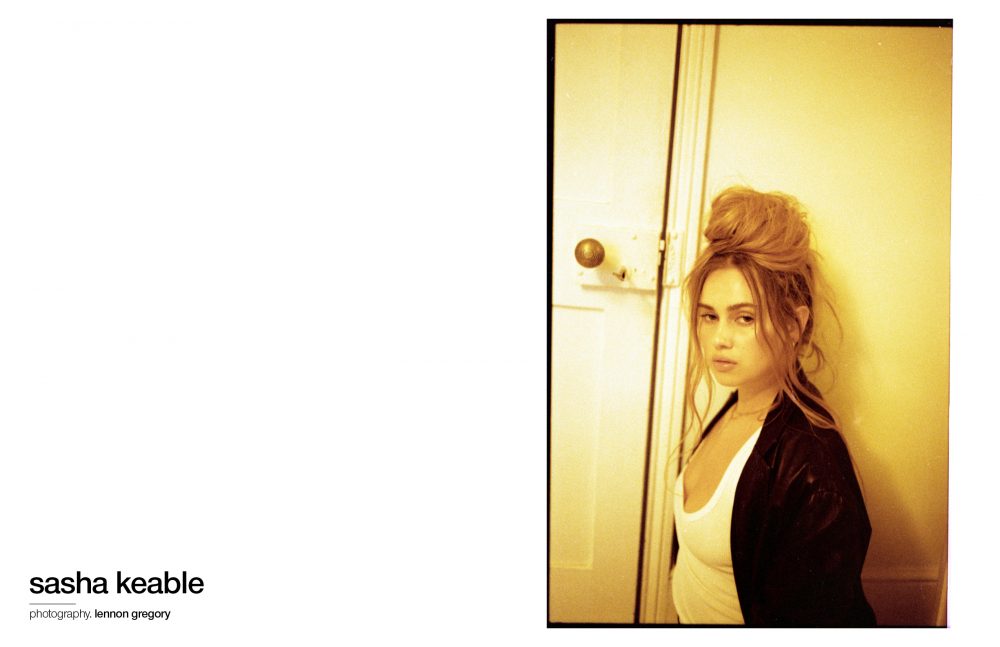 Something in Britain’s waters makes this tiny island an incubator for talented musicians. A particular corner of the capital has raised some of London’s most exciting artists. From Ray BLK to Ella Mai, South London is home of the R&B revivalist. Soon to follow in their chart-topping footsteps is powerhouse Soul singer Sasha Keable.

The 25-year-old British Colombiana writes with the frankness of Adele and the playful storytelling of Lauryn Hill. Her captivating and emotive vocals are a nod to Amy Winehouse and stars of the Motown era. Sasha’s sound is reminiscent of the greats but stands out in its own right. Her confident delivery paired with candid and mature lyricism is a shining light in the UK’s R&B scene, as beautifully showcased on her latest EP MAN — where she offers fans a refreshing insight into the trials of her love life. “Whether it’s people I’ve worked with or my boyfriend all men are involved!” she says. Schön! speaks to the rising star on why she took a break from music to heal her mental health and how her honest songwriting occasionally gets her in trouble.

Tell us where you grew up…

I grew up in South East London, near Lewisham. I was always quite creative. I always liked trying new things.

Do you have any fond memories growing up in South surrounded by the Latin community?

Me and my sister used to dance in Carnaval Del Pueblo, which is a Latin American carnival held in London. That was always such a good time. I think my passion comes from my Colombian side. We’re very fiery people so I’m sure that has something to do with it.

My dad is really musical in the sense that he loves music and used to play the guitar when I was growing up. My abuelita had a beautiful singing voice.

Who are your musical inspirations? I hear hints of Amy Winehouse and Lauryn Hill…

Yeah, they inspire me a lot. I love Donny Hathaway, Stevie Wonder and Tammi Terrell. I’m like an old person when it comes to music. I love classic Soul and Motown. 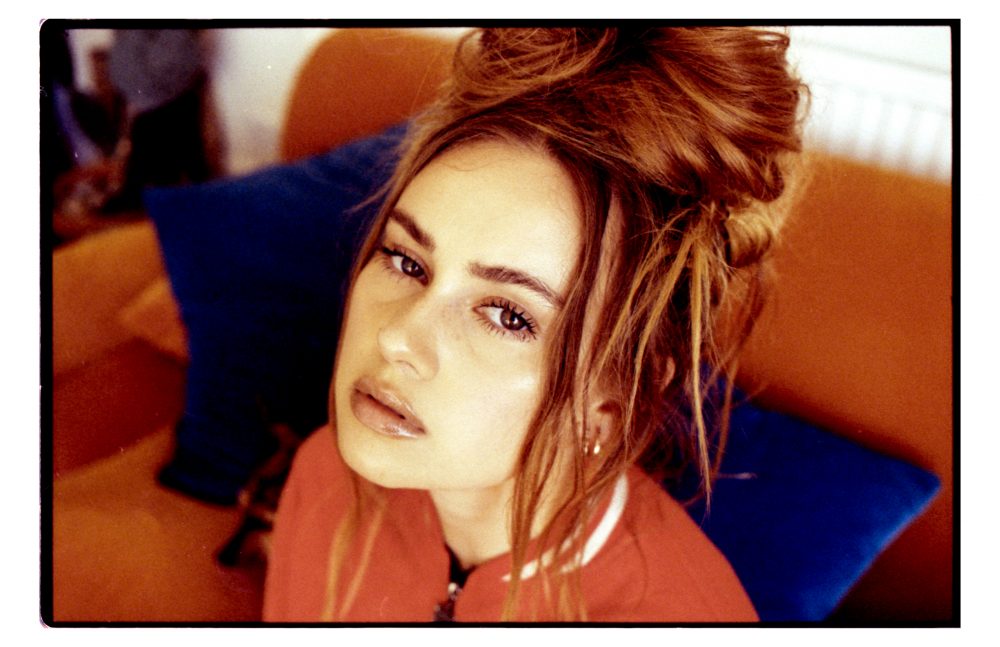 If you could make music in any other era which would you choose?

Who are some current artists you admire?

I think Daniel Caesar is amazing. I adore Kwabs — I think he has the best male voice of our generation. I really love Mahalia. She’s got such a chilled soothing voice.

When did you start making your own music?

I started writing music when I was about 11. My dad found a piano that was being given away for free and brought it home for me. It all started from there really. I couldn’t stop once I started.

Do you think attending BRIT School was an important step in your journey?

BRIT was great. It showed me how serious I could be about music from a young age. It gave me a lot of independence and helped me meet people who were as serious about their choice of art as I was. I think it was an integral part of shaping who I am today. 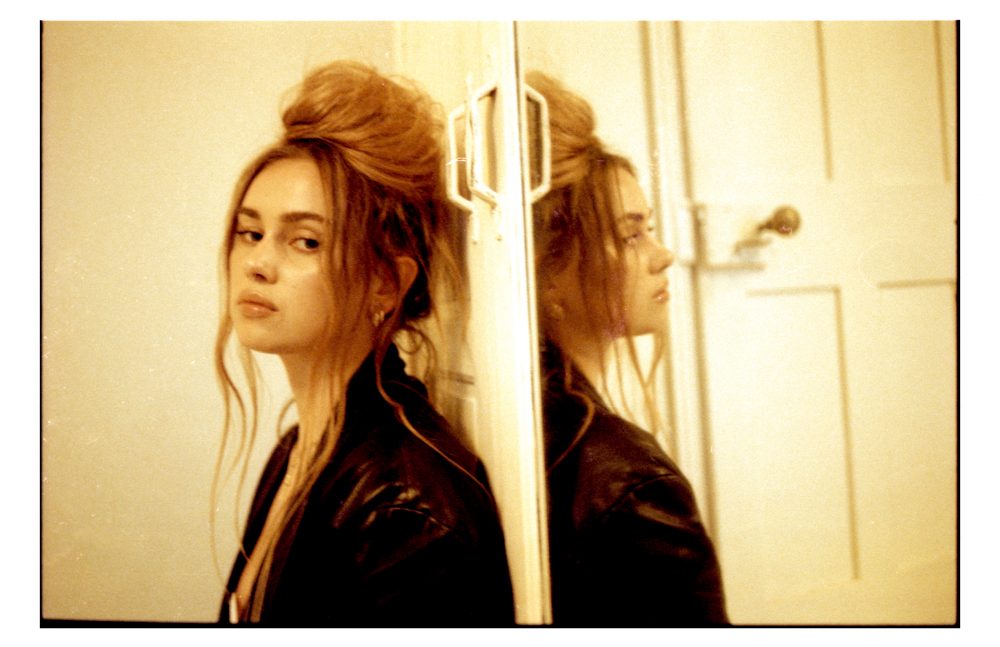 Was it difficult entering the industry as a teen?

At the time I didn’t think it was hard. I was just excited. Looking back now I realise just how hard it was and how many things happened that shouldn’t have. I don’t really like to think about it.

You took a break from releasing music. How do you think you grew from that time?

Everything changed in that gap. I grew as a person and a songwriter. It was one of the hardest decisions I ever made but I am so grateful that I did. I wouldn’t have been here without it. I learned what my needs were and that’s just priceless.

What made you decide to be so vocal with your own struggle with mental health?

It was never a plan. I didn’t sit down one day and go “I’m gonna tell everyone what’s been happening.” It just happened. I posted a story to Instagram because I had a lot of questions from friends and fans asking where I’d been and I just got a bit drunk one day and decided on a whim to post about it. From there Jamal Edwards asked me to be involved in a documentary he was doing about mental health in the music industry and I said yes. Once I saw the response from people thanking me for being so open and telling me their stories I knew that being open about it was bigger than me. It was for all of the people who struggle and don’t have a voice or a platform to normalise it. That’s why I feel so passionately about it. 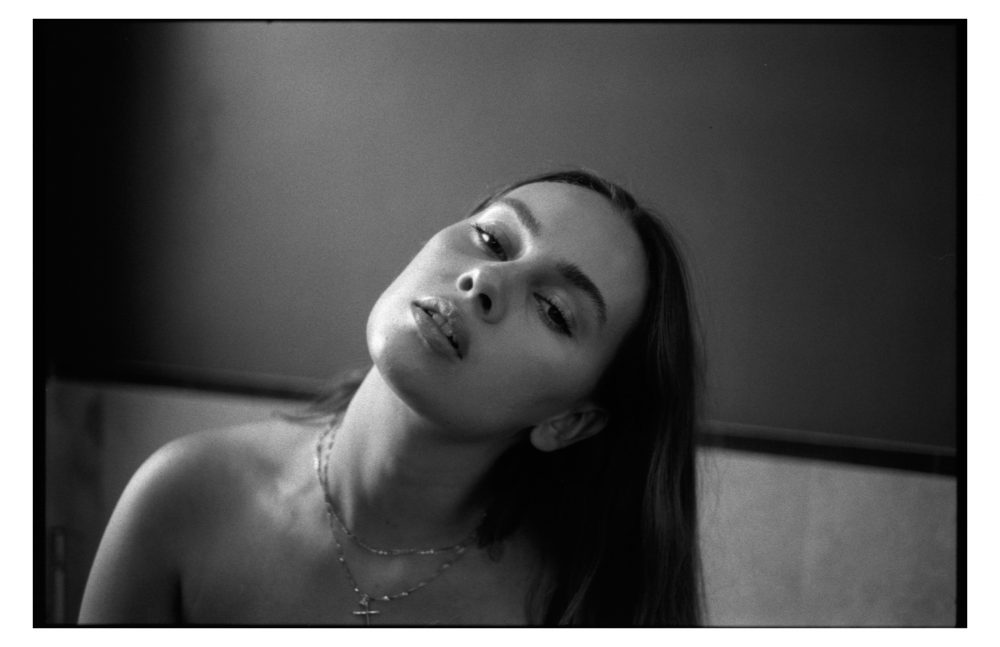 What are some ways you cope with personal struggles like anxiety and depression?

I walk my dog without my phone. I practice gratitude every day. I take breaks when my body or mind tells me I need them. I protect my energy and drink less.

How important do you think seeking help from peers, a professional, or even just finding an emotional outlet is?

I think it’s so important. Growing up I had no one. I had to find my way myself and it was so scary. I relied on music to keep me sane, without it I would most definitely not be here. Now that I have a voice and a platform I can share my story and try and let people know that even though it seems it from the outside, life can be shit especially when you’re battling demons within yourself. I just want everyone to know it’s ok not to be ok.

What are some themes you explore on your latest EP MAN?

I explore my relationships with men. Whether it’s people I’ve worked with or my boyfriend all men are involved. I just think I have a lot to write about when it comes to them! [MAN] is very soulful and passionate. There are some lovely horns sections in there. It’s a vibe.

Is there a particular track that’s sentimental to you?

Yeah, “Treat Me Like I’m All Yours” means a lot to me. It was the first song I wrote in that break I took where I was like “yes, I’m happy.” I’m making progress within myself and it’s coming out in my writing. That song showed me that the break was the right decision.

What’s the story behind “Treat Me Like I’m All Yours”?

It’s about being wanted and lusted after. Me and my boyfriend had a bit of a dry patch which is obviously normal when you’ve been in a relationship for a long time. I really wanted to write a song about it. Much to his dismay, I did. 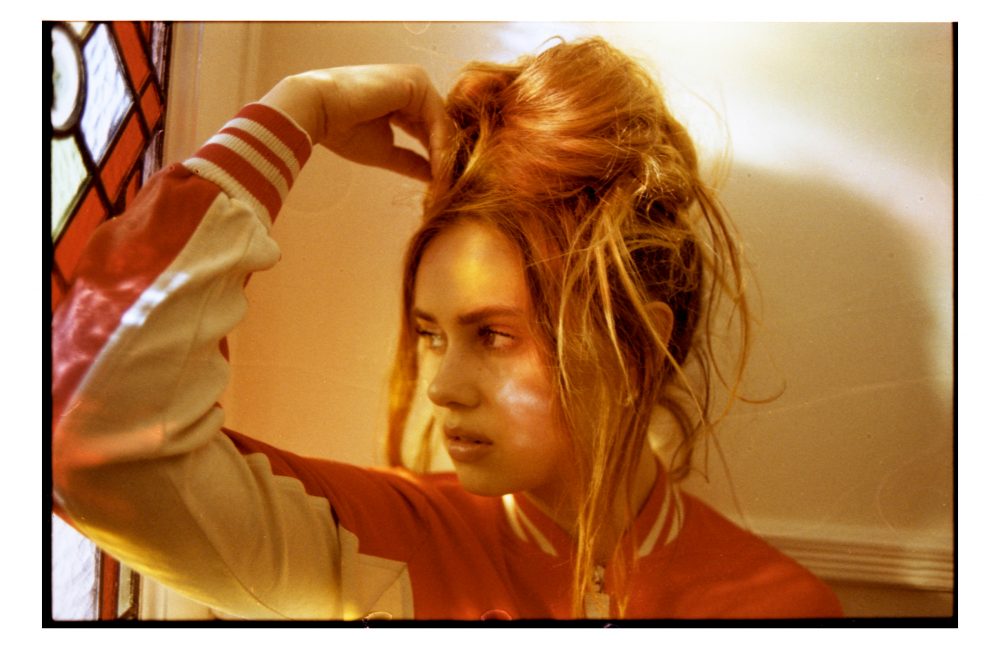 Have you ever got in trouble for being so honest and personal in your music?

I write from the heart and I write about the truth and because I write about the people closest to me I always get in trouble for saying things. They know writing is my therapy. You wouldn’t hold back from your therapist because it would be pointless going so I think I get let off.

What is one of the biggest lessons you’ve learned from your past relationships?

To protect your energy and never settle for less than you know you deserve.

Do you think it’s difficult to navigate love and relationships in the digital age?

Yes! I’m lucky to have been in a relationship for nearly five years but I can’t imagine having to do the dating thing now. It seems like a minefield to me.

Lastly, what’s next for Sasha Keable?

More music, and a headline show!

Check out Sasha Keable’s latest single Under Your Skin