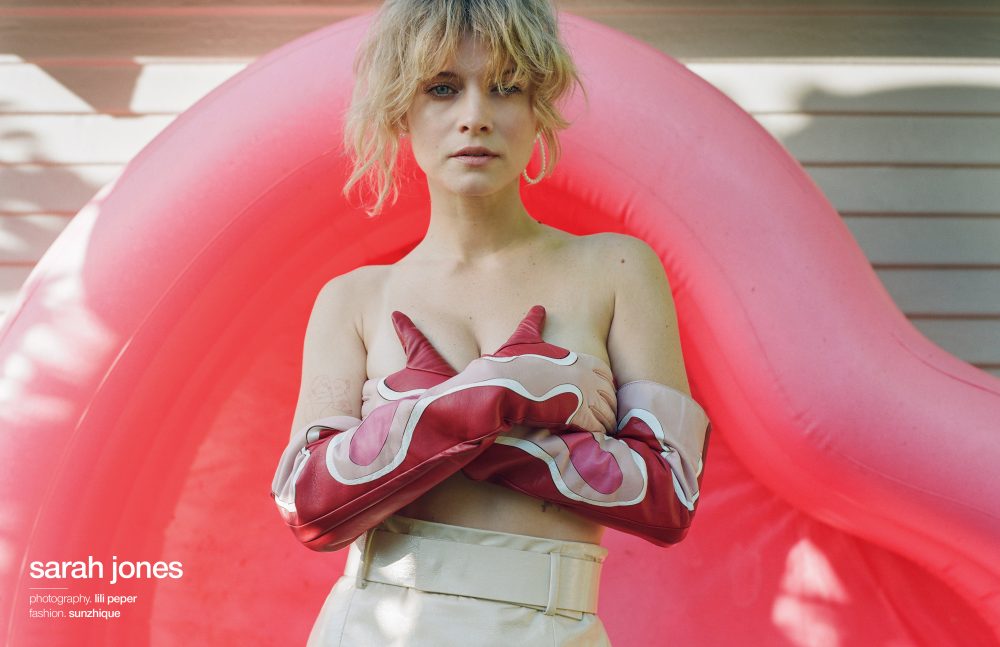 Sarah Jones is preparing for launch. After starring in acclaimed series like Fox’s Alcatraz and Damnation, Jones is tackling a new frontier: the space-centric alternate history program For All Mankind, streaming exclusively on Apple TV+.

Jones’s entry into the world of acting was not exactly planned. Beginning as a dancer, she happened to meet an actor while waiting for an audition. They got to talking and he linked her up with her future agent. A month later, she booked her first role. Today, the actress can be seen on television screens around the world, and with For All Mankind’s second season already in production, her star is shining brighter by the day. Ahead of the release of a new episode, Schön! spoke with the actress about the series and what else she has in the works.

When you found out you got the part in For All Mankind, who was the first person you told?

I don’t really talk about a job unless it’s brought up in the context of having to bow out of a social invitation or reschedule something because I’m working or scheduled to work that day. One of my friends who works in Apple’s marketing side of streaming content didn’t know I was on For All Mankind until she saw the trailer [laughs].

Obviously this show is an alternate history, but did you do any historical research in preparation?

I really enjoy reading about history in general, and of course, being an American, I have certainly read my fair share of American eras and events that occurred in them. However, the space race never captured me in the same way that other social and political movements of the 1960s did. So I started with a documentary about the Mercury 13 program and just continued down the rabbit hole of documentaries and online research of Apollo missions and female astronauts. I ultimately pulled inspiration from Anna Lee Fisher — the first mother in space. 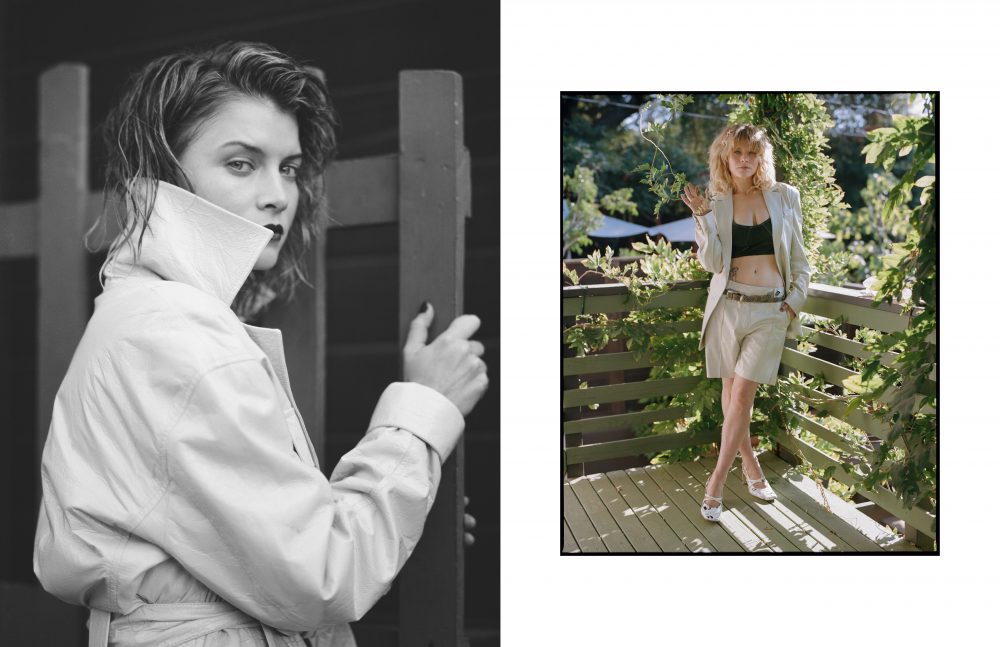 When you first read for the part of Tracy, what was the first thing that stuck out to you about her character?

I don’t want to play a desperate housewife. Pass. [Laughs] When I was initially approached about playing Tracy, I was only given the first two episodes of the season; and much like Tracy’s reluctance in taking on the role of “astro-wife,” I felt the same reluctance in playing one. It wasn’t until after having a long and informative conversation with Ron, Matt, Ben, and Maril about the trajectory of Tracy’s storyline that I recognised the importance of introducing her in the gilded cage — for her, at least — that was the elite, conservative Houston NASA astronaut community. After that, everything began to feel personal.

What’s been your favourite moment from working on the show?

I love to be outside and go camping so from a purely technical standpoint, shooting the desert training scenes were a blast. Aside from that, as generic as it sounds, working with the cast and crew is such a wonderful experience.

Without revealing too much, what’s the biggest difference between episode one Tracy and “final episode of series one” Tracy?

She finally begins to add herself into the equation when making decisions about what’s best for her family and community. 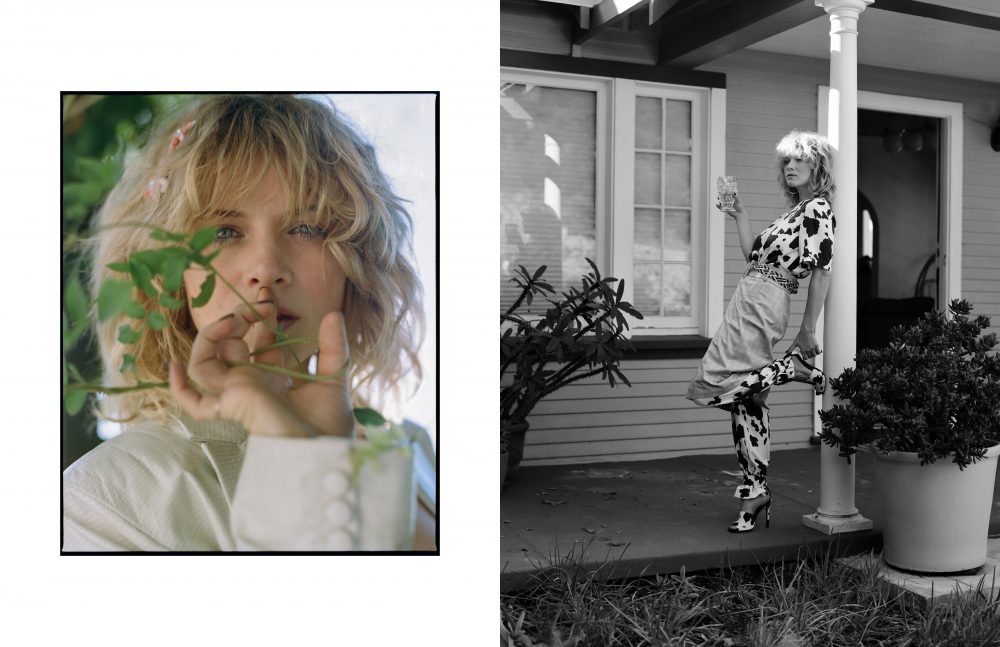 You’re also in an upcoming movie for Amazon Studios based on Our Chemical Hearts by Krystal Sutherland. What originally drew you to that script?

I was simply drawn towards the contradiction in Suds’ pragmatic approach in working through falling in love, and the subsequent heartbreak that ultimately proceeds whether someone stays in a relationship or not; while, at the same time, being unable to neglect or ignore the physical impact that those chemicals and hormones have on her while she’s going through it. It resonated immediately and felt cathartic to play in some ways.

What can you tell us about your role in that film?

She’s the older sister of Henry who has been a kind of mentor and almost maternal figure in his life until she went to med school. The film picks up where Suds and Henry are both adjusting to her moving back into the house — after her going through a divorce — and redefining the dynamics of their relationship.

Looking at your career so far, which of your previous roles sticks out as especially meaningful to you and why?

Playing Amelia on Damnation meant a great deal to me. From the social and political constructs of that era — the 1930s depression — to diving deep into the tactics and accomplishments of Mary Harris Jones — also known as Mother Jones — to working with such kind, talented, and beautiful humans in Calgary… I don’t know… there was something very special about that pocket of time and what I learned in it.

Do you remember the first time you got recognised in public?

[Laughing] I don’t get recognised in public. I don’t know whether I should chalk it up to my ability in playing a range of characters or if I’m simply that forgettable. Either way, I enjoy having the privilege and freedom of compartmentalising my work life and personal life. 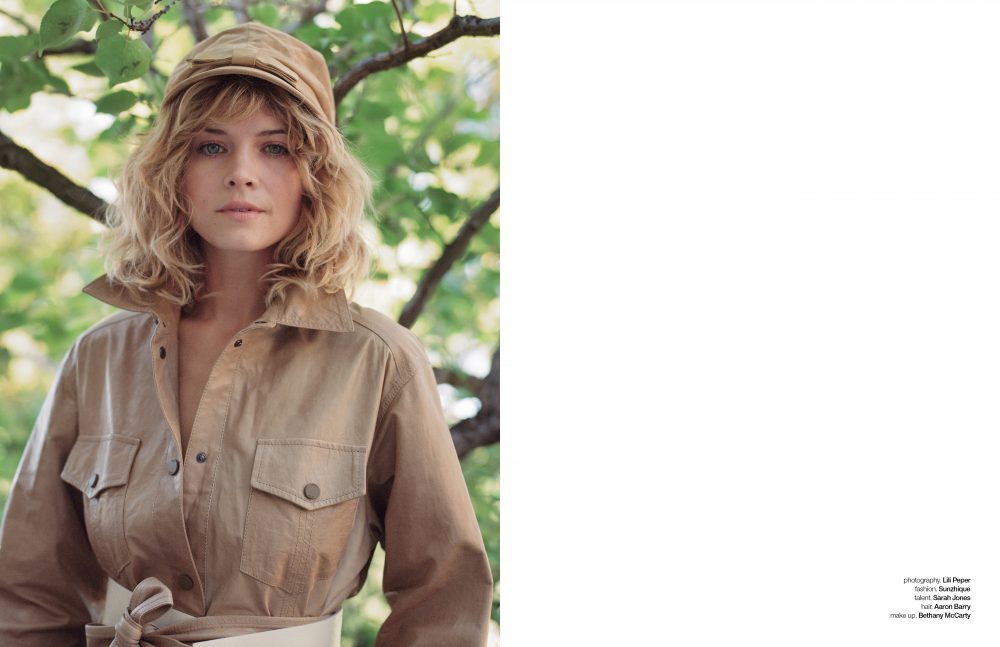 As someone who has worked on both network TV shows and streaming-only shows, what would you say is the biggest difference between the two experiences?

I’d say there’s more creative freedom given to the creative participants in terms of storytelling in streaming-only shows than network television. In network TV, show-runners and producers are at the mercy of network executives who are at the mercy of advertising placements and the FCC so the series becomes more of a product itself as the goal is to please and gain as many viewers as possible. In streaming-only series, viewers are paying for the service regardless so there’s more room to take risks creatively. Obviously, everyone wants a “hit” and to be a part of one, but streaming-only series allows more time to build that following, so there’s space to breathe where telling and executing the story is concerned.

Is there a role you haven’t gotten to play yet that you’d love to try (e.g. superhero movie, evil villain, etc.)?

I’ve really appreciated the “misunderstood villain” storytelling aspect like Joker or even Maleficent which seems to be an elevation from the “anti-hero” point of view. Aside from that, I’d love to play a character that dances as dance training is my background.

After a long day of shooting, what’s your go-to “decompress” move?

Shower, prep for the next day, and toss and turn in bed because of the anxiety that my alarm won’t go off to make it to my 5 am call time the next day? [Laughs] Yeah, I should probably come up with a more adequate “decompressing” routine.

We’ve just begun shooting the second season of For All Mankind, so I hope people respond to and enjoy the first season.

A new episode of “For All Mankind” premieres tonight, November 15, on Apple TV+.