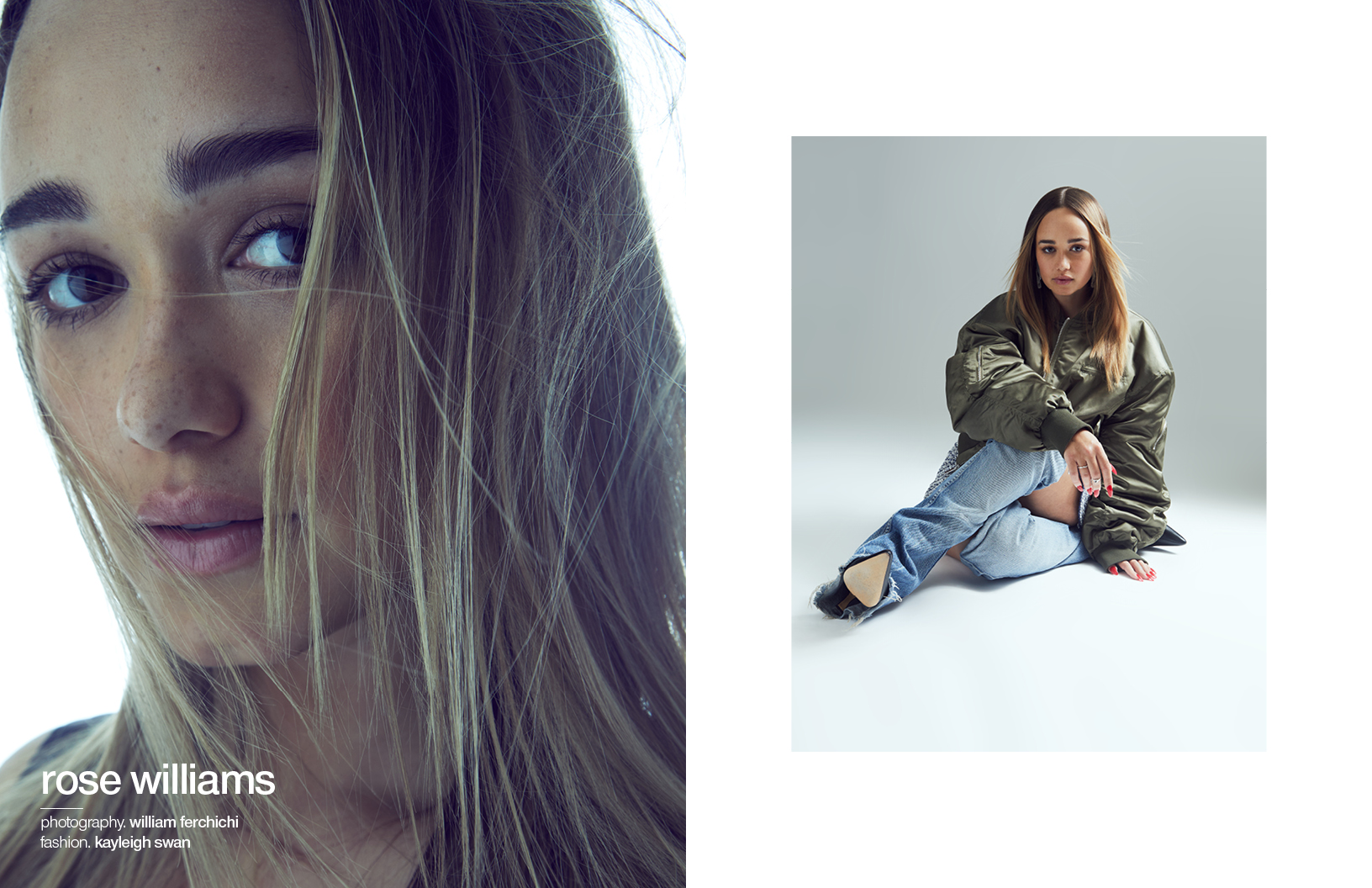 After capturing major attention across a host of series, British actress Rose Williams has fallen into countless souls and hearts of viewers. Incredibly talented and unendingly unique, her performances are emotive, convincing and entirely individual. Appearing in many films and series such as Sanditon and That Dirty Black Bag, she is continually able to catapult the audience into an alternate worlds, relishing viewers with her impeccable acting skill. Schön joins the actress to discuss what attracted her to the medium, her interest in fashion and her accomplishments to date.

How did you first take interest in the film industry? What’s your earliest film memory?

When I was younger, I was interested in all creative elements of filmmaking but the performance. It wasn’t until my late teens working as a costume trainee on the set of Misfits that I became inspired to pursue acting. In truth, my earliest memory of film was watching the VHS of Babe on repeat. I think I identified with “Pig”. And I have a vague, fond memory of watching Hercules at the cinema.

You’ve mentioned that at a young age you wanted to pursue a career in fashion. Do you think there is some correlation between the fashion and film industry you are currently in? How do you explore that interest in your work today?

Yes and no. They’re both fast-paced, chaotic, magical worlds with invisible rule books that attract a lot of light and a lot of dark. Clothes can and do tell stories and make people feel things, like film does. I suppose the clothes connection is most strong in my career when it comes to costume departments. I adore costume fittings. For me, there are always one or two “hero” pieces of a character’s wardrobe which help pinpoint who they are emotionally. The way the clothes feel, the texture, weight, shape, how I stand, how they make me feel about myself is such an important part of the transformation. I think people do that with their own wardrobes, too; without knowing it, we create our own character wardrobes. 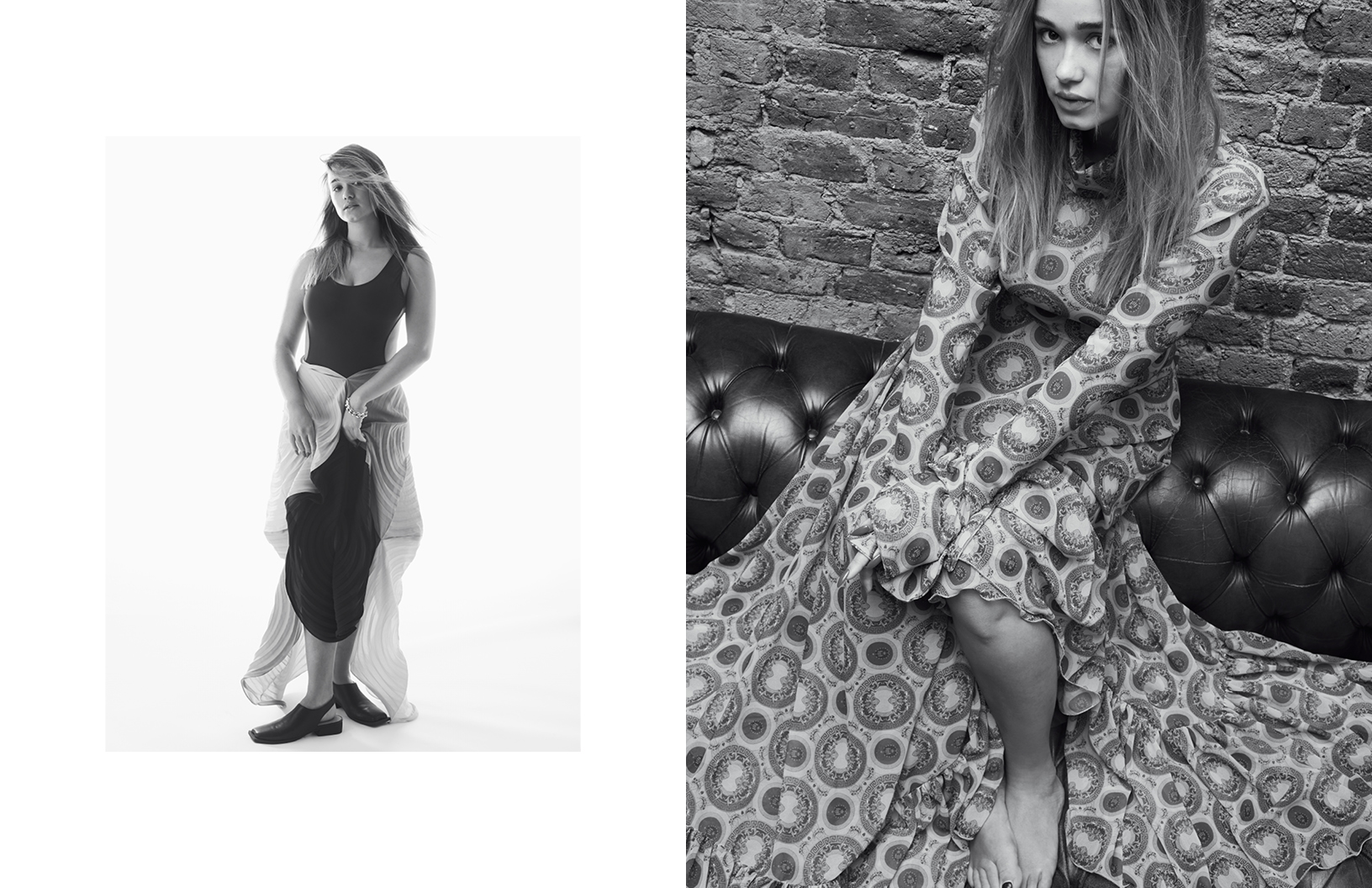 Speaking of fashion, you’ve recently been working on such projects as Sanditon, That Dirty Black Bag and Mrs Harris Goes to Paris — which all have quite impressive costuming. How did you feel performing in such tremendous looks?

The costumes on all three projects were so different and so wonderful. Lauren Miller on Sanditon curated a beautiful sophisticated wardrobe for Charlotte, earthy tones true to character with an injection of blues to match mood. My “hero” piece was a gorgeous long teal coat she wore on windy clifftop Austen-esque walks to work. I felt fantastic in Symone’s wardrobe on That Dirty Black Bag, designed by the brilliant Ursula Patzak. There’s a character-shift mid season resulting in a completely different look for Symone by the end of the series. My first “hero” piece was a thick black leather punky belt, and post shift…a hat and pair of boots Sergio Leone would have approved of. And working with Jenny Beavan on Mrs Harris goes to Paris was a dream come true; she’s a legend in the industry. My favorite 20th century decade for fashion is the 50s. I was in heaven. There’s a mad pair of satin baby pink gloves which totally clash with a emerald gown we found charming and hilarious. All three projects were a total costume joy.

Let’s focus on That Dirty Black Bag. What drew you to the part?

The genre, the world, the characters, most prominently — the ladies of “The Red Lantern” brothel. 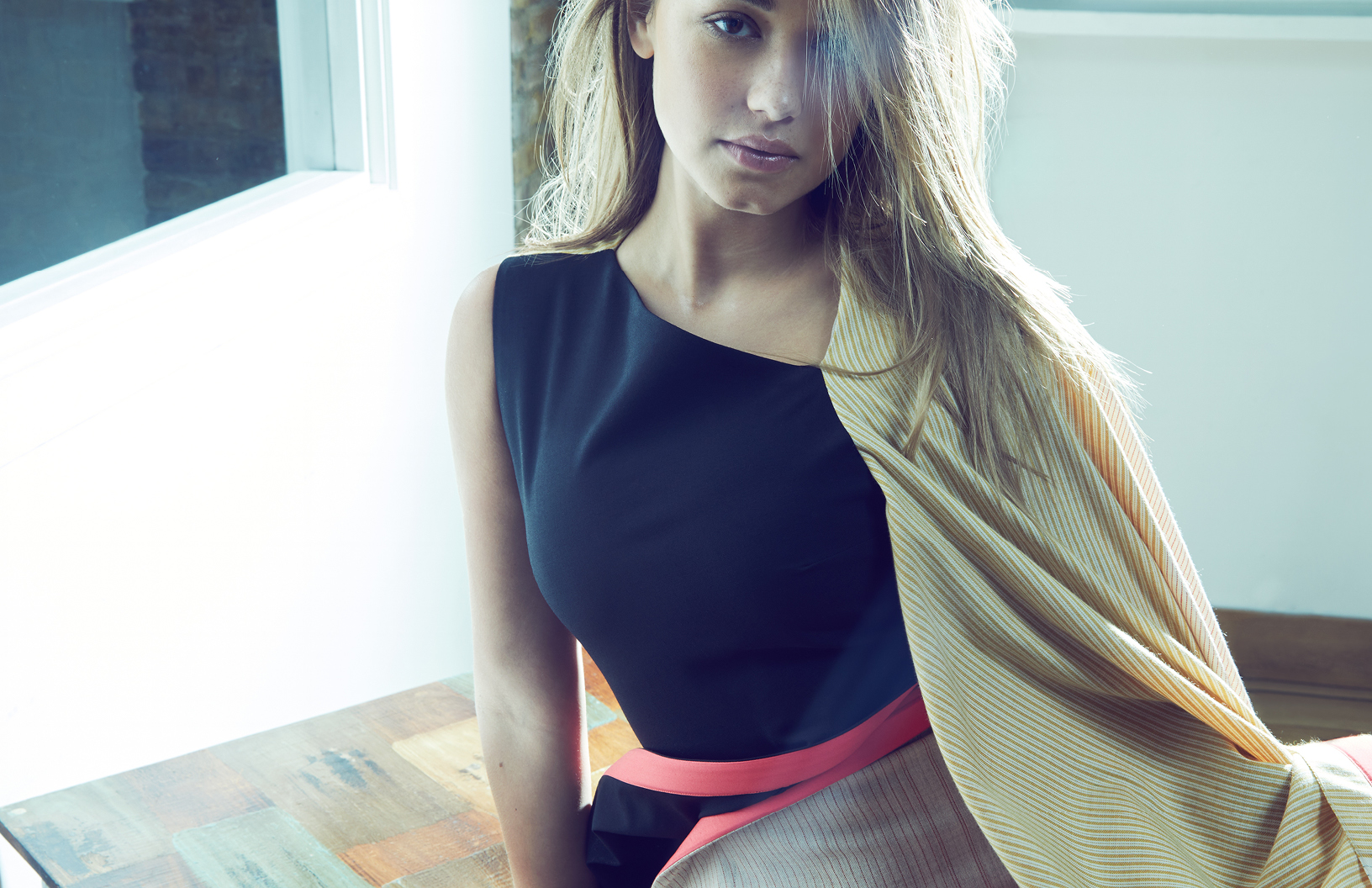 How did you feel about your character Symone? How did you first react when you got acquainted with her by script?

I adored her character’s arc. Without giving too much away, she has a darkness to her, a grit and ruthlessness I haven’t ever got a chance to play. She appears vulnerable, but isn’t. Which to me, is a thoroughly enjoyable contrast to other characters I’ve played in the past. I also adored the relationship between Symone and Eve — played beautifully by Niv Sultan. It’s a platonic love story. Symone cares about Eve more than anyone in the world. In fact, she’s the only person she’s ever truly loved. An ode to a woman-to-woman bond.

That Dirty Black Bag is a Western. How can you personally describe your experience being a part of such a genre? Any favourite aspects of working on a Western?

I enjoy the darker themes explored, the stakes of the story, the gutsy fearless female characters. I personally loved being around horses, and it was an incredible experience shooting in the iconic Mini Hollywood and Fort Bravo. The history of the sets were very much felt. The boots, the hat, the horses. A dream come true.

When you get a role like this, what are the biggest challenges you must overcome?

I was nervous about embodying an American character, had the help of a wonderful vocal coach, YouTube and the freedom of imagination, as the world of Greenvale in true spaghetti western style was part dream-like and part a version of reality, so there was scope to be creative with the character. I guess on set, challenges always come down to logistics. It was a mammoth shoot with a lot of elements to wrangle. We had an amazing 1st AD Mick Ward who very sadly recently passed away. He’s always in my thoughts when talking about the show. He ran the ship impeccably, against all odds with skill, humour and charm. The industry has lost a very, very good one. 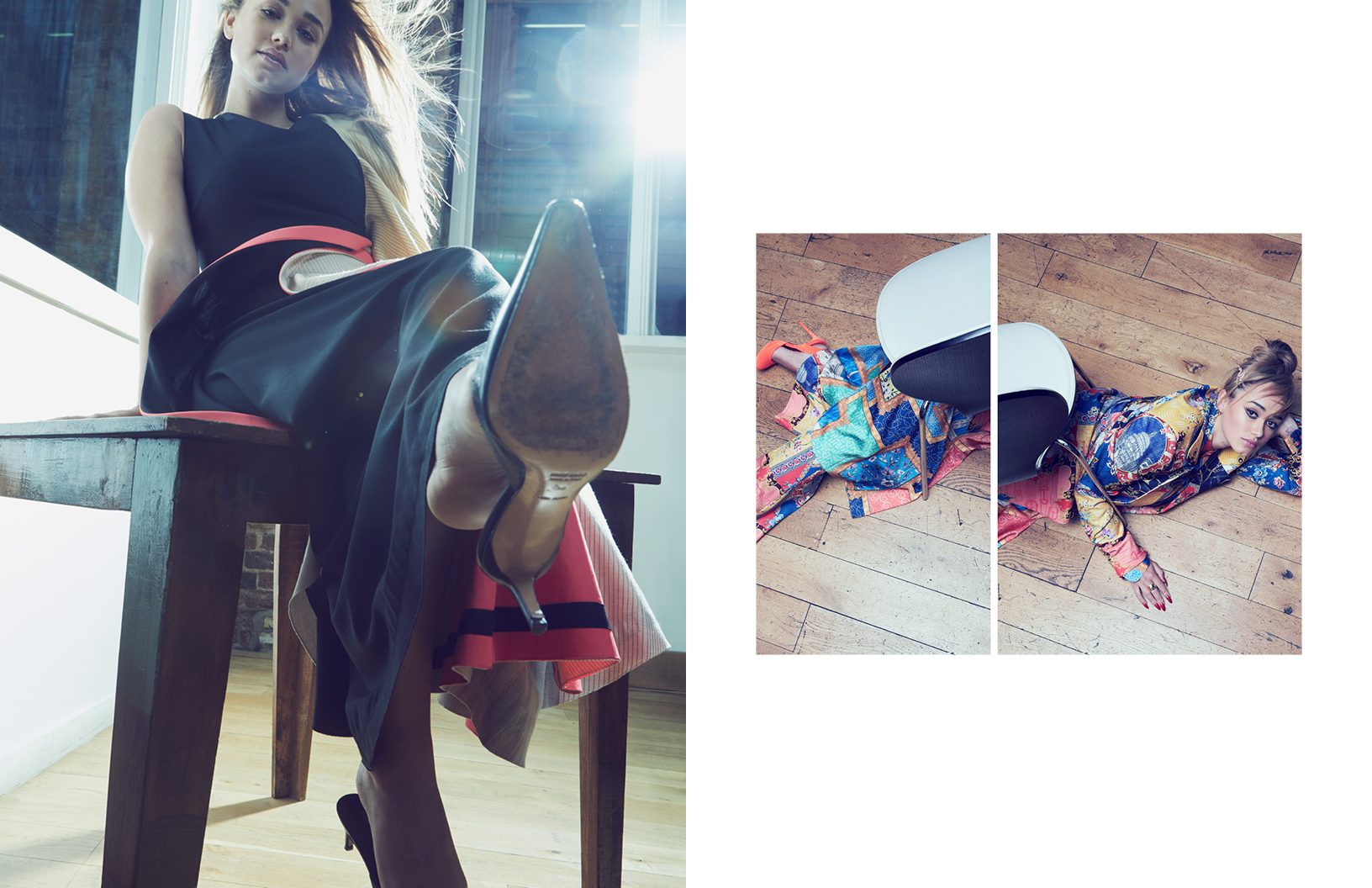 You’re also in the series Sanditon. While the story is from over two hundred years ago, many of the themes are still incredibly relevant. What do you connect with most about your character Charlotte?

Absolutely. I connect most to her desire to explore, seek adventure, and freedom through independence. I am a fiercely independent person, so I could instantly relate to her desire to make a living against all odds. I dropped out of school to pursue the world of work; I’ve always had a desire to make my own money, so I was thrilled when I read season two’s first episode, when Charlotte finds herself a job.

Jane Austen’s novel was unfinished, which leaves a lot of room for interpretation of both plot and characters. As an actor, how do you handle this in the series?

I suppose staying as true as I could to the Charlotte created as a hybrid of ideas from the mind of Andrew Davies in series one. Andrew explained early on that he drew inspiration from the life of Jane Austen herself when adapting the first 11 chapters and imagining Charlotte. I did my best to honour the written pages of our lovely scripts, and tried to keep in mind Jane herself as a reference point, and an amalgamation of Austen heroines I felt relevant to her. Throughout season two I felt inspired by Anne Elliot and Elizabeth Bennet.

Let’s shift to Mrs Harris Goes to Paris. What was your favourite part of working on this film?

Tony Fabian was heaven to work with; I still can’t believe I got this part. It was so much fun. Playing a lighter comedic role was new for me and very enjoyable, the costumes and sets were fantastic, it was amazing to work with Lesley — and a major gear shift and refreshing change was, I got to go platinum blonde. Masterfully bleached by Nicola Clarke. I had long dark hair with multiple colour bands, [and] she took me to a Marilyn, Jayne Mansfield, Diana Dors platinum. It cheered up my 2020 enormously. 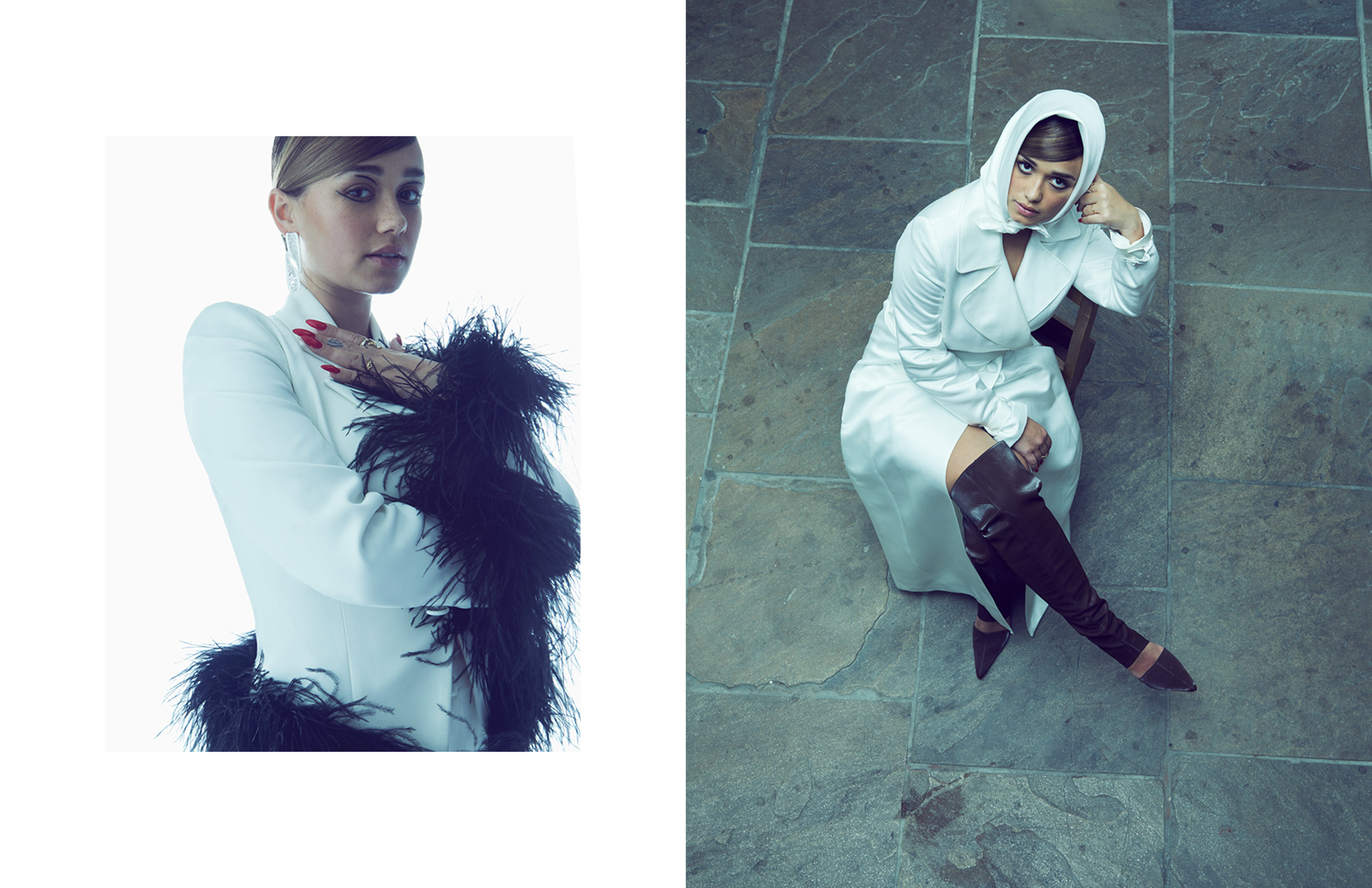 For creating this historical movie you teamed up with such legendary figures as Isabelle Huppert, Lesley Manville, Jason Isaacs and others. Give us a picture of what the ambience was like on set. Did it go how you imagined?

Most of my scenes were with Lesley. She’s an incredible actress so it was a privilege to watch her in the zone and work together. Everyone was lovely. It was lockdown, so no way to properly socialise; however, the atmosphere was still very much incredibly jolly! Lovely crew and lovely generous, creative captain, with THE best taste — our director Tony.

Apart from acting, what’s been keeping you busy/interested lately?

Spending time in and bit by bit doing up my flat. Catching up with friends. The Lego botanicals collection. Gently starting to paint again. A trip to Mexico. A bit too much Netflix.

What’s next for Rose Williams?

Hopefully the opportunity to explore more interesting characters on screen. Definitely painting. Maybe writing. Possibly a new hair colour; I haven’t been red for a while. 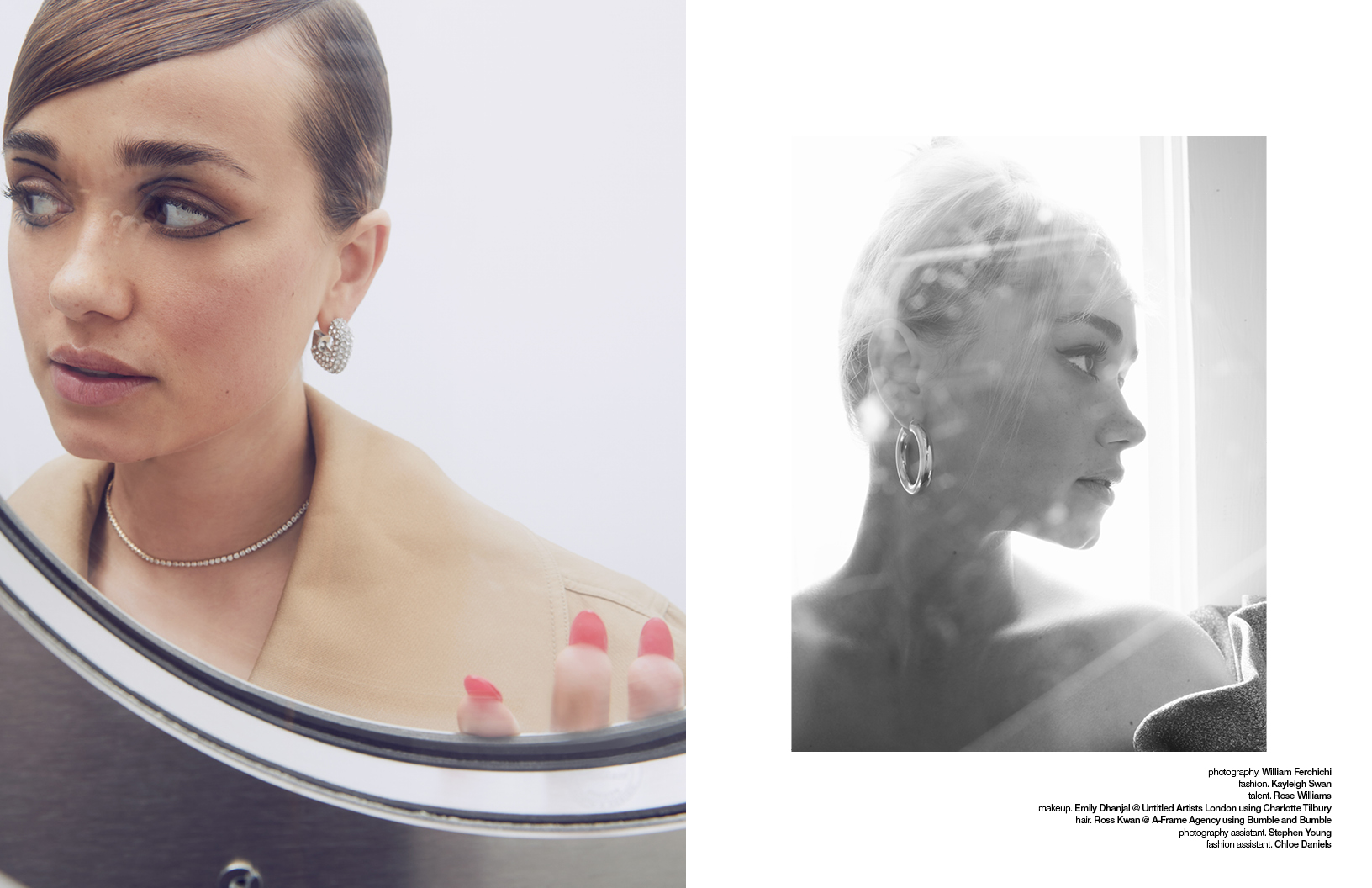