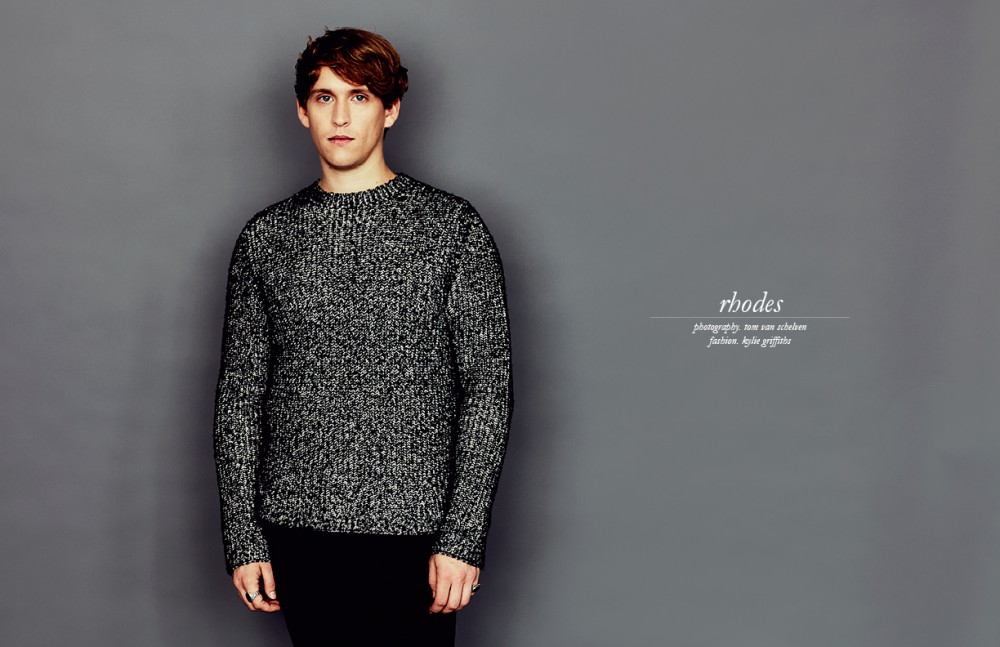 Two-times Burberry croon and Brit singer-songwriter David Rhodes (better known by his last name) has an unlikely fear: his own voice. “I think it’s hard to enjoy the sound of your own voice, whether you’re singing or talking,” he tells Schön! “I don’t often listen back to any recordings or any live performances.”

Unusual indeed, considering he has just released his first album, Wishes, in September this year. Comprising haunting, moving melodies and the lyrical je ne sais quoi some of his peers lack, Wishes is an ode to Rhodes’ journey as a musician, every bit as much a tale of growing up as it is his first true stamp on the music industry. 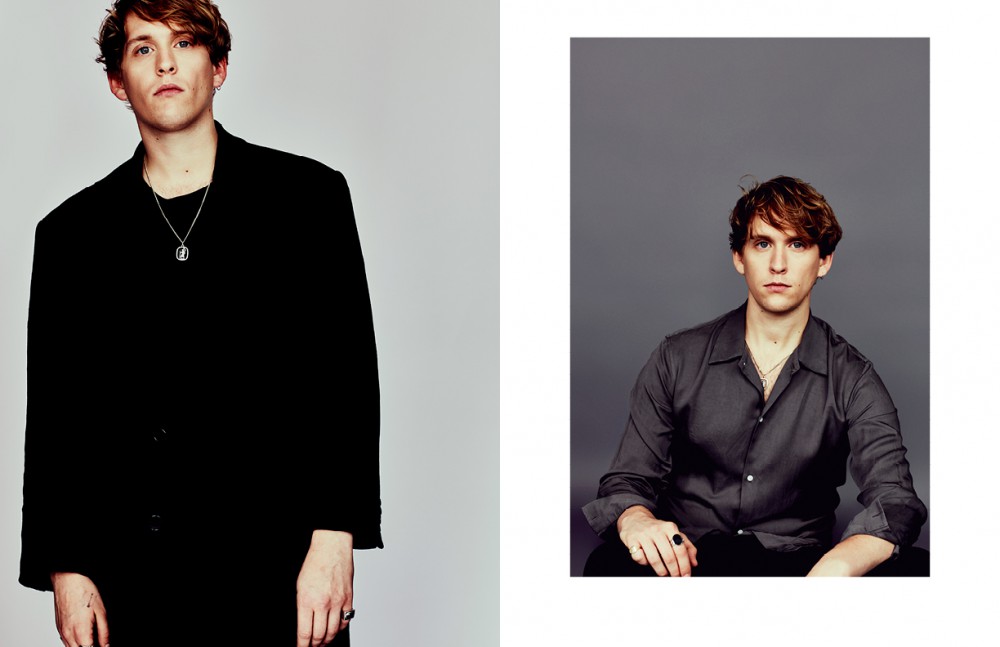 “The album’s got everything good from the EPs [Raise Your Love, 2013 and Morning, 2014]. It’s 12 songs that’s not really a narrative but it’s got that loose story to it, it’s about overcoming fears and relationships,” he says, “I reflected on my childhood to make the album.” Citing his parent’s divorce and a time when he was in a band, figuring out what he was going to do with his life, Wishes is a takeaway for all, and a love story about figuring out his own identity.

But even with the success of his album, Rhodes is every bit the introspective guitarist from Baldock that he used to be, crediting his humble upbringing with his interest in music. “There isn’t that competitive atmosphere. I don’t think people grow up with these ambitions of being huge touring popstars in Baldock,” he relates. “There were a few pubs and clubs and me and my mates just used to hang out and jam. I grew up wanting to be a guitarist before I started singing and writing my own songs but I didn’t really care in what capacity. I was just happy playing.” 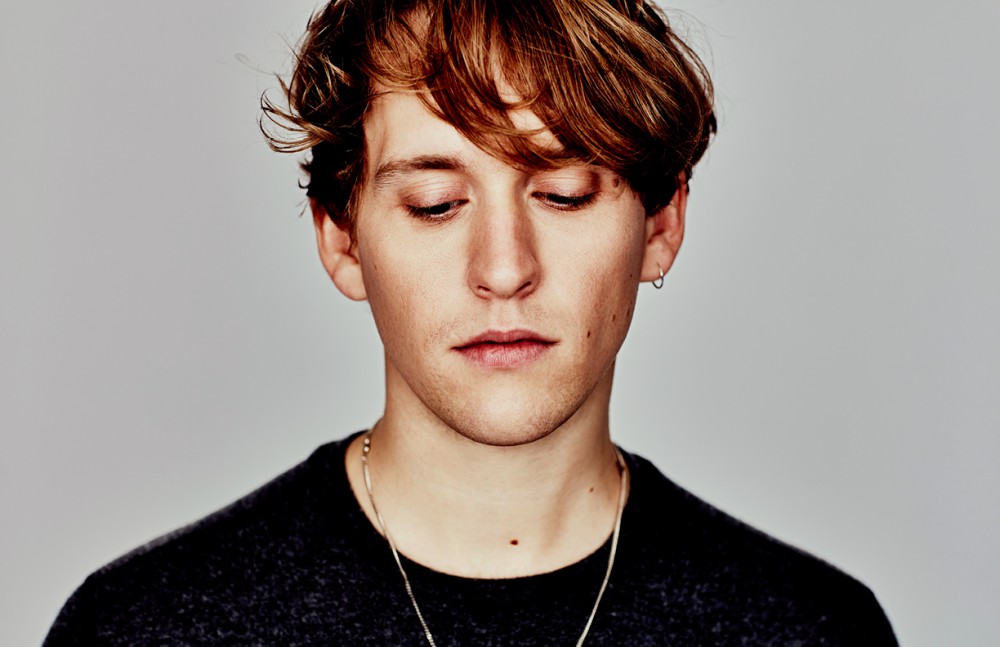 It wasn’t until he moved to London that his aspirations shifted from playing with his friends to penning a solo career, and introducing lyrics. “Moving into London I had this grounding,” he says, “people were telling me I should write some words and I suppose after a while I just started to experiment and become comfortable singing to myself.”

It was his singer-songwriter girlfriend that first convinced Rhodes he should show his voice – something which he had been deeply uncomfortable doing – to managers. “She convinced me she wasn’t being biased and liked what I was doing,” he says, “I think showing her was probably the first step in conquering that anxiety that I have because she’s such a great singer and a great writer.”

She showed it to a few industry friends, one of which became Rhodes’ manager. “I put a few demos online and I was quite shocked at the amount of response I had from it. I had labels emailing me everyday and agents emailing me, it was overwhelming. I kind of just gave my email password to my manager and said you can deal with that and I’ll keep writing,” he says. Only after his first show did he realize “everything’s going to be fine.” 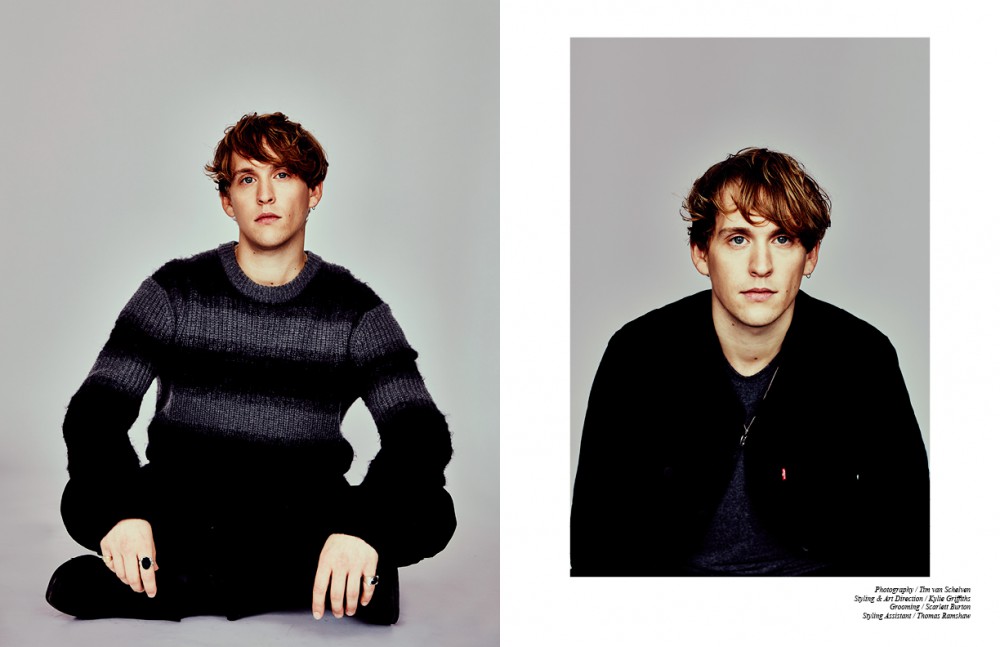 Of course, Rhodes is enjoying the adoration his music deserves, catching the attention of arguably the biggest supporter of the British music and fashion and creative director of Burberry, Christopher Bailey, who singled out Rhodes to play at not just one, but two, of his exclusive London Fashion Week shows. “He saw me do my acoustic set [Burberry Acoustic, where Rhodes performed single Run] and wanted me to play for the show,” says Rhodes, who performed his own single Breathe as well as a cover of Close Your Eyes by Ultravox and I Put a Spell on You by Jay Hawkins at the Spring/Summer 2016 show in Kensington Gardens.

“Although I’d done one show before it was the toughest thing I’ve done. I’m not really a pianist, I do everything by sight and I was in the middle of a tour so I was coming back on forth on the Eurostar to rehearse,” he says, “but I’ve always loved Burberry. They’re very honest about the fact they love music so I jumped at the chance to be a part of it. It was a great experience, really good fun!”

So, what’s next? “I’m writing a lot at the moment. I’m hoping to do a second album with the same set up,” he says. Something tells Schön! this is a sure bet.

Wishes is out now. Click here for more information and up-to-date news.