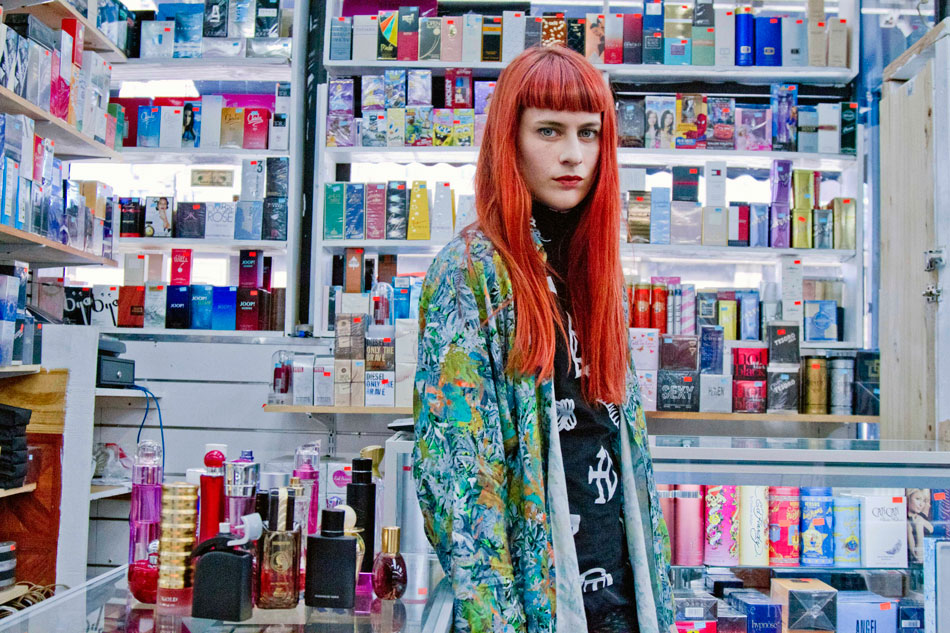 French “dream pop” singer Owlle is making waves in the music industry with her debut album titled France, which was released this past January. The 27-year-old with flaming red hair and piercing blue eyes originally studied scenography and video at École des Beaux-Arts, but realised she was already integrating music in her art pieces. Owlle eventually changed her priority to songwriting and began creating her own demos.

Filled with electronic beats, Owlle’s songs transport us to her dark universe with her hauntingly captivating voice. There is a delightful juxtaposition of dance and melancholy in her catchy music video Ticky Ticky and her new video Don’t Lose It, that recently came out. Schön! sat down with Owlle to discuss her new album in depth.

When you first started, did a music label reach out to you or did you contact them?

I don’t say this with pretension, but I never put anything in a mailbox. I started making serious music quite late. I was lucky to rapidly find professional partners in the industry, a publisher, a label, a live agent.

I started composing around 5 years ago. After arriving in Paris, I finished my degree at the Beaux Arts, interned to pass my second degree, and worked at another job. It was really difficult to do everything at the same time and have my own life. One internship was for the Bureau Betak, a production company for fashion shows. I was very interested in scenography, fashion, and production. If I hadn’t found happiness in music, I think I would be working in fashion. Finally, though, I realised that I should be writing music.

What is the story behind your new album?

My album is an abstract image or landscape that talks about personal things. There isn’t a story per se, but there’s an intention that comes through each song with the movement and rhythm.

I really wanted to construct my album as if it was a ballet. The ideal would be that people hit “Play” and don’t stop the album until the very end. It’s not obvious. There are many albums that I can’t listen to like that, because I may love the first three songs, but afterwards the songs are just repetitive.

The song Your Eyes is a lot slower than the other songs. Whose eyes are you talking about?

It’s about a person that I broke up with, because I had to detach myself from him. In my head, it was a specificperson, but today, it could be about a lot of people. It’s the oldest and most personal song in the album that talks about someone who gave me the desire to do what I do today, but at the same time, accepted to be erased from my life. It was an opening and a closing. It’s something that reoccurs all the time. We all meet people who could be this song.

Why is Fog your favorite song?

Fog was an introductory song for my live concerts. I couldn’t detach myself from this intro. It wasn’t entirely constructed, so I kept it and made it into a song. Fog is my favourite song because it’s from John Carpenter’s film. I had a revelation in the sense that there is something disproportionate in his universe. It’s a little crazy, the ambiance of light is beautiful; it’s everything I like. 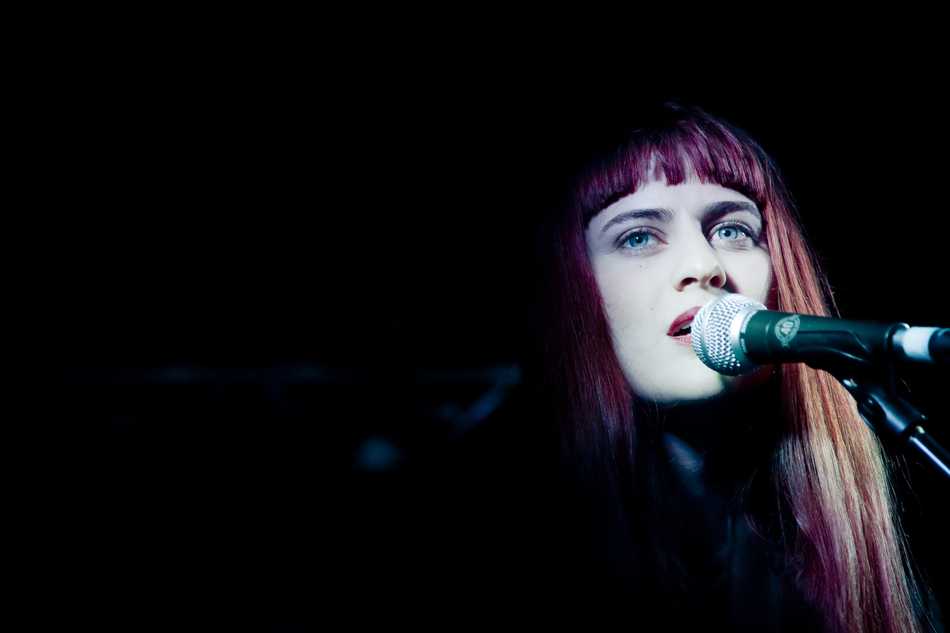 Which song was the most challenging?

Creed, because it was completely different from the rest of the album and it talks about religion. I was stressed to approach this subject. I wanted to do something fun around the topic of belief. My point of view was to make fun of the system that tells us what to believe when we don’t know what is behind it. For the music, it was naïve and good to dance to, but the words aren’t naïve at all.

I believe in something, but they are personal things. I like to go to church, but I can’t say it’s for something in particular. I believe in living things. I think there is something that guides us.

What did you learn from your collaboration with Depeche Mode?

Depeche Mode taught me to not be scared to do a song in English even if I’m French. In France, the French criticise a lot. I haven’t done a song in French yet because each time I have done, it just wasn’t interesting. Each time I found a melody that pleased me, the words always came in English because my musical culture is Anglo-Saxon. There are certain catchy phrases that come to my mind, sometimes I don’t know what they mean, but they’re weird and I like them.

I understand Brian Eno has an impact on you. What do you think of music as a tool for healing?

His work impressed me in the dimension to heal. Music really helped me in the moments of my life that I really needed it, like everyone. I sang as well because when I was a teenager, I had big problems with my back that restricted me from dancing. I couldn’t dance, which is originally what I wanted to do. I wore an orthopedic corset to help me with my back. It was kind of an obstacle because it lasted for two years. I found another solution, which was singing. I took classes for singing. I could express myself, and I discovered that music was really like medicine. It’s an opening to a lot of things. For me, music was therapy. Even now, if I don’t feel well, I have to sing.

Special thanks to Maxime Chanet.