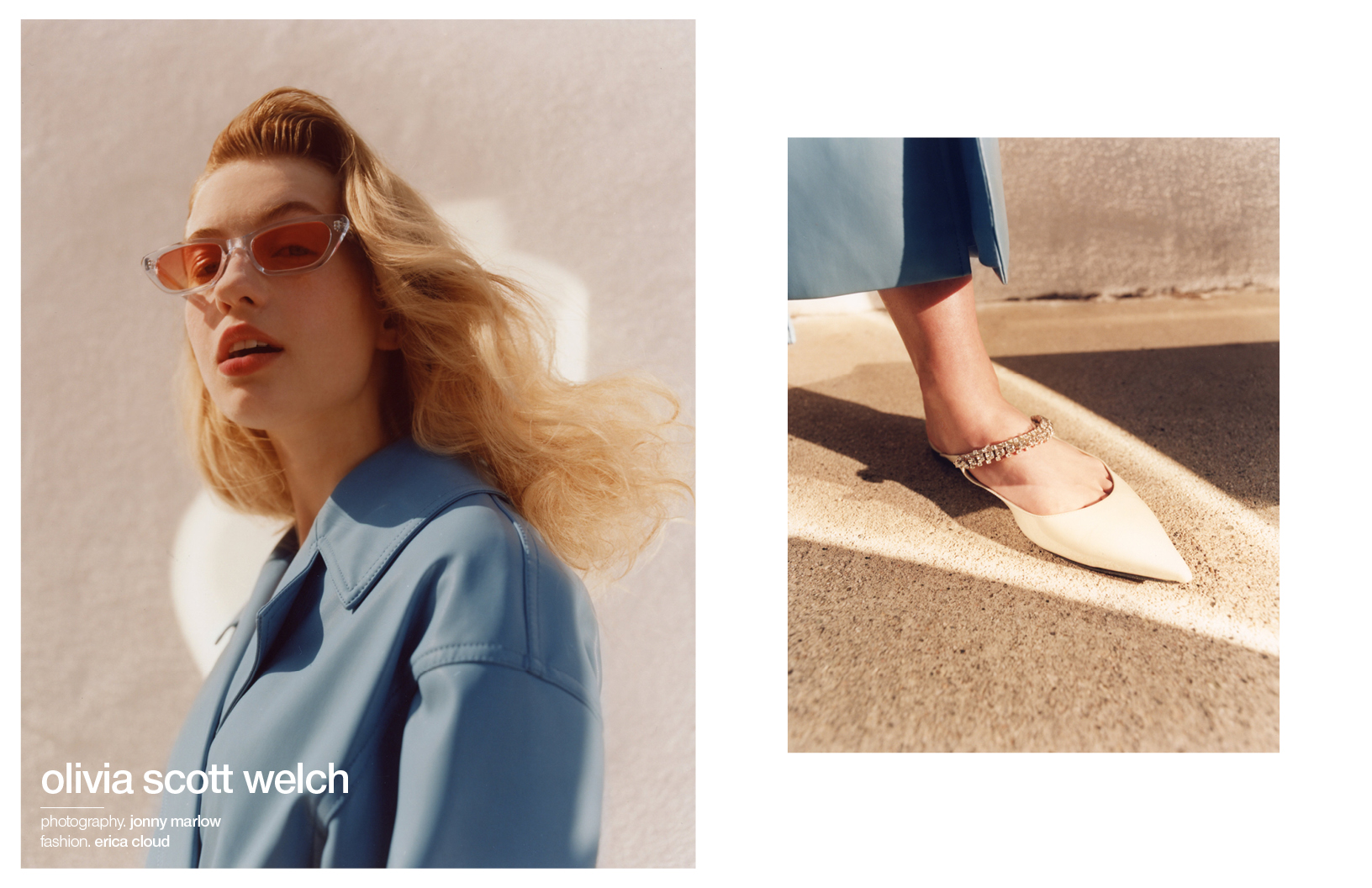 Get ready to be shocked. The new Fear Street series, the first film of which premieres today on Netflix, harkens back to the hack-and-slash period of horror, offering an often unsettling romp through several eras of terror. It’s a bloody, violent cavalcade of nightmares — and American actress Olivia Scott Welch couldn’t be more excited to be its star.

Welch has had an eventful few months. Earlier this year, her Amazon Prime Video series Panic finally saw a release after over a year in production. Now, she’s preparing for the release of all three Fear Street films, starting with Fear Street Part 1: 1994. Being in such brutal and chaotic projects may have made other actors squirm, but for a long-time horror fan like Welch, joining both Panic and Fear Street is the fulfillment of a lifelong dream. Schön! spoke with the actress about her career, her scariest horror film moments, learning to skateboard and so much more.

You’ve had a lot to promote lately, with Panic and Fear Street officially released and being promoted heavily by Amazon and Netflix respectively. How has all that been so far?

I was literally just talking about this last night with Jessica and David, who are on Panic — they play Natalie and Diggins respectively. It’s so funny, because I had done things before, but they’d always been, you know, a few episodes of something — something that was really cool and meaningful to me, but not super huge to the public. Seeing all this, the billboards and stuff, has been so surreal, so crazy. I think the strangest thing for me was like, on Thursday, I just was like a normal person on Instagram. And then by Friday, I was an actress on Instagram. People were reaching out to me and I was like, this is so bizarre.

I can’t imagine what it was like to film Panic. I feel like you had to go all over the place, do all sorts of things. So, let’s go back to the beginning. What drew you to Panic?

Well, at the time it was one of those things — I was a struggling actor and I had like three jobs… [But] I got the first episode for Panic when I got my initial audition. I read the whole episode, and it ends with this cliff jump, and I was like, oh, well this is so crazy. I did my initial audition, and I didn’t hear anything back for a long time.

And then they hired a director, Leigh Janiak — she directed the original pilot, and she also directed Fear Street, the whole trilogy. She called me in to have a director meeting with her, and I immediately was like, I love this woman. The way that she was talking about the pilot was so incredible. She wanted to approach it from this place of real filmmaking and having this sense of magical realism, all of these really great elements. I was just excited at that point to work with her, and when I got to producer session stuff, it was almost all female producers. As the elements started to unfold through the auditioning process, I was like, this is a really cool project to get to work on for all different reasons. 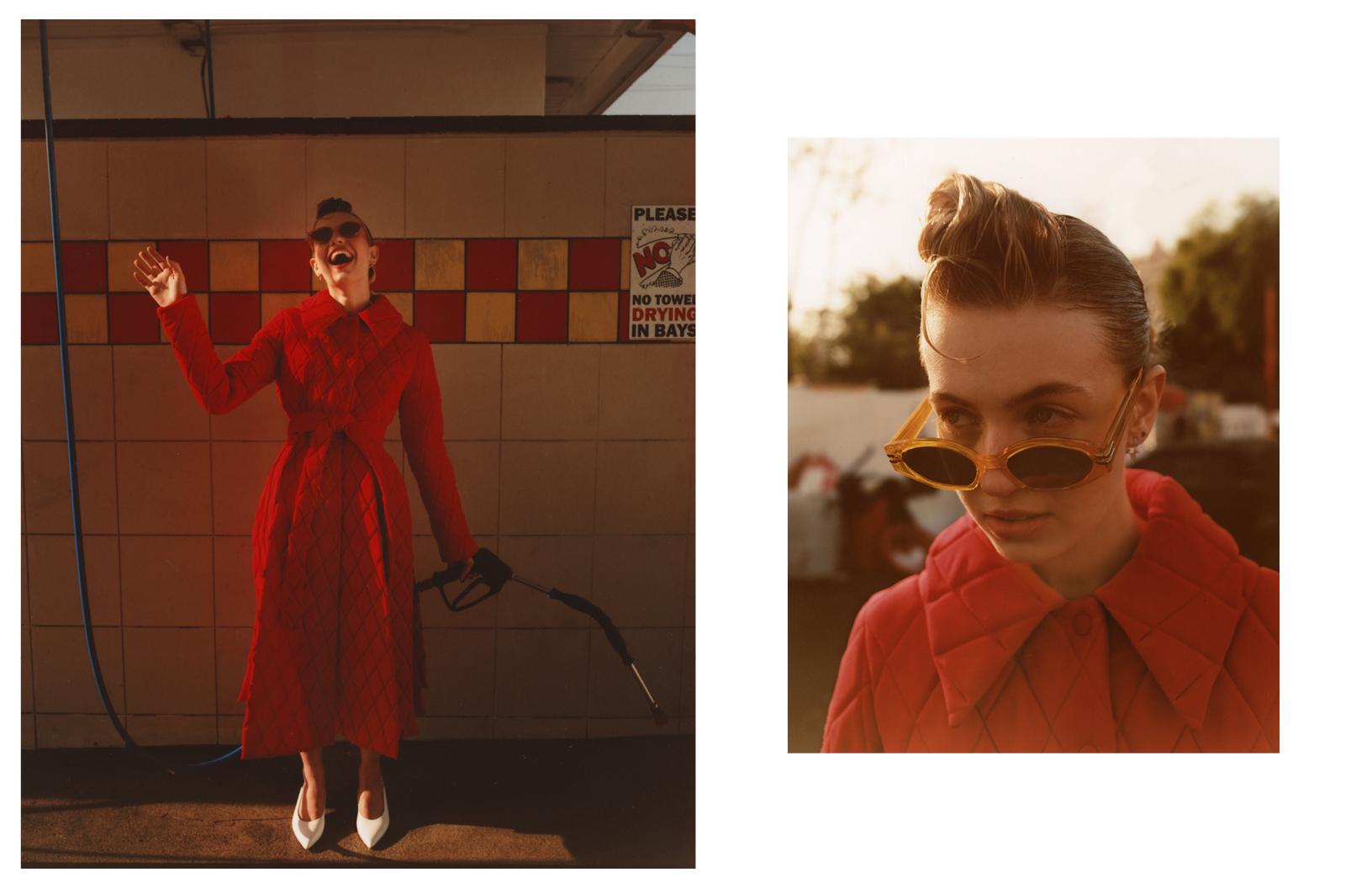 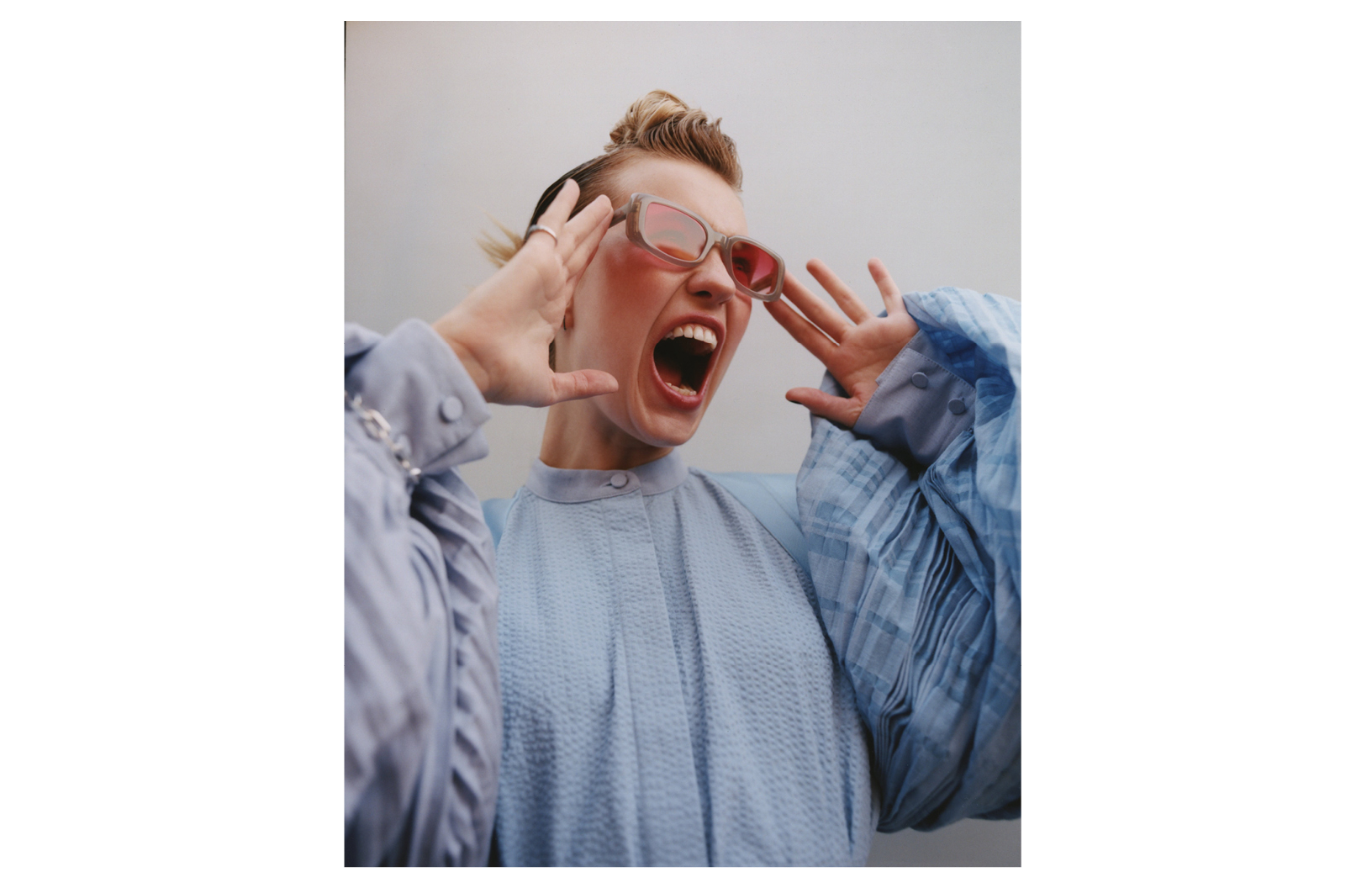 Season one ends on a cliffhanger, but it leaves it in a very open-ended way. Do you have anything that you want to see happen in a second season? Any new sort of challenges you’d want to see?

I remember in the cast, we would always love to come up with funny ideas about what we wanted to happen in season two. Ray and I would always joke that in season two, it’s everybody else playing the game, but we’re in love and live in a normal house. Like, it’ll cut to us and we’re just doing domestic things. You see police and everything, and then we’re just like, ‘Would you like some Cheerios?’ Like very, very normal things. And then every once in a while, we’d be like, ‘Remember last summer? That was crazy, wasn’t it?’ And then we’d just move on.

I would love to see that. Now, let’s jump to Fear Street. You said you were a horror fan — was this something that you were super excited about when you got the script?

Oh yeah… [Panic director Leigh and I] discussed movies all the time, and I remember one day she was like, ‘I think you think you might actually be perfect for these movies I’m doing next.’ She was like, ‘They’re these crazy horror movies. They’re going to be insane. Someone gets drowned in a lobster tank. We’ll talk about them later.’ And then she like, went to do something. And I was like, you cannot just leave me that detail and not elaborate, Leigh! But I was so excited about them from the minute that she told me. And then, when I got the script for them, I lost my mind. The end sequence in the grocery store and stuff — it just was my dream. I’ve loved horror movies my whole, whole life, and especially that era of horror movies. It’s one of those things where I was like, oh, I’ll never get to be in like a 90s slasher movie because I wasn’t born in time to do one. But with this — there were times where we’d be filming sequences, and we’d all be crying and stuff, and then like something would happen and I’d be like, ha! This is so cool! Because this is what I’ve wanted to act in my whole life, you know? It’s just been my dream to be in these movies. 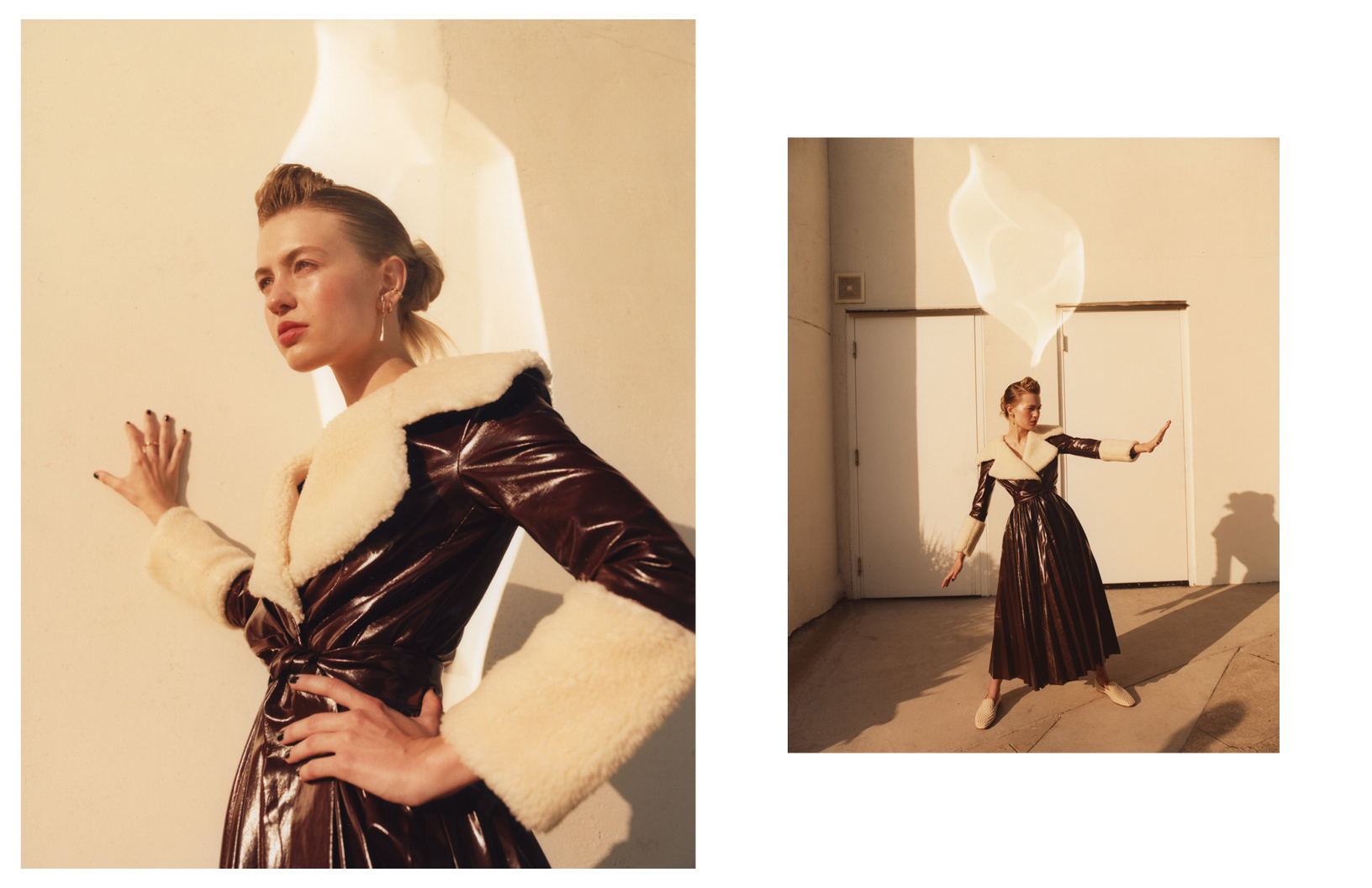 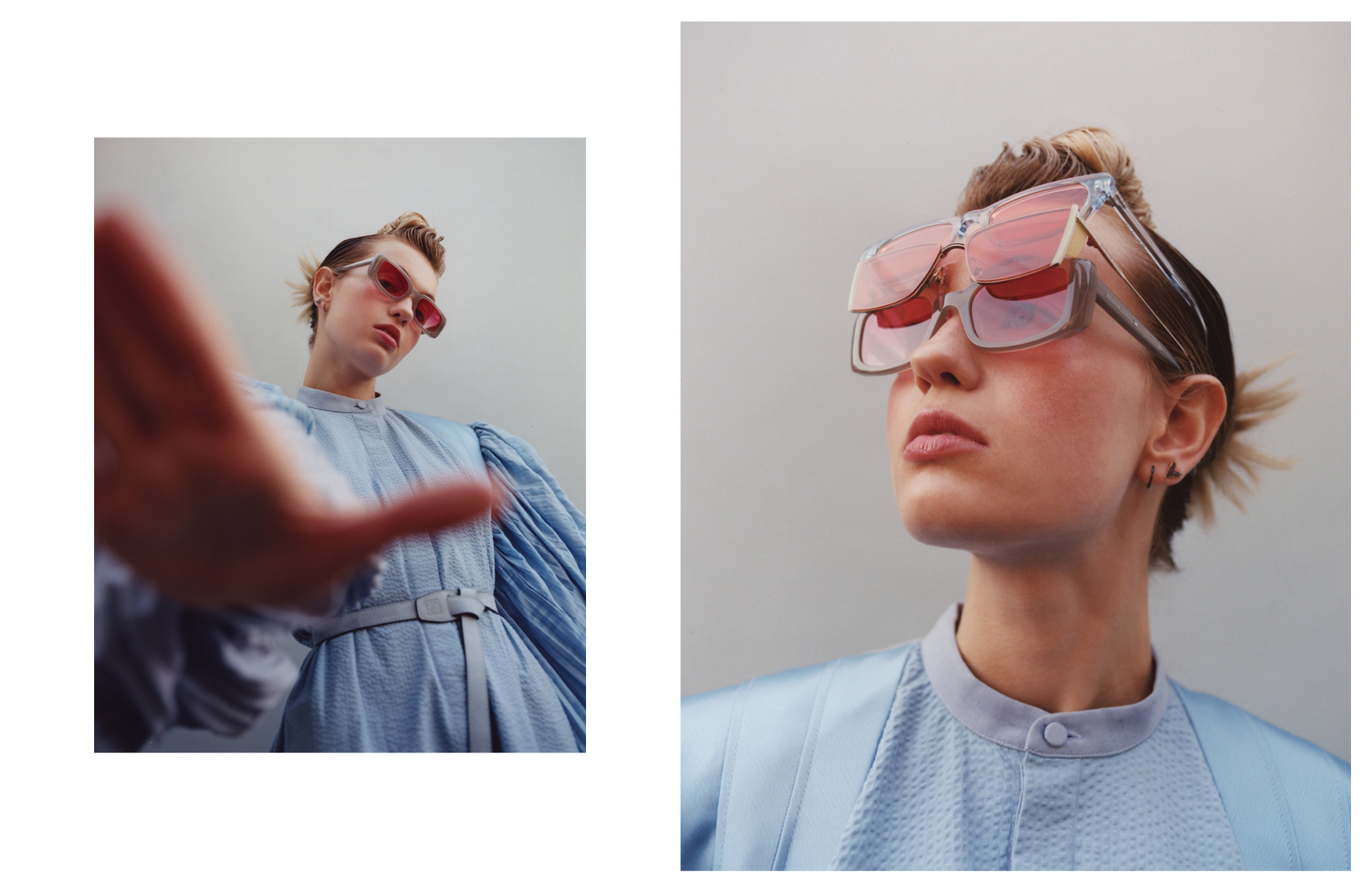 There are a lot of truly iconic kills in this movie. Did you have a most memorable scene — or kill — from the filming of Fear Street?

This is such a good question. I think, the grocery store scene. There are so many good moments, but the Kate scene in the grocery sequence is so crazy. It’s a thing where I was talking to Julia and I was like, ‘I think this may be iconic. Iconic for you, iconic for cinema. Maybe I’m being crazy here, but I think this is pretty insane. This is so unmatched.’ My writing partner watched [the film] with me, and when that happened, he was like, ‘I think this is too much.’ And he’s, like, a grown man! I was just like, ‘well, it’s in the movie, so it’s staying in. It’s going to be awesome.’”

Going back to horror films more generally, do you remember the first scene in a horror film that really spooked you?

I think maybe it was Jaws. With Scream and Nightmare on Elm Street, I knew going in that they were scary — I had heard my parents say, like, ‘these movies were so scary when we were kids.’ But I remember seeing Jaws and my dad being like, ‘oh, this is just a great movie.’ There’s that scene where they go underwater to look at the boat wreckage, and a dead body comes through a window. There’s a jump scare, and that’s kind of burned into my brain. And there’s another scene at the beginning of Jaws where the swimmer gets his leg cut off, and the bloody leg falls to the bottom of the ocean. I remember being like, ‘well, that’s upsetting. I didn’t know I was going to see this dismembered leg today, but alright.’

This is a complete left turn from blood and guts, but let’s talk more about you as a person. What’s a hobby or habit of yours that people wouldn’t expect you to have?

I feel like I need to gain new hobbies… I learned to skateboard during the pandemic, which was very exciting. That’s kind of a new interest I’ve taken up. I’ve always wanted to do it, but it was always a thing where I wanted to, and then I was acting, and when you act you can’t break a bone because they might need you. But during the pandemic, I was like, ‘well, it doesn’t matter if I break a bone now because no one will know.’ So, I learned, and it’s been awesome. I love it so much. It’s been really great, such a meditative, nice thing. 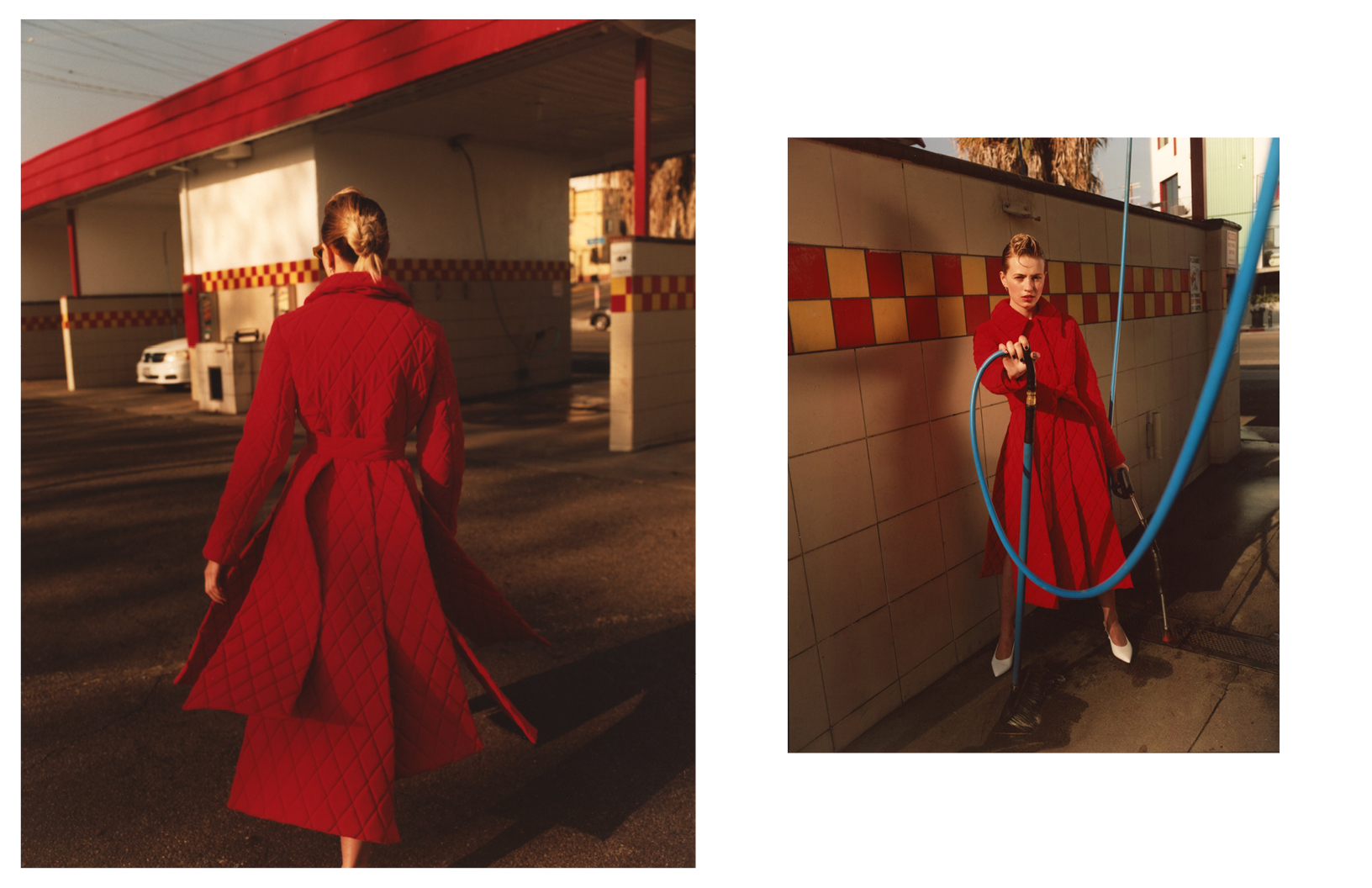 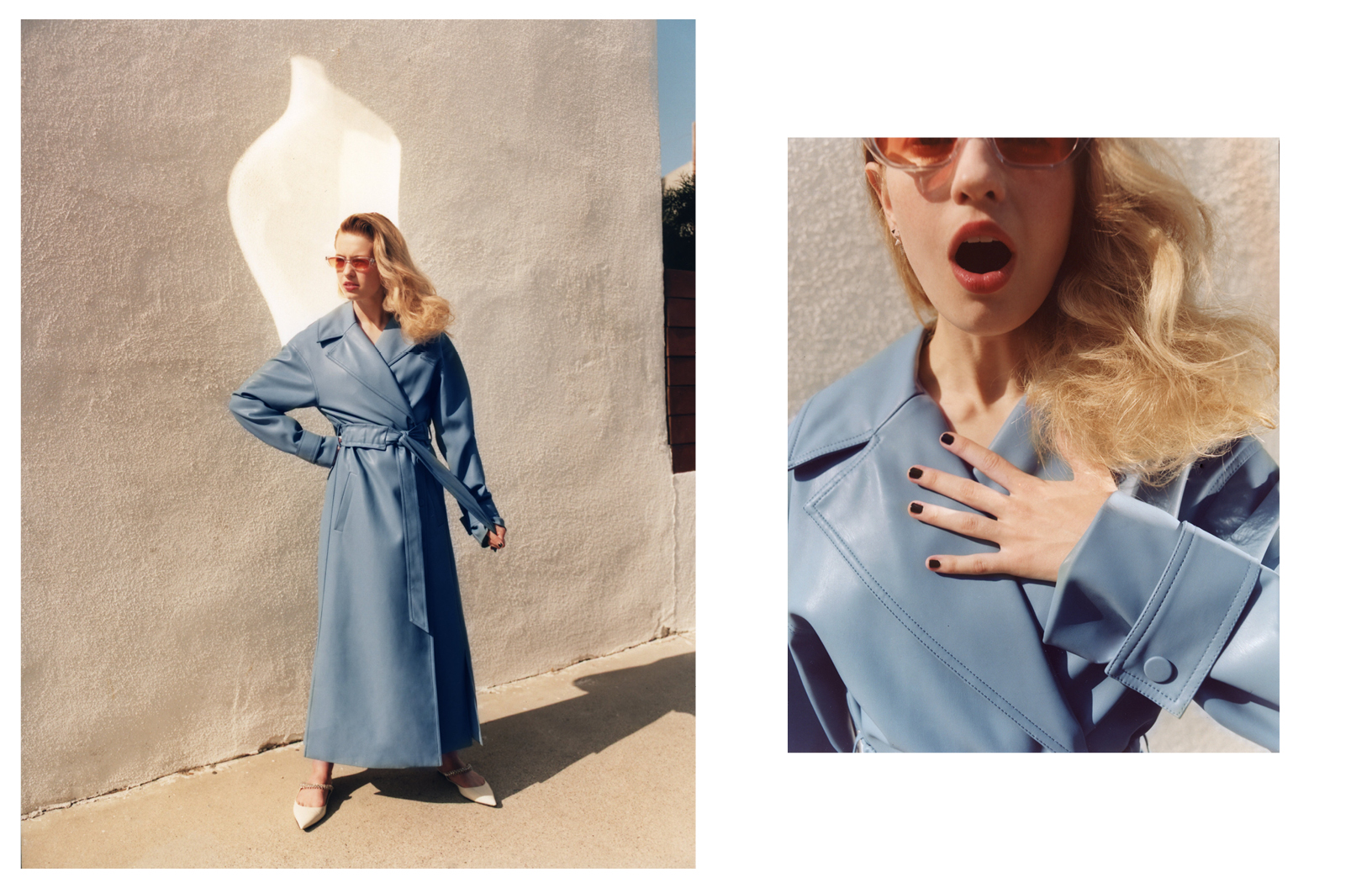 It can be short-term or long-term, but what are you looking forward to right now?

I think, aside from Fear Street coming out, because that’s what I think about all the time… I started producing movies on my own, my own movies, and there’s one of them that I’m super, super passionate about and I think is really cool and spooky, and we’re trying to get it made right now. I’m just excited to see what happens during that process, because it’s something that I really believe in. So, I’m not worried about it getting made, you know what I mean? Because I feel it in my bones that we can get this made. But I’m just excited to see it and go through the process of that. I think that’ll be really cool.

Can you reveal anything else about that? It sounds horror-adjacent.

Yes, it is. I wonder what I can say, because I’m not the director of it. I helped write it and I’m going to be in it and I’m the executive producer, but it is about a brother and sister and a bunch of crazy stuff happens to them… It’s very genre-specific and very spooky, and I think it will be great. I’m very, very excited about it. 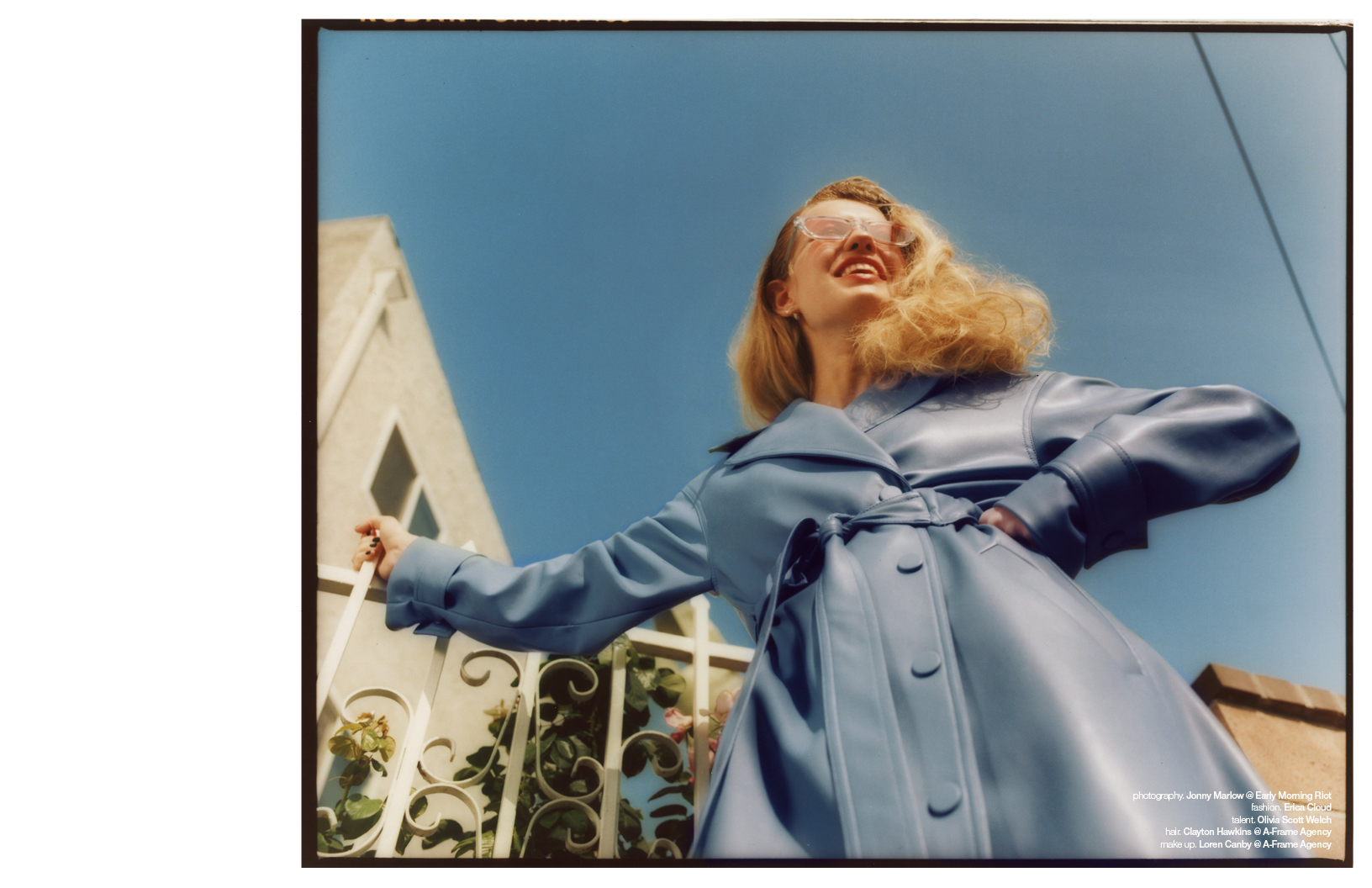