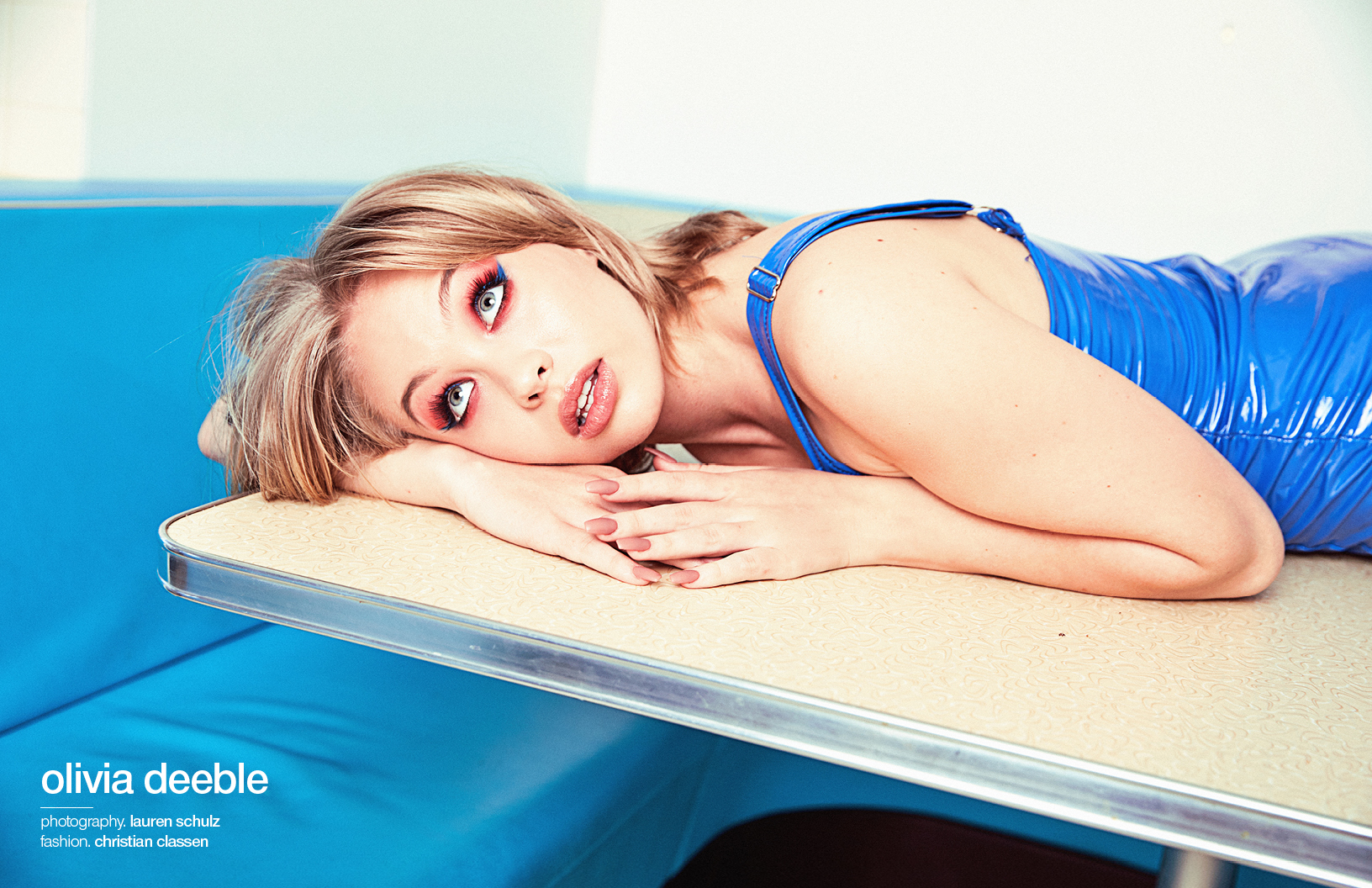 Olivia Deeble has always been fascinated with telling stories. Coming from a family with thespian roots – two of her grandparents and her mother starred in TV shows – it was only natural that Deeble would follow suit, telling her stories through acting. She started her journey as a spunky kid on the playground in Little Lunch, then as a teenager going through dramatic ups and downs on the Australian TV soap opera Home & Away, and soon, she’ll deliver an exciting new story as a Disney princess with superpowers. Alongside the likes of Peyton Elizabeth Lee and Skylar Astin, Deeble is set to star as Roxana in Secret Society of Second-Born Royals, premiering September 25 on Disney+.

Deeble is already a seasoned actor at the age of 17, but she is also a regular teenager. Deeble is navigating the joys and perils of social media, much like her character Roxana. To know more about Secret Society of Second-Born Royals and more, Schön! caught up with the star.

You come from a family of actors. Were you always interested in acting yourself?

Yes, 100%. It was never forced upon me, I was surrounded by it and it brought me so much joy. When I realised it was something you can do as a profession, I knew it was the path for me.

Was there something that caught you by surprise when you started in the industry?

Not really, I took it all in my stride. When I got into Home and Away, it was more fast-paced than my first show, Little Lunch, had been. It took a while to build up my stamina to cope with the long hours.

As you briefly mentioned, you got your breakout role in Home & Away when you were only 13. What was it like making major career moves when you were still in secondary school?

It was an incredible opportunity. It wasn’t my first job, but it was a high profile show and I had to move for it. It meant leaving my family, friends, home, and school, so it was a life-changing experience.

Enough of the past and more of the future, what drew you to the role of Princess Roxana in Secret Society of Second-Born Royals? How did you land the role?

Are you kidding? Who wouldn’t want to play a Disney Princess! She is fun, smart, has a great journey, and wears great shoes! I initially did a self-tape and heard quite quickly that I was short-listed. Then, things slowed down a lot as they went through the casting process. I was still working on Home and Away and wasn’t able to fly to L.A. for the chemistry read, so I was worried that had taken me out of the race. About a week after I had a Skype meeting with the director, Anna. After that, I sent off one more audition and got the part! Five days later, I landed in Canada and got to meet everyone face to face for the first time.

What kind of backstory did you create for Roxana? What do you want us to notice about her that we might miss?

When I first read the character breakdown, I immediately thought that she should have a posh English accent. When you first meet her, she comes across a bit spoilt and bratty. From the synopsis, I figured she was a Nordic Princess, and I decided she had an English Nanny – thus her accent. A lot of her hang-ups stem from people thinking she is shallow and vain, but like everyone, she is just navigating her life. I did wonder if the audience would notice that Roxana’s make-up look softens as her confidence grows, peeling away a mask of sorts.

How is Roxana similar to and different from past Disney princesses?

She is similar to other princesses in that she loves a ball gown, a party, and has long flowing hair. She has to be brave, strong, and hold her ground. She differs by having a severe phone addiction and a superpower. 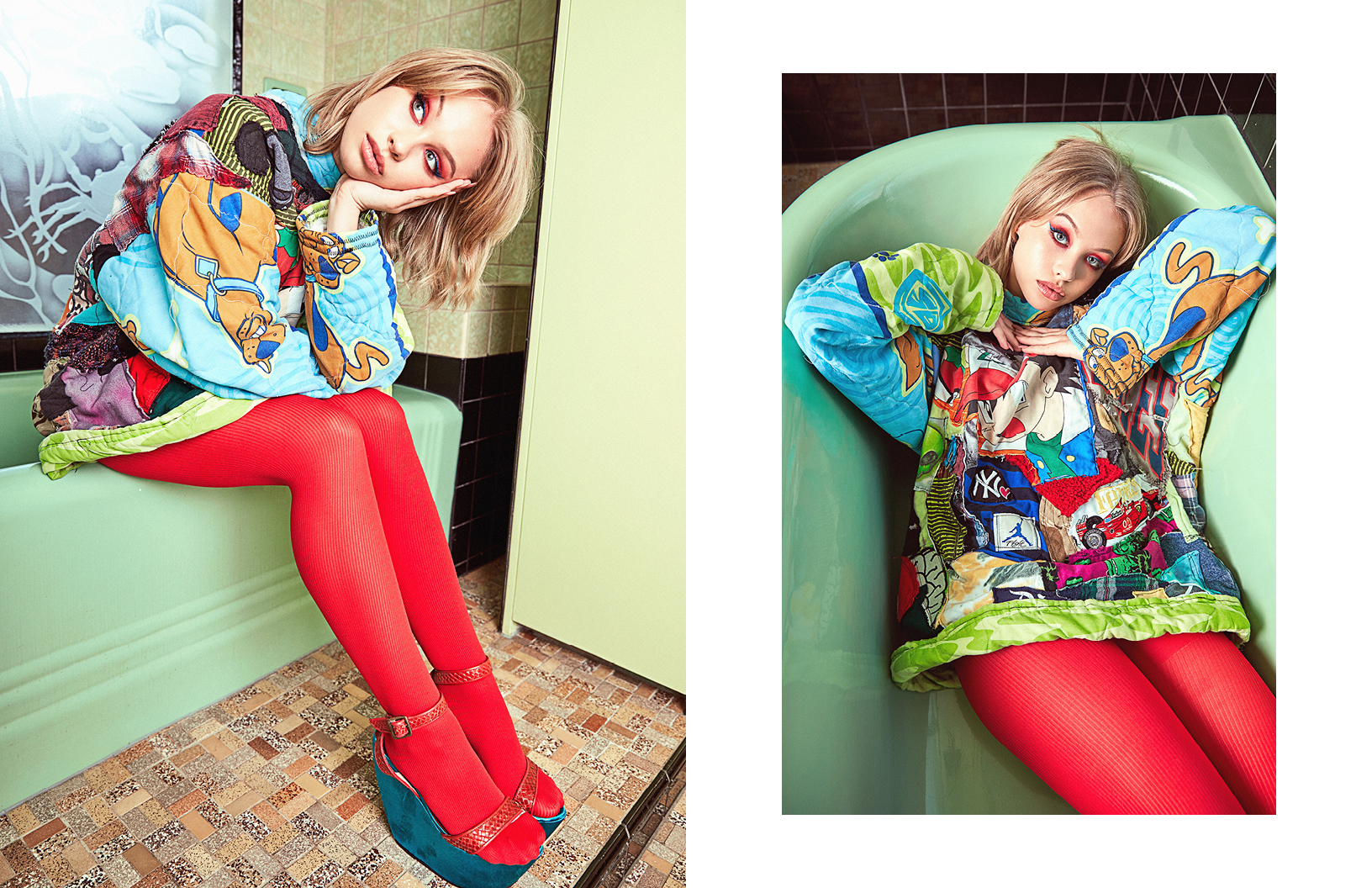 How was it working with CGI and green screens? What tip would you give fellow actors?

You have to work with your space to fill the gaps with your imagination and make it real for you. You have complete trust in the creative team bringing the effects to life and know that it will look amazing because, in the studio, it looks [like] nothing. We rehearsed the stunts in a different space, so you have to rely on your muscle memory from rehearsal and bring the same energy timing and performance when you are just surrounded by green.

The show’s main characters are royal and have superpowers. But what makes the show still relatable to viewers and our world today?

Everyone has baggage, everyone has problems, and everybody needs good people in their lives. The second borns have to learn to work together and it’s their combined strength that makes a difference.

It’s pretty amazing for a girl from the other side of the world to get to play with the big kids. The sheer size of the production and the number of people on the crew was quite overwhelming. There was more food on set than I had seen in my entire life.

How do you see the industry changing with new streaming sites like Disney+?

Personally, I am watching more movies. I like getting to do that where and when I want. I think it will give more opportunities for the people making movies and for stories that get to be told.

What makes you excited and nervous about being a star in this day and age?

It’s easier to reach people because of social media and I feel more connected. Your hero might actually see your tweet or read your DM. But, criticism nowadays is so personal and it’s harder to block out. Even though I am a very open person, I don’t want everyone to know everything about me. I am very grateful and excited about this opportunity and hope to do a lot more work in America because of the great movies that are made there.

You mentioned elsewhere your creative pursuits outside of acting, like writing and dancing. What inspires you for these projects?

Writing is the same motivation as acting. It’s about telling great stories. I want to be in the driver’s seat for a change. Dancing is more personal, to express myself physically and keep up my fitness at the same time. I dance for myself.

Do you have plans to release anything in those areas in the future?

Actually yes! I have a series of short films which I have made and am releasing on IGTV very soon.

You’re clearly a very driven person and only getting started. What are your goals for the future?

I am in my final year of school – our school year finishes in December – so I want to get the best grades I can. I would like to do some further acting study in Paris and of course, I want to continue to make movies. I want to work in America, Australia, France, and everywhere else. 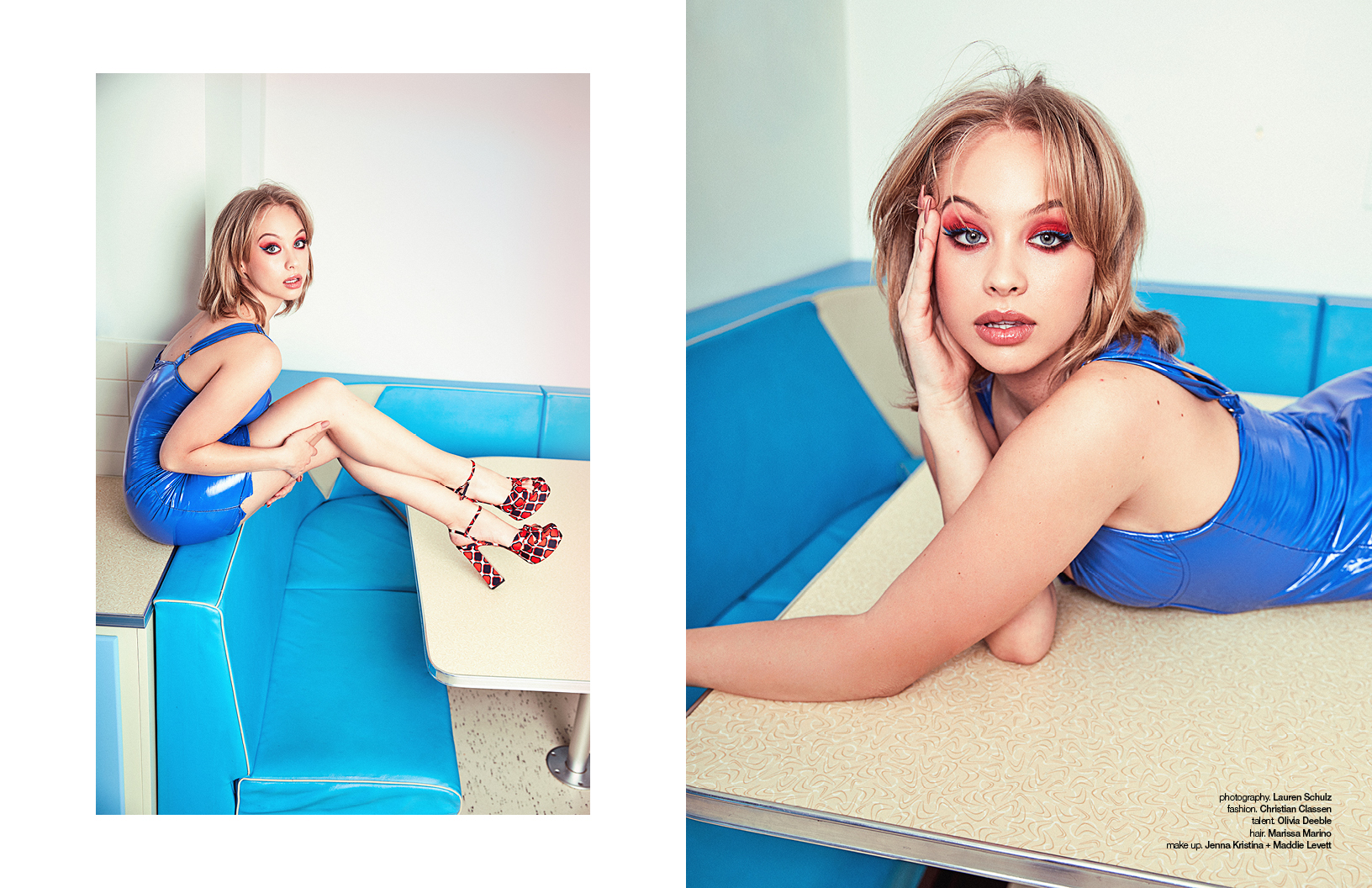 ‘Secret Society of Second–Born Royals’ will premiere on September 25, only on Disney+.