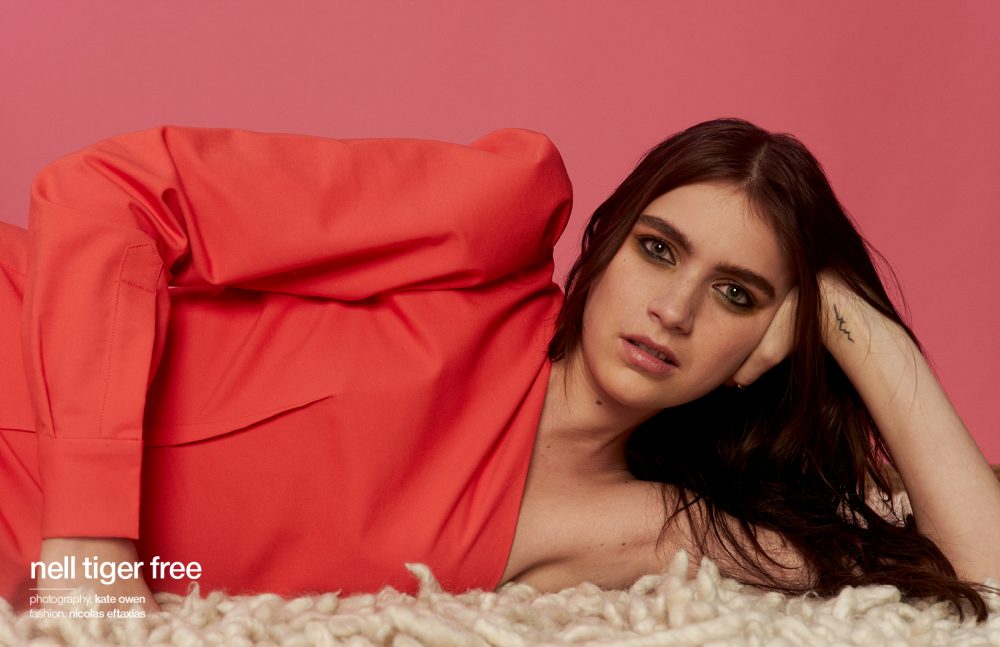 Nell Tiger Free is an actress as fierce as her namesake. After launching into the spotlight with a brief yet beloved stint on Game of Thrones, Free laid low only to make an explosive return earlier this year. In June, she starred in the Nicolas Winding Refn-directed Amazon crime drama Too Old to Die Young alongside Miles Teller and Augusto Aguilera; presently, she can be seen on Apple TV+’s Servant, where she portrays the dark and mysterious Leanne Grayson. As Servant‘s first season comes to a close (and with a second already confirmed) Schön! spoke with Free about her history with acting and her experience working on the series.

As your first recurring TV role, what were some of the lessons you learned from your time on Game of Thrones?

I feel like I was very much still a child when I was filming Game of Thrones. I was fourteen and turned fifteen on the set. Stepping into a world that was already so beloved and popular was definitely a lot of pressure for me at the time. I think that I truly believed I was going to turn into a movie star overnight — in my head being in Game of Thrones meant I had made it, but it really doesn’t work like that in this industry. I was straight back into the audition room after the show aired and that was a very important reality check for me. I learned that truly finding your footing in this industry takes a lot longer to cultivate, and I’m still working on that now.

How does it feel to have been a part of such a momentous series?

It’s definitely still a very big part of me, I was only in the show one season but I still get called “Game of Thrones girl” and “Myrcella” by people. I think a show like that truly sticks with the audience and the people who worked on it. It’s such an iconic series that, even though I finished filming it five years ago, it’s probably still what I’m most associated with, and I don’t have a problem with that. I’m proud to have lent a hand in a series that was so universally loved, and I don’t really mind that drunk people at parties are still asking me what it feels like to be poisoned! 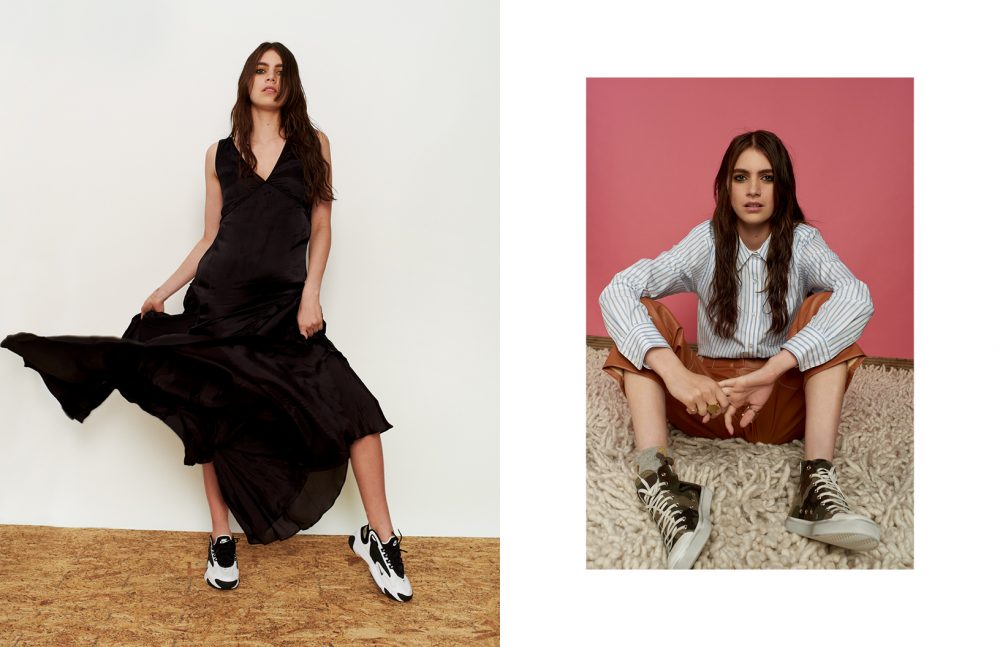 When you were first entering the industry, who did you look to for advice and how did they help you?

The first film I shot was called Mr. Stink. I was eleven and had absolutely no acting experience. I was incredibly lucky that the adult cast surrounding me were the epitome of how actors should conduct themselves. I was working with Hugh Bonneville, Johnny Vegas, Sheridan Smith, and David Walliams. They were truly some of the kindest, most talented and professional actors I’ve ever come across. I spent the majority of my scenes with Hugh and it was pretty much the best masterclass I could’ve received. He would walk me through things I didn’t understand and teach me the names of lenses and of shots and taught me that conducting yourself with kindness and respect for every person on set was of the utmost importance. Without those guys I would probably be a very different type of actress, so I owe a lot to them and will always be grateful.

What was your most memorable moment from working on Too Old to Die Young?

Too Old to Die Young was my first real foray into the adult acting world. I had to tackle some very dark and uncomfortable material, and it was definitely a challenge. I feel like I aged ten years on that set! I was honestly a different person by the end of shooting. I would say though that the moment that always resonates with me while shooting Too Old to Die Young was having a gun pointed at my head! It’s truly terrifying even though you know it’s not real. Staring down the barrel of it genuinely affected me; it evokes something in you that’s difficult to explain. 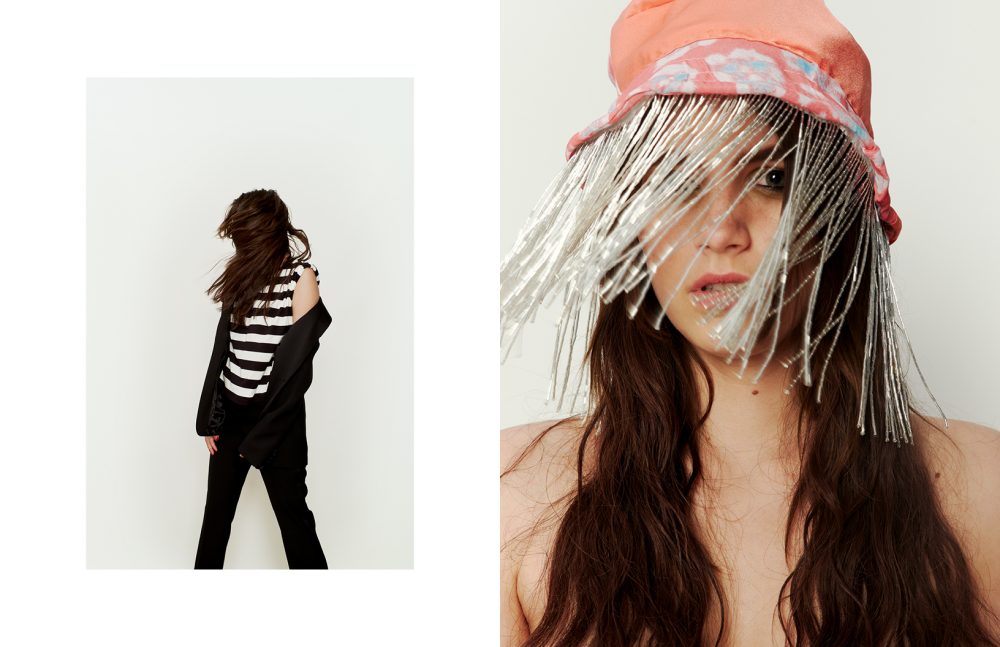 What were your first thoughts after reading the initial scripts and seeing your role in Servant?

The scripts were so engaging to me right from the outset. I feverishly read the first one when I was asked to audition, and then when I got the role and received eight more scripts, I read them all in one sitting. The writing gripped me instantly, and I was so interested in the enigma that is Leanne. I couldn’t wait to tackle being her.

Can you give us a little insight into your character in Servant?

So I play Leanne, who is the mysterious, quiet nanny to the Turners. She is hired to take care of their baby Jericho, but of course, all is not as it seems. Leanne’s intentions and background are always up for debate. She definitely begins the series as the antagonist, but watch her closely because she may surprise you!

When playing a role in a darker piece like this, is there anything you do to avoid it weighing too heavily on your psyche, or just to maintain a good mood on set?

We shoot almost the whole series in this one house with the same four actors, so naturally, it would become claustrophobic, especially when dealing with such a dark subject matter. But luckily all the cast really did get along! We would laugh and joke on set, and of course, we broke character. We would go for dinner and every now and then, and we would go to the karaoke bars — I was quite the regular. Rupert and I did a flawless rendition of ‘A Whole New World’, even though he messed up the bit where Aladdin sings “don’t you dare close your eyes.” 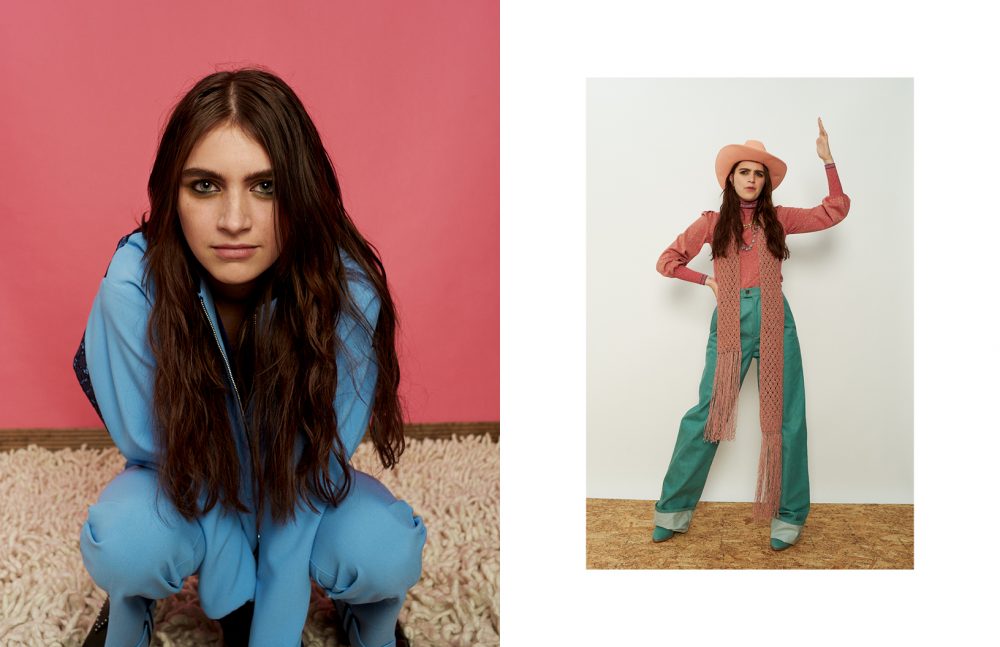 What was the most fun part about playing your character in Servant?

I loved being able to tackle a character with so many different colours to her. On one hand, Leanne is a dark, mysterious and at times insidious-seeming character, and on the other, she’s just a teenage girl trying to find her footing in a strange new world with unfamiliar faces. So finding the duality and the balance in her was the most challenging but the most rewarding part of playing Leanne.

Apart from acting, what are some of your other interests?

I like to sing and write music. That’s definitely a cathartic creative outlet for me. I also bloody love going to the pub with my mates and pissing off my sister by stealing all her clothes.

What’s been the most surreal moment of your career so far?

I mean, sitting in the theatre and watching episode one of Servant with the cast, crew and my family was such an amazing moment for me. [Creator M. Night Shyamalan] stood up before the show played and said some really beautiful things about the four of us and our writer Tony. That was pretty surreal, hearing him say those things. We all worked so hard, and seeing it all come together in a setting like that was pretty dreamlike.

What are you excited about right now?

I’m excited to keep hearing people’s reactions to show! And to get to work on season two! I also bloody love Christmas, so I’m excited to drag my mates to Winter Wonderland with me in London. I’m very excited that my best friend Ed is home from uni so we can resume drinking tea and being petty. 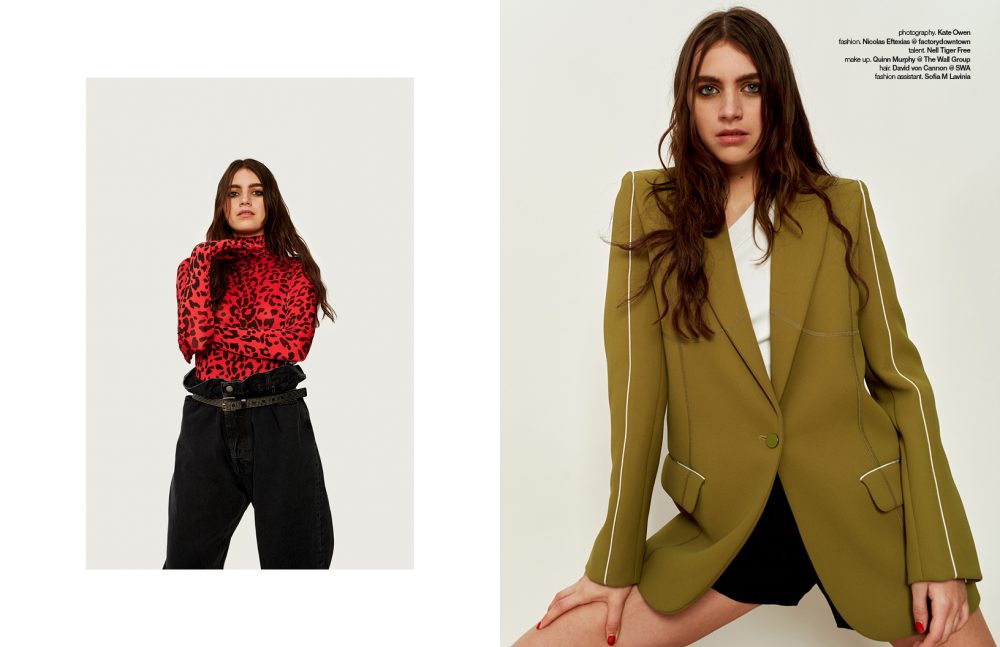