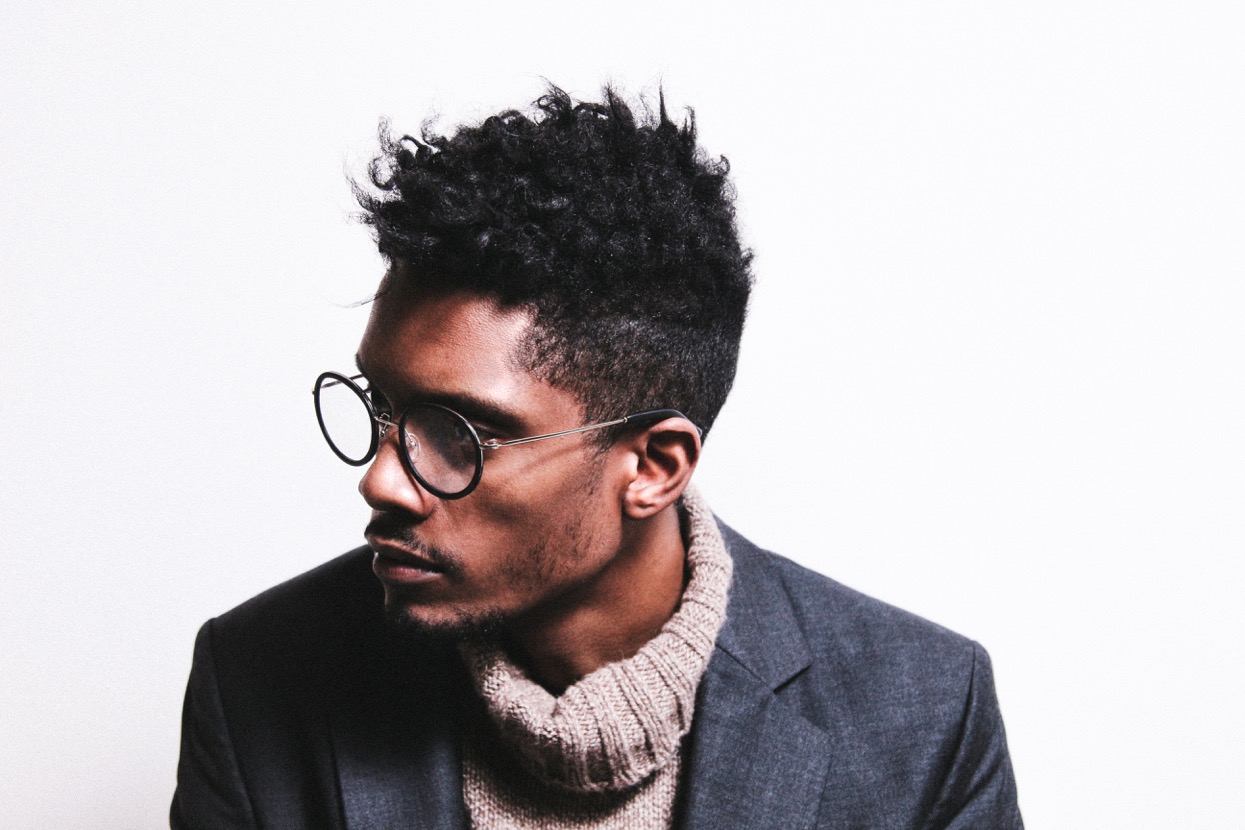 Nas Abraham has made a name for himself in the menswear realm as the go-to multi-media artist. Abraham has been the man behind the lens for a multitude of menswear campaigns, collaborating with traditional labels such as Barbour, GQ, and Oliver Sweeney, as well as household lifestyle brands including the iconic Dr Martens. His refined photographic style is rooted in modern day-to-day dress, making the traditional appeal to a mass audience. Abraham’s Art Direction and Photographic style are evident in his work, and with his background in fashion illustration, his hand-drawn media combined with digital had led him to create truly unique concepts and imagery. Most recently, Abraham collaborated with Original Penguin on the campaign for their SS17 Collection, Urban Safari. Using London as the visual backdrop, Abraham helped bring the collection to life with his use of illustration, mirroring the concepts on the garments.

In university, you started building your multi-media aesthetic on your fashion illustration course. How did you come to define your style?

I still don’t think I haven’t defined a specific aesthetic for myself, despite my efforts! I’ve come to accept that my “style” is whatever I produce, from my heart and mind. I’ve been told my design DNA is apparent through all of my pieces, and that’s come from just experimenting with visuals I’m attracted to.

What is the importance of multi-media in art practices nowadays?

I think it’s more important than ever with the rise of digital content creation. Having more strings to your artistic bow and having the ability to dip into other media types means that you’re able to constantly create unique content. The Photography field is saturated, the hyper-realism field is saturated, the fashion design title is saturated, but a designer who takes reference photos to then turn into hyperrealistic sketches which then features their own collection reaches a new level.

What tends to be the medium you gravitate towards most?

These days I would say photography and digital manipulation. My heart still belongs to graphite and coloured pencils but photography is another dimension and the process is entirely different. I guess it’s that instant gratification after arranging your shot and seeing a section of time captured on the back of the screen, to then open that up on a computer and have the ability to manipulate reality! 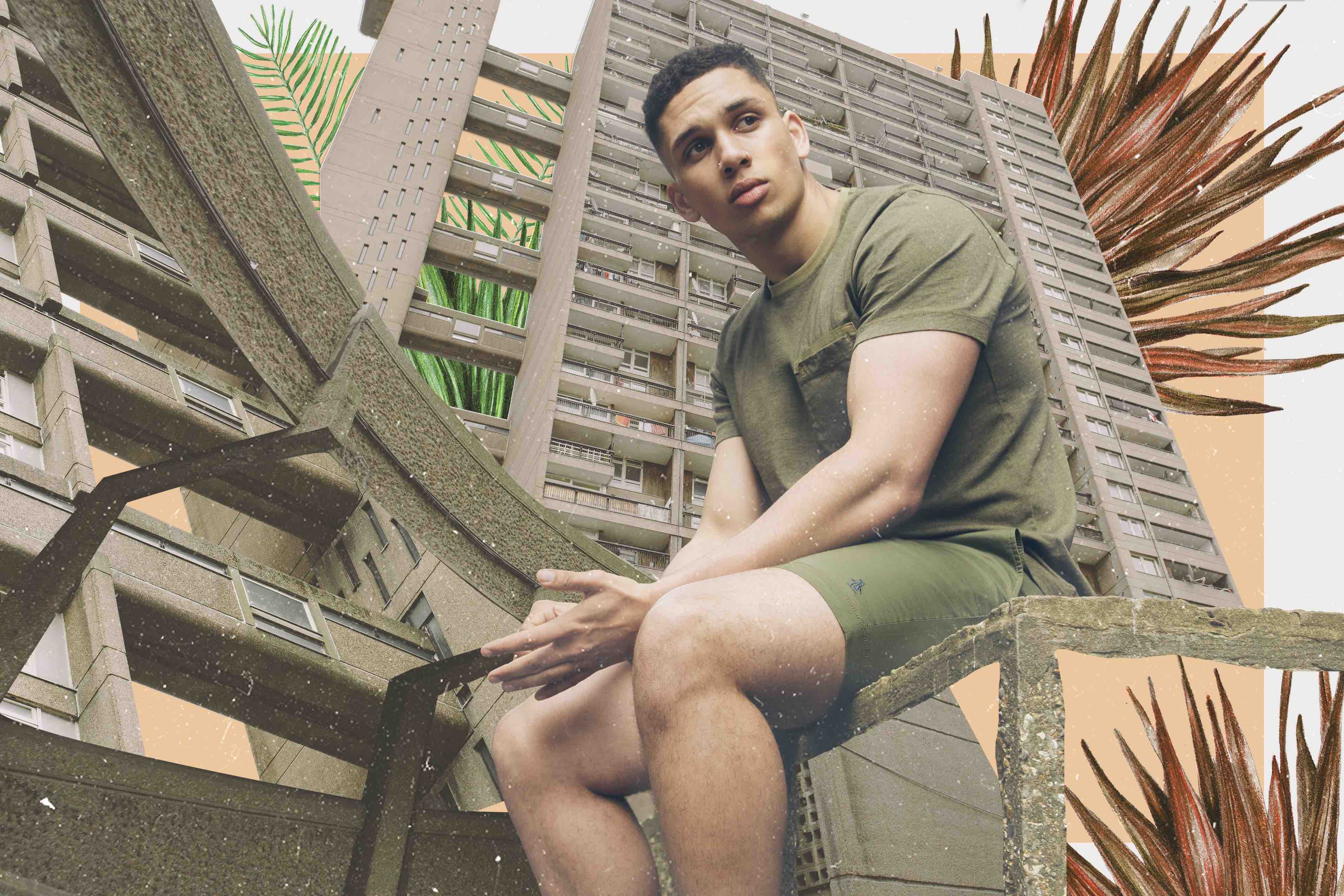 What do you think of the rise of fashion illustration?

I’m very, very happy about it. I studied Fashion Illustration but found that branding myself as an illustrator was incredibly difficult to pay the bills as commercial brands didn’t quite know how to use illustrations as viable content. Now, social media is so creatively experimental resulting in Illustrators and Graphic Artists being thought of for more work. There’s such incredible “scroll-stoppingly” talented Illustrators out there that deserve just as much praise as Photographers and Directors.

A lot of your work is male-oriented, are you looking to delve more into any womens fashion, or does the opportunity arise?

It’s funny, I have always been involved in menswear since it started rising around 2012-2013. I understood it, it wore it, I lived it. I actually turned down womenswear projects in the past because I was sticking to what I knew. A few years ago, my girlfriend (being a Makeup Artist) encouraged me to get involved with women’s shoots. I found a level of elegance, beauty and sense of female empowerment that seemed to be so organic with womenswear. Now I actually shoot more women then men!

What do you think about the rise of menswear fashion networks, from London Fashion Week Mens to Pitti?

It’s certainly fascinating to watch how these networks present themselves and how they operate. Pitti, for me, is the pinnacle of menswear excellence. Concept, execution, vibe… nailed it. I think there’s such opportunity for microcosms of menswear networks to rise and I’m actually really surprised they haven’t just yet. The fact of the matter is, a lot of guys like to show of their new outfits and demonstrate how well they put outfits together and the more opportunities we get to do that, the better!

Has social media shifted your personal influences and career?

Massively. Because I had always used my platforms (particularly my InstagramInstagram) as a portfolio due to its reach. I follow some incredibly talented creators on Instagram and Pinterest which is sometimes overwhelming as it inspires me so much to create. In that sense, it’s had a positive influence on me, though the more I’m aware of what others are creating and the more I get inspired, the more I divert from my path. I’m sure some people can relate to that. 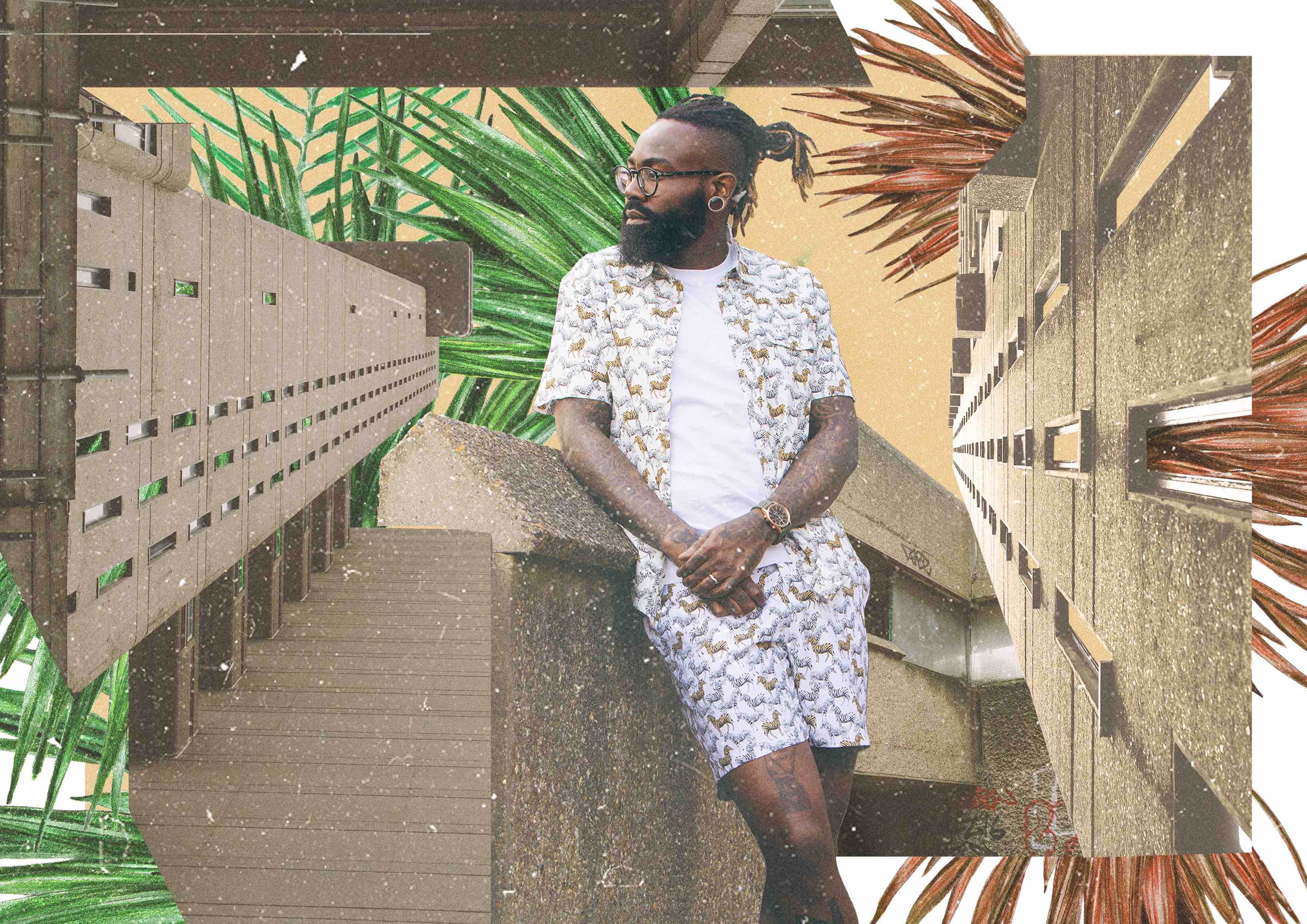 How did the collaboration with Original Penguin come about? How did you go about working on the concept?

I sat down with the good folks at Exposure PR where they gave me the Urban Safari title and concept, we then discussed a few options on how we could go about it. We chose London Brutalist architecture as the backdrop and selected Trellick Tower as the location–such a photogenic area. I had a great time cutting the images up and composting the illustrations in a striking way.

What came to mind when you thought, Urban Safari?

Brutalist architecture, estates, city exploration, culture, life, microcosms, energy, vibrance. In fact, graffiti came to mind but I refused to shoot as it would have been too obvious, but I did take elements of it to make some of the compositions in the final image.

What does Original Penguin and its heritage represent for you?

The brand really seems to represent people, which I really appreciate. They feature/ support up and coming artists, musicians and generally just cool people. Their campaigns seem to have a spirit of collaboration coarsing through them, which is something I can really appreciate!