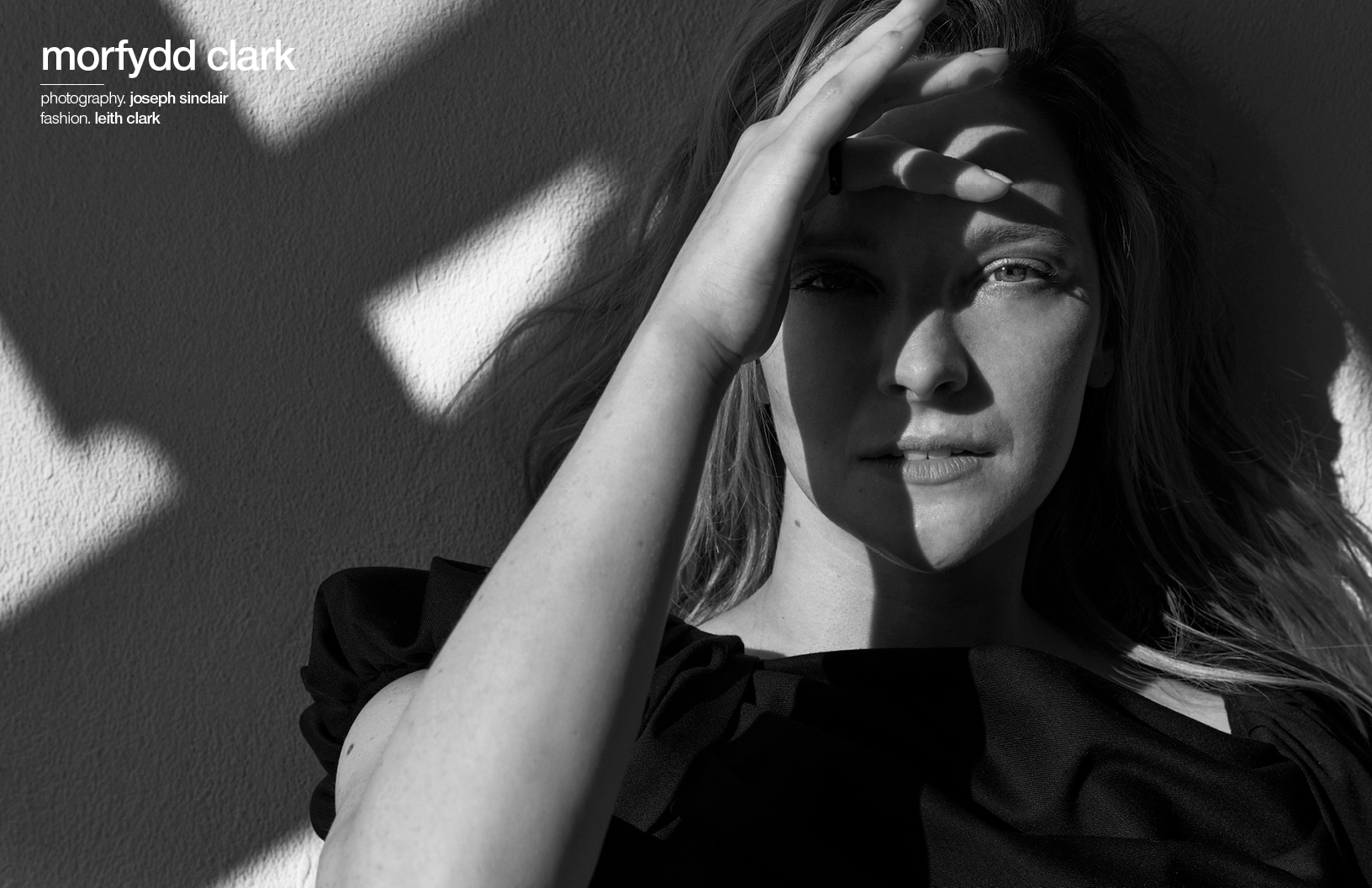 Welsh actress Morfydd Clark is wielding her power both off and on-screen. From The Personal History of David Copperfield to Saint Maud, Clark has stunned audiences with dynamic performances and portrayals of the female experience. Her latest latest endeavour? A tiny project for Amazon called The Lord of the Rings: The Rings of Power. As Galadriel, the all-knowing royal Elf who quite literally slays, Clark learned and experienced what it means to be in power. Tolkien once described Galadriel as “the mightiest and fairest of all the Elves that remained in Middle-earth” and Clark portrays that might and power tenfold.

Schön! chats with Clark about being first on the call-sheet and the responsibility that comes from that, portraying someone as powerful as Galadriel, and more.

You started your acting career back in 2014 with roles both on-screen and on-stage. How would you say you’ve grown and developed between then and now?

I’ve been really lucky with my career in that I’ve had a mixture of screen and theatre. Theatre grounded me because you have to take ownership of yourself — there are no wonderful editors or the ability to re-shoot it. You have to have it ready every night. That changed me as an actress and as a person. Being in front of a live audience is also something I really enjoy, it’s intense. One of my first jobs was this film called The Falling and it was mostly women involved. It taught me how to be gracious and grateful. It was a defining moment for me after seeing how all the women carried themselves.

I’ve also been lucky that my career has grown over time. I started having very small roles and eventually, they got bigger and bigger. Somehow I ended up in The Lord of the Rings. I’m grateful for it [her career] being so gradual because I spent so much time on set just watching and now I get to take some of that into each project.

Something that I love about your work is that every project is different than the last, from The Personal History of David Copperfield to Saint Maud and now with The Rings of Power. Has it always been important to you as an actress to continuously diversify your skills and roles with every new project?

It always used to make me laugh when people would ask me why I took a project and I’ll always say because it’s a job! [Laughs] I’ve managed to get a good variation and I feel grateful that people have trusted me to do different things that I hadn’t done before. David Copperfield was such a blessing to be a part of and be able to do comedy. I was filming it at the same time as Saint Maud so it was good to have variety. 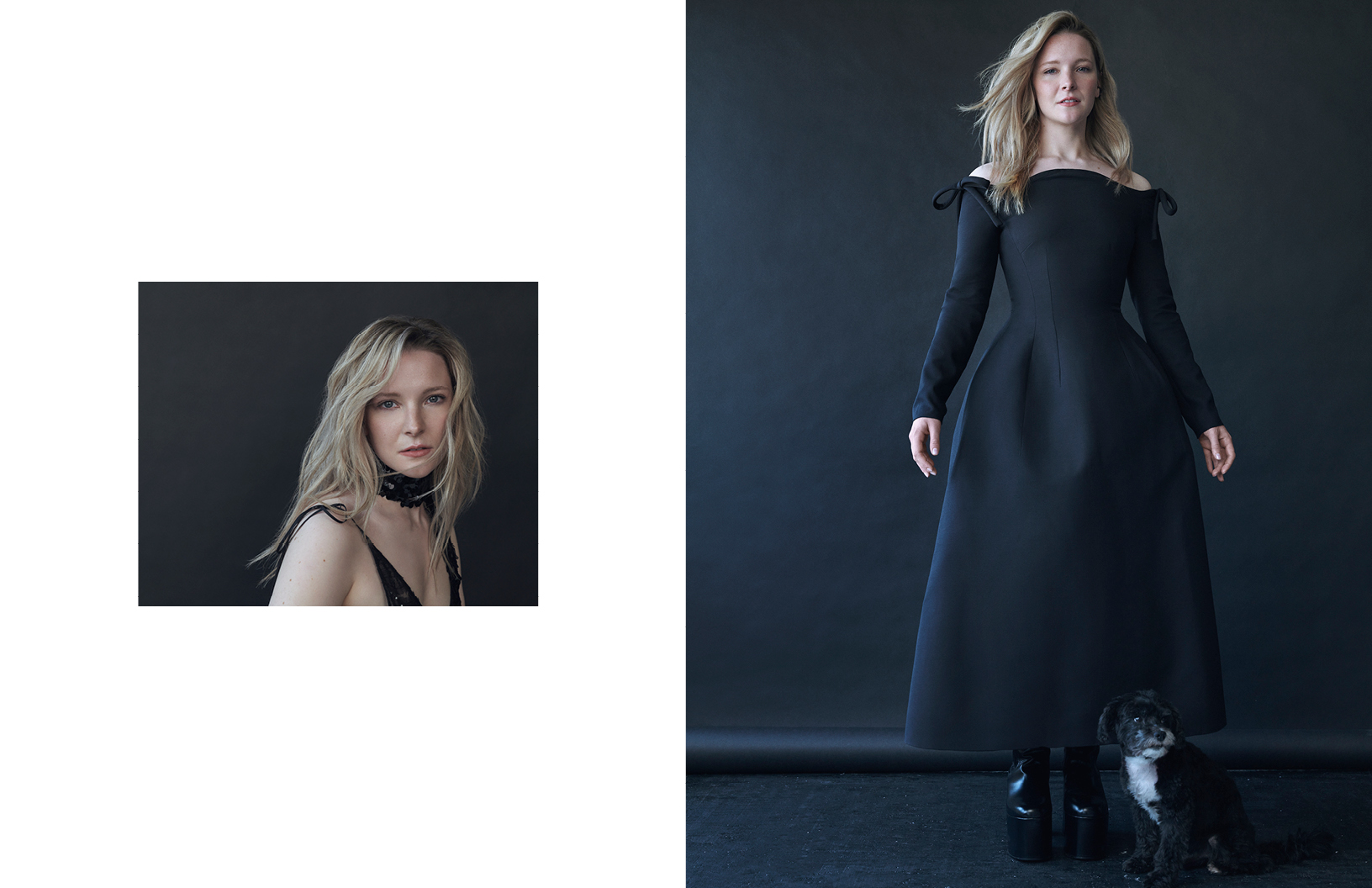 In a past interview, you mentioned that it feels like Galadriel, your character in The Rings of Power, is in her own version of a horror movie which I thought was an interesting perspective. I’d love to hear more about that mindset.

I personally have always loved horror and I think this is why a lot of millennials and women love horror. It feels like we’ve been screaming into the void and we feel like something bad is coming. As a woman, you feel like you have an understanding of what it feels like to know something is more than what meets the eye. Galadriel is this magical being who feels like she can see the end of the world and nobody’s listening to her. I think the loneliness that comes with being the outlier who sees something that no one else can see is what I personally find horrific…. That idea of being alone in your knowledge and she very much is.

I know doing stunts, the costume design, and being on-set helped you get into her mindset, but was there anything else outside of that to flesh out Galadriel’s character? Did you make a playlist or do any sort of outside reading?

The stunts were a big part of it. I don’t particularly feel like a powerful person physically and the stunts helped me feel the power. I think we see how our bodies can have damage done to them instead of the power they hold, so that was a big thing for me. I worked with incredible women in the stunt department and Rosalie Button, who was my stunt double throughout it. She was so inspiring and championed me throughout. She’s a dancer so I kind of observed her a lot and how she moved because she just moved beautifully. 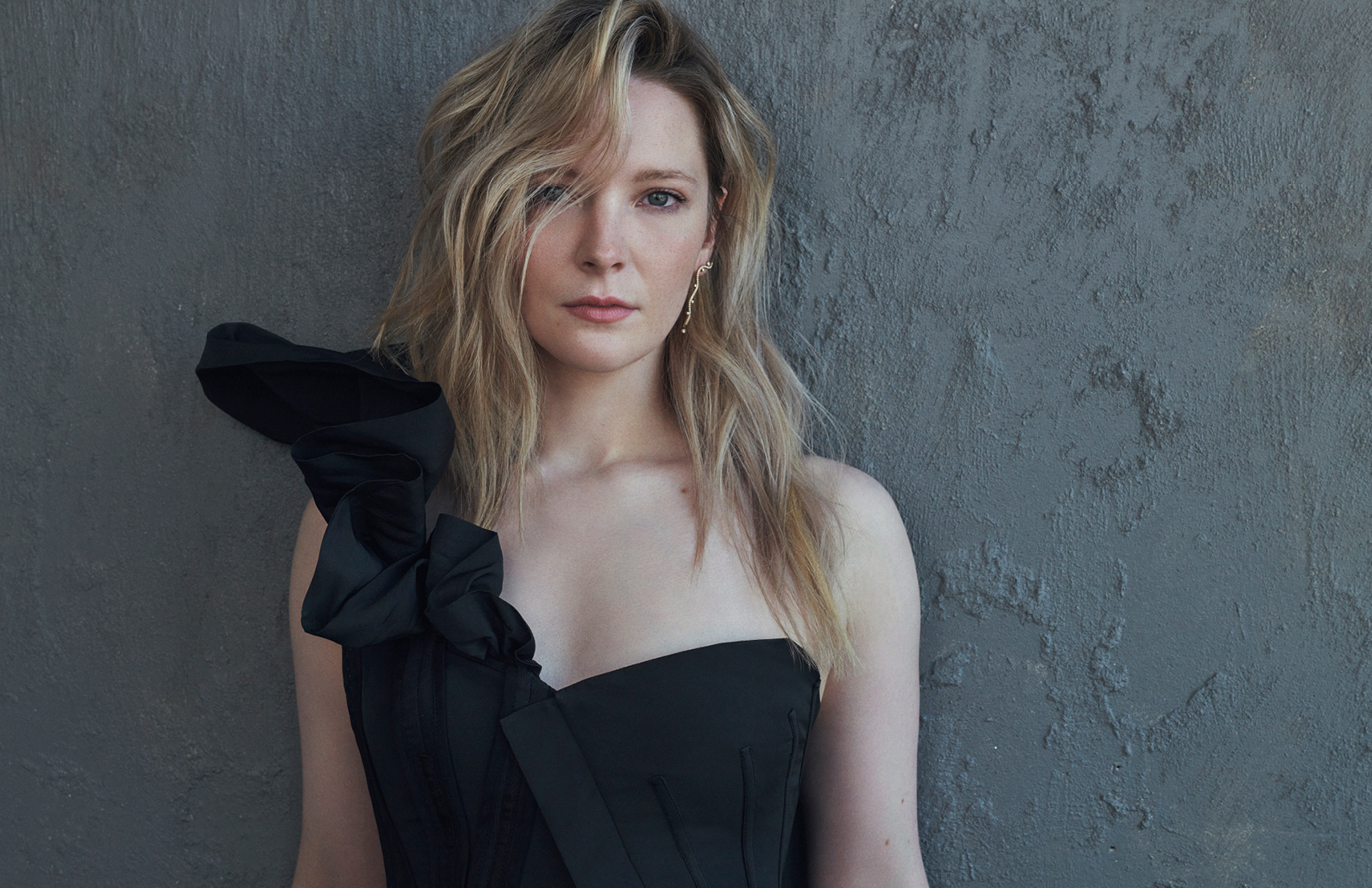 With someone like Galadriel, you were playing her for a year and a half and will be playing her as the seasons go. Has it felt like you’ve been growing alongside her?

Yes, the documentaries will be quite silly and embarrassing! I found that when you are high on the call sheet, I was experiencing power in a way that I hadn’t before. I wasn’t particularly comfortable with that and had to really be mindful of it. It wasn’t just the character’s power but the power I had myself. I’ve really not had any bad experiences with the actors I’ve worked with, everyone has just been very gracious. I had to really step up to it and manage it in a way good for everyone around me. I think ultimately, no matter what kind of work you end up putting out, the experience of it has to be positive for everyone involved. I think art should be beautiful in its making as well as the thing that you put out. I do not relate to Galadriel in wanting to be feared! [Laughs]

When I’m asked often what advice you give to young actors, the ultimate advice I have is that no matter what kind of quality you put out, the relationships you make matter. It’s something that has been so wonderful to see on The Rings of Power. 2,000 different people with different skills coming together to work on something. Also, making something that isn’t in your own country has been kind of really life-altering. It feels like I went to university! 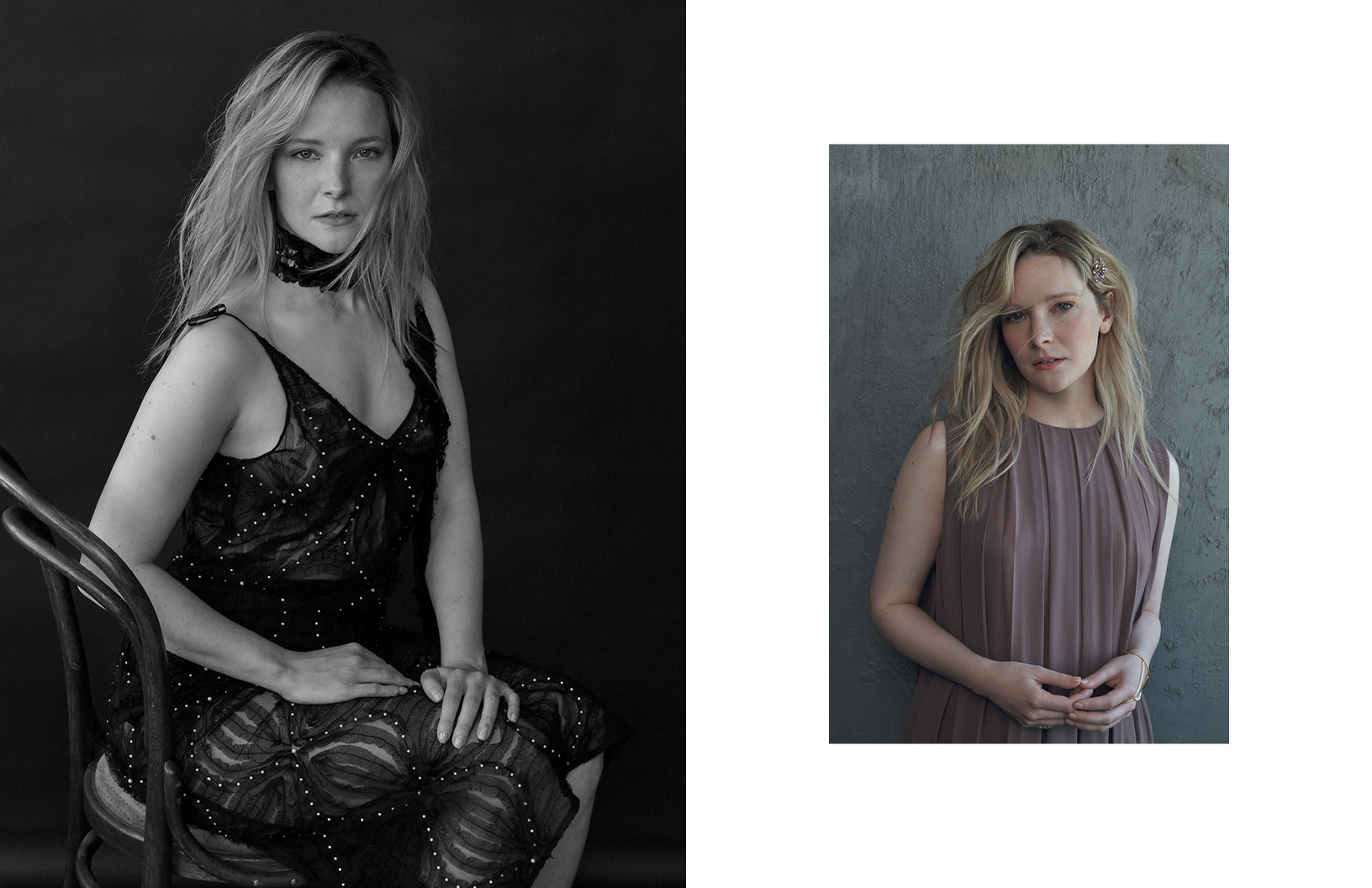 With The Rings of Power, I know you’ve had some once-in-a-lifetime experiences and memories for a lifetime. Now that we’re gearing up for the season 1 finale, when you look back at your time in New Zealand filming and the release of the show, what do you think about?

I will be forever grateful for the generosity and kindness that was shown to me and through the whole cast in New Zealand. We were all the way from home and people really opened their doors to us.

This will be coming out a few days before the season 1 finale — without spoiling, what can viewers expect? I don’t want to put you on the spot…

This is something I’m not getting better at; at this point it’s terrifying. I think I’d say the story is far from over. 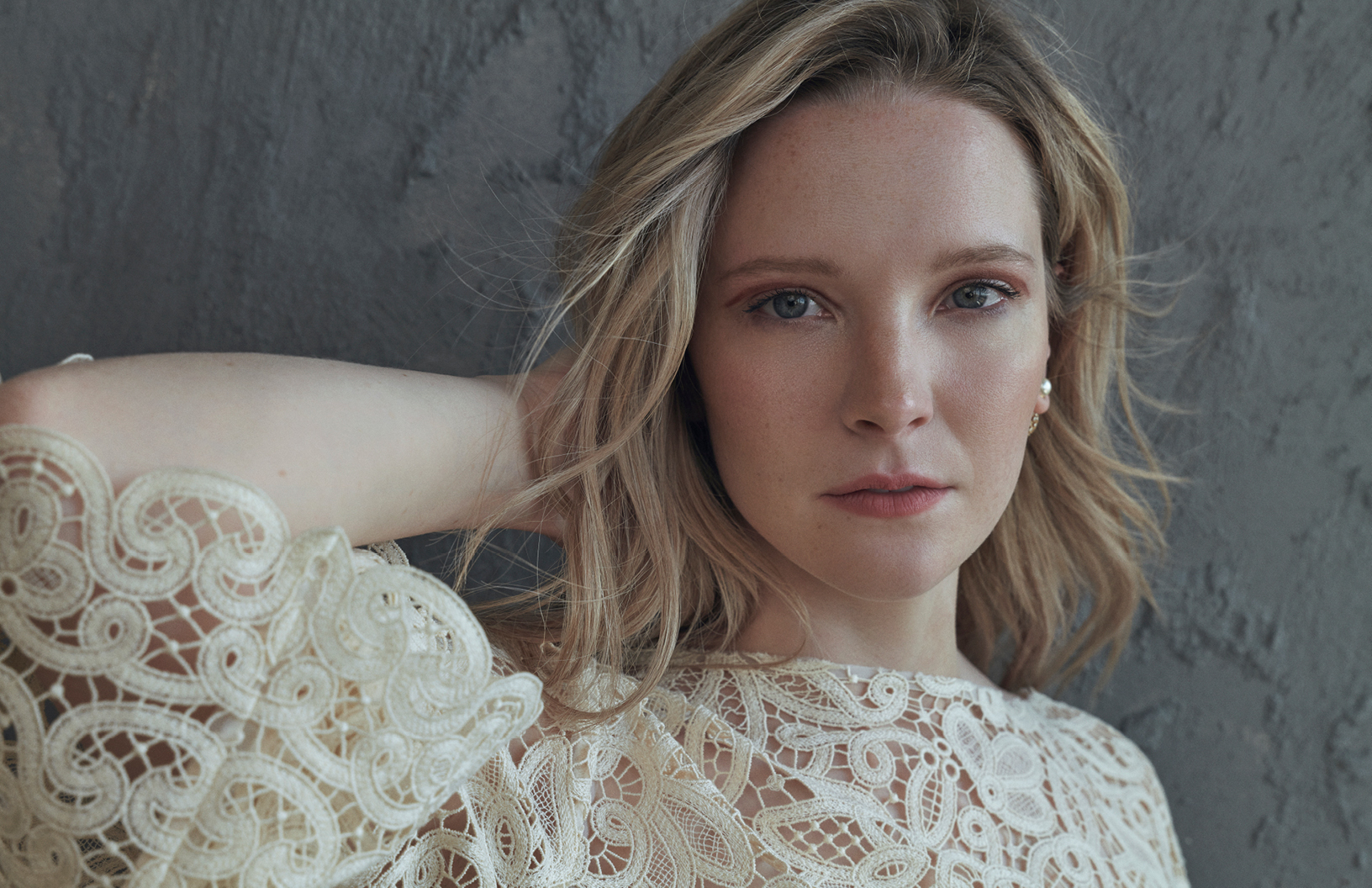 Wales is beautiful, I went there for a few days when I was visiting family from Manchester and it’s just so green, the people are incredible, and just a lovely time.

My family is from North Wales and there is a bleakness to the landscape there. It’s gray and dark green which has a moodiness which I’ve always loved. If anyone ends up in Cardiff when there’s a rugby match on, you’ve lucked out because it’s full of singing and joy and laughter. I feel very lucky to come from a small country. There’s something quite kind of particular to it. There’s a ridiculous amount of pride even more so abroad. I grew up Welsh speaking so I feel wherever I am I will meet someone Welsh speaking and I’ll feel like I’m home.

Lastly, if you could manifest something for yourself over the next year, what would it be?

Well, I would love to do a play in Wales. If anything could bring me back to that side of the world at some point in my life, I’ll be so grateful. 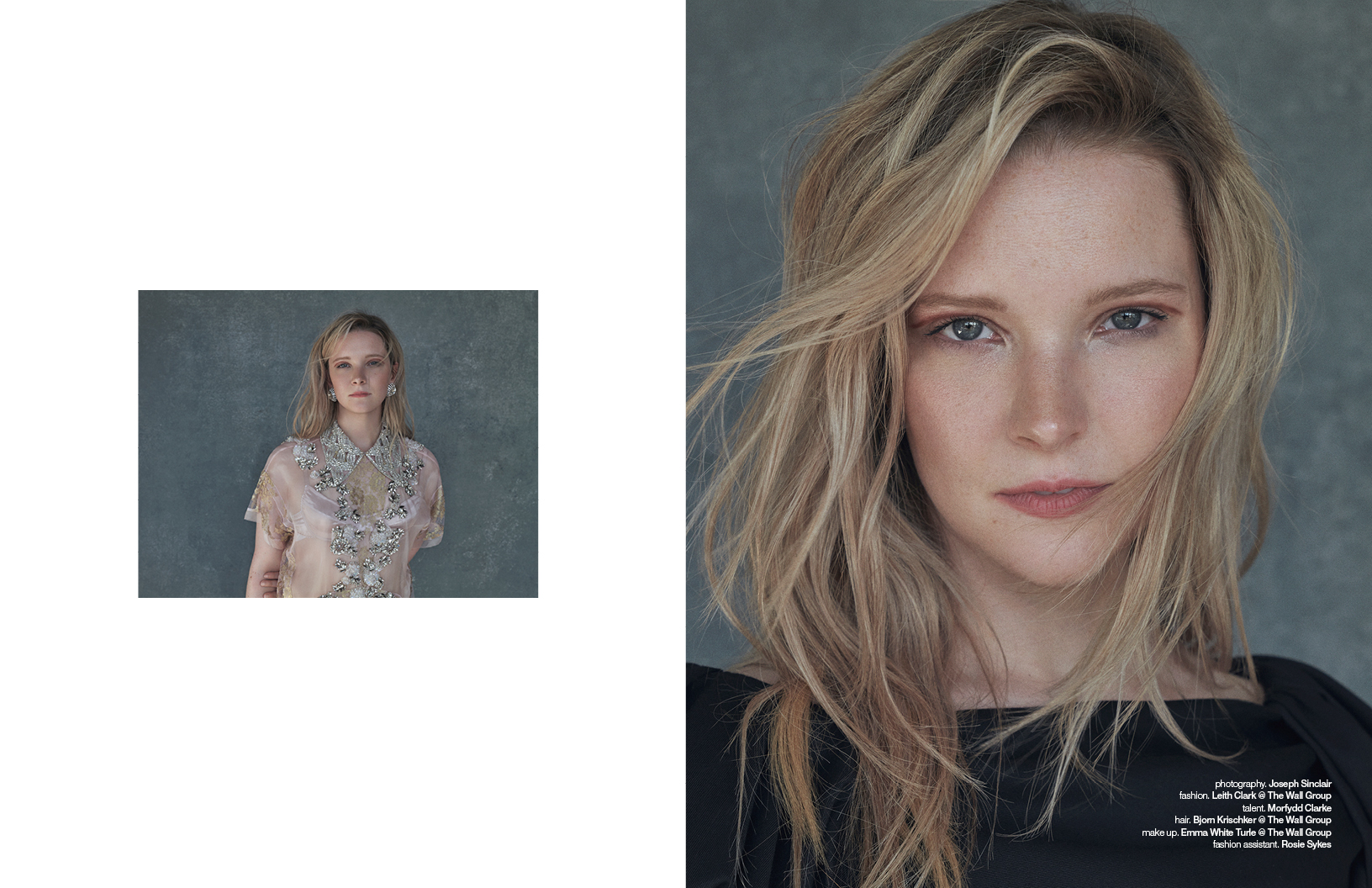 The Lord of the Rings: The Rings of Power is streaming now on Amazon Prime.