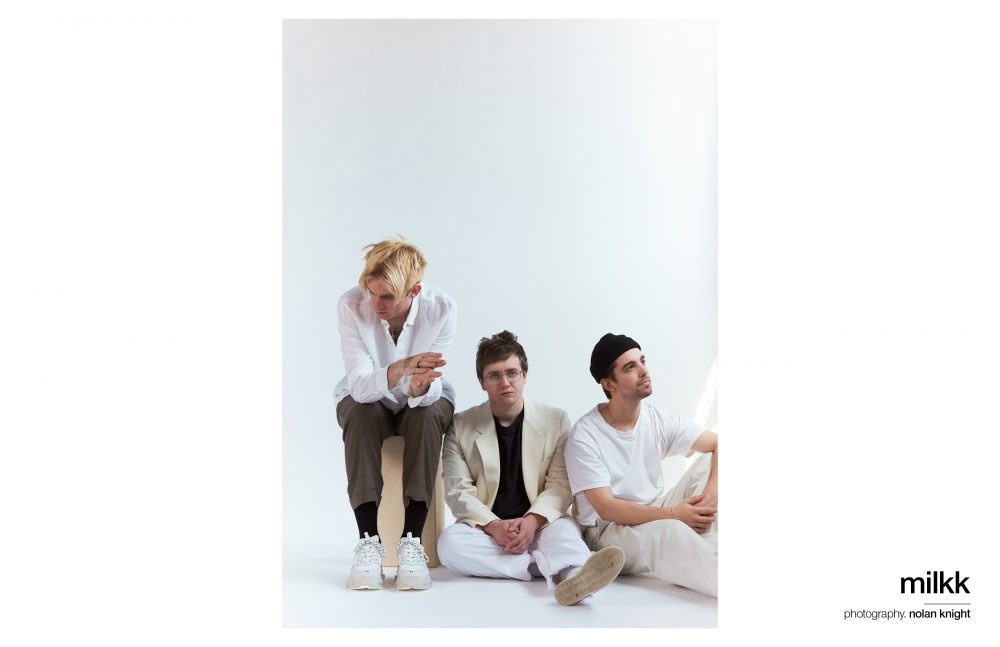 MILKK are not afraid to do things differently. Conceived in Nashville, Tennessee, vocalist Pat Kiloran, guitarrist Jack Vondrachek, and drummer John Ogelby are well aware of the city’s famed Country music legacy but are more concerned with what is to come rather than what came before them.

Six months after creating the band in 2017 they had their very first rehearsal since then they’ve developed a youthful mix of infectious pop with a grunge-like unease that holds its own amongst today’s charting artists. Lead singer Pat says music is something he “has to do.” The band’s latest single All to Myself functions as much as a diary entry, as a necessary practice of self-help. He talks to Schön! about MILKK’s beginnings, their the challenges of breaking genre and the band’s ambition.

Where are you from? Does ‘home’ influence your musical process?

Two of us live in Nashville, Tennessee. One of us lives in St. Paul, Minnesota. So we split time working between the two. I think the concept of ‘home’ definitely plays a role in the creative process for us. However, when it comes to ‘home’ as a location, we have always made a point to aim for something bigger than being defined by where we live.

How does your music differ from what is more traditionally associated with where you come from?

Well, we definitely aren’t a Country band. Nashville has definitely seen an influx of outside influences over the last several years with it becoming a significant ‘hot-spot’ in the U.S. There is a Pop scene here and a really well established Indie scene but it can feel creatively stifling at times. It feels like the majority of people here are afraid to take risks and do something that might be perceived as weird or dumb at first glance. I’m not saying that MILKK is doing something that no one has done before  but we are definitely not afraid to push against expectations or try things that don’t fit into one ‘genre’ or ‘lane.’ And I think we’re making that really clear with our new wave of music.

Do you remember the first song you wrote for MILKK? Is it still relevant to the band?

The first song I ever wrote for MILKK never came out. Ironically it was called Wasted Time. I leaked it on our social media sometime last year but it just never quite fit for any of our official releases. We’ve evolved in our sound drastically in a very short amount of time. Since the band started mainly as a side-project to blow off steam – the formation was based around a satirical article I read on VICE – naturally, the first releases weren’t that heavily emotionally invested in. It was just fun music. But as we realized that people liked our songs and liked us as artists and people we felt like we had an obligation to offer something real. So with each release, the sound, the depth, the purpose has changed fairly starkly. 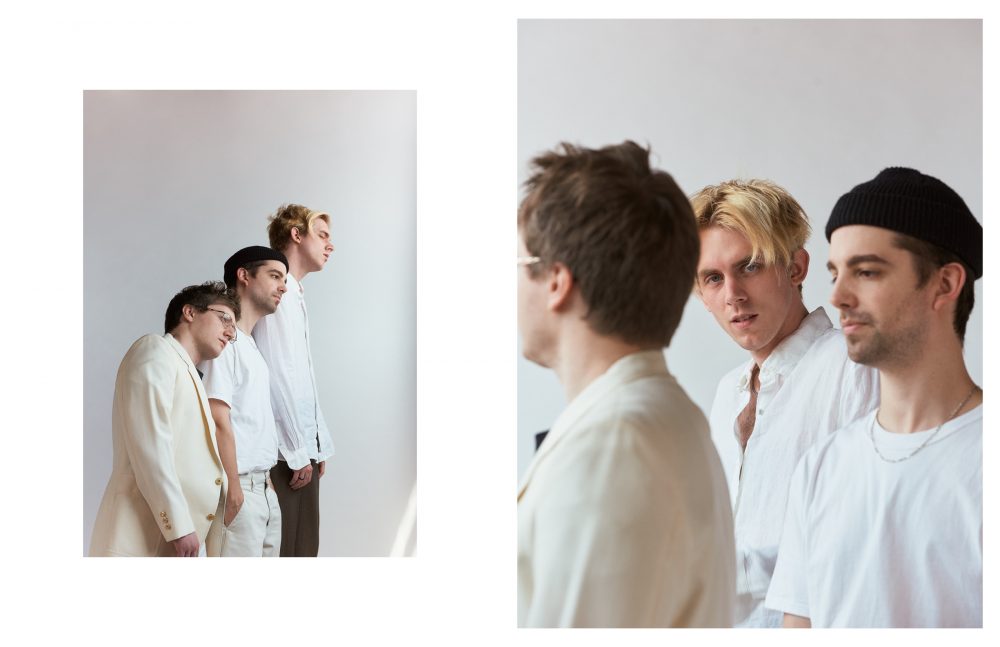 How did you meet the other members of the band?

I met Jack at the private school we both attended in Minnesota. We were in our first band together when we were around 13 or 14 years old. We were bad. We’ve been friends ever since and have had too many different bands and projects to keep count. I met John while we were both in the backing band on a gig for another artist in Nashville. We hit it off pretty well so I hired him to play drums for a few shows back when I was doing solo music. We got to know each other a lot better while on that tour. Jack and I had just started MILKK a couple weeks beforehand so I asked if he had any interest in joining. I figured he’d say no, but he didn’t, so here we are.

Talk me through your first rehearsal together…

the first time we actually got in a room together to try to play our songs was six or seven months after the band was already going. We did most of our work remotely and we didn’t play our first show until about a year after we started. Keep in mind we live 14 hours apart. In December 2017 we went up to Jack’s studio in Minnesota to record what would be our 2nd EP. It was pretty rough.

Describe the process of writing a new song to playing it on stage for the first time?

It sort of brings all the emotions back to the start. Writing a song is a key moment of allowing your emotions and instincts to take over. Expressing that song live to people is the same thing. The moment of conception and the moment of letting it out publicly is vulnerable and honest.

Why do you make music?

I can’t speak for the other guys but I make music because I have to. It’s not just a job or something I like. It’s a compulsion for me and I can’t really imagine my life any other way. I was made to make it. And I can say that I make music to help other people and give people something to use as the soundtrack to their lives but  I mainly do it because it’s an integral part of who I am. 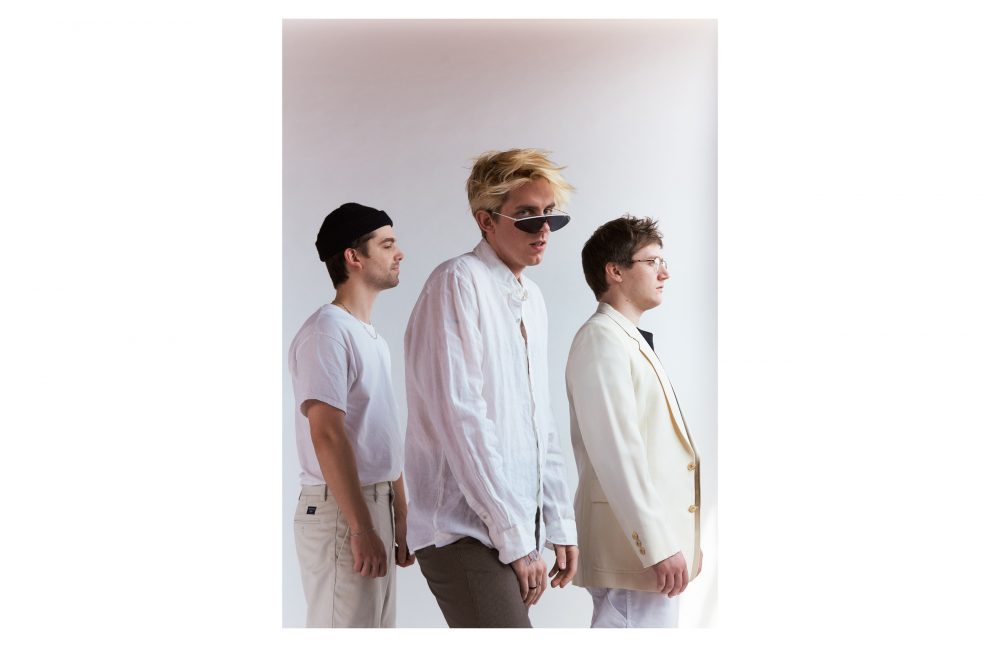 Outside of the music, what impacts your creativity?

Resting helps. Exercise. Eating well. That helps on a physical level. I like to write in the moment, so I tend to write about what’s going on in my life at any given time or at least something personal I’ve experienced. My life as a whole, good and bad, is my biggest influence. Slice of life, I guess. I also really find a lot of inspiration in visual art, whether physical or film or whatever, as well as keeping an eye on fashion.

How does being able to self-produce give artists an advantage in 2019?

Financially, it’s a big deal. Not having to shell out a ton of money for production, studio time, mixing, mastering, etc. really helps the bottom line and allows you to invest in other things. I’m all about collaboration, and there’s things we couldn’t do without it, but it’s very important to me that our voice comes out first. So whatever it is we are working on, we will always have a heavy hand in it, musically or otherwise.

Can you see a way it may also limit you?

There are times you may not be able to see an outside perspective on something. But I think that’s why making sure you have a group of people, both internally and externally, that you trust and can bounce ideas off of is really important.

What is social media’s place in modern music? Do you see it as a positive or negative?

It’s both, really. It allows direct connection with your fans. It allows you to create a visual brand fairly easily. It allows not only your art, but your personality behind the art to be on display. It is easy to get wrapped up in the numbers of it,which can hinder your motivation. It makes it easier to compare yourself to others, which is incredibly detrimental. It can make people forget that you are a fellow human and treat you as if you are some character in a show they like or hate.

Characterise a typical fan of MILKK. Who are they?

Young, passionate, funny, outsider, creative. In all honesty, MILKK has been given a chance because of mostly young women who are excited to support artists they believe in. And as I always say, they are the true tastemakers. Regardless, I’m MILKK’s biggest fan.

Do you see yourself rooted in your genre, or do you see MILKK changing their sound for future records?

I don’t know if we have a genre. It keeps shifting. And I think that’s the point. I’d rather let our personality be what we’re known for and just let the music flow and change as our lives flow and change. We want the freedom to try new things and just make good songs.

Why did you choose All to Myself as your next single?

I’ve been writing new songs since a little while after our debut album came out in the Spring. I had a handful of good ideas but nothing that I felt quite ready to commit to. I wrote All to Myself with a friend and within 10 minutes. I finished most of the production that same day and listened to it over and over and over. It was the first time that I felt like, “Wow, maybe this could be a hit song.” We’ll see.

With festival season in full swing, what have you guys got planned for this summer?

We’re just putting out new music all summer. We’re staying off the road to focus on making the best stuff possible. We wanna take everything to the next level. And that’s what we’re gonna do.

MILKK’s new single ‘All to Myself’ is out now.