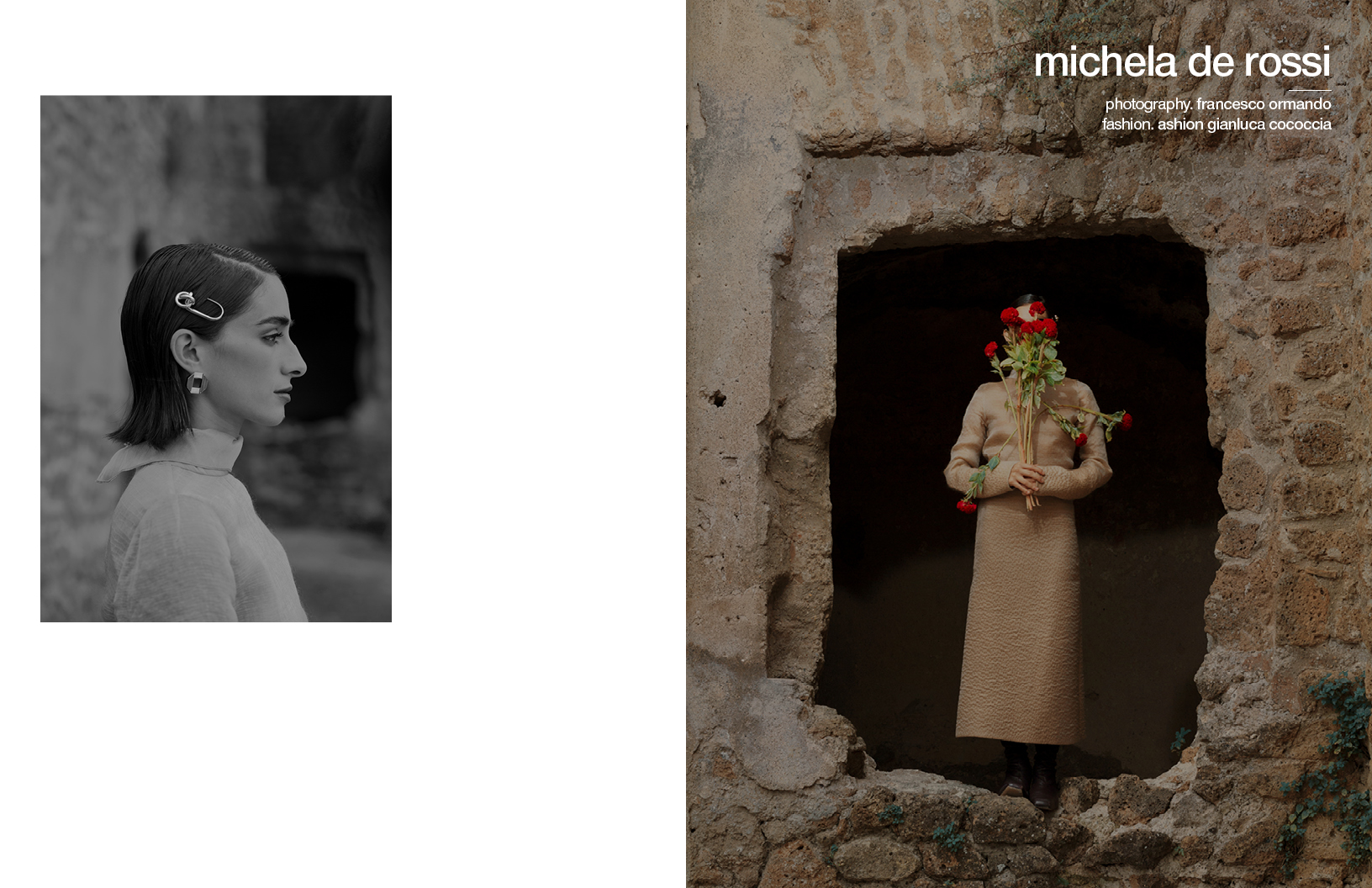 When Michela De Rossi landed her breakout role in The Many Saints of Newark, the Sopranos prequel currently in cinemas and streaming on HBO Max, she had not seen the original television programme. She had also never been to the United States — and, much like her character in the film, barely spoke a word of English. But that didn’t stop her from taking the role head-on, commanding the screen with a nuance and expertise that easily marks her as an international star to watch in the coming years. Schön! joins De Rossi in Rome to discuss The Sopranos, experiencing America for the first time, her favourite parts of New York and more.

How is being back in Rome knowing that The Many Saints of Newark is being watched all over the United States?

I’m still realising it! It’s been a few days, and all these things are happening — my social media is exploding with all these beautiful messages and compliments from a lot of people. I’m very… I don’t know. I’m just excited, and I’m living in the moment.

The Sopranos is incredibly beloved in the US. Was it intimidating to come from Italy to a new country and be involved in such a monumental part of its culture?

I think it was not, because I’m the native one. Of course, they are two totally different cultures, American-Italians and Italians. The Sopranos, it’s not so iconic in Italy compared with the USA, so I watched the whole thing when I got the role because I hadn’t seen it before. When I saw it, I thought, ‘oh my — why didn’t I do this before?!’ I’m watching the series for the second time now, because it’s so long and you have to rewatch it to really understand it. But I just felt so excited. At the beginning I had that anxiousness, but at the same time I thought, ‘I’m the Italian one; I can bring something they need.’”

As a native Italian coming to a very Italian-American-centric project, what was your reaction to experiencing that for the first time? What about the culture surprised you?

A lot of things. In that immigration period, a lot of Italians came to America and then, over the years, our cultures have mixed. Which is beautiful! In Italy, everyone think that they are imitating us, right? But that’s not true. It’s just a different culture. It’s just American stuff mixed with Italian culture, and The Sopranos was born from that. I mean, the lines that David wrote were very precise and very Italian, so I only added my… I don’t know what. I remember messing with my hands, because [Italians] move a lot with their hands. And I thought a lot about gestures. In America, American-Italians, they do like this [pinches fingers together]. They have just a few, but we have hundreds of them… When we finished the shoot, I gave David Chase a gift — I drew a lot of our [Italian] gestures, framed it and gave it to him. He went mad for that! 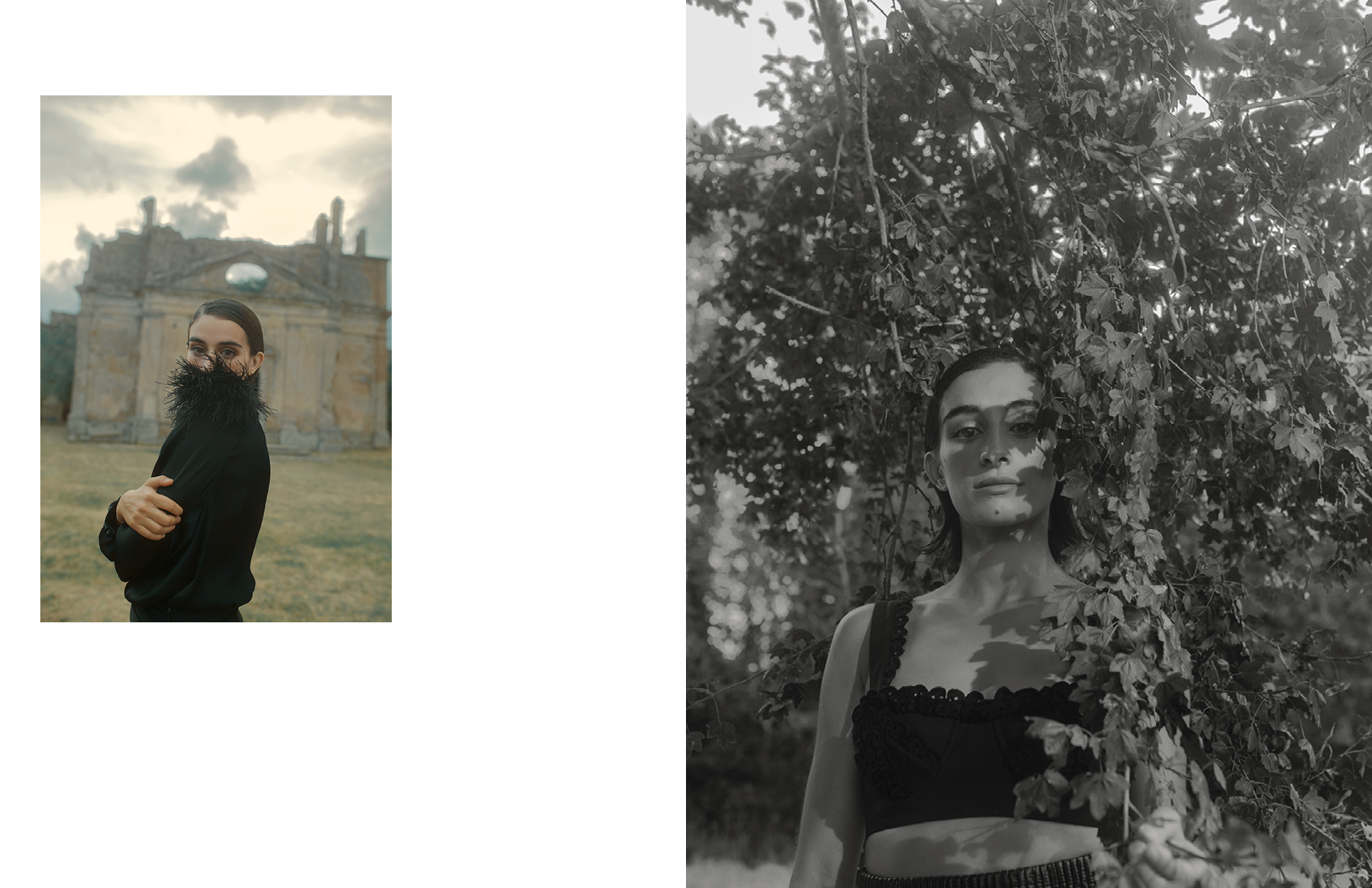 How did your journey from Italy to the US actually happen, and how did you find it once you arrived?

It was crazy. I was in theatre watching a show in Italy. It was 10 PM, and my agent called me, like, laughing. Like, ‘you won’t believe it! No way! You’ve got to go to New York City tomorrow morning for a chemistry test.’ I had only done two self tapes before that, and then they called me and put me on a flight. I was really scared — I’d never flown alone before, and I had never been out of Europe, and I never did a chemistry test — and in front of, you know, David Chase! I was scared!

But then, when I went to New York I felt — I don’t know why, but it felt like home. There are some places you go and you just feel, ‘this is not for me.’ And other times you think, ‘I can stay here. I can do this.’… I know, it’s one thing if you go to New York City by yourself and another thing if you’re doing a movie with a Warner Brothers. But I was like a princess walking around… It was amazing. Amazing.

Were there any American or New York-specific things you fell in love with during your time there?

I fell for the Flatiron [Building]. I think it’s the best building in Manhattan. And then, I think… everything. You know, the cinema industry is based on that place, so everywhere you go, everything you see, was in a movie. Walking in Central Park, walking along Fifth Avenue, going to Brooklyn, the Brooklyn Bridge. Everything was so beautiful! I love New York. 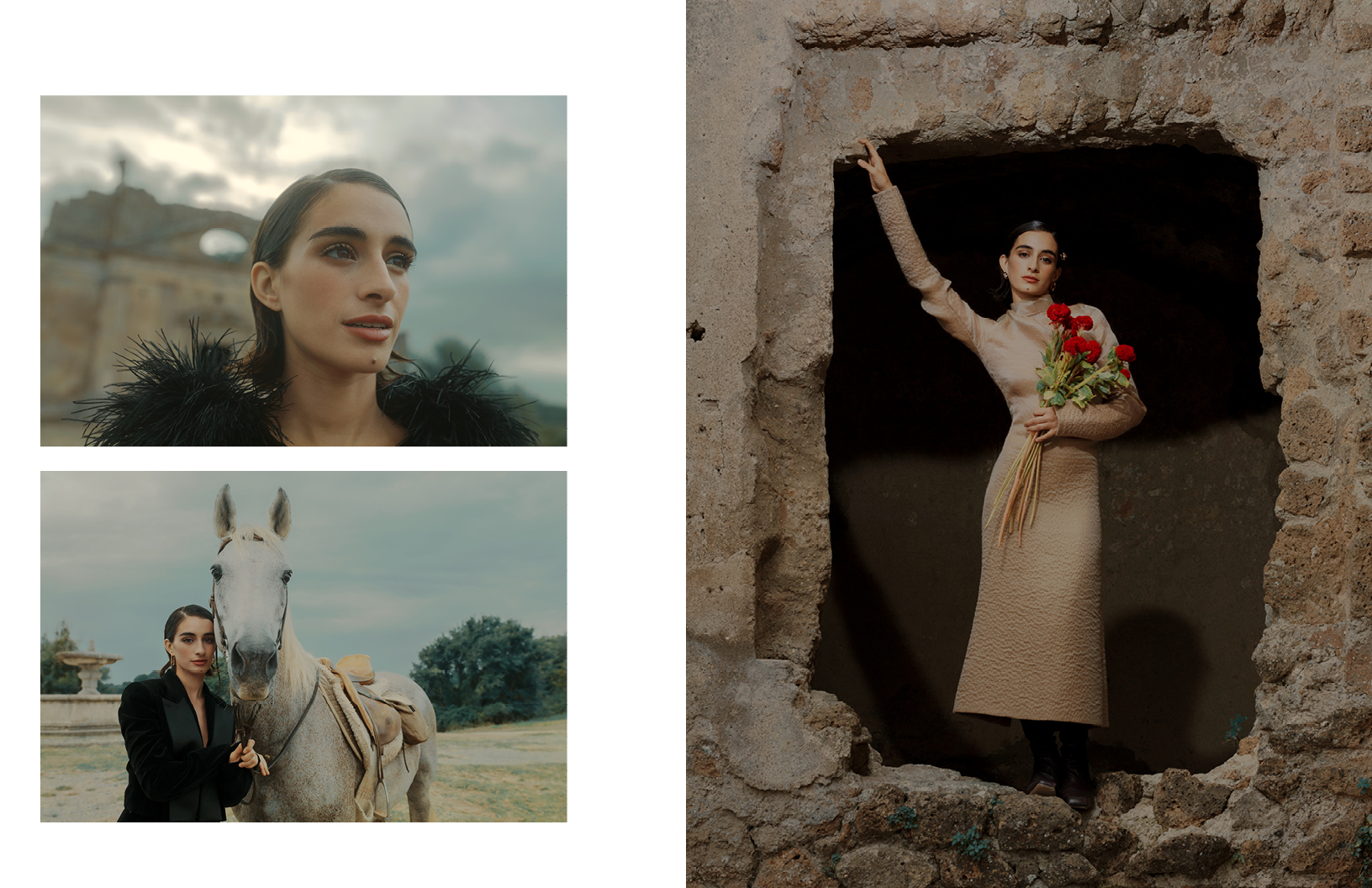 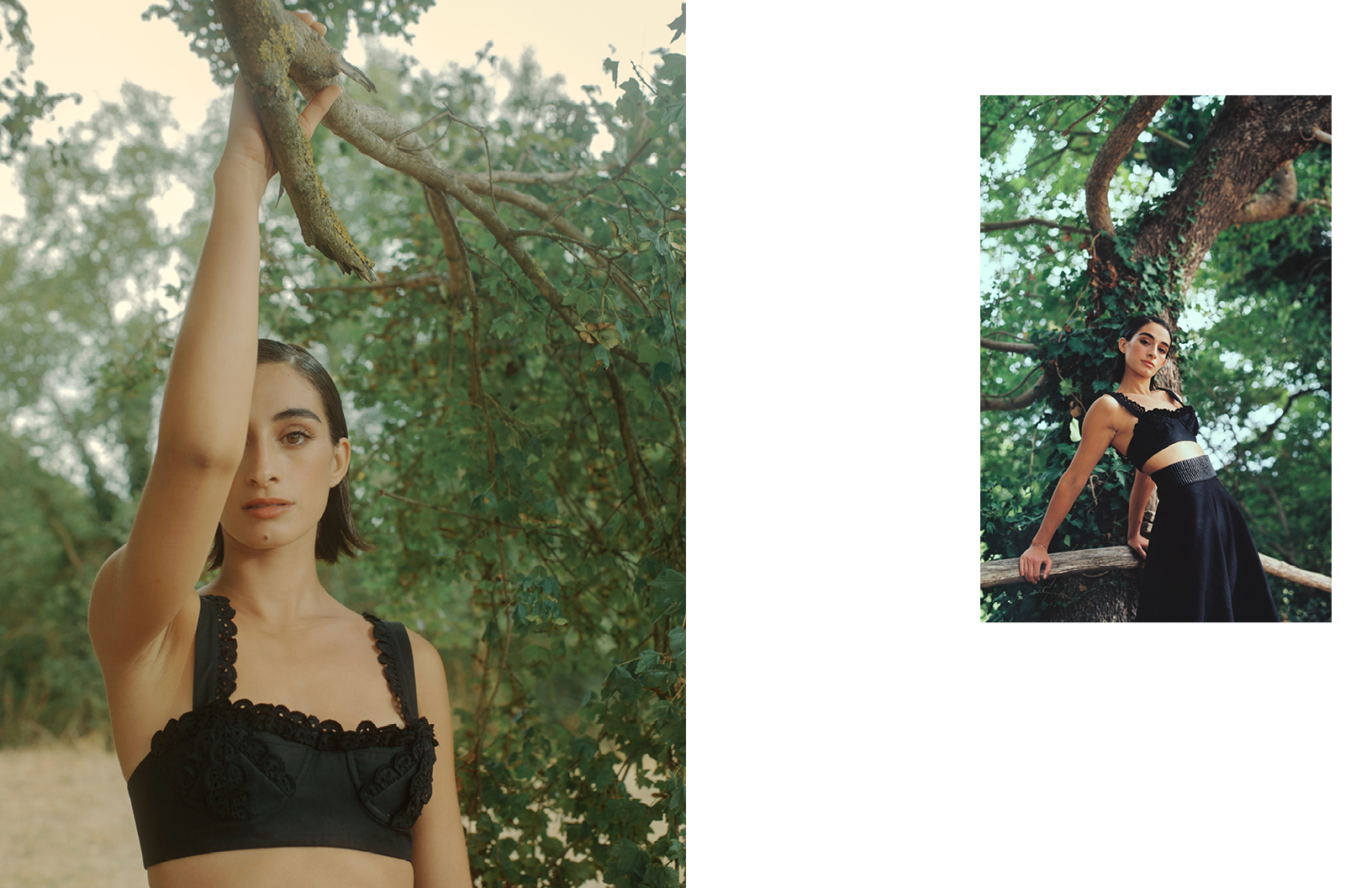 This was your first English language acting experience, right?

Yeah. I spoke like that, in the movie, when I shot the movie. I’ve learned the language now during these two years. I didn’t speak English before… I’m working hard with this!

Is that something you want to do more of, acting in American films and specifically in English?

Yeah, of course!… The thing is, I want to do great movies. I don’t care where they are — it’s not something about Hollywood. I don’t care! It’s just because a lot of actors, great directors, they are from from America. But I want to work with everyone who will do something beautiful with me.

[The section contains spoilers for The Many Saints of Newark] How did you actually shoot your final scene on the beach? Did you have a stunt double?

They used a stunt double just because they had to repeat and repeat and repeat it to set the scene. But I did it for the first three shots, and I [had to] change three times… The wig and the jacket were so heavy, and the boots — I remember it was so hard, and I felt pretty bad because I had vertigo. When I was under the water, it was so hard. It was freezing, and I had these high shoes and I couldn’t swim, and then we we did it again and again and again and again. So then, when I was dead, they called in the stunt double. 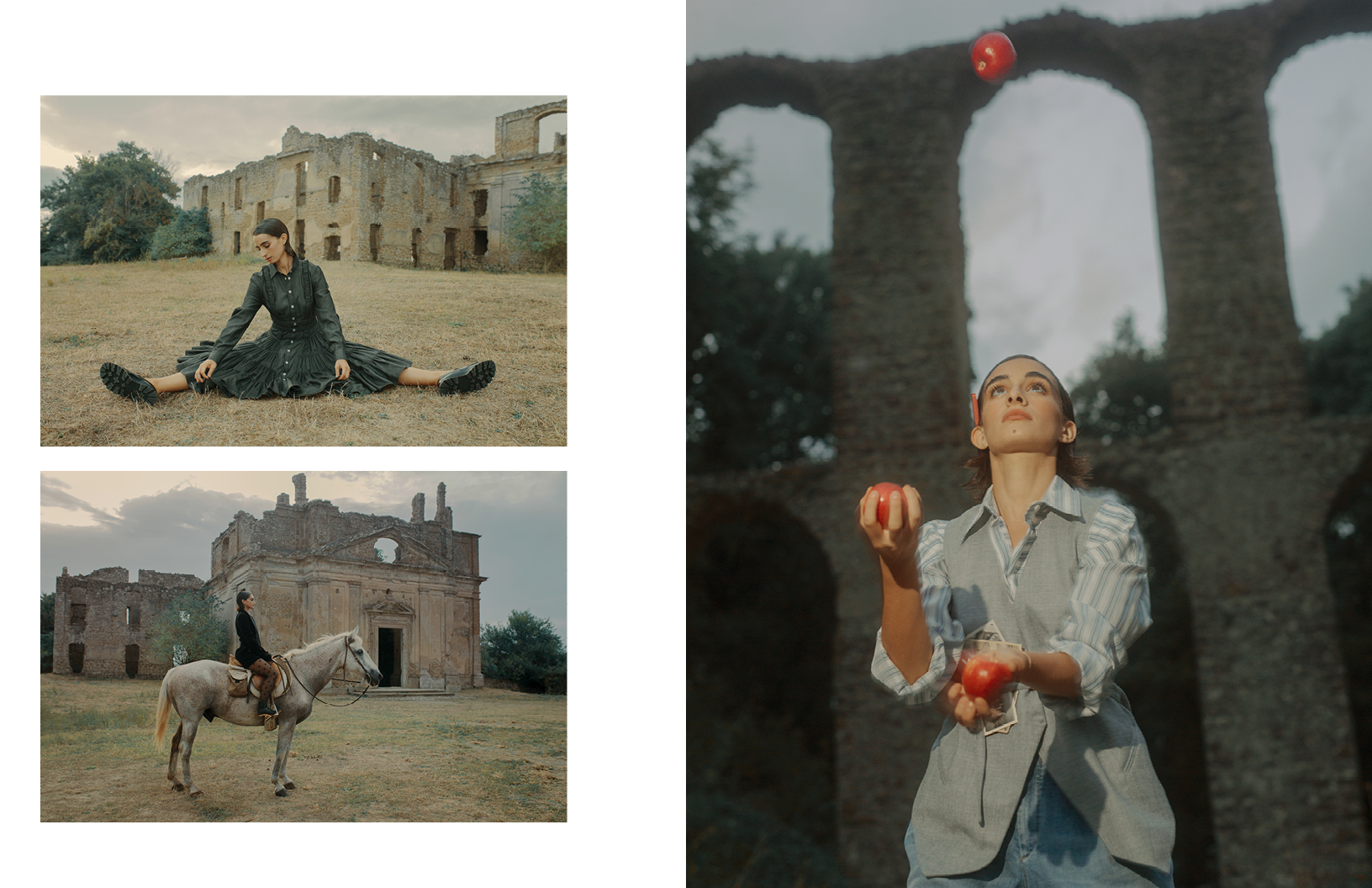 Are there any specific types of roles or types of films that you’re interested in pursuing next?

One of my dreams is to do a biopic, because I would love to play someone who existed. It’s something that’s been in my mind since I was young, because I love to imitate. I love to have a lot of references to work with, so if I could play a real person, it would be very challenging for me. For example, the movie about Édith Piaf — Marion Cotillard did something like that. When you can show a face of a life in a different way, that is so interesting to me.

What inspires me is that, I’ve lost a lot of opportunities. When you do auditions, you can win, you can lose, and when you fail there’s a point in which you want to stop. You don’t want to lose anymore. I think during these last three years of my life, I put down a mark, like, ‘I have to do this. I want to do this. And no one will stop me.’

I think sometimes, if you need something and you can’t have it, that is a treasure. I think it’s there to push you. That’s why I’m so scared of fame or success, because my huge fear is losing the opportunity to live the normal life that inspires me as an actress right now. When I see American actors and they have, like, bodyguards and people around them anywhere they go — every time I think, ‘how can you act if you don’t live a real life?’ If you don’t go to the supermarket, if you don’t watch what’s happening in the street, you know what I mean? If you don’t have to clean your house? Maybe it’s just because of my kind of preparation that I have, which comes from theatre. I use my life, my experiences to act, so one of the things that scares me most is fame, because you stop living a normal life.

I wish I could play someone who is totally different than me. Like, totally change myself, and have the opportunity to play a lead role. This is one of my dreams right now. 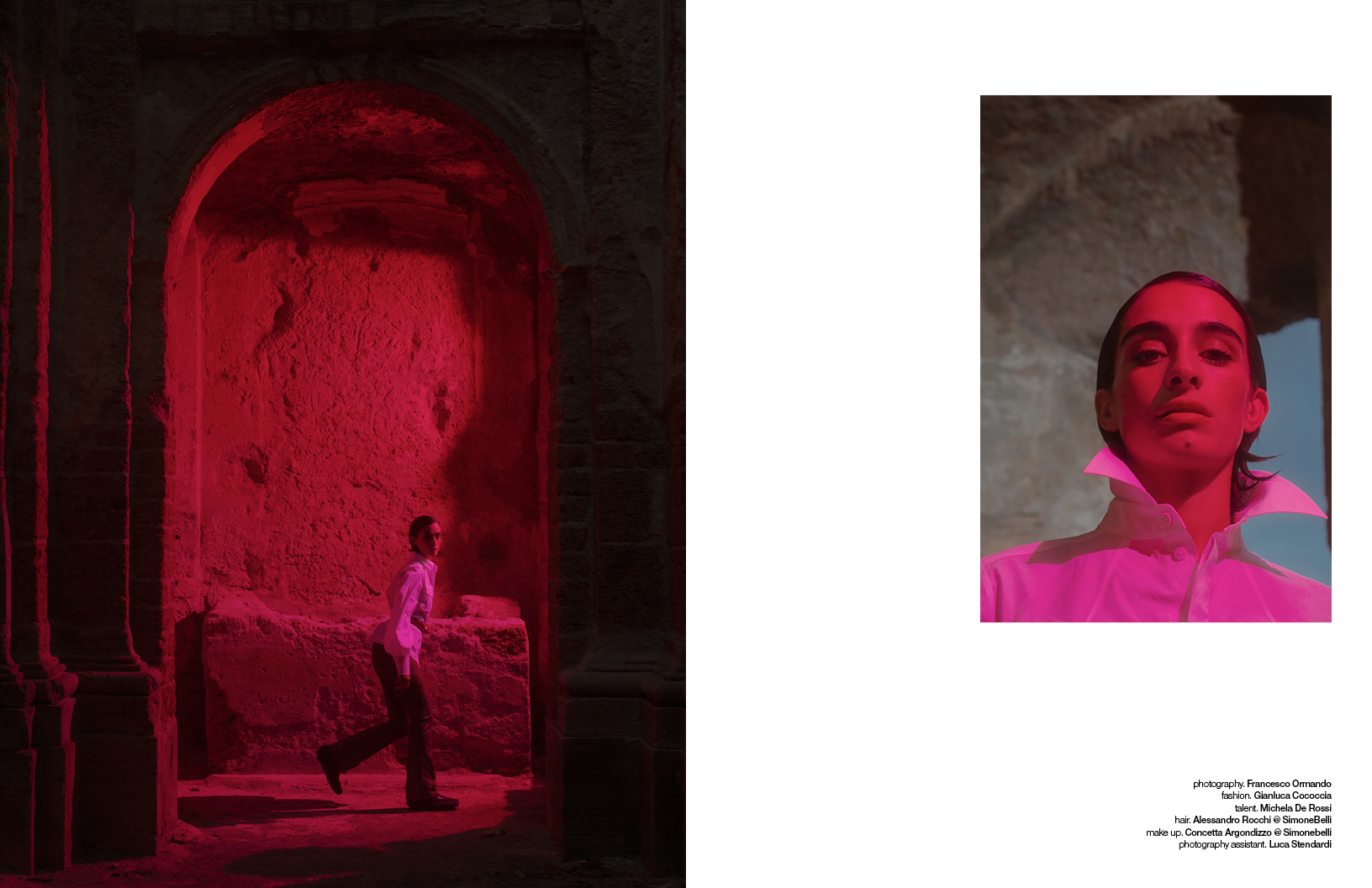 The Many Saints of Newark is currently in cinemas and streaming on HBO Max.