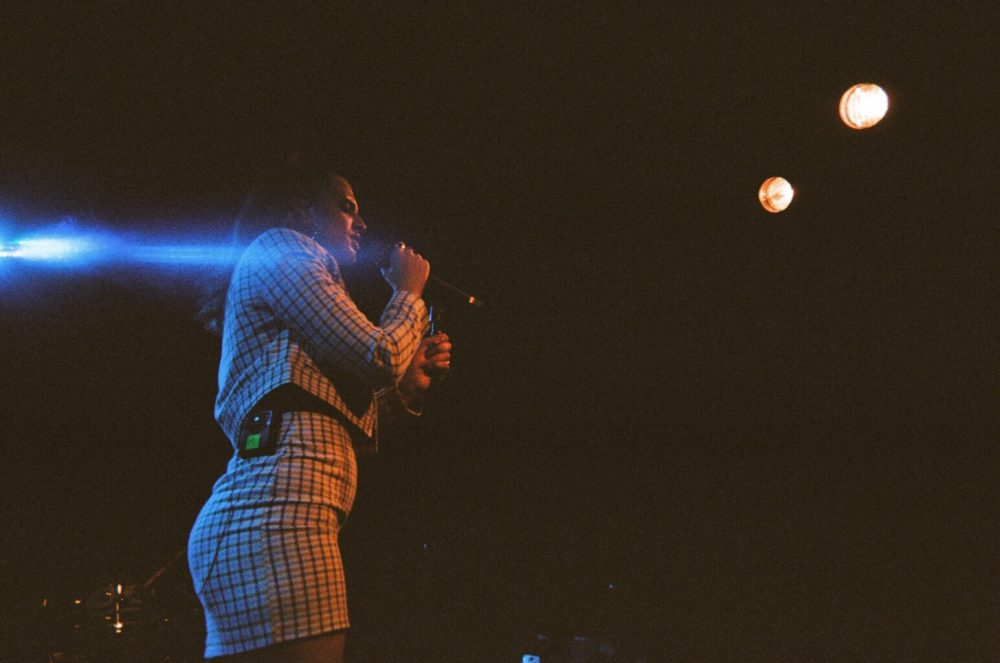 Mae Muller is the resurgent voice of British Pop. The rising star is North-London born and bred, bubbly and down-to-earth. Despite her undeniable talent, she shows a self-deprecating British sense of humour that only adds to her charm.

Mae’s melodic Pop vocals are seasoned with a touch of saccharine R&B, while her candid lyricism channels the tongue-in-cheek style championed by the likes of Kate Nash and Lily Allen in the mid-noughties. She’s playfully outspoken with songs that tell radio-ready tales of teen love and female empowerment while her discography is “not too serious. Just honest,” she says, perched in a make-up chair glamming for her imminent headline show.

At just 22 her humility is refreshing and her effervescence fills the room. Once she hits the stage Mae is an impressive performer with a notably engaged fan base. The charismatic crowd is filled with teenage girls who cheer in unison and recite every lyric. The artist shares a mutual connection with her audience. The magical intimacy of her performance breaks the wall between star and fan.

After the show, Mae is swarmed by teenage girls asking for selfies and autographs. In the nascence of her journey, Mae already knows who her music is speaking to and the level of fan admiration she receives in return is palpable. The new girl on the UK Pop scene sits down with Schön! to talk about how she got into songwriting and what she hopes for her burgeoning future in music. 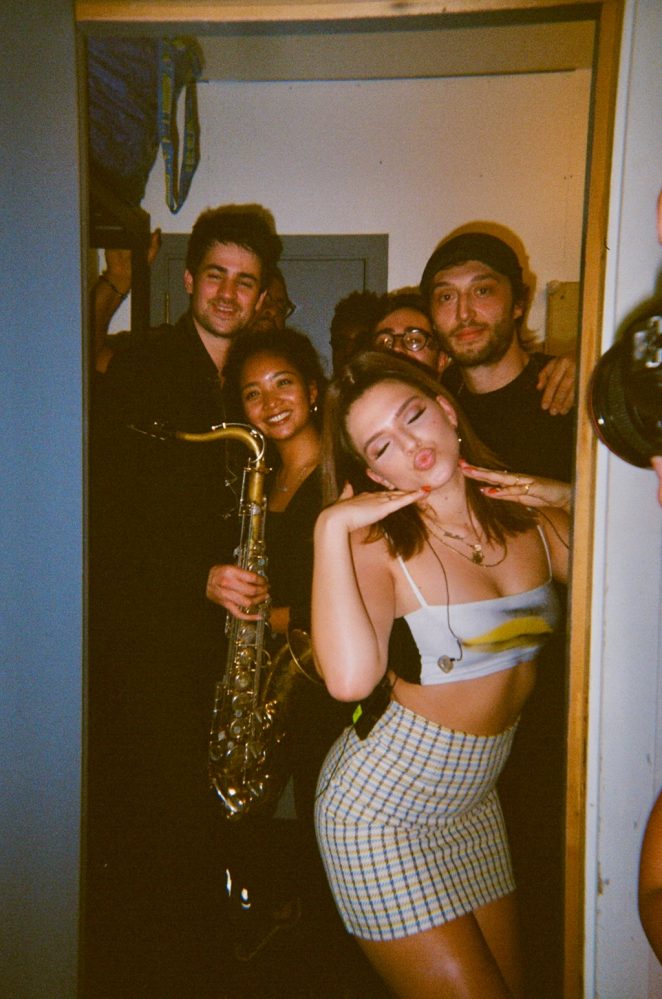 Let’s start at the beginning. Do you remember the soundtrack to your childhood?

My dad loves Funk, James Brown and Prince [so] I grew up listening to that. Then on my mum’s side she loved Simon Garfunkel. I used to listen to a lot of Gwen Stefani. She was like my idol. I love her.

What got you into music?

I would put the music channel on when I was little, watch all the videos and just be mesmerised. It was something that I loved since I can remember. What really actually got my foot in the door [was] about two and a half years ago I released a song on Soundcloud. Since then little baby steps.

What was the song on Soundcloud about?

It was a love song. Slow and sweet and just about the first stages of when you really, really like someone. I was working in a pub at the time when I wrote it. I was on a train coming back from Cornwall, which is where my dad lives. I had no Internet so I was like “what am I going to do? I’m so bored. I might as well write a song.” I hadn’t done it in a while so it was quite a random thing for me to do but I’m so happy I did it now. No instrumental. Nothing. I literally just wrote it. Then I took it to a family friend who used Logic and knew how to play an instrument. I paid him with a bottle of wine, put it on Soundcloud and it went from there really.

So would you say you write from real life or imagination?

Both. I can do both but I think I find it easier fabricating stories. It takes less out of me emotionally. I’m very able to take a small thing that happened a year ago and write a whole song about that. I’m quite good at exaggerating things [and] I love storytelling. [Writing] something which is really raw and honest is when I’ve been the happiest with a song. 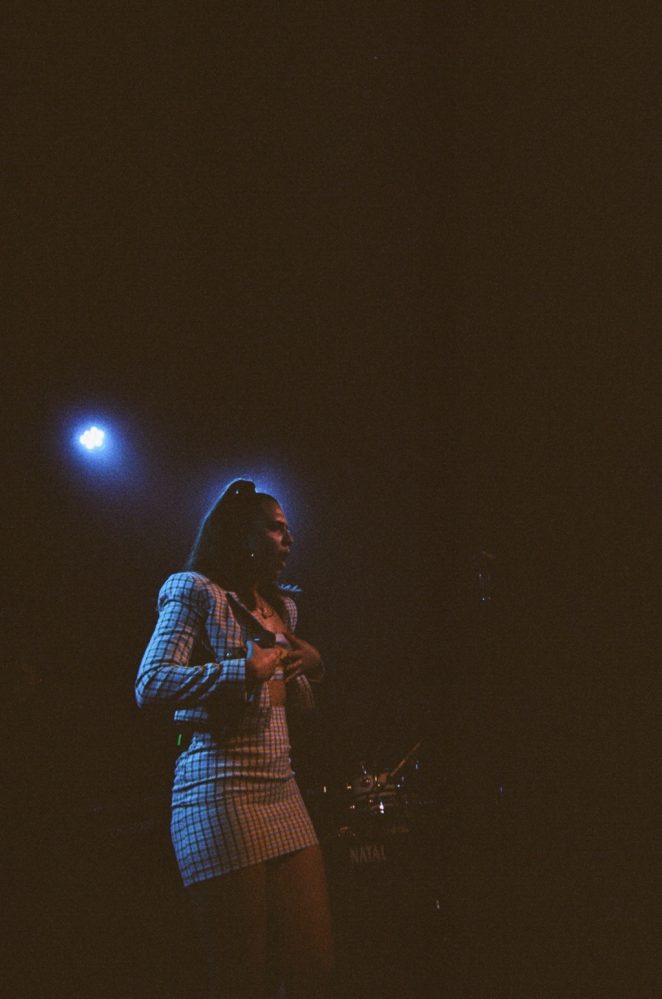 Who do you write your songs for?

Anyone who will have me, to be honest! I always say I wish I could have listened to my music when I was 15 growing up so it really makes me happy when I have girls message me like, “I’ve been listening to your music and it’s really got me through this and that.” I would say a lot of it is for them. Young girls trying to figure out life. Then again I want it to relate to anyone and everyone. Maybe somebody who is having a hard time and wants to have a little pick me up.

What gave you the confidence to put your music out there?

It took me a while to gain the confidence where I was like, “I deserve to be here and I’m actually good.” The first single that I released — “The Hoodie Song” — got such a great reaction. Even when I left the studio that day I was like “wow, I wrote this and it’s actually really good.” Seeing people enjoy things that came from my heart, it’s validation, isn’t it? You don’t do it for the validation but it’s nice when people are like “yeah! I really like that.” Just recently I fully got my confidence. In every session, I go to I think I deserve to be here because I worked hard.

Have you ever experienced Imposter’s Syndrome? 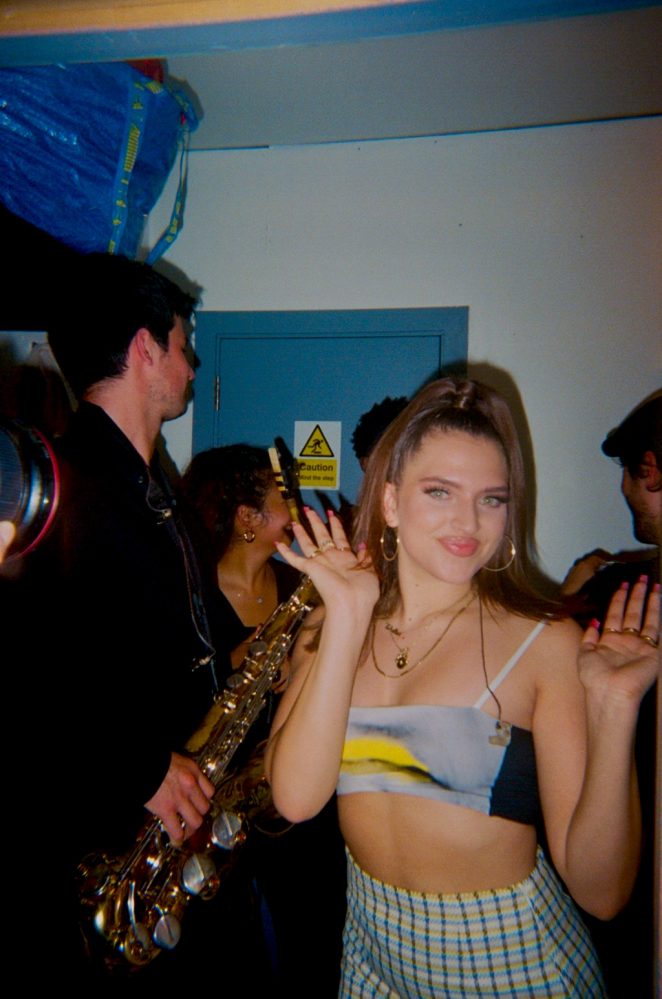 I have a very mixed view on Instagram because one half of me thinks it’s great. I love it and I genuinely don’t think I would be where I am today without it. It’s very difficult because it’s selling a fantasy. No one’s Instagram is their real life. It’s their best side. When everyone’s fantasies are so available and that’s all you see so you’re like “oh my God. I’m not in that place. I don’t look like that.” So you get down on yourself and it’s ridiculous because it’s not even real. It’s like five per cent of their life. Understand that there’s a whole load of other things that you don’t see. I do think it’s really hurting younger women like me because I used to compare myself all the time. Don’t let Instagram control you. You are in control of it. Use it to the best of your ability and be like okay, cool. This is a free platform and I’m going to show my talents.

There are so many people doing what we do. If Instagram is there, use it and help yourself. This industry is competitive enough so just get it where you can, I guess.

Who are you listening to at the moment?

A lot of Burna Boy. I’m listening to Mahalia. She just dropped an album. It’s amazing. You know what I’ve been listening to all day? That banger “Fireflies“ by Owl City. It’s an honest answer.

You were recently in L.A. working on music. What was that like?

It’s a different vibe from London. I love it but I can never stay too long. I’m such a homebody that I love being in London. The way of life there is so different. The people are different. Everyone is very friendly all the time, which should be a nice thing, but sometimes I’m like I need some sarcasm in my life.

Were you working on any exciting projects?

I’ve got a few singles. There will be an album at some point. It’s quite nice I don’t have that pressure of going into a session and it’s like “ok, you need to get a cut for your album.” I know that’s coming in the future. If I come out with a song that I really love I can go I’m going to save that. I’m basically just trying to make good music. 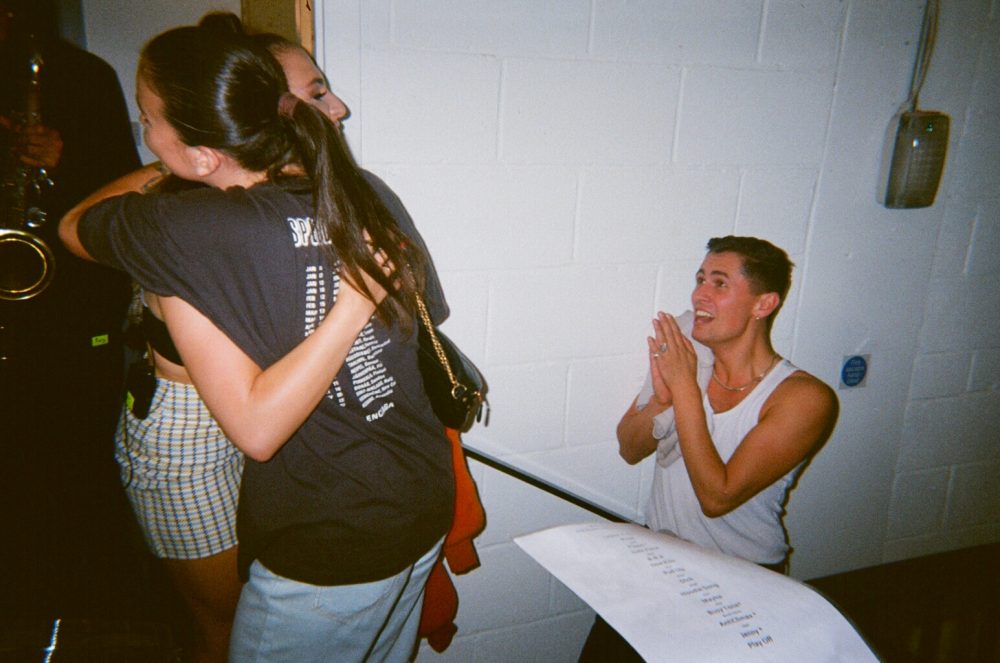 How do you feel about performing your work live?

I love performing live. I get nervous obviously but it’s just the best feeling ever. I’ve only just recently started doing shows where people are really singing along and they know the words. How can you not enjoy that? All the adrenaline and nerves are worth it when you get out and you’re like “these people are here for me.” They like my songs. They like what I wrote. It’s a mad feeling that I don’t think I’ll ever get used to.

What was it like the first time you heard someone sing your lyrics?

It’s the same feeling I get now. I’m just like “how is this my life?” It’s so mad. I feel really grateful and I feel lucky to know it’s resonating with people. It’s a great feeling.

Seeing as you’re at the beginning of it all, what legacy would want to leave in five years from now?

I never want to lose myself. Looking back five years I want to be like I am still the same person now that I was then. I want people to be like she was always honest, she always owned what she did, and when you hear a Mae Muller song you know it’s her. That’s something really important. I would quite like to write for other people one day and even then I would like for people to be like, “oh I bet Mae Muller wrote that.” I want to have a sound. I want to leave something behind that really sounds like me. I don’t want to sound like anyone else.