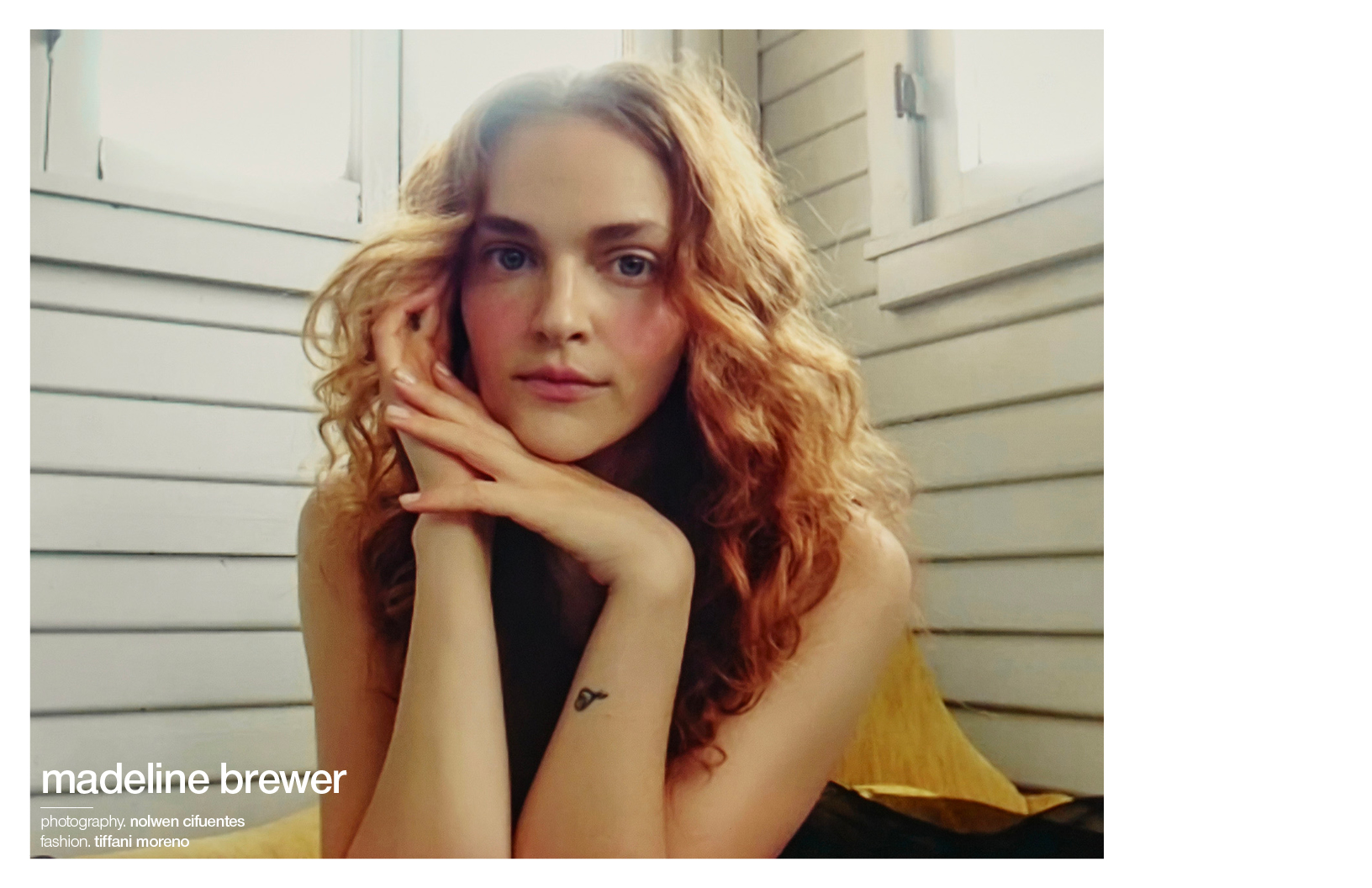 Madeline Brewer still sees herself as any other jobbing actor living in LA hustling from one audition to the next. But while many are still waiting to catch their break, Brewer is already making a name for herself on screen tackling complex and nuanced female characters in Orange is the New Black, The Handmaid’s Tale, and Hustlers.

While her heart may have been set on Broadway, Brewer’s portrayal as Janine in the TV adaption of Margaret Atwood’s dystopian novel, The Handmaid’s Tale, is proof that she’s equally confident in front of the camera. As fans wait with bated breath for the fourth installment to see whether the handmaids can unite to tear down Gilead, Brewer is tight-lipped about what the season holds. What she does promise, however, is that Janine’s fire is very much burning under the surface.

With the current pandemic and ongoing social injustices, Brewer believes stories like The Handmaid’s Tale are a stark reminder of the ways in which our freedoms and rights can be stolen from us over time. But she is hopeful that by listening and uniting together we can overcome these injustices. Lockdown has been a period of reflection, but as film studios begin to open, Brewer has a number of exciting projects in the pipeline that continue to shed light on the beauty and complexity of womanhood.

First of all, for those (very few) who may not know you, how did you get started in acting?

I got into acting at the age of seven. I did a play for a local theatre company and was completely hooked – I loved it! But my first job was a two-month run of a new musical called Liberty in Connecticut right after graduating. Two months after that, I started work on OITNB. It was a whirlwind, and at not at all how I’d expected to begin my professional career as an actor. I was never particularly interested in working in film or TV and had my sights set on theatre in New York. But I’m so grateful of course for the turn my path has taken.

How did you land the role on The Handmaid’s Tale?

When I booked The Handmaid’s Tale, I was just like any other actor working and living in LA. I was lucky that a few solid gigs had put me in the place of no longer needing a restaurant job but I was still in the constant audition/rejection cycle. It was like any other audition and I didn’t think much of it other than the fact that I loved the role and I knew that everything Elisabeth Moss touches is gold. 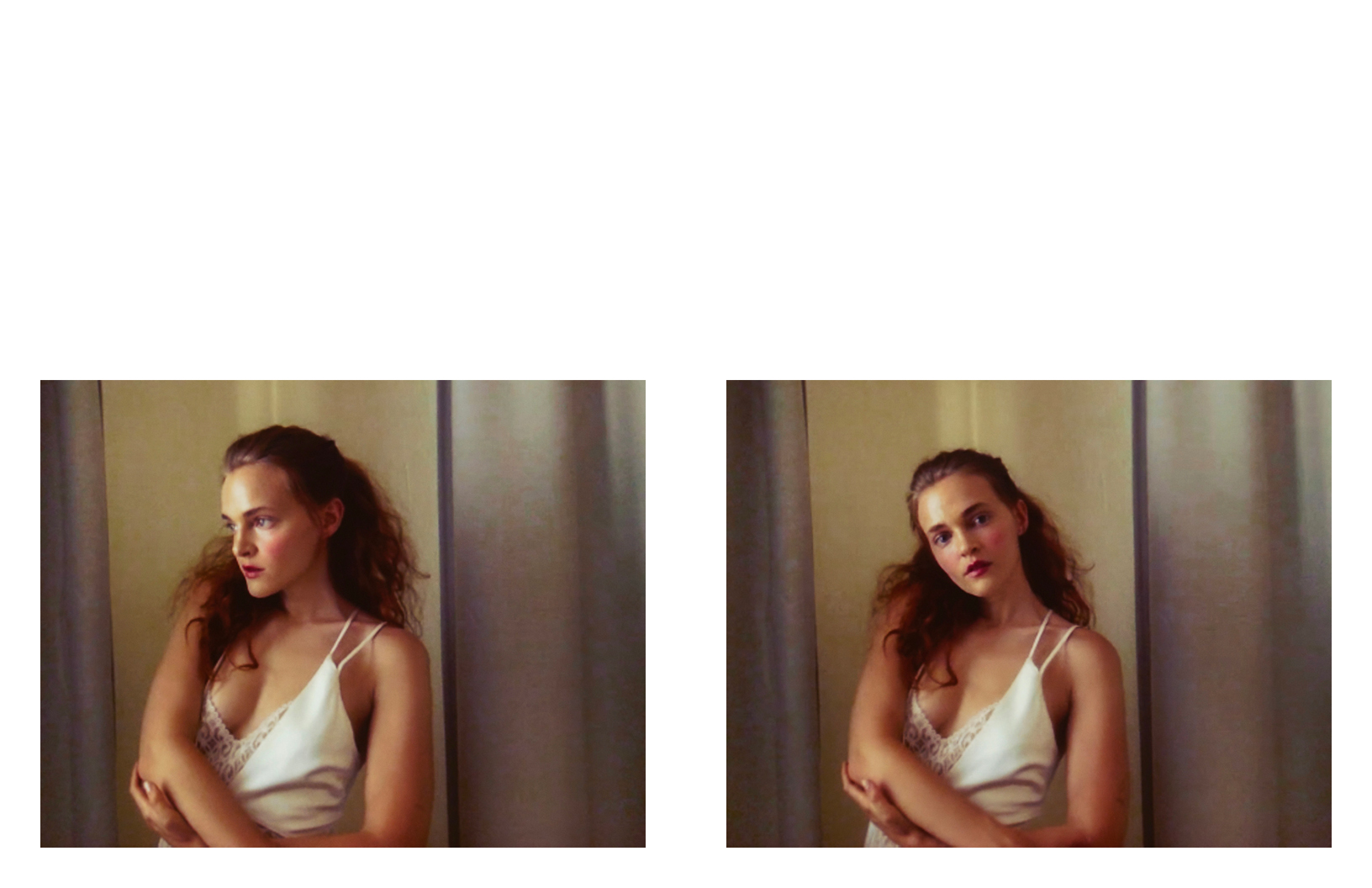 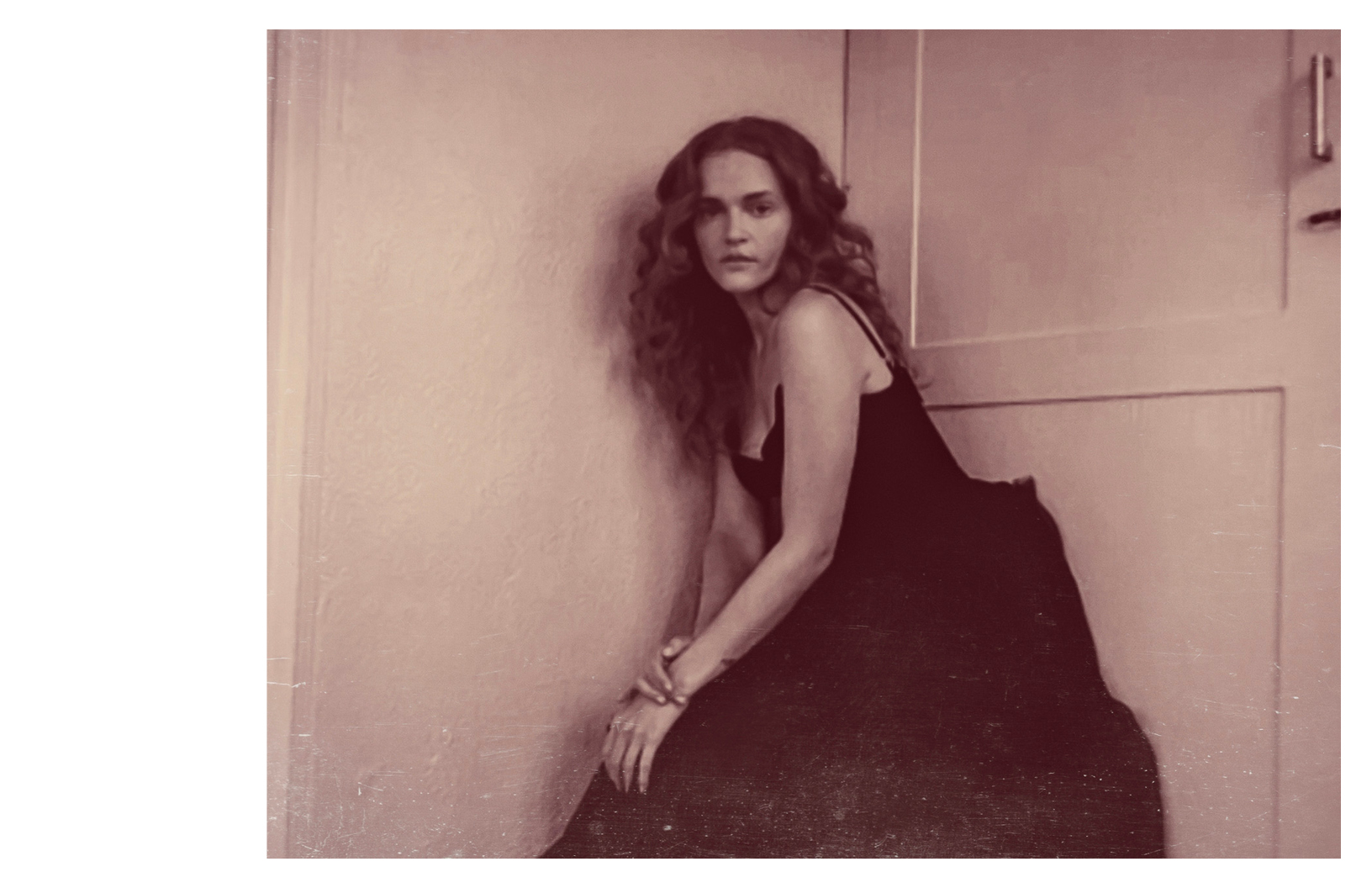 What can we expect from season four of The Handmaid’s Tale?

It’s been a long time coming that we see our friends in red really resist and fight back. That’s all I have to say about that!

Are you able to share any more detail on what Janine’s role will be in the fight against Gilead in season four?

Janine’s fire is always burning just below the surface. I think you’ll see that more clearly in the fourth season. Gilead can’t extinguish her flame. They may have reduced her to embers for a while but she’s coming back to her power.

I really love my relationship with Lizzie and our relationship as these two characters. I look up to Lizzie as a woman and an actor and I think those feelings naturally come out on screen. I think June and Janine’s relationship has saved and tormented them both at different times which I think is true of any friendship you care deeply about. I think a lot of what they’ve gone through in the previous three seasons will come to a head in season four. 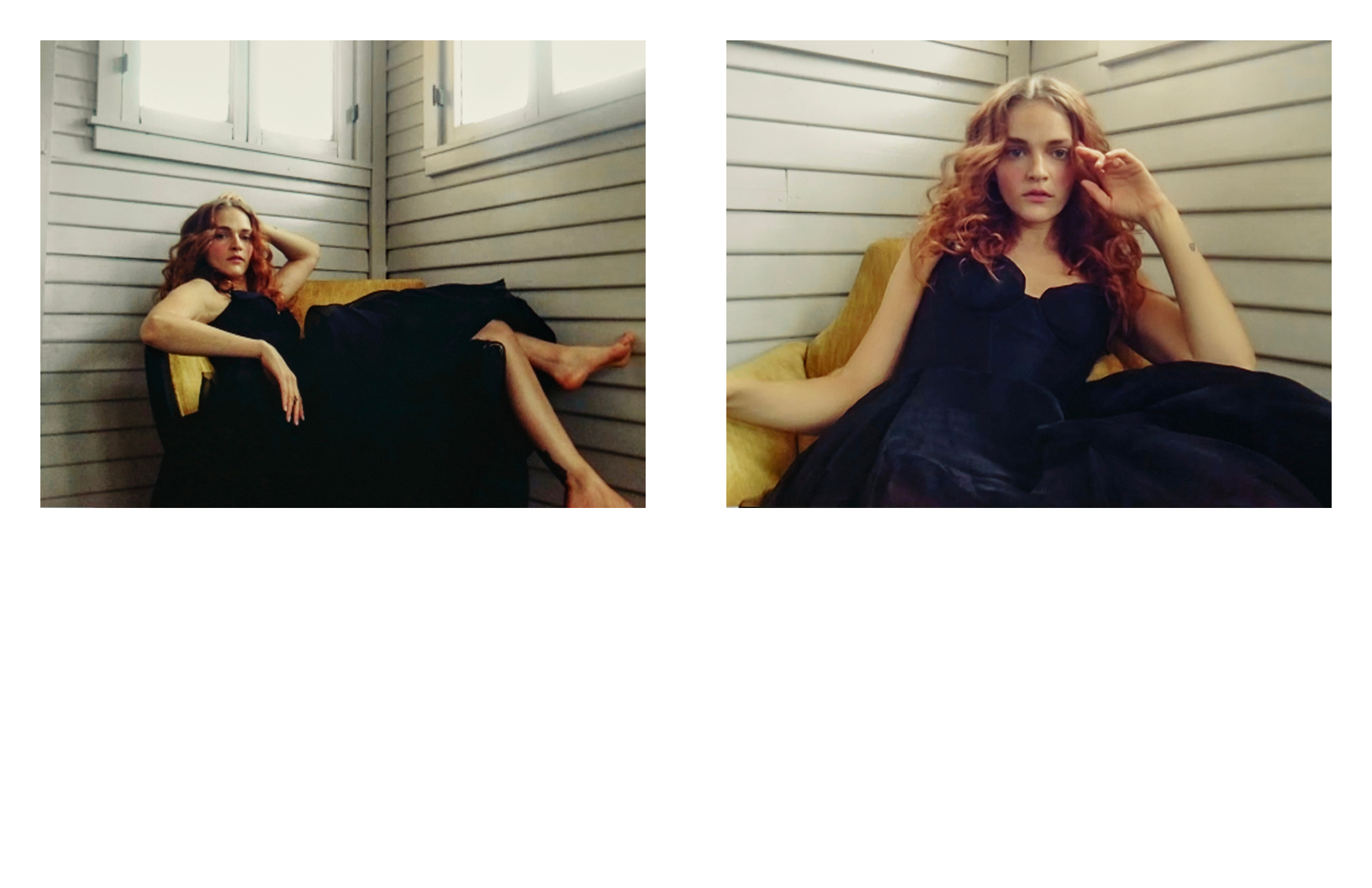 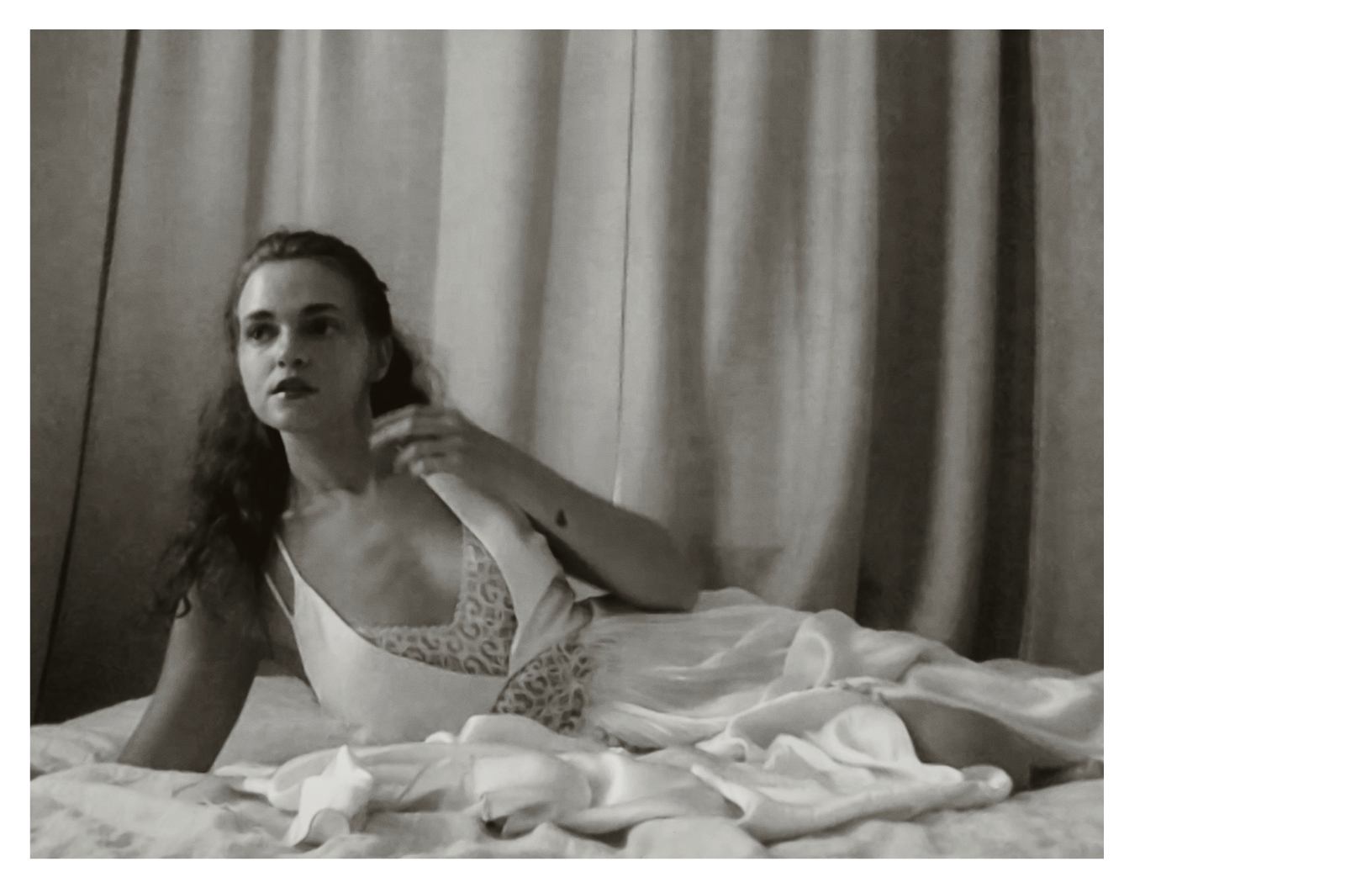 The trauma that Janine – and women in general – experience at the hands of Gilead is extremely intense, how do you prepare for that level of emotional intensity, and how do you leave it behind once filming has wrapped?

I like to approach all my work from a place of research – I love the homework. I aim to attack those scenes from a place of knowledge and preparation so I can really play with them on the day. I let it go when I get home by taking a very, very hot bath.

Janine has a complex relationship with Aunt Lydia. How do you create that dynamic with fellow actor, Ann Dowd?

Ann and I actually worked together before The Handmaid’s Tale. We did a movie together a year before we were cast called Hedgehog. She was a mentor to me during that shoot.  It was my first time playing the lead and she was so gracious and open, and helped me enormously. I think we had laid the groundwork of a really lovely friendship that transitioned beautifully into Janine and Aunt Lydia. I have so much love and respect for that woman – I can’t even tell you.

At a time when we’re seeing more female reproductive freedoms being taken away from women, how important is that shows like The Handmaid’s Tale exist?

While I know the show can be uncomfortable and downright frightening, I do believe in its ability to keep us awake. The show helps to keep us aware of the ways in which our freedoms and rights can be stolen from us incrementally over time. It portrays the subversive and sinister ways in which governments all over the world have tried to control our bodies, our money and our autonomy.

Orange Is the New Black, Hustlers, and The Handmaid’s Tale all portray strong female narratives. Why is important for you to be involved in these strong female-centric projects?

As a woman, I want to see the stories on screen that reflect every kind of womanhood. Biology, status or motherhood do not determine a woman. For so long, women have been held accountable to and held back by an unrealistic standard of what it means to be a woman. I am proud that the characters I’ve played and the projects I’ve been involved with have challenged these unrealistic and outdated standards. 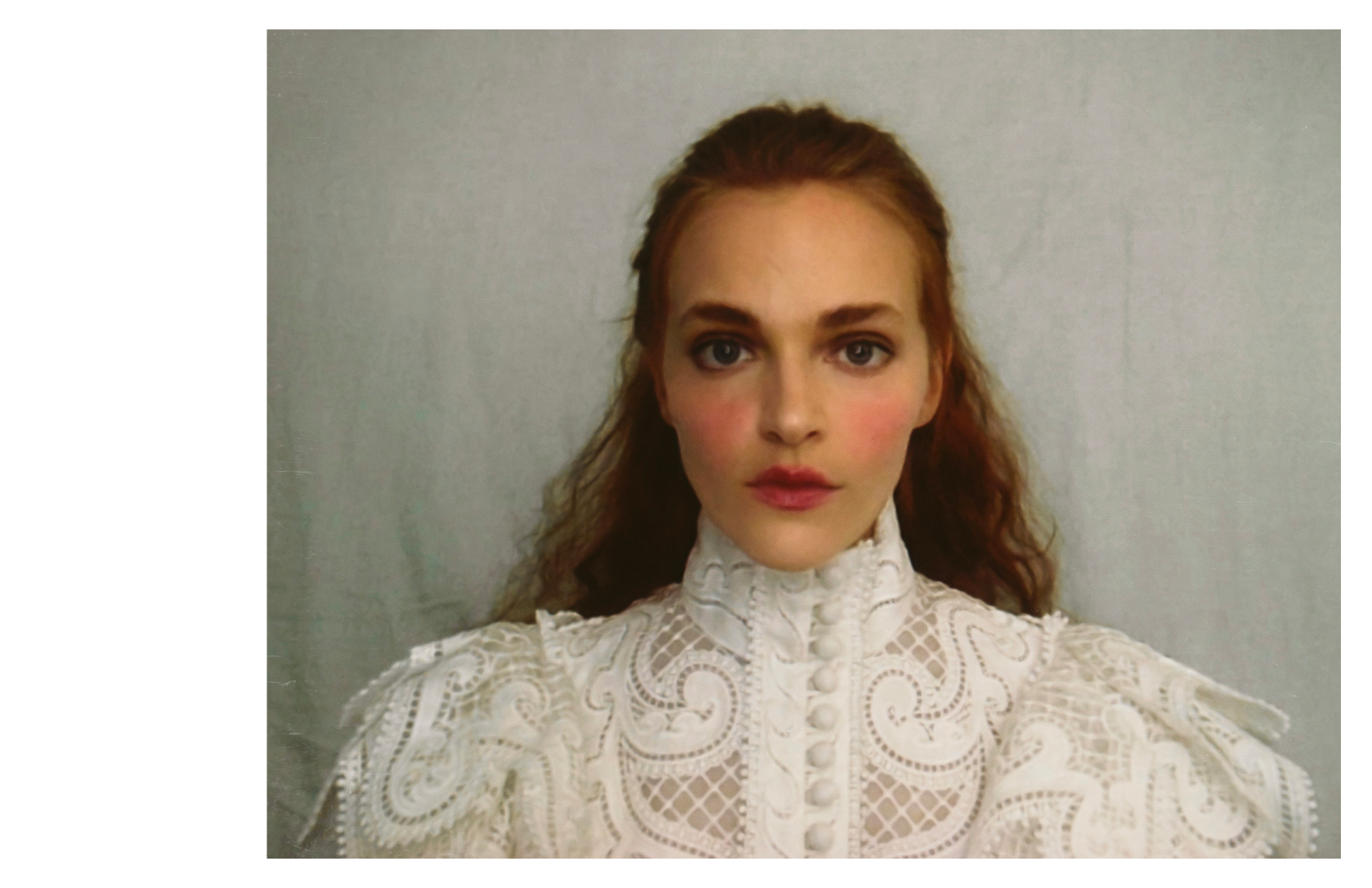 The strapline from the season four trailer of The Handmaid’s Tale is “unite and fight”. How would you say this chimes with what we’re currently experiencing with the pandemic and social justice movement like Black Lives Matter?

Simply, we are our best selves when we’re contributing to a community and supporting others. We are best when we listen, when we unite, when we fight for our rights, and fight our oppressors and our own internalised prejudices. We are at our best when we’re learning and standing together.

As we slowly begin to return to some form of normalcy, what has been your main take away from your time in lockdown? How have you found lockdown?

I need to calm down and appreciate every moment as I live it. It’s so trite, but I need to be more present. I’m constantly dissatisfied and always striving for something bigger and better! But that’s something that has caused me deep restlessness and unhappiness. The lockdown has forced me to examine that relentless ambition for what it is – fear. I think it’s specifically a fear of failure. I am trying to get comfortable with leaning into uncertainty. But I must admit, I’m a huge loner and homebody so lockdown has been incredible at times. All I have done is sleep, eat, and read.

Are you able to share any details on the upcoming projects you’re working on?

I have a project I’m finishing up soon called The Ultimate Playlist of Noise. I play a wannabe rockstar who meets a sweet kid who’s collecting noises on an old tape recorder. I can’t say too much at the moment, but the script brought me to tears on multiple occasions and I am very excited for it to (hopefully) touch others hearts in the same way that it touched mine. 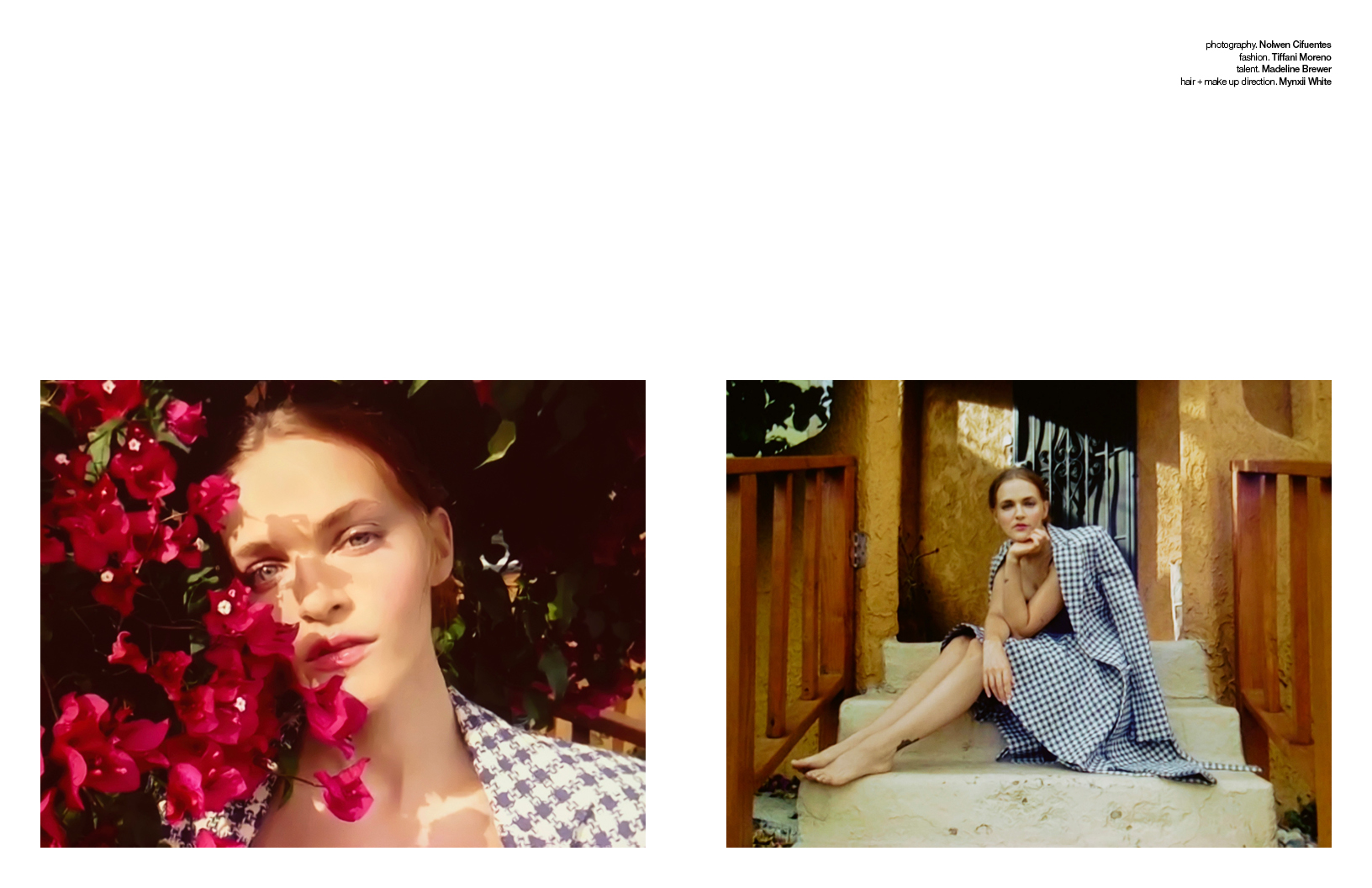 Season four of ‘The Handmaid’s Tale’ is expected to premiere in 2021 on Hulu.