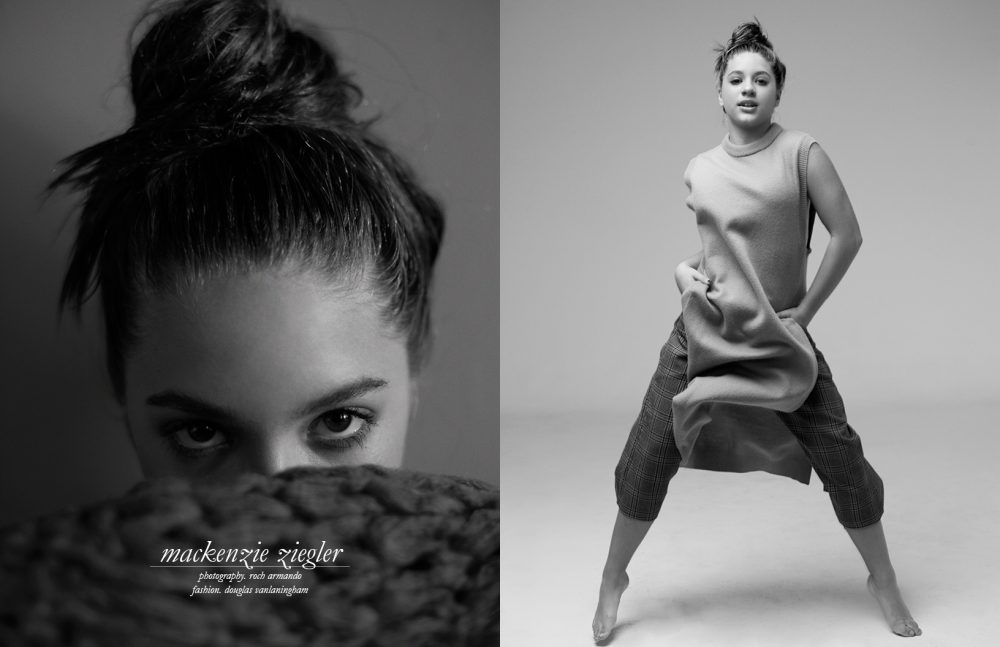 At the young age of 13, Mackenzie Ziegler has become one of her generation’s most influential stars. There isn’t a medium she has not tapped into, and successfully at that: she is a professional dancer, starring in Lifetime’s reality TV series Dance Moms for six seasons, and an exciting and loveable singer/songwriter whose debut album ‘Mack Z’ hit number 1 on the iTunes Pop Charts. On top of that, she frequently posts music videos that accompany her lyrics on YouTube, alongside vlogs to show her fans what she gets up to on a daily basis. Speaking out to a collective 20 million followers on platforms such as Instagram, Snapchat and YouTube, Mackenzie is without a doubt reaching the very pinnacle of success for her years. Schön! caught up with her to understand what it’s like being a dance prodigy at such a young age, and managing a hectic schedule that combines dancing, singing, acting and modelling.

While growing up in the public eye might be hard for her, she handles everything with an extremely positive and can-do attitude, and never fails to surprise her fans with another head-bopping, hip-rocking music video sensation. It’s only natural to wonder how did young Mackenzie get into dancing initially, and how did that translate into her other creative endeavours? “When I was little, I didn’t really have a passion for dancing,” she explains, “but when I was about 9 years old, I knew it was something I wanted to keep doing.” She then goes on to illuminate the link between her dancing career and her consequent singing profession. “I started voice lessons when I was 6 years old, and from there I really knew that I wanted to pursue singing.” 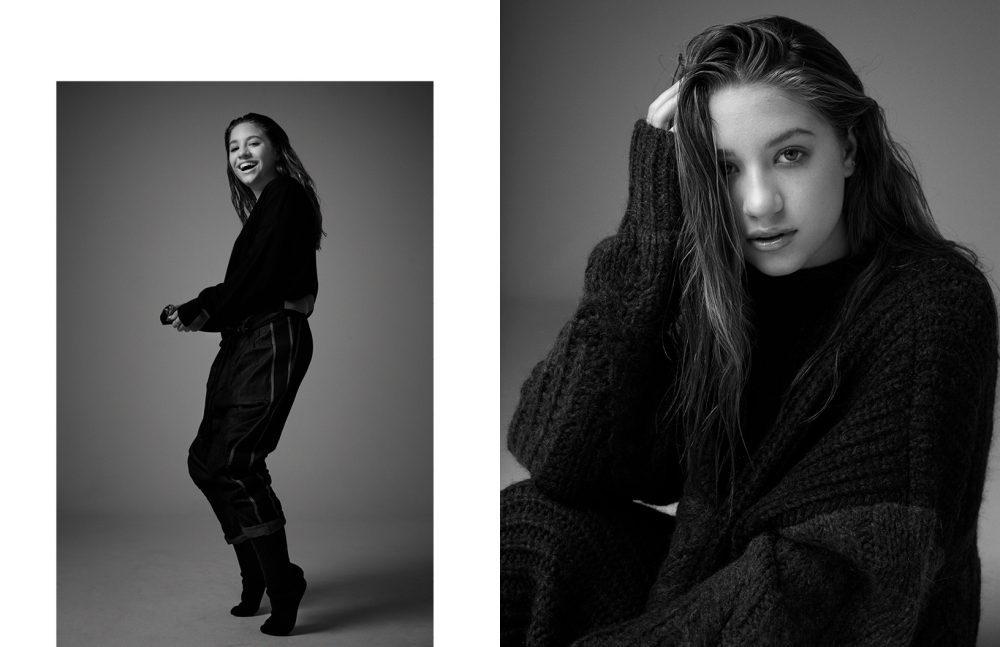 Speaking to Mackenzie is a breath of fresh air; knowing your own goals and ambitions from childhood is both inspirational and moving. She expands on her skill-set continuously, from making bold business moves when partnering with clothing retailers to putting in creative efforts when editing her vlogs. “I feel like YouTube is all about being yourself,” Mackenzie recounts. “When I’m with my friends or my sister, we’re always having fun and laughing, so I think just being yourself and having fun makes a good video.” She’s a role-model who is putting her social-media influence to good use, especially for all the like-minded young girls who look up to her. “People love to watch my vlogs because it’s me being myself. I feel they also like to see what I’m doing on a daily basis.”

On a daily basis, other than taking part in Nickelodeon’s hit-series Nicky, Ricky, Dicky & Dawn, receiving Teen Choice Award nominations, and acting as the face of campaigns for Clean & Clear and Ralph Lauren; you can find her creating active and vibrant music videos to accompany her vocal excellence. “My favourite music video so far is my video for ‘Breathe’. It was so awesome and fun to film!” Already nearing 6 million views, ‘Breathe’ is an upbeat song with energetic and dynamic visuals. Mackenzie once more shows off her amazing dancing skills as she sings about keeping your “eyes on the prize” whilst “breath[ing] till you’ve understood”. Lyrics such as “just let it be and you will see everything will align” show how mature and open-minded Mackenzie is, understanding the difficulties and nuances to life and any hardships that she and others may be experiencing. As a normal teenager, she too spends time watching and getting inspired by other YouTubers, namechecking Lauren Riihimaki as “one of my favourite YouTubers’ because ‘I love DIY’s!” 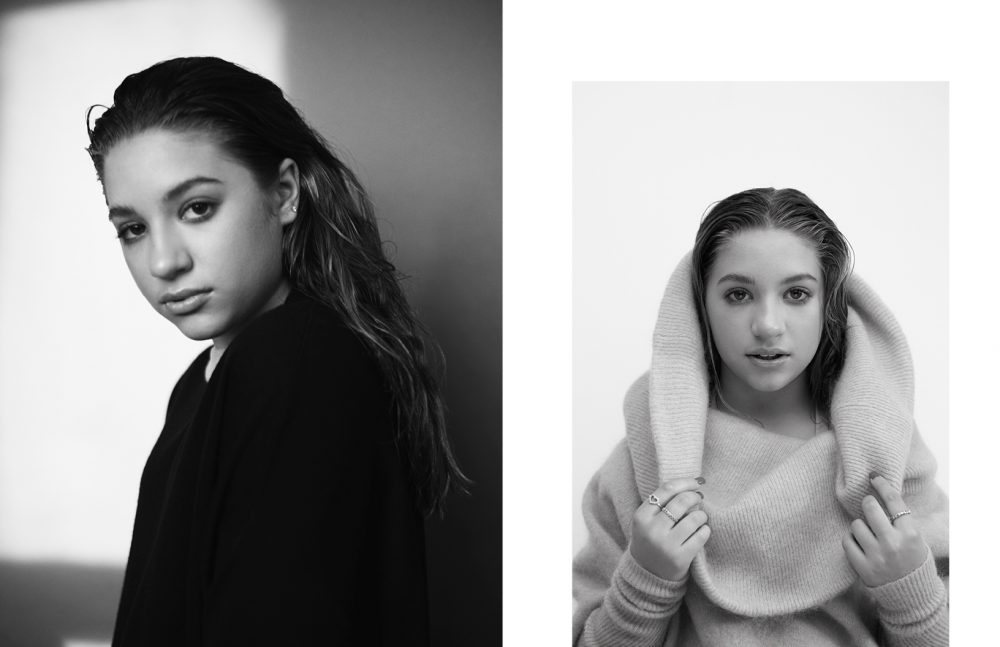 How does such Mackenzie manage to keep up with fans and inspire those around her, whilst also allocating time to herself and her family? She admits that “it definitely gets hard making time for friends and family, but my mom is so good at helping me balance it all. She’s awesome.” Having a sibling who is also in the spot-light, Maddie Ziegler, makes it easier for Mackenzie to deal with this balancing act. They both support each other’s careers and lifestyles. Family is important for this young star, and she understands the significance of maintaining an evenly based relationship between her social life, her inner thoughts and her friends and family. Her music video, ‘Perfect Holidays’, upholds this ethos. She tells us that the song is “about having a good time wherever you are, whether you’re with friends, family, or even by yourself.” When asked what she plans on doing for the holidays Mackenzie joyfully replies that she’s “spending the holidays with family,” adding ecstatically that she “can’t wait!”. 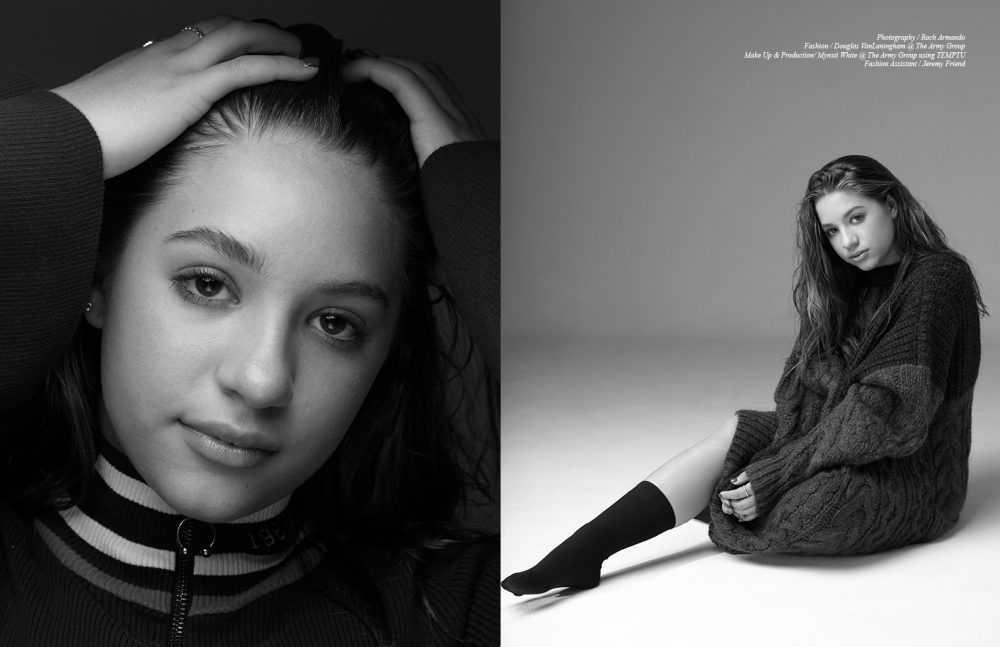 Very recently the big news came out that Mackenzie Ziegler would be releasing her own book titled Mackenzie’s Rules for Life: How to be Happy, Healthy, and Dance to Your Own Beat. After seeing how thoughtful and enlightening Mackenzie is in a normal discussion, we can imagine how helpful and great her book will be for her fans when released in the coming year. In it is a collection of relatable lessons from the teen’s own life, offering advice on important issues such as family and friends, fitness, style and most importantly, positivity and holding your head up high. “Ever since I was younger, I’ve always wanted to write my own book, so I’m excited for people to read it,” Mackenzie recounts. The soon-to-be author hopes that it will help teens understand the importance of confidence and self-love, alongside “always staying positive”. “I feel like everything is better when you see the good side of things,” she confirms. We’re excited for the book, published by Gallery Books, and for all her future accomplishments. There’s nothing that she can’t do, we have been assured about that.

Mackenzie’s Rules for Life: How to be Happy, Healthy, and Dance to Your Own Beat from Gallery Books is available for pre-orders now.