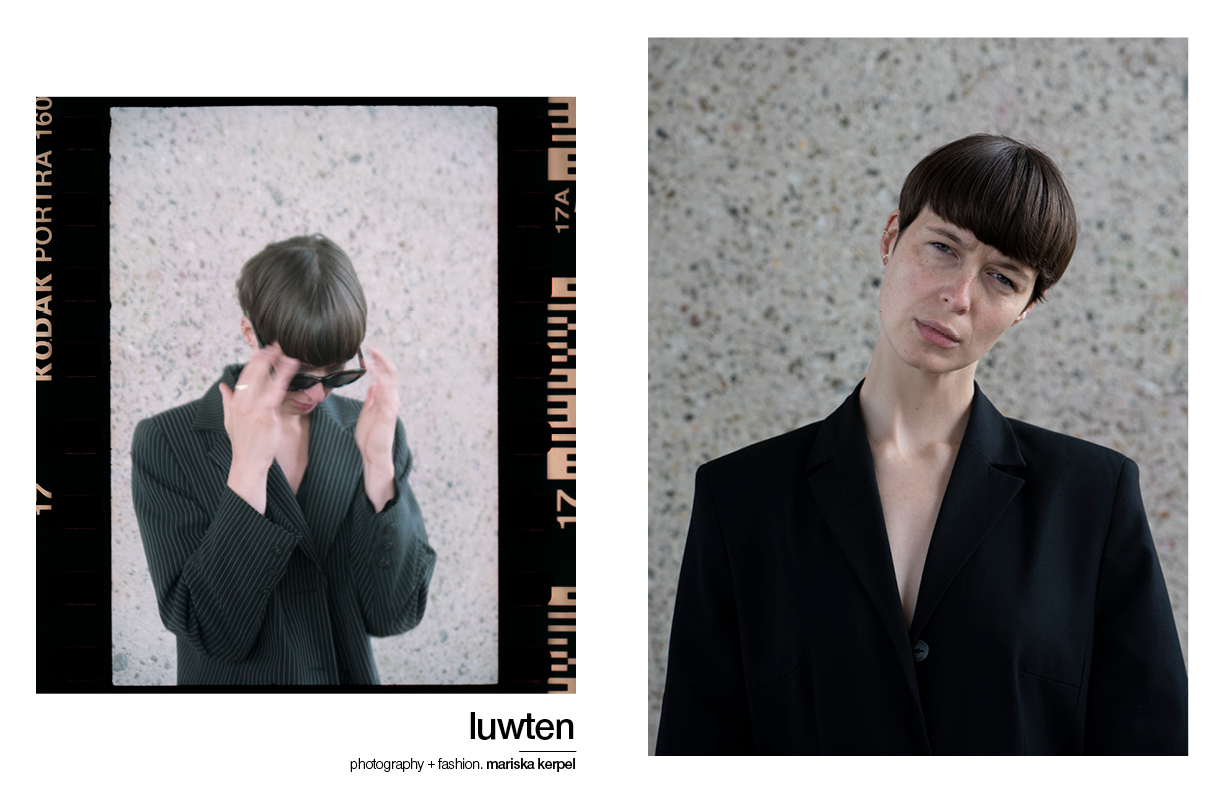 Dutch artist Luwten is a refreshing voice in the alternative pop landscape.  She isn’t bound by genre but occupies a multi-hyphenate space that tows the line of neo-soul, indie-pop and folk music. The creative behind the sound is Tessa Douwstra. Her moniker Luwten means “place without wind” in Dutch. The phrase takes on a new meaning once you listen to her latest album Draft. It’s a sonic reflection of our current times where being alone is the new normal. “Being alone is good but not when it’s out of fear of the outside world,” she explains in her interview with Schön! “I wanted to open the door to the outside world,” she adds. Draft explores the duality of self and, in a word, exemplifies solace. Each track cinematically paints a particular mood that feels escapist in a time when we need it the most.

How has creating during quarantine been for you?
Just when lockdown started I finished the album. I haven’t been working on a lot of music right after finishing it. I needed that to sink in first. I always need some time to process things. Being quarantined and not having too much distraction made me spend a lot of time on the visuals and videos for this album and that I enjoyed a lot!

Your sound flows between different genres so effortlessly. Who would you say are some of your musical influences?
I do like the grey areas in music a lot. I would say my influences float somewhere between the genres of neo-soul, indie folk/pop and contemporary music. I love listening to artists like Erykah Badu, D’Angelo, Joni Mitchell, Elliott Smith, Steve Reich and Jon Hopkins for example.

Amsterdam is a creative hub. How do you think that influenced your journey into music?
I actually moved around in The Netherlands quite a lot. I lived in Amsterdam, Rotterdam but also in more rural areas. At one time I lived in an old school building with two floors filled with creatives from all sorts of disciplines. That gave me a lot of energy, seeing that creating can be a way to live your life. Since The Netherlands is such a small country you actually continue to live close to all the hubs throughout the country. Right now I’m living in a smaller city and enjoy the nature and peace that can be found here but it’s nice to have other cities just around the corner.
Your videos are always so engaging. How important are visuals to you as a musician?
Really important. I once heard Bjørk say in an interview that the eye is so much more mature than ears. We can listen to a song twenty times but really feel it hit as soon as there’s a visual or a performance connected to it. That’s my experience too. It has been very eye-opening to me to see that my music translates to my visual ideas as well. It gives me more languages to talk in and express myself.
Can you share the motivation behind your album Draft?
When I make something I always want to learn something new. On my first album LUWTEN it was creating something by myself. LUWTEN literally means places without wind in Dutch. When I started making music under this name I wanted to find my own voice. [I] found that in this vacuum I created for myself. With Draft I wanted to open the door to the outside world. Being alone is good but not when it’s out of fear of the outside world so I let some air in: other people, influences, draft. I didn’t want the “being alone” to be a part of my identity. I think identity should be a much more fluid thing.
What’s the significance of the album title?
A lot of energy and attention in the world is pointed towards what’s finished. The ideas that are outspoken and straight. Sometimes it feels like there isn’t that much room for being fluid. Being a draft so to speak. Being a loner and a social person. Being someone with ideas but with doubts as well. Being someone who doesn’t have all the answers and still has a lot of questions. Next to that I also feel that art is there to connect us [to] people. I hope that by writing about, for example, my struggles with finding a balance between being alone versus being with other people can make someone who experiences the same struggles feels less alone. That’s what music always does for me.

What have you learned most from having more alone time in the past year?
At first I really enjoyed how peaceful everything felt. Nobody knew what to do and that is something that doesn’t happen a lot. During that time I really enjoyed being alone and with my partner. Pretty quick after I realised that being in that space can only be enjoyable if it’s with friends and family. It’s why I enjoy life: the ability to share it with other people. I also don’t want to spend all my time with my own thoughts. My boyfriend and family make me laugh, learn new things and put things in perspective. I need other people. 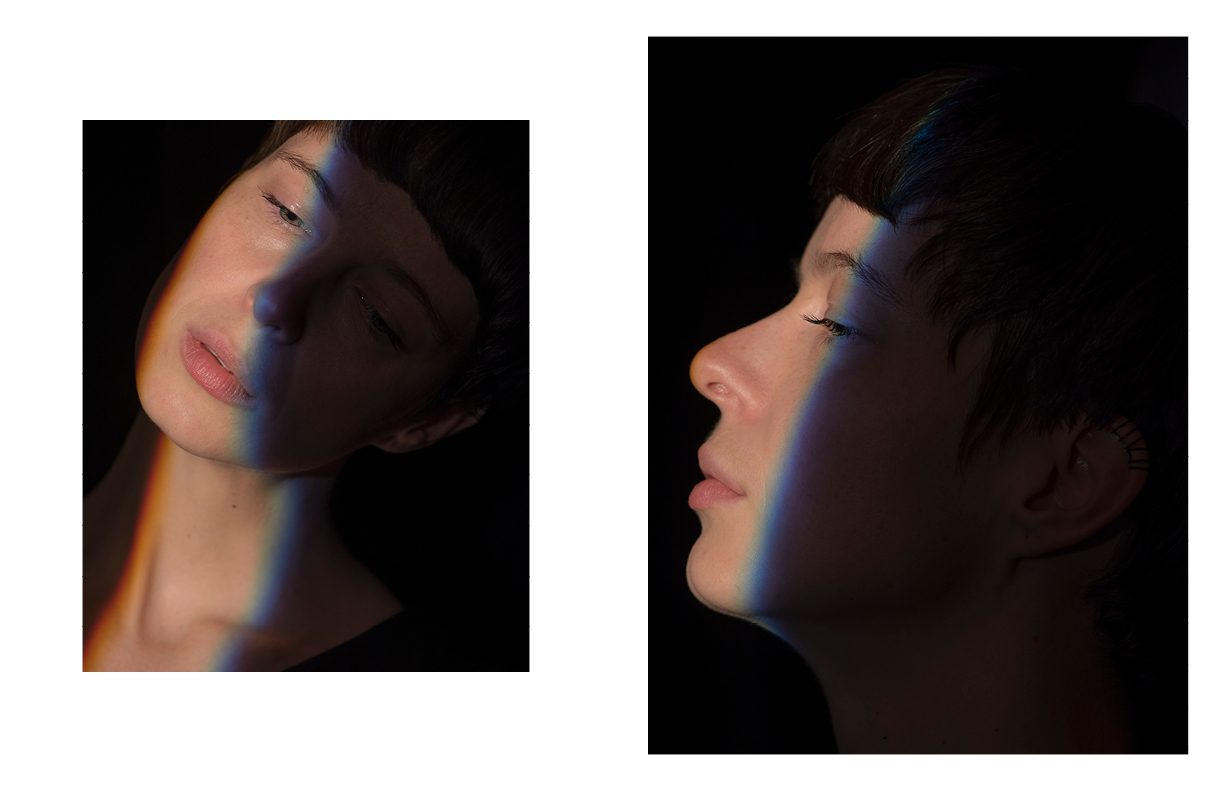 Where do you pull inspiration from when it comes to songwriting?
A lot of my inspiration comes from language and the inadequacy of it. I love how we all try to express and explain everything we see and feel through language but at the same time feel its limits. I think my songs are born there, somewhere around that border. The limit of language. Soundwise it can be anything. Right now I’m working on a song that started with a recording of my guitar while my partner was using an electronic device that beeped in the living room. The combination of those sounds is so strange and coincidental in that recording. I think I’m going to sample that.

Is there a song on Draft that feels particularly sentimental to you and why?
I feel very close to Draft. It’s a song about how I feel solitude can be a good thing as long as it’s before or after being together with people. I asked my family and friends to accompany me in that song by singing this one note. They all recorded it with their phones and sent it to me by text. I ended up making this big drone out of their voices as a reminder that they are there while I’m singing of that balance. I also feel a lot of things when listening to Stopwatch. It really gives me energy to look at the future and face it.

What do you think your album says about you at this current moment in your life?
That I’m feeling more and more free through not pinning myself down. And that there’s even space to explore the edges of that! 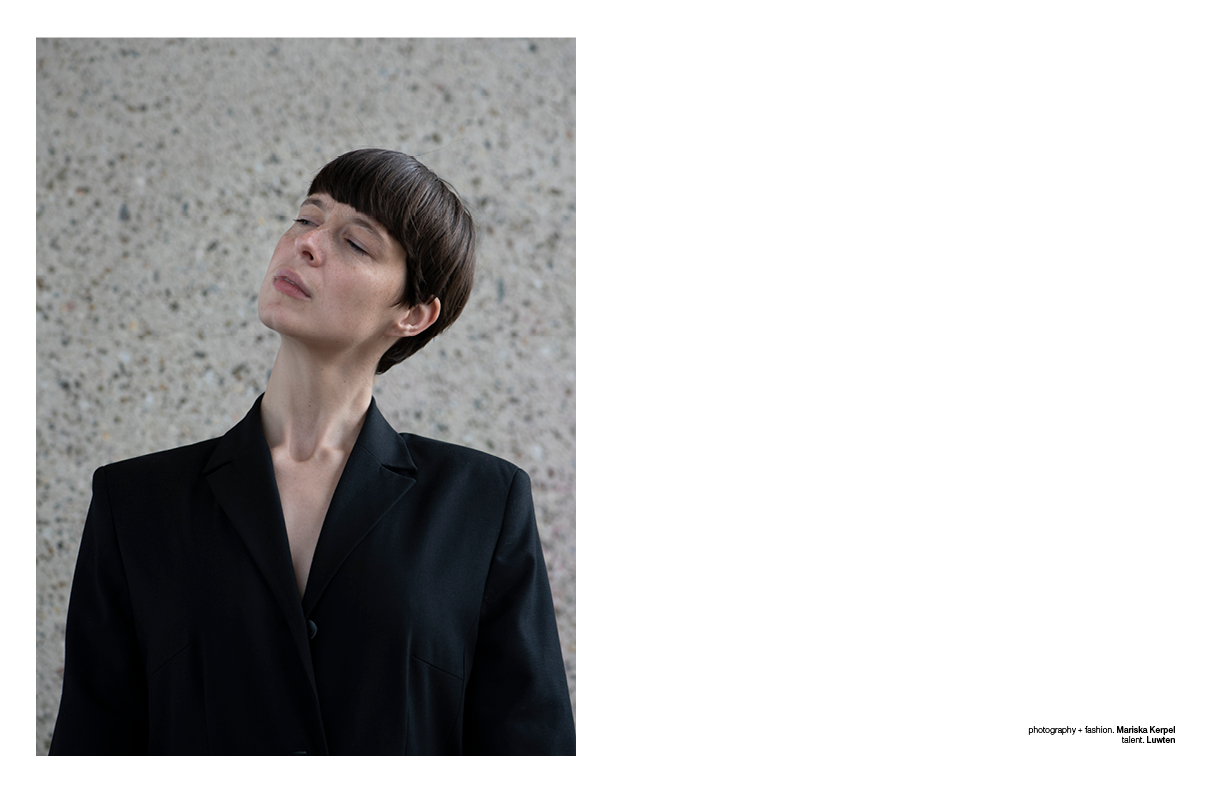 Schön! Magazine is now available in print at Amazon,
as ebook download + on any mobile device
Tweet