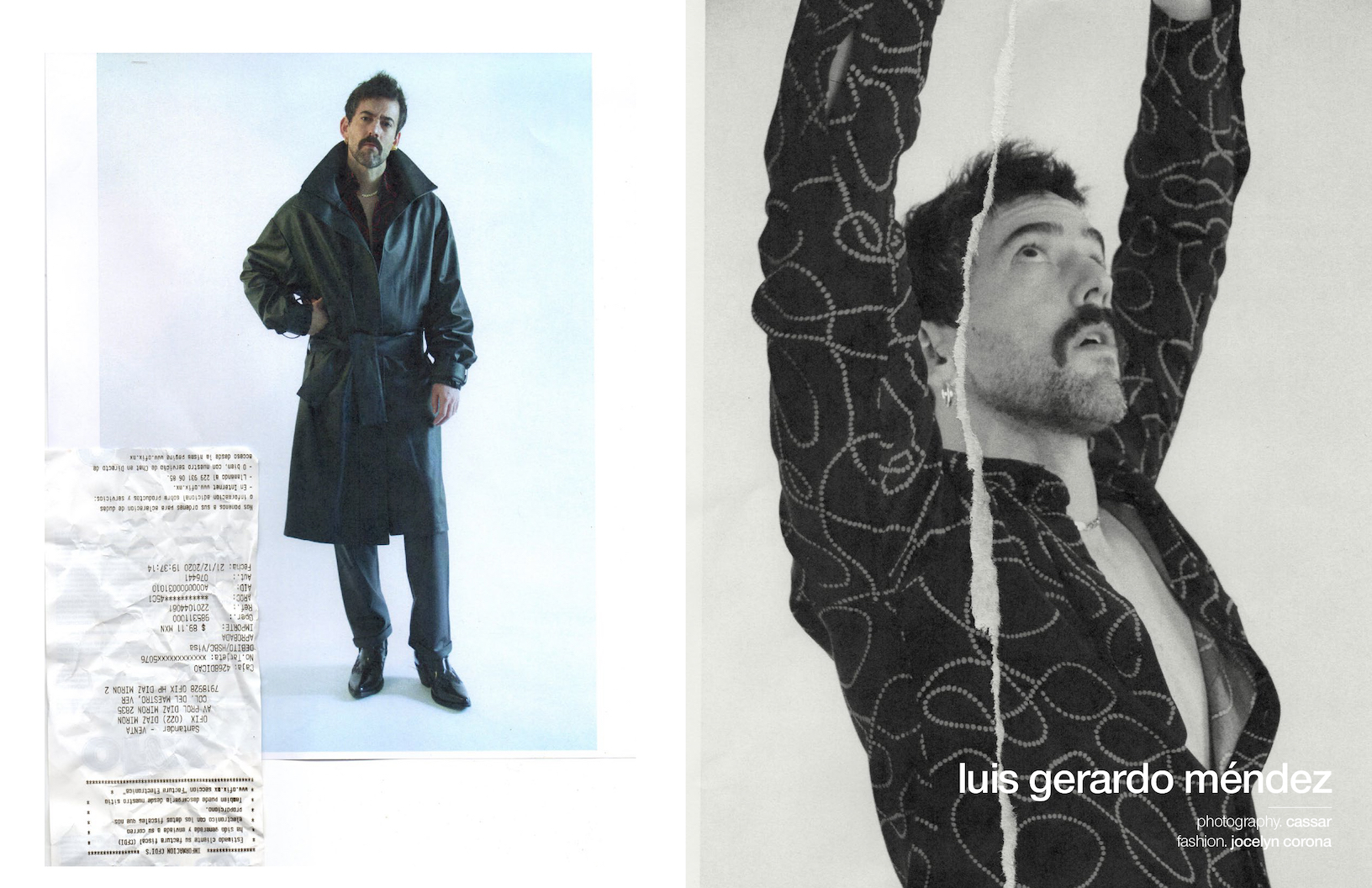 Luis Gerardo Méndez is the star and producer of Half Brothers, a bilingual dramedy about two half brothers who didn’t know of each other’s existence and are suddenly stuck together on a road trip through the United States and Mexico.

But Mendez is more than an actor and producer. He’s also a Mezcal maker, GQ’s former Man of the Year in Mexico and Latin America, a theatre artist who recently purchased the rights to Hedwig and the Angry Inch in Mexico — he wants to play Hedwig — and an activist with Proyecto Habesha, an organisation assisting refugees.

Schon! caught up with this very busy storyteller from his home in Mexico City to hear his thoughts on all of the above, as well as the representation of Mexico, Mexicans and Mexican-American relations in film and TV and more.

On changing the narratives about Mexicans in American movies.

I was really interested in seeing myself represented on the screen in a different way… This guy [in Half Brothers] is a really successful businessman from Mexico — a self-made businessman wearing expensive suits. I’ve never seen a Mexican character like that in Hollywood. That was really important for me, to show a different character. Mexicans — we are also businessmen. We are also filmmakers. We are also writers and musicians and fathers and mothers, and Hollywood hasn’t shown that much.

And if we’re going to talk about differences between Mexico and the States, we need to talk about the huge white elephant in the room that is migration — of course, this is a comedy, it’s not a big drama or anything. But I wanted to talk about that theme with dignity and with a lot of respect…  All the films I’ve seen about migration are about the border and the policemen trying to prevent Mexicans from crossing because they’re ‘bad hombres.’ I was really interested in putting the camera on the families, you know — what happens with the families who stay in Mexico? What happens with the emotional scars of the people who stay in Mexico, and the emotional scars of the people who go to the US and never come back —  not because they don’t want to, but because they can’t? 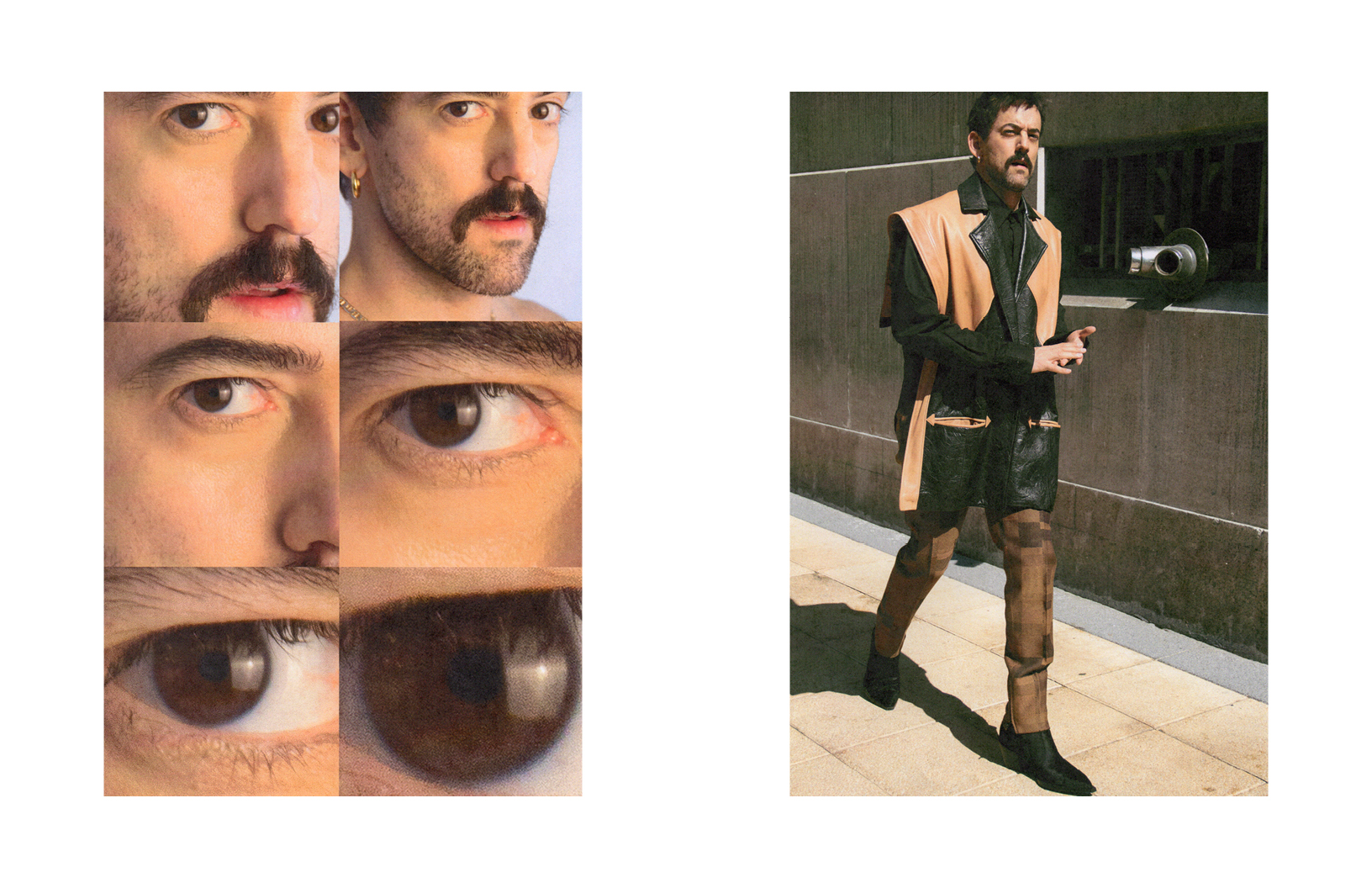 blazer. The pack
shirt. Heart of Darkness
trousers. Zegna
shoes. Out of Comfort

I really believe that, right now, there’s this thing in Hollywood for Hispanic storytellers and Hispanic and Latin actors. We are, like, hot. Everyone wants a Latin character in their show or their film.

But that’s tricky. I’m not interested in being one part of that quota. Yeah, they need to have a Mexican guy in the film, but for me proper representation — good representation — is about telling the stories that are important to us.

[Good representation is] having Hispanic and Mexican storytellers, filmmakers and producers telling our stories, because those are our stories and we need to tell them. We need to be in creative control of those stories. Of course, we need direction, and we need notes, but honestly, I’m a little bit — I was a bit tired of seeing films about Mexico created by people who’ve never been in Mexico before. Like, they’ve never stepped in Mexico, and they’re making things about Mexicans. I don’t know if that’s nice.

The moment I decided to become an actor was actually in high school when I did a play, the final play of the semester. It was a play about what happens when a family gets a divorce — and my parents were getting a divorce in real life at that moment. I remember I was saying this monologue about how it feels to have a divorce in your family, and my parents were in the first row, in the middle of the row, one metre away from me. When I started talking about these things, I had this sensation that every single word I was saying was deeply touching them, you know? That was the moment I understood the power of the theatre… Theatre saved me, in a way. 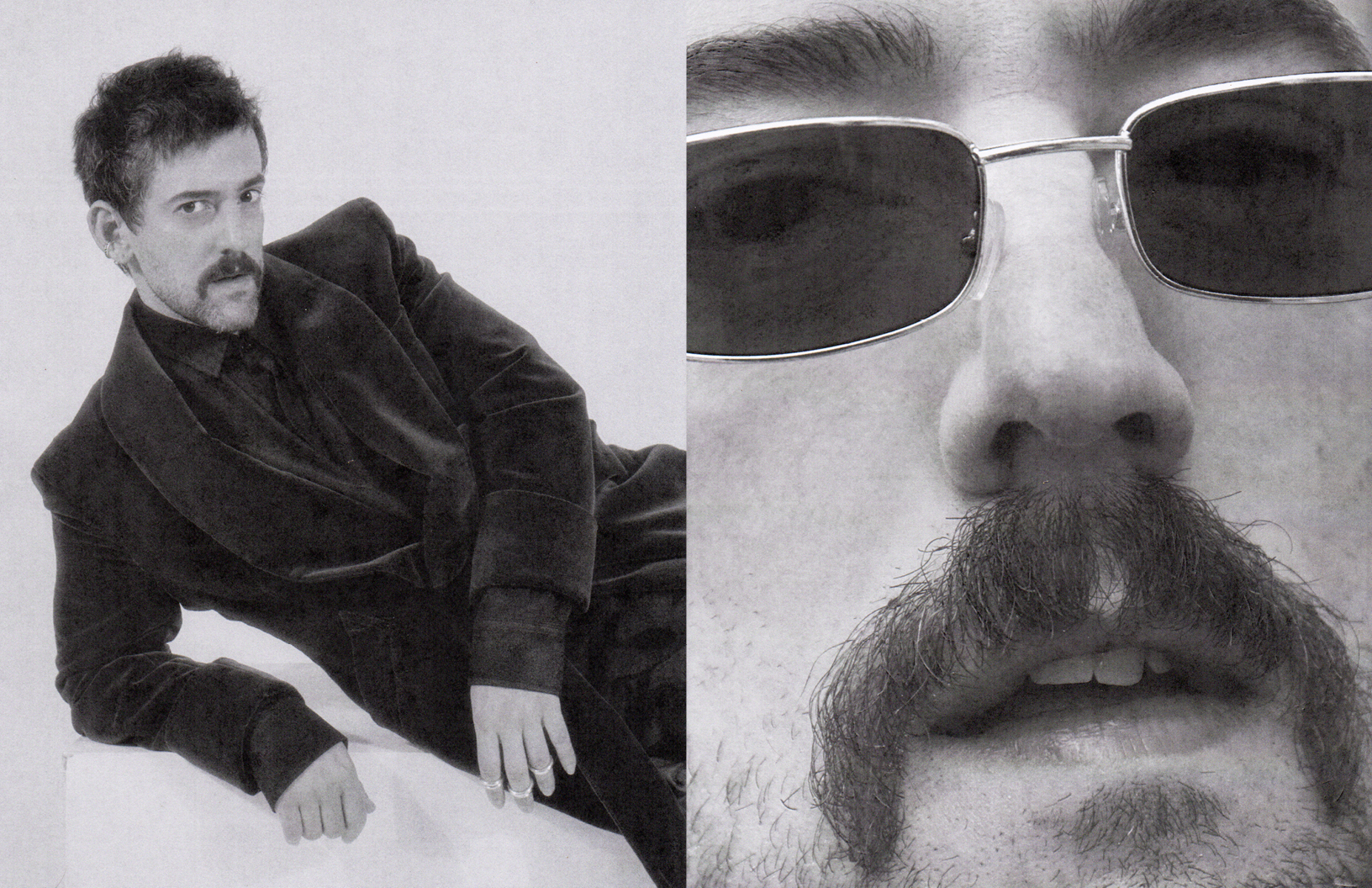 On mezcal, family and his personal connection to the film.

I was 30 at the moment, so my head was in a different place. I was completely focused on my career, and I had a lot of stuff to deal with with my psychotherapist. I was like, ‘I don’t have room for this right now.’ I closed that door. I was like, ‘I’m not interested in this. I don’t want to know anything about this person.’

But when I started developing this film, two months before shooting I started feeling something inside, like I needed to talk to her. I needed to meet her, you know? So, I contacted her. We had a Zoom, and it was beautiful. It was really nice, because I had the opportunity to hear her side of the story, because I had grown up with my father’s side.

It was really sweet, because I understood her and I understood my father better — but surprisingly, I think I became a healthier human being from having that conversation and getting closure to that. I’m not going to lie to you, she’s not my best friend or anything. But now that I know her and I have contact with her, it helped me have a better performance and make a better film. But especially, it helped me to be — I don’t know. Healthier. 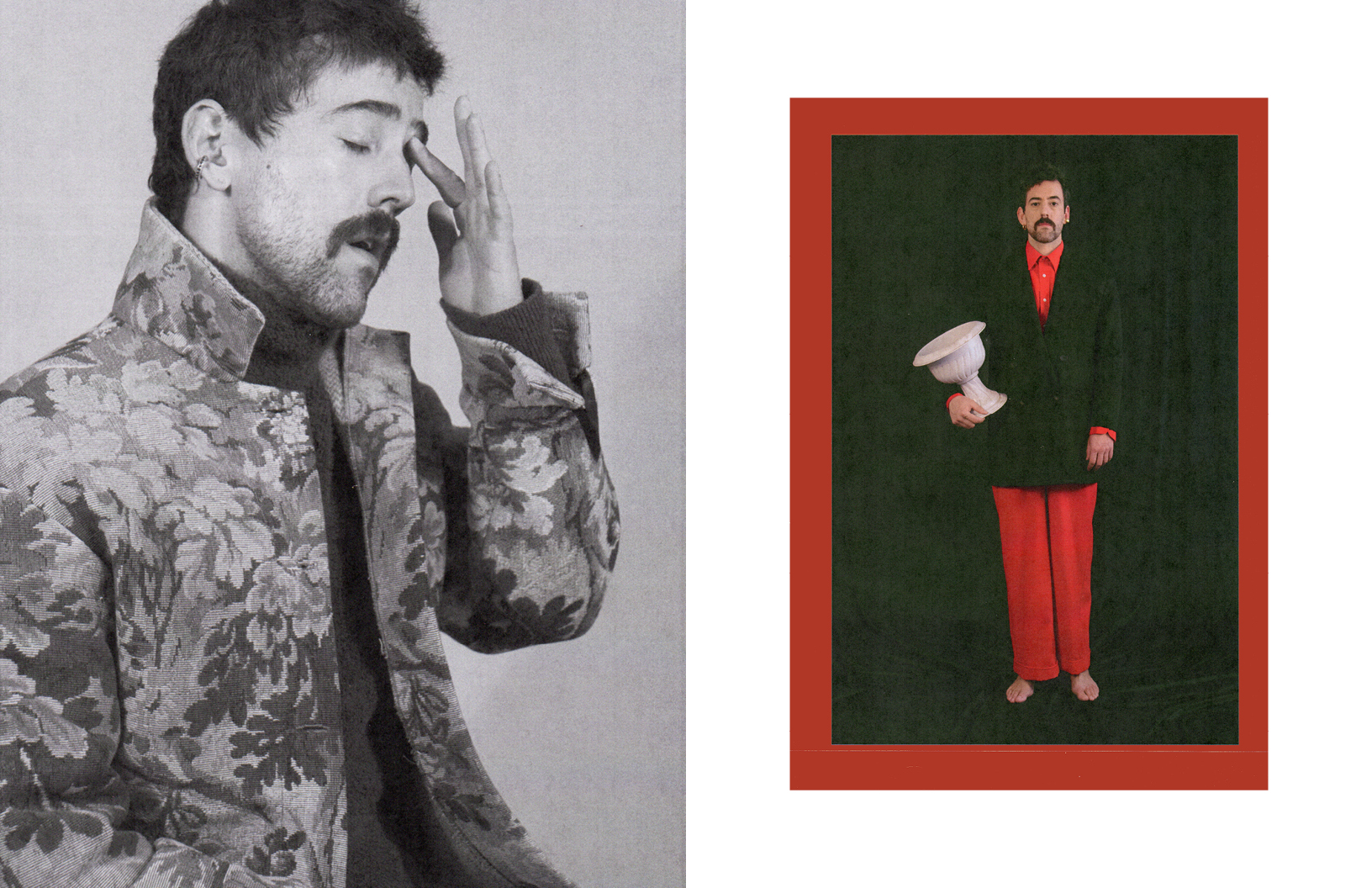 On life in Los Angeles and the importance of comedy.

I’ve been living in L.A. for five years. Some people in the States recognise me, like waiters and people working in kitchens in restaurants, or even the people working in my house. When you’re an actor, especially when you do comedy, people think they know you and that they’re your friends. So, [people] come to me, and they tell me really, really personal stories.

What we show in the film is not even five percent of the horror these people suffer crossing to the U.S., but I really believe comedy is a great vehicle to talk about these things. If we were like, ‘Yeah, let’s make a film about border control, about the horrible situation people are living in with ICE,’ I’m pretty sure not a lot of people are going to be interested in watching that, especially in the U.S. But if we do a comedy about these completely opposite half brothers, people go because of the fun and because they want to laugh. And we are able to make them laugh — and when they have their mouth open, we can put a spoon of truth in there. 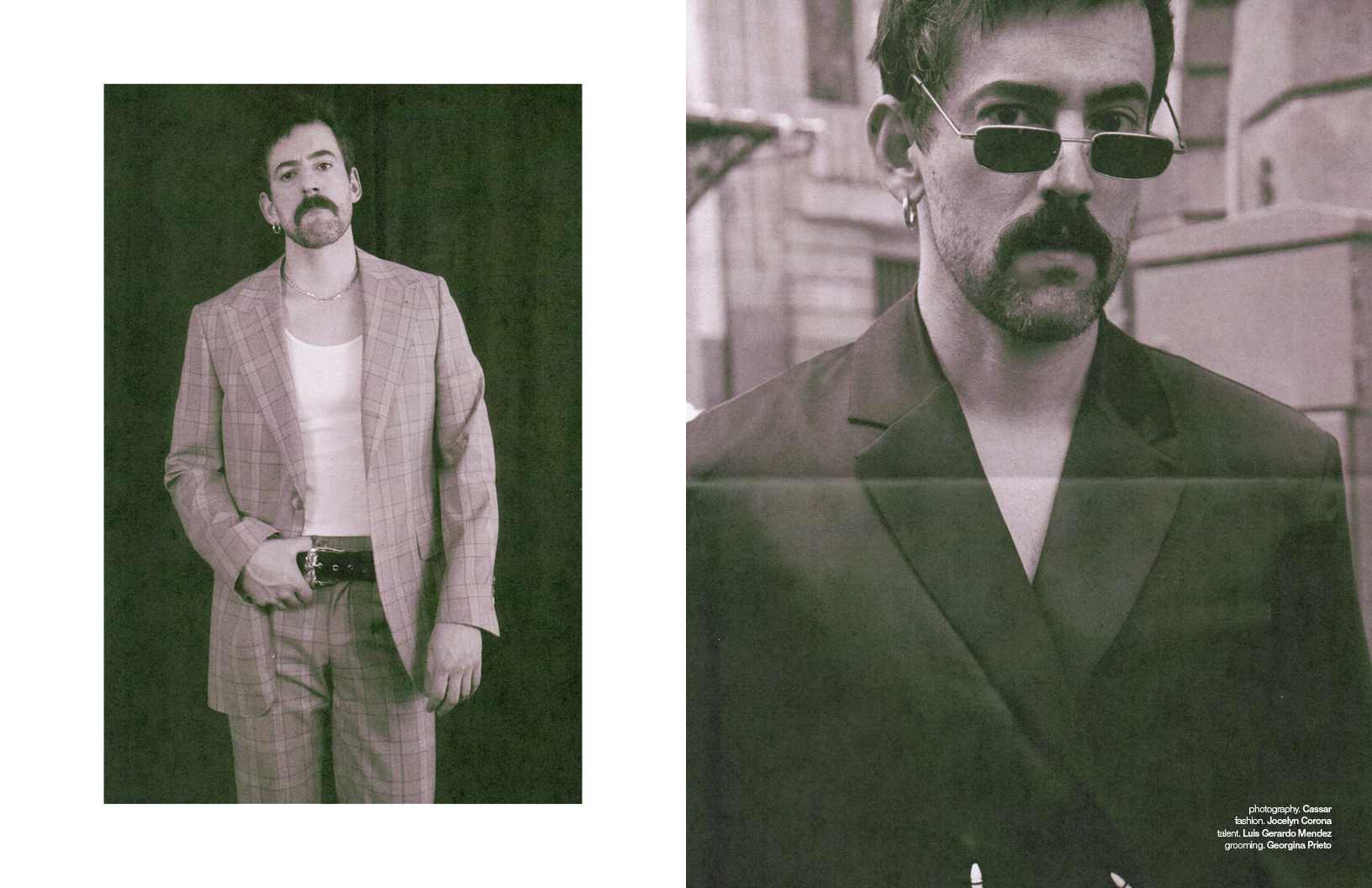 Half Brothers is currently in select cinemas and available via Premium Video On Demand.