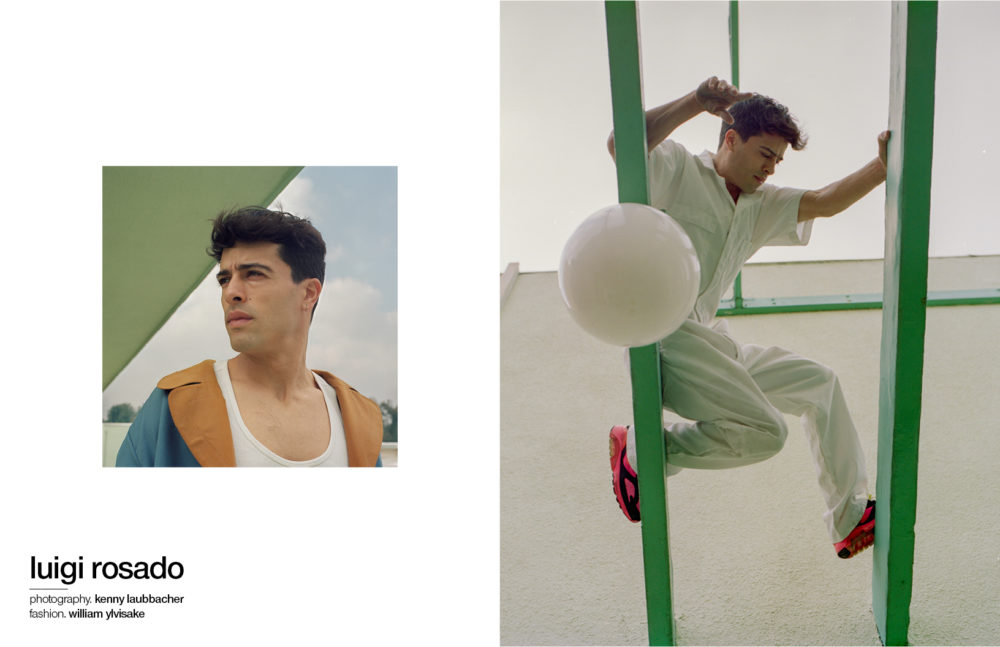 Luigi Rosado sees the world as a playground and soon, he’ll be its king. The B-boy and actor has gone from dancing on the streets to making moves in world tours with Justin Bieber and featuring in major motion pictures like Step Up 2: The Streets. 2020 was set to continue his winning streak; but like many in these peculiar times, his career has temporarily been put on hold. Bieber’s Changes World Tour has been postponed, and In The Heights won’t be released until summer 2021. But that hasn’t stopped Rosado from staying active.

The dancer has been keeping his moves sharp, ready to get back to the stage and screen as soon as opportunities allow. While he’s in this period of career rest, Rosado spoke to Schön! about his history of B-boying, his brush with acting fame in In The Heights and how he prepares for world tours.

How did you first start B-boying?

I’ve always been a pretty active kid. I would flip off cars and do all kinds of backyard stunts. I needed something to channel all this energy — my mother signed me up for sports, but it wasn’t enough. I started getting into trouble. One day we went to church, I guess it was a special night or something, but there was a breakdancing performance and my church was starting an open practice spot on Thursdays. It didn’t last long, but it was enough for me to get started. Later I found out there were dancers at my high school, then I found out there was an actual scene and community. Since then I’ve never looked back. I knew then that this was what I was supposed to be doing.

In those early days, who were some people you looked to for inspiration? What about them inspired you most?

I started before YouTube, so many of my inspirations were local crews and kids in Florida. I looked up to Skill Methodz, Flipside Kings… What inspired me was the confidence, the way they approached the dance, and their fashion. They were perfect examples of the B-boy lifestyle. As I matured, I started learning the foundation, the history of the dance and started getting inspiration from early pioneers like Crazy Legs, Float, and Ken Swift. 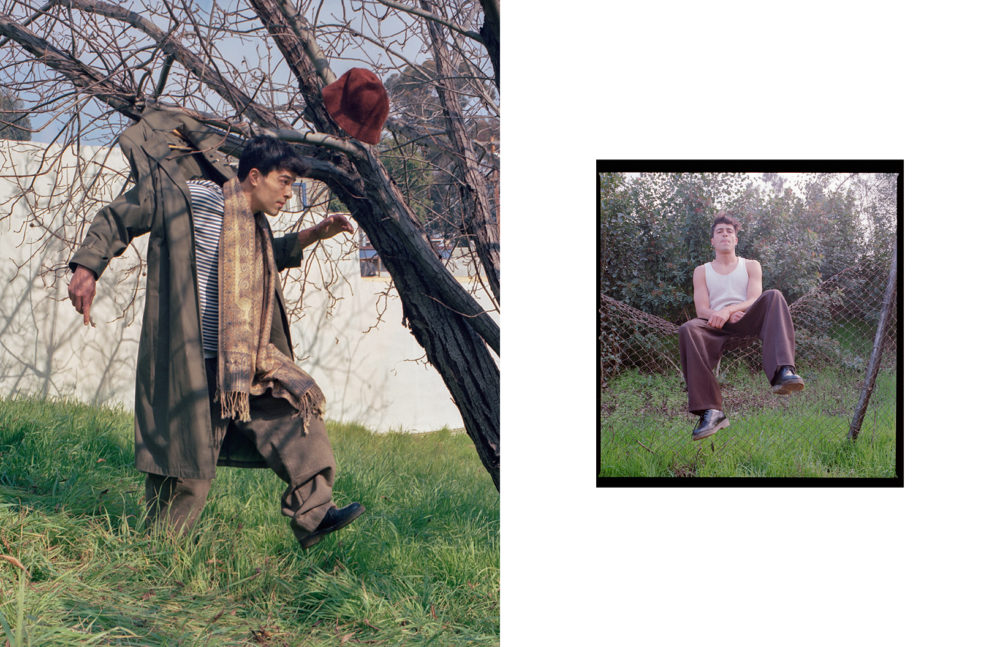 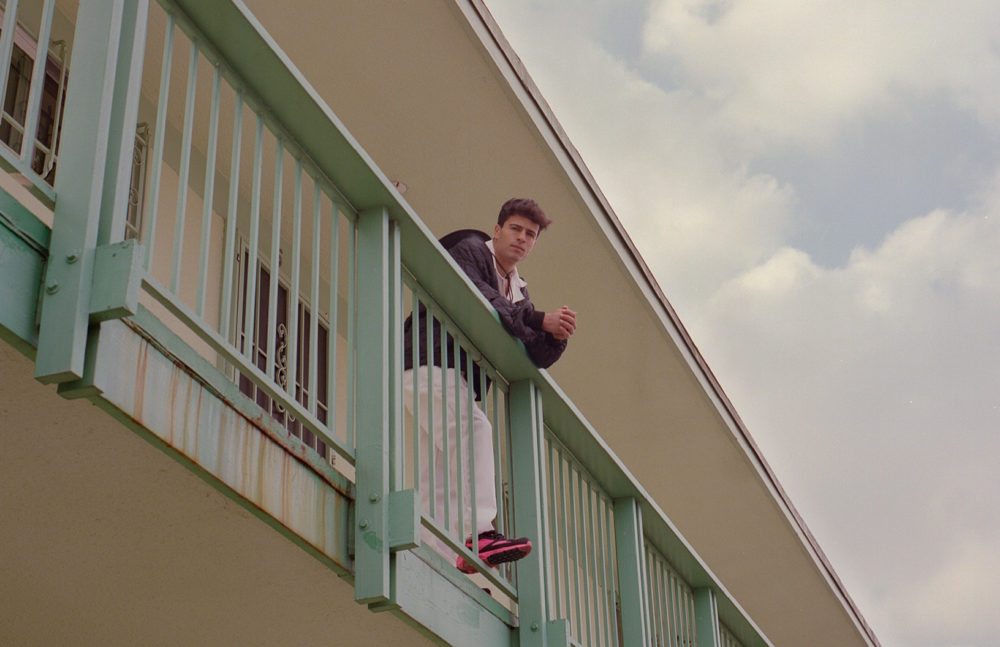 You’ve toured with some incredible artists. Tell us what you love and miss about being on the road during these times of quarantine.

I’ve been on a couple of tours, but the only worth mentioning is Justin Bieber. I did the Purpose World Tour, and that was one of the best experiences of my life. I got to see the world and perform for some of the best fans in the industry. It was insane. Being in quarantine is the complete opposite of that, but it’s all good. We all need to self reflect and connect to what is really important in our lives, like family. I’m sure the planet needs replenishing as well, and hopefully, we get through this and get back to doing what we love.

Months of work depending on the size, but we rehearse nine hours every day then go straight into production rehearsal. That’s where you rehearse on the actual stage with lifts and toasters. It’s a lot of information and it changes every day, but eventually it turns into a well-oiled machine. 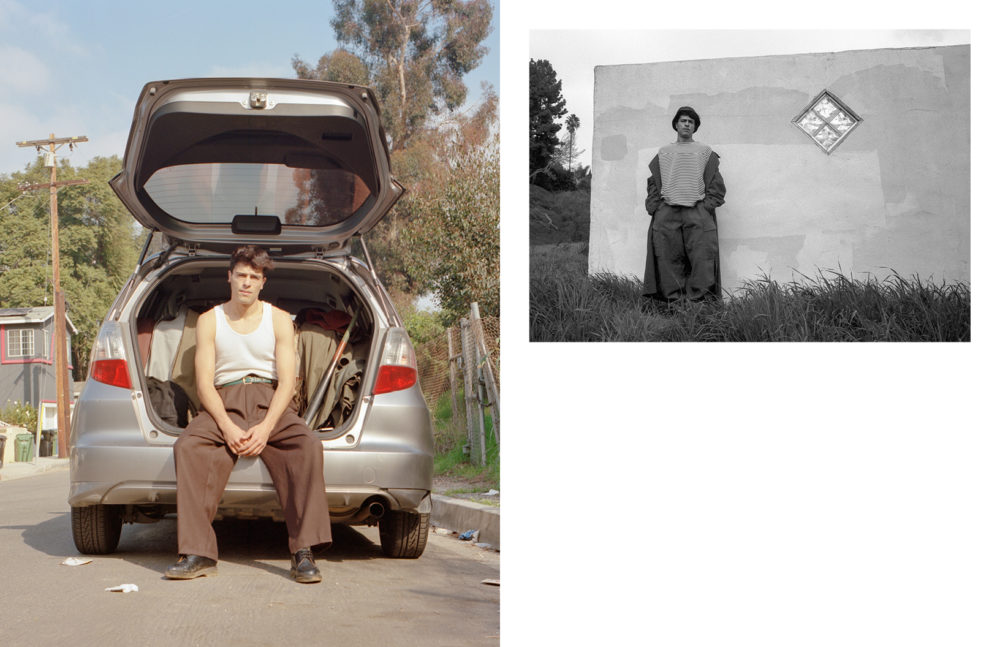 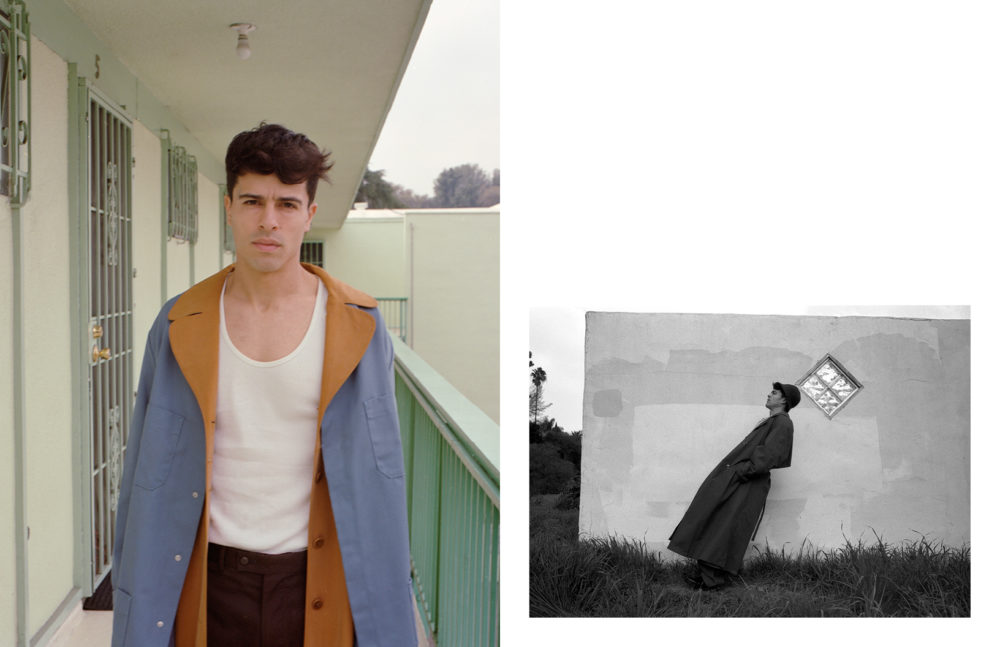 You’re also working on In The Heights. How did you get involved with that?

Well it helps when you’re friends with the director. Also I’m Puerto Rican. I mean, I still had to audition, but Jon Chu and I go back since Step Up 2: The Streets and we’ve worked together ever since. I’ve seen how he’s elevated and brought attention to the Asian community, and I know he will kill it for the Latinx community

What did you do to prepare for In The Heights?

I knew this movie was going to be special so I wanted to be more involved — not just dancing. I wanted a role in the film. ITH is a Broadway musical, so I read the play and listened to the soundtrack almost every day. Luckily my sister is a singer and a big fan of Lin and ITH, so she basically coached me and schooled me on everything I needed to know. Eventually my manager got me to read for Graffiti Pete! I was so stoked because he is one of the leads, and — most importantly — he doesn’t sing too much [laughs]. I flew to NY to audition. I was so prepared. I felt I nailed the acting part, but when it came to the rapping, I wasn’t used to the live piano track. I went down in flames [laughs]. It was awkward. I was close, though! I’m happy I made it that far. I’m still a featured dancer and I have some cool moments for sure. I’m just happy and proud to be a part of this film. I can’t wait for everyone to see it.

What was your favourite moment from working on the film?

I would have to say the best part of working on the film was being in New York for the whole summer filming in Washington Heights. The people, the food were amazing. The community was and is such a big part of the film.

Is there a scene or dance from the film that you are most excited for audiences to see? 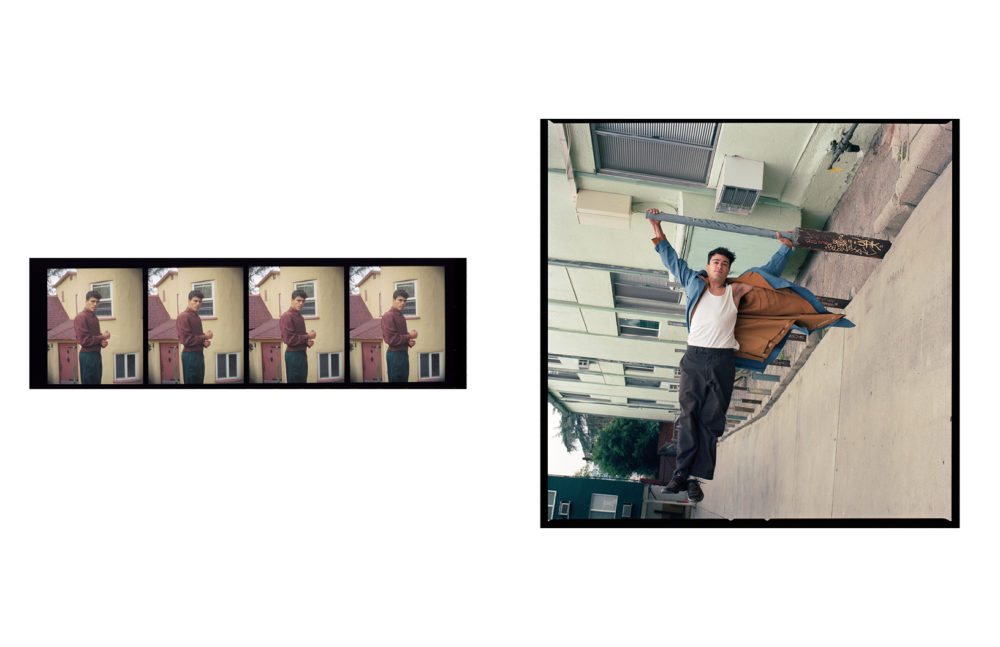 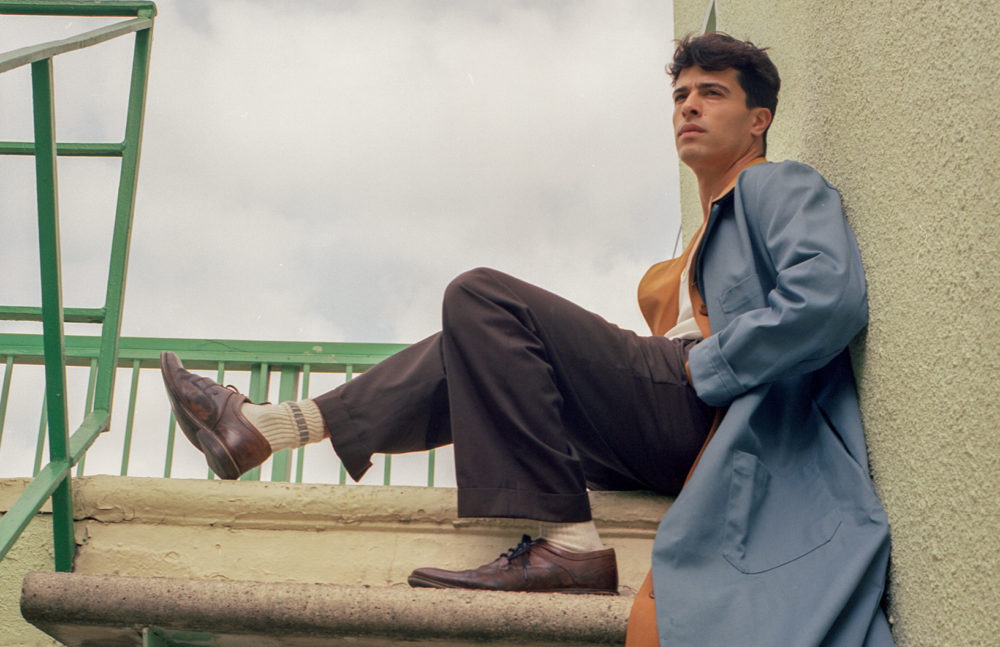 Besides B-boying, what else do you do in your free time?

B-boying is what I do all the time. I don’t really know anything else. But in my free time when I’m not dancing, I’m mostly likely watching movies, both old and new. Living in Cali I picked up surfing, camping and acting, and I love street performing in Santa Monica.

I can’t wait to get back to finishing the Changes World Tour with JB and for the new release dates for ITH. This is temporary, and I hope we get through this and come out better than before. 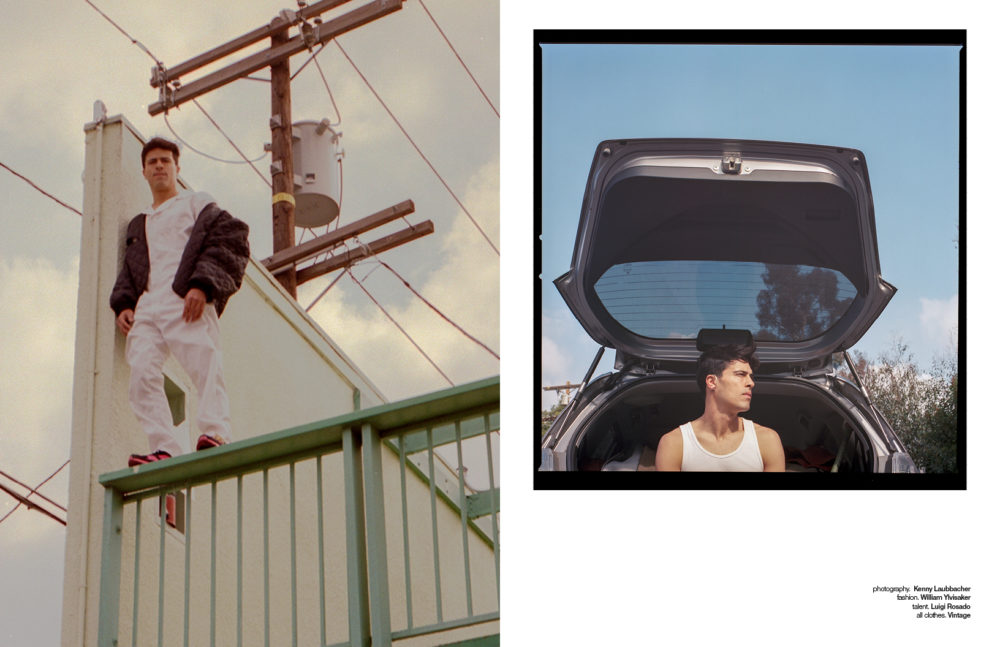