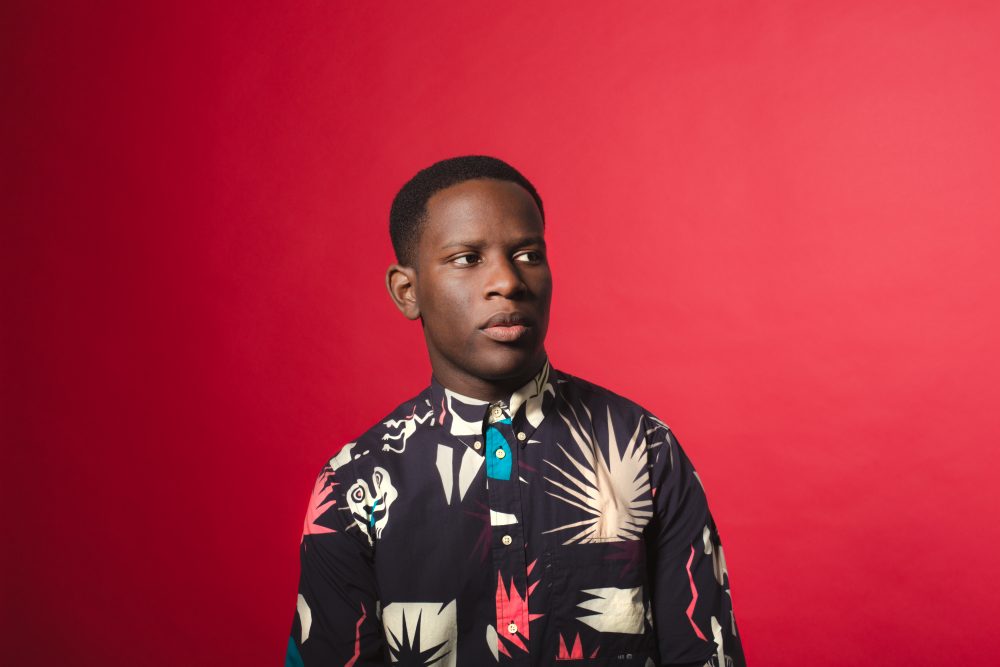 An artist who rarely delivers the expected, Love Ssega is an individual who is certainly not afraid to experiment with music or visuals. With a singular artistic vision, Love Ssega creates music which both excites and surprises. The Londoner, who first garnered attention with the Clean Bandit track Mozart’s House, briefly left music to finish his PhD in laser science. Since returning with debut EP Minds at the end of 2015, he has been entirely focused on his solo career. His remarkable ambition and desire to experiment are manifest on second EP Emancipation! where upbeat pop melodies combine with a more lyrical sensibility. Bang on target for the release of Emancipation! this Friday, Schön! sits down with the singer to talk about musical influences, songwriting and the importance of live music.

When did your interest in making music begin?

I learnt a couple of instruments when I was younger, as my parents wanted us to have that opportunity. I didn’t realise at the time but I guess the best thing is to give a kid a stage and see whether they like it or not. At some point you want to stop rote learning and make something of your own. Learning could be seen as the ability to imitate an idea or action, but innovating is then adding your own touch. When you see yourself improving then that’s what drives you on to create more. It’s a weird sensation, but when you love something, nothing is going to hold you back. You just keep creating.

Your beginning was with Clean Bandit — what did that teach you about where you wanted to take your music?

I was writing music before Clean Bandit, so I guess that’s why they wanted me to create the band with them. It was a bit more left-field at first and it worked, got them a record deal. Those early songs are still in the set alongside their big hits, so that’s not bad. Also, whenever I’d do anything with them they just let me do what I want. It showed me [that] I can make a weirder pop track that will still get played globally and connect live with big crowds. They get to work with big stars now and luckily I get to make my own lane. It’s great that everyone wins.

You got a lot of your musical influence from your Dad’s vinyl collection — which artists had the biggest influence?

It’s the aesthetic of the artists from the ‘60s, ‘70s, and ‘80s. You can see the care they took in the artwork, and presentation of the music, there is a cohesion to it. It was all about standing out, both visually and musically – think Isaac Hayes and Nina Simone. Even up until the late 90s when I started buying my own records it was like that, Outkast weren’t like A Tribe Called Quest or Wu-Tang [Clan], who had about 9 different personalities in that group alone. Back to my Dad’s vinyls, I have to say Parliament and everything George Clinton made a strong impression. They [Parliament] didn’t just name their album Mothership Connection, they went out and toured a full-scale spaceship with pyrotechnics for $275,000 in the 1970s. I don’t have that sort of budget even now, but they must have started somewhere. So I keep dreaming big.

How did growing up in London influence your music?

I can talk about the clubs, pirate radio stations and the usual, but anyone who’s been in London for 2 minutes could probably say the same. The main thing I’d say is my exposure to all different types of people that live in my city. People slag off multiculturalism, but then I wonder how do they survive when they go on holiday? Do they just take British people and British food supplies with them? Or maybe they want to stay in one place with one view.

The flip argument is ‘Why are people coming over here?’ Well I’ve got a deeper answer to that, but surely if somewhere was really great you’d want people to see it as great and then come and add to the greatness. London makes you confront these big questions and forces people together, to live and share experiences and music is no different. It’s special here. Wizkid was coming to London way before Drake gave him a co-sign. Protoje and Chronixx have all toured for a number of years, even Jay Z has a MOBO Award from way back in 1999, which he collected in London. And let’s not forget how Jimi Hendrix came to London then left a star. In London you have to relate to people and that’s the biggest help. And we need empathy more than ever now. 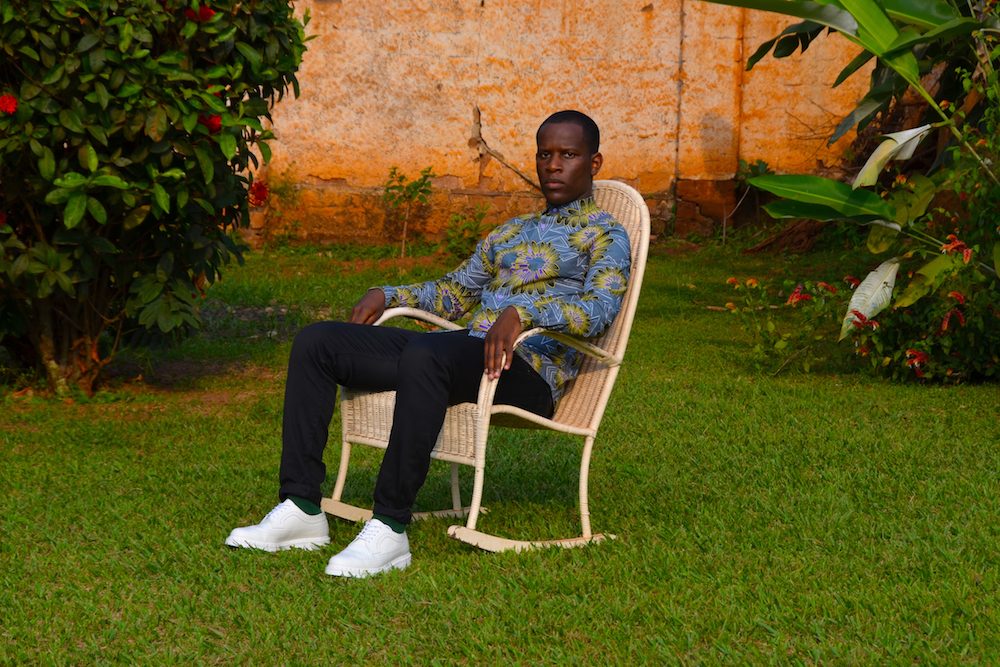 What music influenced your EP Emancipation!?

Music that gave me strong emotional feelings. That could be The Bulgarian State Radio & Television Female Choir’s Le Mystère Des Voix Bulgares for the vocal textures, to Dead Prez Let’s Get Free for the rawness of lyrics and sharpness of message. I wanted to experiment a bit with this EP and throw out contemplative ideas that I might expand in future releases. But then the other side owes itself to music like Cut Copy (who, by the way, I’m glad are coming back now) specifically Lights & Music (Boys Noize Happy Birthday Remix). That song puts me in such a good mood and to be honest, my live show is along those lines. I want it to be fun. That’s why I end the EP with Hot Electrolytes as overall we should all spread positivity, no matter how hard it is out here.

The word ‘emancipation’ has political, emotional and cultural charge – what does the EP’s title represent for you?

It’s funny because I think the title of this EP has evolved due to the crazy times right now in particular. However, there is a simpler notion behind it – my first EP was called Minds after all. Tie that in with one of my favourite lyrics from [Bob Marley’s 1980 single] Redemption Song — “Emancipate yourself from mental slavery” — and then you’ll have my starting point, without giving too much away. This EP is to challenge myself first more than anyone else.

Now having said all that, I do think we need to be political, feel emotional and [feel] the weight of culture because these political voices can’t just be stopped with a Kumbaya. I’m not going to preach to anyone, but listen to my lyrics and you can see what I’m on about. Even Crazy Deluded.

What were your ambitions when creating Crazy Deluded?

I just wanted that video to look beautiful and expansive, so I went to the best videographers I know — my friends Anya & Dasha [Anna Patarakina & Daria Geller]. I back my friends 100% and I think these two in particular will be shooting mega budget films in the future — Daria was already nominated for Berlin Fashion Film Festival.

Also, it was shot in Sweden, graded in Moscow and then approved in London. I’m proud of this video as it was all in-house with my two friends at Family Crew. We’re quietly building our own little empires so it’s a beautiful thing. No 20-man board meetings, just bold ideas, jump on a plane anywhere in the world and shoot and done. That’s the now and the future. No matter how many borders other people try to build, we’ll keep collaborating and creating faster than morally impotent goons can erect them.

Where do you find your main inspiration?

It has to be what’s going on around me. And believe it or not, I do have a lot to say, I just don’t blurt it all on social media, because just like a gymnast saves their best routines for the Olympics, I think I should save my best thoughts for my music and art. In terms of getting inspiration, that’s not hard. The rapper Vic Mensa recently had an EP titled There’s Alot Going On and I can’t argue with that. And for people my age in the UK, there’s a lot going on and not many talking about it. Whenever I’m in Uganda for instance I always read the local news and regional [news] too, to see what is happening on the ground from Kenya down to South Africa.

Songwriting is obviously an important part of your process — how do you go about writing?

I think songwriting is trying to tell a story. I just try and first reflect on what I want to say and how best to say it. As a singer, I try and look to the classical singer-songwriters but then think how I can add the verbal elasticity of some of my favourite ‘90s rappers. I think rappers don’t get a high praise for their songwriting, but if you look at their use of cadence, imagery and [their] delivery of words, then they really should. They don’t just rhyme club with love. For me, I just happen to be a sucker for melody and pop hooks which is why I guess I’ll always be a singer. But in my mind a singer who [is] sometimes a bit looser on convention, like Gil Scott-Heron or Tom Waits.

Your background is anchored in academics as well — how does that link into your music?

Academia is only worthwhile when it connects, otherwise it’s just a concentration of knowledge and smug backslapping, like anything else. So really the goal is to simply make thoughts, ideas and understanding more accessible. I don’t think that’s too dissimilar to music or any other art. Why separate Michelangelo’s anatomical drawings from his sculptures? That’s just marketing if you think about it. Descartes originally wrote ‘I think, therefore I am’ in French rather than Latin to reach a wider audience. Quelle surprise — it’s not rocket science. 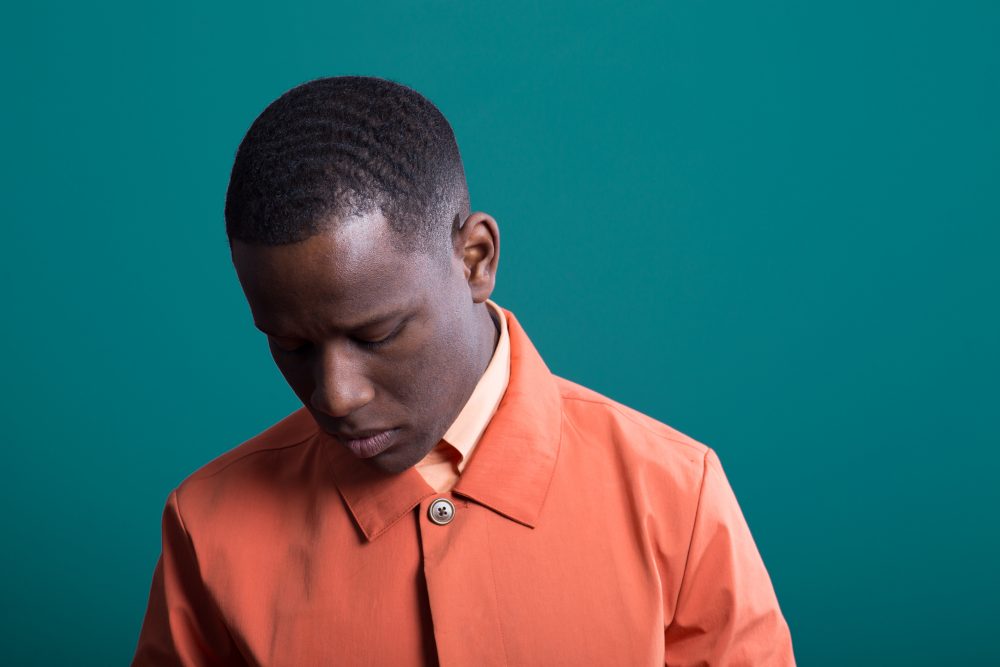 Having a complete live band is important to you — do you think the music scene is too digitalised today?

Yes, to put it bluntly. Digitalisation and technology is great, but any business, scene or industry that doesn’t diversify is doomed to fail. We need “Playlist-friendly” artists, as much as we need acts that can headline live festivals with live musicians. I’m not saying they can’t be one and the same, but a quick look at festival headliners would suggest they are not. I know quite a few musicians and frankly there aren’t enough bands to play for regularly, so it’s almost like an act of rebellion in playing with a 5-piece even if I’m doing a small London pub gig. Just look more broadly, print magazines fell with digital, but now they are rising. Film didn’t kill off theatre, but maybe that’s because theatre fought to keep its place. Live music and the music industry as a whole has to think about what it wants. I don’t think heritage acts at high prices can paper the cracks for too long. Ultimately people can do whatever they want, but I make music to play it live. Simple as that.

The freedom to make more music and now also the small creative connections to make my visual side come to life. It’s cool because my music is getting attention, so it shows that if you stick to your principles and vision, people will notice. I’m now fully surrounded by good people who believe in the cause. Best review I had from the Crazy Deluded video was from my photographer Ben Millar Cole who said I looked relaxed and that I was having fun. That’s all we can do, as I want to bring fun into other people’s lives too. And luckily this EP and [the] live shows coming up [will] help me do that.

Emancipation! is out today and available here.