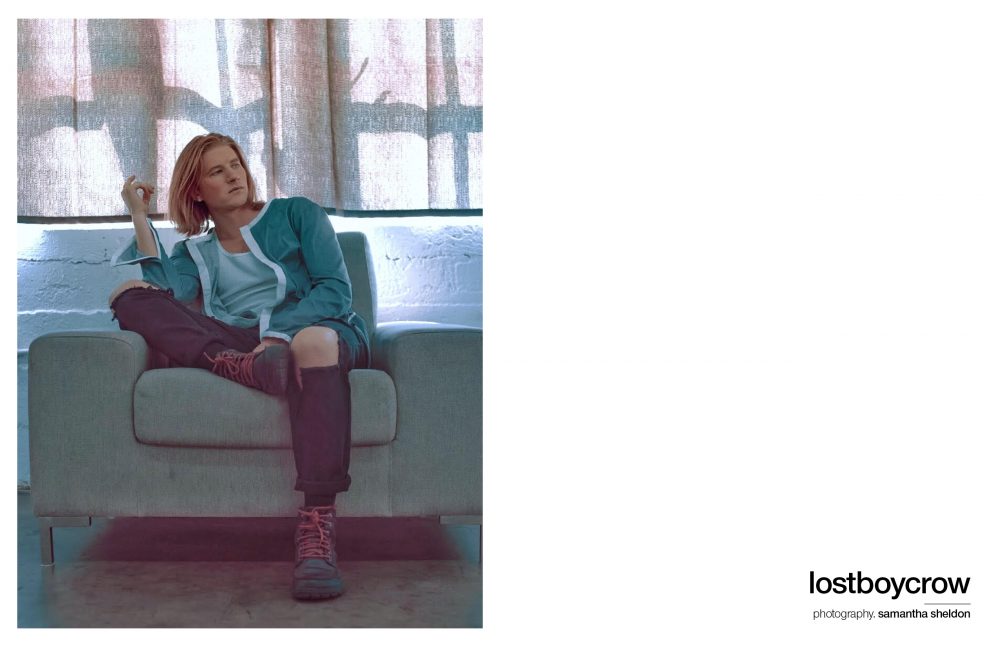 Lostboycrow is lost no more. Emerging from the chaos of the extended release and tour for his Traveler series, Lostboycrow feels comfortable to finally settle — at least in some sense of the word. Santa Fe, his latest endeavour, commands a renewed spirit – it’s a metered, warmer, unified artistic expression from a soul free to say what it wants. “[It was] much more intentional from the start – setting out to make a specific album in a specific place with the same people and instruments and sounds,” the artist himself proclaims.

Lostboycrow’s real name is Chris Blair, though this is only a recent revelation. Up until the release of Santa Fe, a palpable mystery surrounded his figure, creating a distance between music and personality that Blair says is no longer necessary. “I think a lot of the Santa Fe album was about reconnecting with a lot of who and where I’ve come from. The deeper I dove into [it] the less precious I’ve become about the mysticism of ‘lostboycrow’ and much more interested in that sincerity of who I am and where I’ve come from,” says Blair, now comfortable using his own name again. “I’m Chris, and I’m just grateful to be playing and making music with the wonderful humans in my life and on that stage with me.”

Though it might look like it, Santa Fe, New Mexico, is not Blair’s home turf. Blair was born in Portland, Oregon, though since his youth he was beckoned by the siren song of Los Angeles. The big city eventually succeeded in its call, drawing Blair to make it his home in 2014. But even with the endless possibilities that L.A. provides, Blair knew that this album would require a change of environment. “I wanted to write from a fresh vantage point while operating in the company of my friends and the familiar landscape of Enchantment, New Mexico. Albuquerque had become a second home for me while on the road in years prior – a place with wonderful people who supported my art before really anyone else, outside of family and old friends, had,” Blair explains. “Santa Fe just seemed like a long overdue trip that, in early January, would provide the perfect storm of seclusion, snowfall and sunlight.” 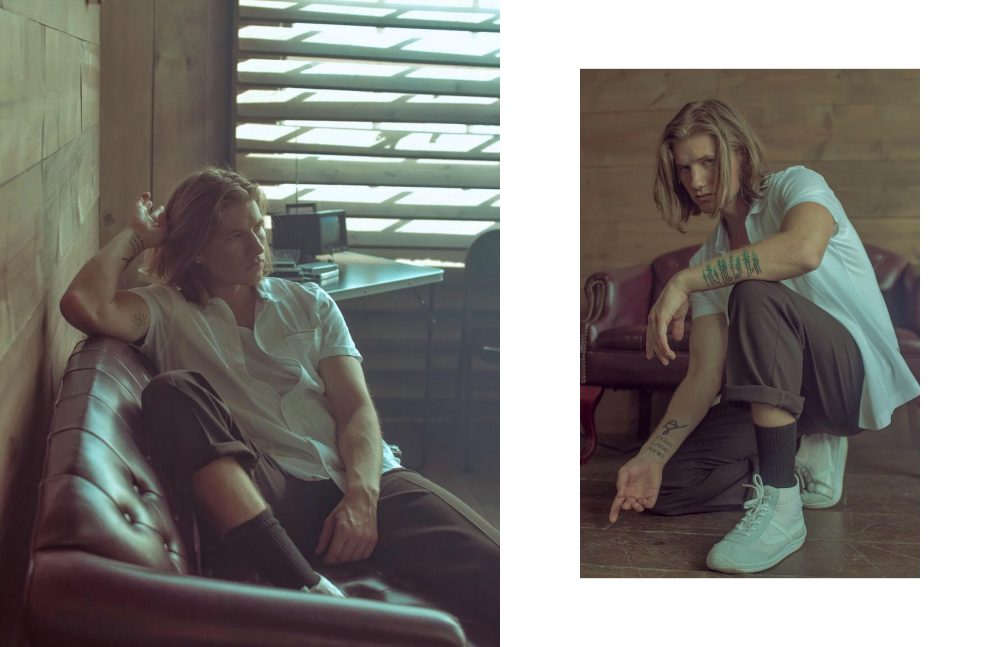 Music “was always in my bones,” Blair notes. “I remember my friend Andrew teaching me ‘Smells Like Teen Spirit’ on the piano probably sometime in the fourth grade, my friend Justin showing me Journey — and making me want to be a singer—, jamming with Kyle Hill —now drummer of Flor— and really recording for the first time together.”

These experiences were formative, and to this day the range of influences Blair was exposed to in his earlier years can be heard in his work. Santa Fe was produced primarily by Cody Tarpley, known for his work with artists like Krewella, SoMo, Zhavia and others. Meeting Tarpley was a blessing when it came to the formation of Santa Fe, remembers Blair. “Cody and I connected through our mutual manager when we both first moved to L.A. He has always been extremely gifted in listening and seeing and truly feeling the vision — I’ve never met anyone like him. He’s totally open and his creativity extends far beyond just trying to make music, but furthering awareness of self and constantly learning.” Blair is truly appreciative, “that’s the best type of human and that’s going to result in the sincerest art.”

The album, which is available for streaming now, holds an undeniable sincerity, dealing with issues ranging in scale from his personal life to relationships to the state of the world at large. Unlike Traveler, which told a planned narrative over the course of three EPs, Santa Fe’s story as much as it exists came naturally. Referring to the themes of the album, he casually states that they “just sort of surfaced themselves during the process.” 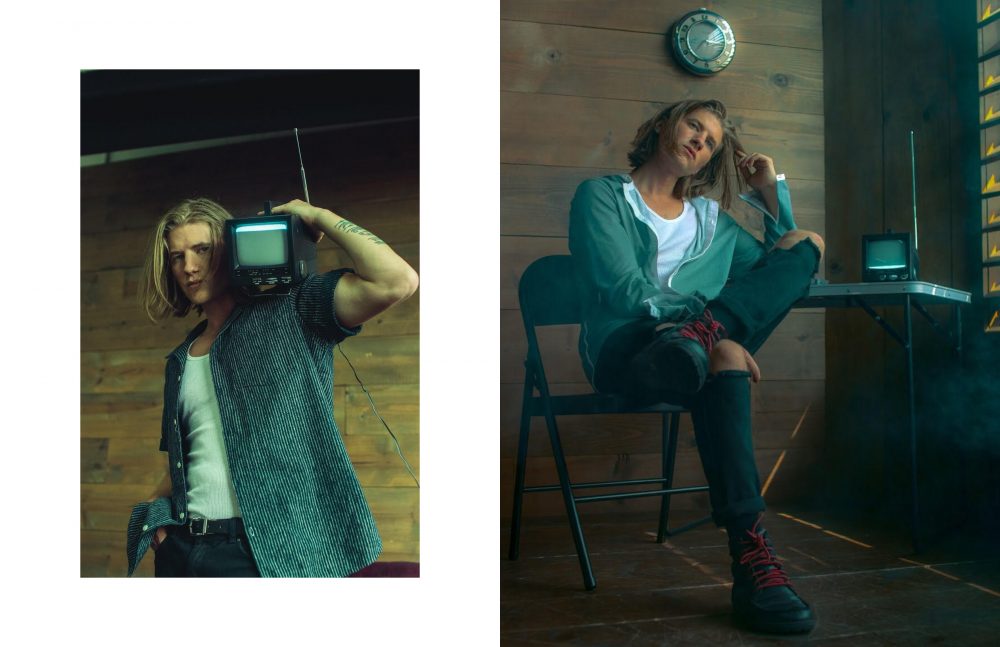 Santa Fe’s image-crafting and casual theatrics shouldn’t come as a surprise given Blair’s interest in film and theatre — one of the most memorable moments of his personal musical history was a potentially-prophetic high school performance of the song “Santa Fe” from the show Newsies.

Since then, an interest in theatre and film has followed Blair, informing the character of Lostboycrow. He effortlessly rattles off some recent favourites: “I finally saw Wicked at the Pantages and it was everything I’d hoped and more. I also thought Vanessa Hudgens was brilliant in Rent Live.” TV series are also of interest – he names Barry, Killing Eve, and Detectorists as recent shows of note – but time on the road often does not allow for that. “The road is honestly just a lot of sitting in a car listening to music, which I’ve always been a sucker for, and Lord knows I get plenty of practice living in L.A.” Because of this, staying active, healthy and grounded is an absolute tour necessity, emphasises Blair.

Even with its personal depth, Santa Fe is undeniably accessible, packed front-to-back with everything from danceable grooves to moody ballads. From Blair’s perspective, the takeaway for listeners is simple: “gratitude for where you are and how you came to be there.”

Lostboycrow’s ‘Santa Fe’ is available now. Listen to it here.