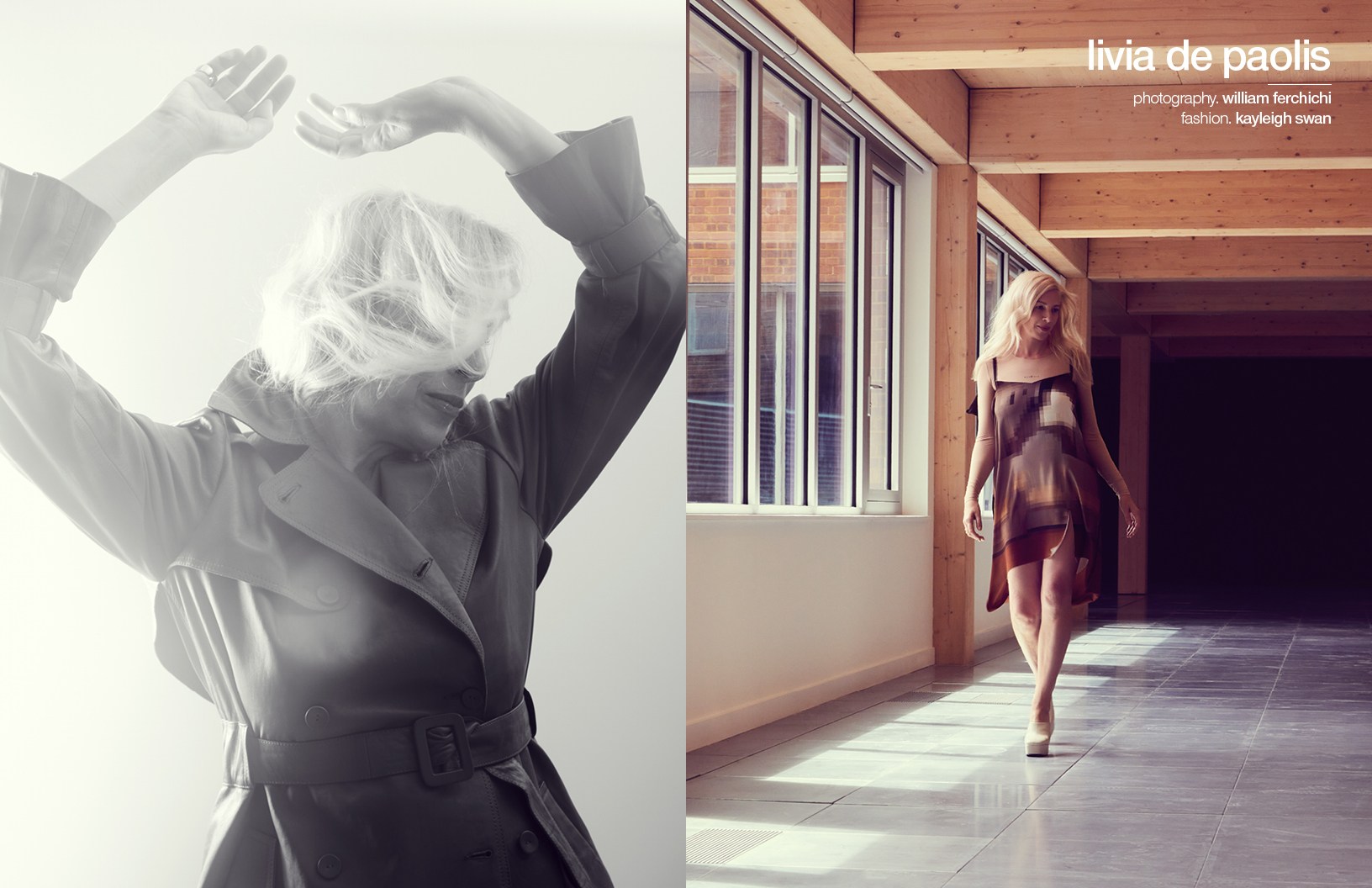 Italian-American actress Livia De Paolis is a force to be reckoned with. In addition to acting, Paolis is a true multi-hyphenate; obsessed with immersing herself into every aspect of filmmaking as she produces and directs as well. To put it bluntly: Paolis is someone who embodies what it means to be a film lover.

Paolis’ latest project is The Lost Girls, a film adaptation of the 2001 novel that was initially inspired by the classic tale of Peter Pan everyone thinks they are familiar with. In The Lost Girls, Paolis zeroes in on what it means to be a daughter, a mother, and a woman in a world where so many give up their dreams and desires to benefit a patriarchal society. In the film, Paolis wears three hats — director, producer, and screenwriter — ensuring that her fingertips and influence are all over the film. The film’s themes, which explore trauma and family, are some that required a deft touch while still highlighting the issues of the original classic tale which was drenched in romanticism.

Schön! chats with Paolis about her latest project, what it means to revisit a classic story and turn it on its head and more.

This film is very much a feminist retelling. It follows four generations of Darling women, so it’s a mixture of a coming-of-age story while also honouring the lives of women. Did you think about your relationships with other women — their dreams and desires that are sometimes thwarted by men — while making it?

Definitely. When I first read the novel by Laurie Fox I started to re-examine my past relationships with the young men I had dated and was dating at the time and realized how none of those relationships had been based on a real sense of equality. That kind of shifted my perspective on men and on how I wanted to relate to them. During the process of writing the script, I then started re-examining my relationship with my mother and her own relationships both with men and with her own mother. I had to consider how my Italian grandmother lived the majority of her life in a country where women were not allowed to vote and my own mother was also born in a country where women were not allowed to vote.

While none of the women in my family were feminists, I am sure that living is such strong patriarchal culture must have inevitably determined a lot of their choices and probably also their sense of worth. I can say that in the writing of this film I definitely understood some of my mother’s choices much better and I also kind of understood some of my own choices from a different perspective. The process of re-examining my own female lineage has been a wondrous journey, it’s been essential in my own development as a woman and I hope the film will inspire other women to do the same – to look at their mothers and grandmothers and see what’s been passed on and how the women they are today are intertwined in different ways to the women that have come before them and also will be inevitably intertwined with the future generations.

The themes that are explored throughout the film are trauma, imagination versus reality, and coming of age. What was it like to explore those on-screen?

As the protagonist’s quest is primarily internal, one of the great challenges of the movie is to picture her inner feelings through images, as in a dream, in the aim to bring the audience into that other dimension where we can somehow visualize what we cannot see. My effort has been in trying to bring some aspects of the subconscious into a visible form and I think the movie is best received when the audience is able to perceive the metaphorical language I used in the film, of which the actual Peter Pan story offers such rich territory. This approach was very clear to me from the beginning and it was amazing to work with these ideas both from a technical standpoint and with the actors. 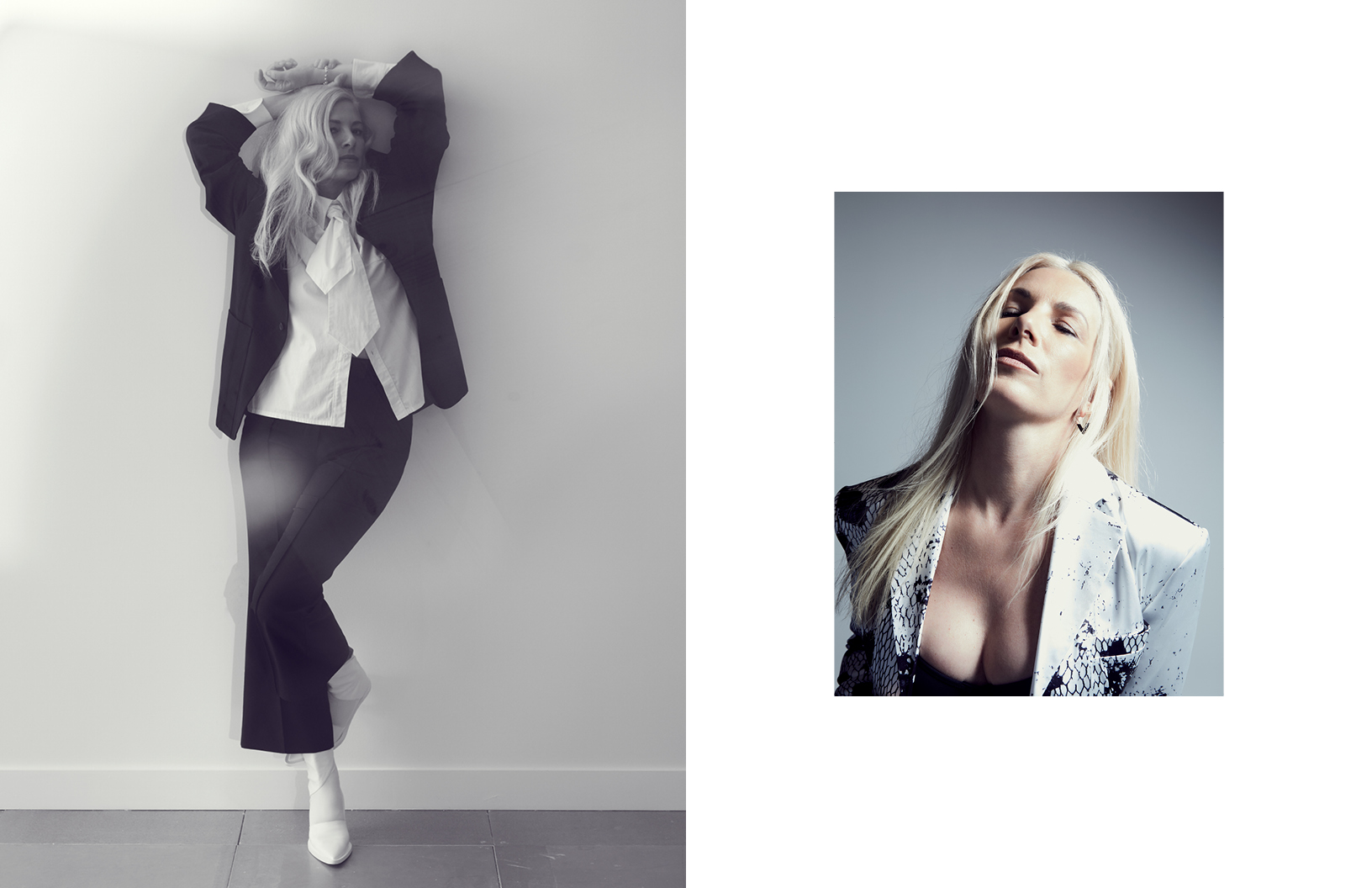 Was there any other media or text outside of J.M Barrie’s book that you read to help flesh out the character and film as a whole?

While writing the script I re-read Bruno Bettelheim’s The Uses of Enchantment: The Meaning and Importance of Fairy Tales, which I had read as a teenager and wanted to revisit. I also re-read The Feminine in Fairy Tales by Marie Louis Von Franz which I had read in my twenties and enjoyed much more the second time around. I then read Women Who Run with Wolves for the very first time while writing the script – a real classic that I look forward to revisiting in a few years. I’m not sure if these books helped much in terms of character development but they kind of helped me immerse myself in a specific way to approach the material which I think is ultimately reflected in the film.

With many versions of ‘Wendy’ in the film, what did you do to flesh them out so they differed from the previous version?

I must credit Laurie Fox for that as in the book she follows not four but five generations of women, each with their own specific quirks so I definitely followed her lead there especially for the characters of Great Nana, played by Vanessa Redgrave and Berry, played by Ella-Rae Smith. The characters I developed a bit differently than they are presented in the book are Wendy as I play the character myself and Jane, which is probably the most elusive of all. I remember having a long talk with Joely Richardson about the character and her scenes and I absolutely love how she brought Jane to life.

This film has darker undertones than what fans of the Disney original are used to. Was that a stylistic choice or something you wanted to do in order to show the story is actually quite sinister?

I think the darker undertones of the Peter Pan story have been explored before me. For instance, even in Finding Neverland the backstory of the Llewelyn’s brothers is clearly offered to show how the power of imagination can really help, especially children, in forgetting for a little bit about the hardships and heartaches of real life. At some point while writing the script and researching the Llewelyn’s brothers I fell into a sort of rabbit hole of very dark Peter Pan backgrounds which I actually decided to get away from as it would have brought the movie in a direction that was not resonating with the themes I wanted to explore – or in other words: it was just too dark for me. The main point that was always clear to me is how the Peter Pan story is centered around the absence of mothers and the themes of abandonment and longing that are associated with that – that was my real starting point for both my Peter and my Wendy, they understand each other and develop a very special bond as they are both kids missing their mom.

If you could give your character a piece of advice from you as Livia, what would it be?

I’d tell her to be kinder to herself as she is doing the best she can and that it really does get better as in fact, it does in the movie. 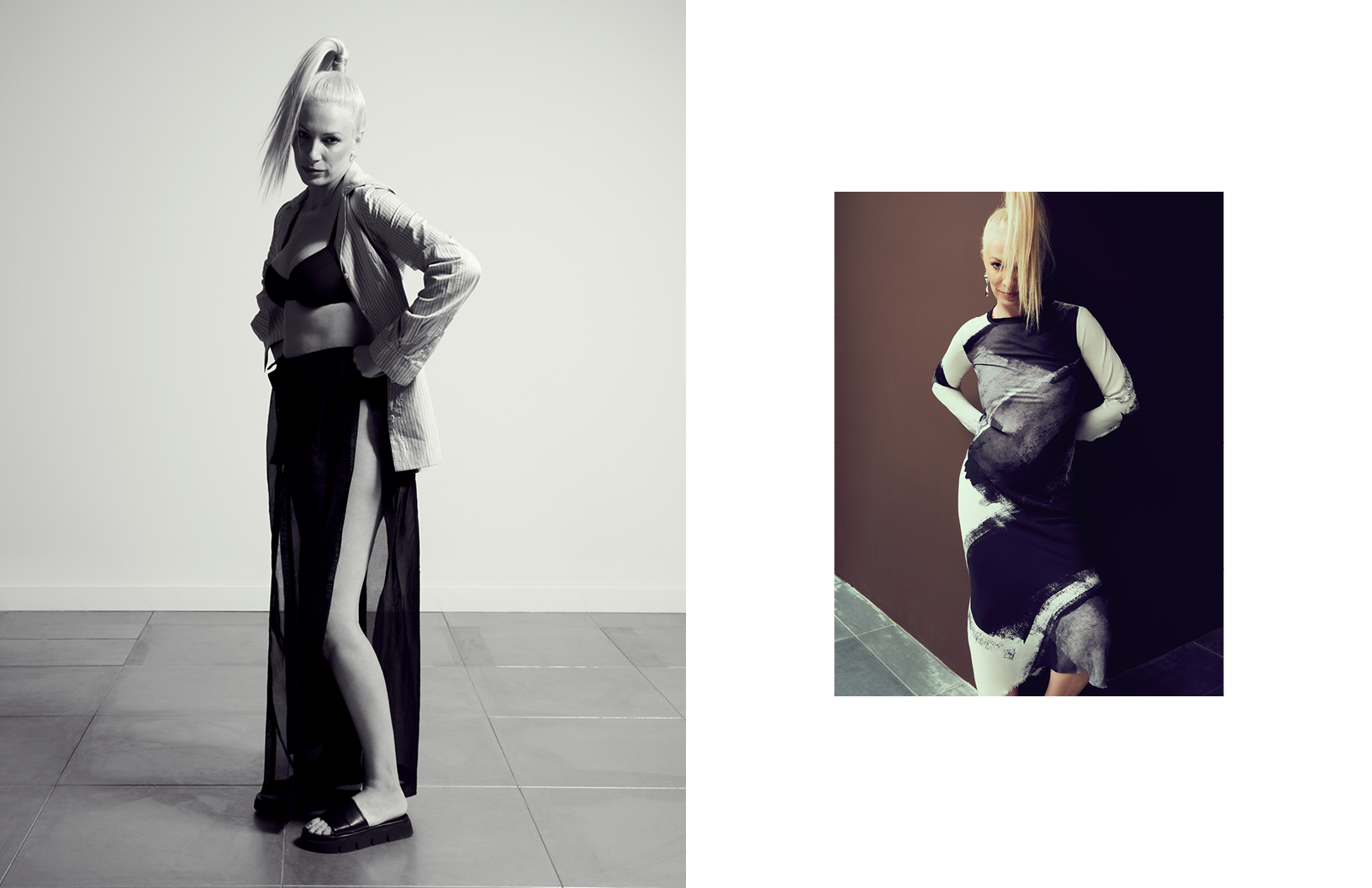 I read the book in 2003 and decided to adapt it in 2015, after my first feature film was distributed I decided to tackle The Lost Girls as my second feature film. I contacted Laurie Fox and we met one fine afternoon in Portland, Oregon and we had a drink and talked about Peter and The Lost Girls and we told each other our own stories and we became friends and I am so grateful that she trusted me with her work. I then started writing the script and that was a long process. While writing I developed the character of Wendy, which I play in the film, experientially in the sense that I would take a few scenes and would bring them into an acting workshop and would basically play them out with other actors and then I would go back and rewrite the script with that experiential knowledge that I had acquired inhabiting the character.

As I mentioned before, the character of Wendy is a bit different then the one written by Laurie and it was complex to write as she is really not a sympathetic character. Funny enough in my first feature the protagonist is also not a really sympathetic character and in a way none of the Darling girls is particularly sympathetic – and that’s because I think I’m interested in characters that could actually be real women and I’m often dissatisfied with the female characters the film industry presents us with. Even when they are “empowered” and cool and played by amazing movie stars I often wonder where the women we see in the movies are and how realistic these characters actually are.

Was there a scene that really resonated with you while writing or filming it?

I must say that while writing the screenplay the scene that moved me the most was when Peter comes back to visit my character. While shooting the scene that excited me the most was when little Wendy is in the park with her father – the flying of that vintage plane worked out so well it was a lot of fun for me to see that scene come alive. And in the editing room, I most enjoyed working on the most bizarre and dreamy sequence of the film, when Hook comes back into my character’s life. I also loved filming the scene with Wendy and Jane at the airport very much. And I must say I could go on and on.

What did you learn about yourself while making The Lost Girls which marks your third directorial film?

I’d say that while making the film I was so immersed in the work and I had basically no time for self-reflection. The degree of daily concentration and even the amount of physical work that making an independent film requires is pretty great and I have been doing more reflections only just more recently. I think making The Lost Girls really was my way of “growing up”. I approached the material in a very artistic and creative way, which was immensely satisfying, and I wasn’t necessarily aware of the social implications of the film and the impact it could have on other women. To see how other women and girls are moved by this film has in a way empowered me as a woman and I am now more consciously committed to continuing to do work that can resonate in this way.

One thing I am reflecting upon now is how ambition and likability are positively correlated for men and negatively correlated for women and what could be done to bring more awareness to this issue which I feel has not been properly considered and ultimately deprives us of the opportunity to have more stories told from a female perspective and also of more women in leadership positions across many different fields.

Lastly, if you could manifest something for yourself this year, what would it be?

The obvious answer is that I’d love to make another film. On a bigger scale, I deeply desire to live in a world where we are all kinder to each other, from the simplest and smallest daily interactions to the way we address and talk about each other, to world peace. Go big or go home. 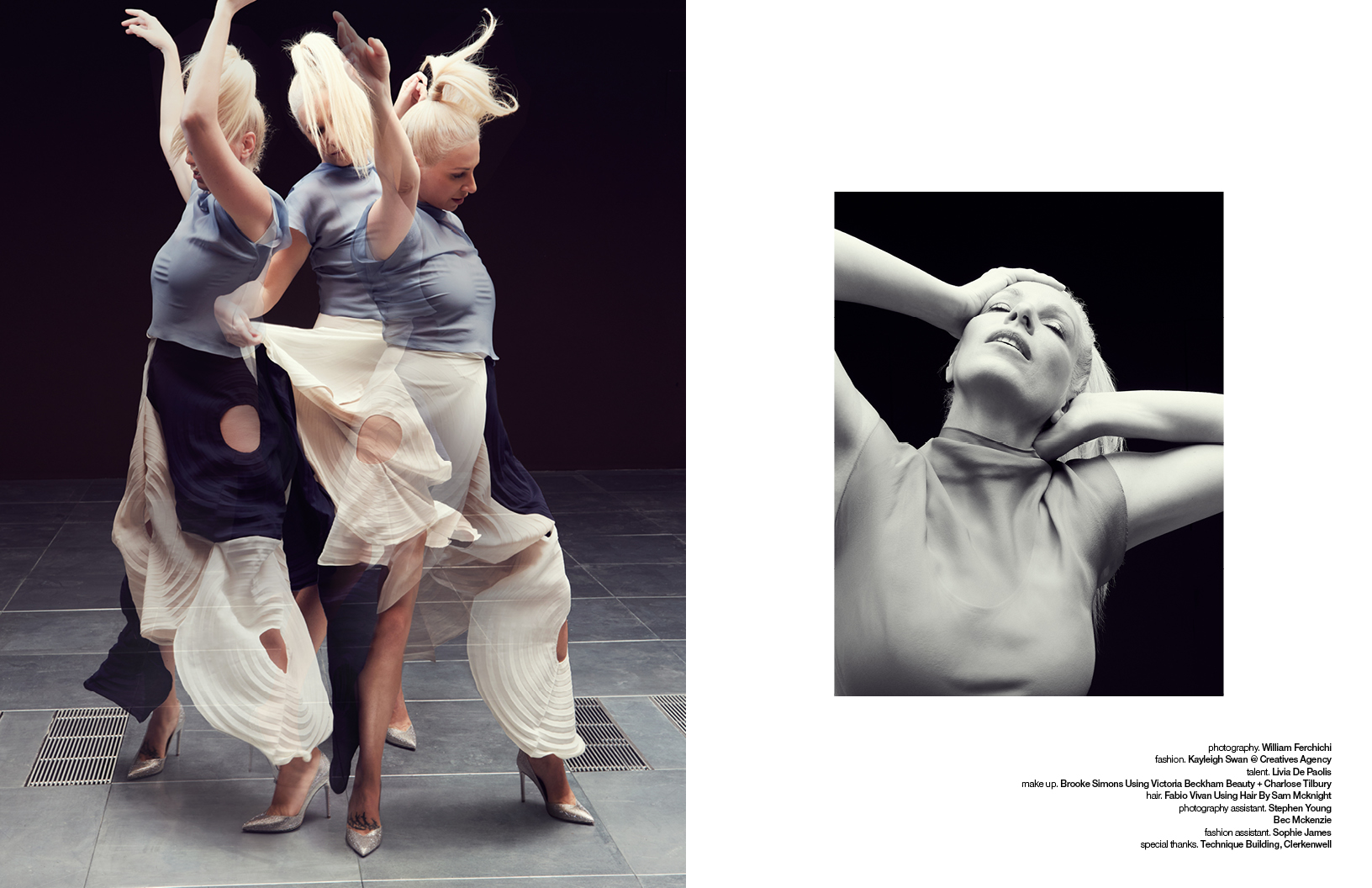 The Lost Girls is streaming now.