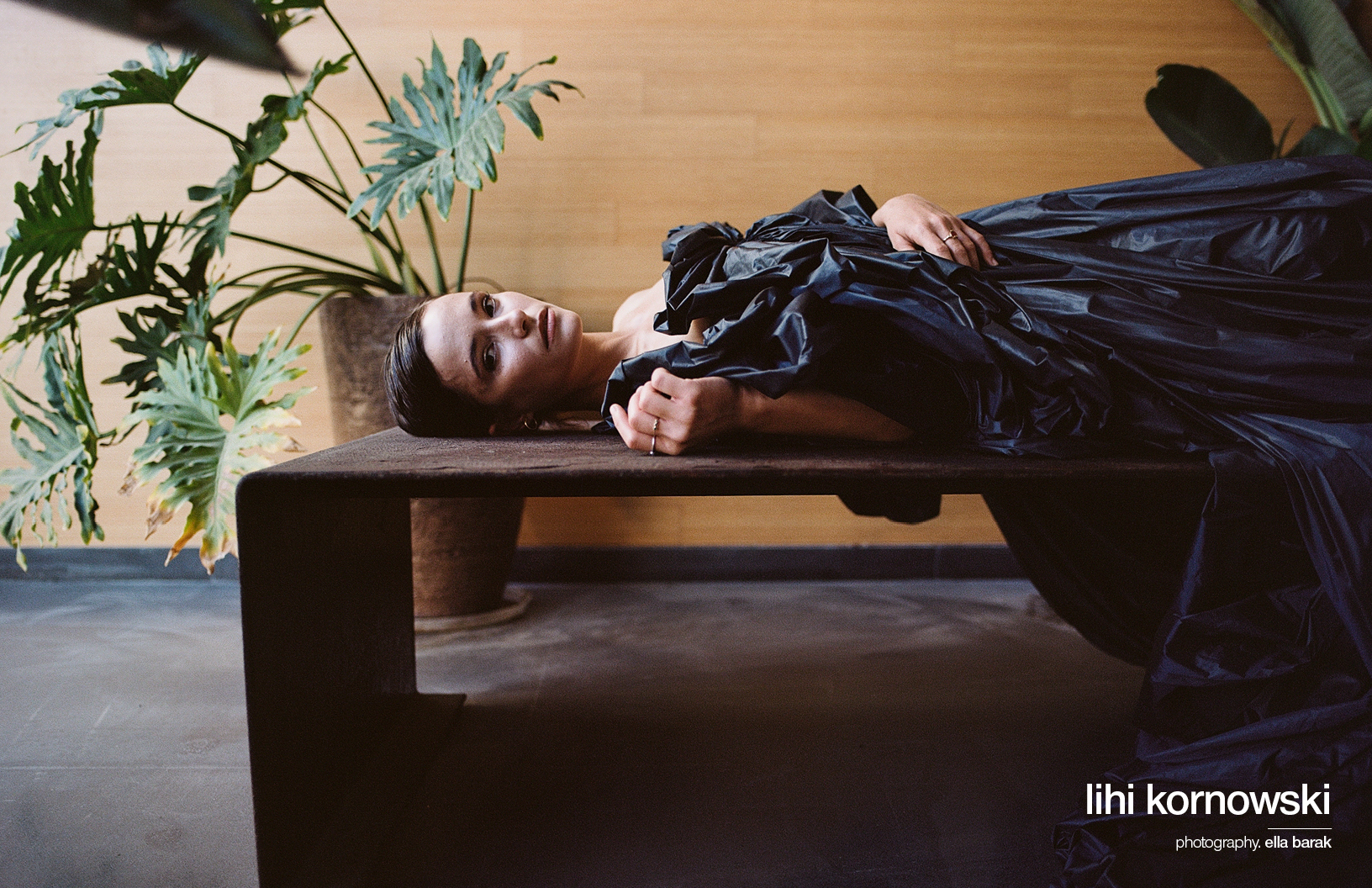 Having fallen in love with acting while drafted into the Israeli army, Lihi Kornowski has taken a fearless approach to her role as the beguiling Sophie in Apple TV+’s hit series, Losing Alice. In the months prior to filming, Kornowski threw herself into the role, exploring every facet of her character’s complex psyche in order to tap into the vulnerability that often lies beneath Sophie’s manipulative behaviour. Not knowing her own character’s fate created a sense of spontaneity as Kornowski followed the twists and turns of her character’s journey in real time.

With the nuanced relationships that women often have with each other along with the universal pressures they face to ‘have it all’ at the fore of the series, Kornowski believes strongly in the responsibility of portraying these narratives on screen. She is hopeful that the international success of Losing Alice is proof that audience’s outlooks are becoming truly global.

Losing Alice has been an international hit. Why do you think it’s captured the attention of such a global audience?

I think we’re in an era where the world is much more open to accepting foreign language films and non-Hollywood works. The world is opening up to new languages, new cultures, and many barriers have been lowered. I’m very lucky to be a part of these times. I also think the series is talking about something very universal – self-realisation. Given the times we’re living in, who cannot connect to that? We’re all in pursuit of something that will make us happy, and I think the pandemic really made this stand out. Suddenly, we all had to stop and think, and recalculate a new route. We’ve had to ask ourselves the hardest questions about ourselves, about all the efforts we put into our daily lives and what we give our souls to. For me, these are the same questions that the series poses. 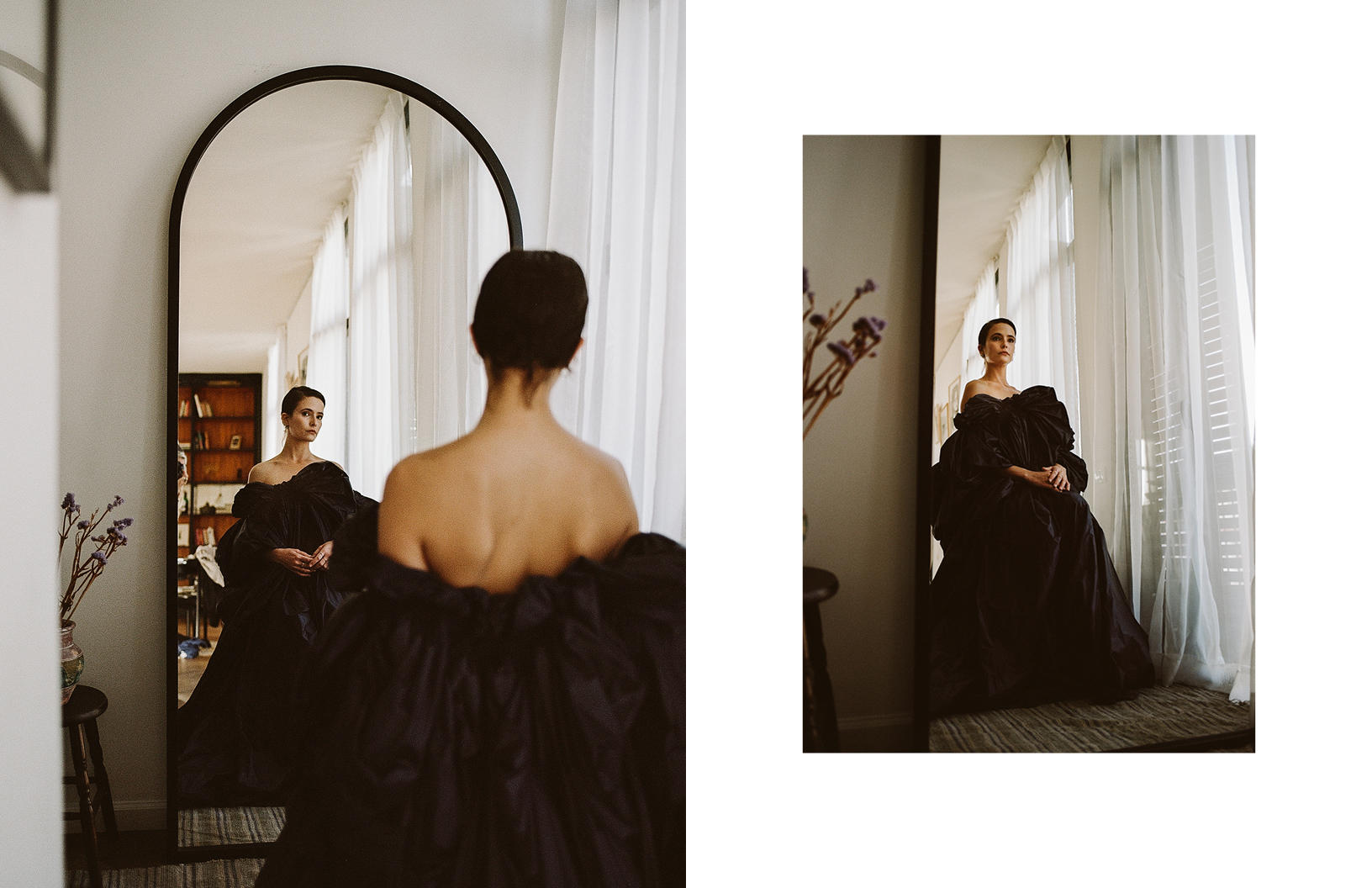 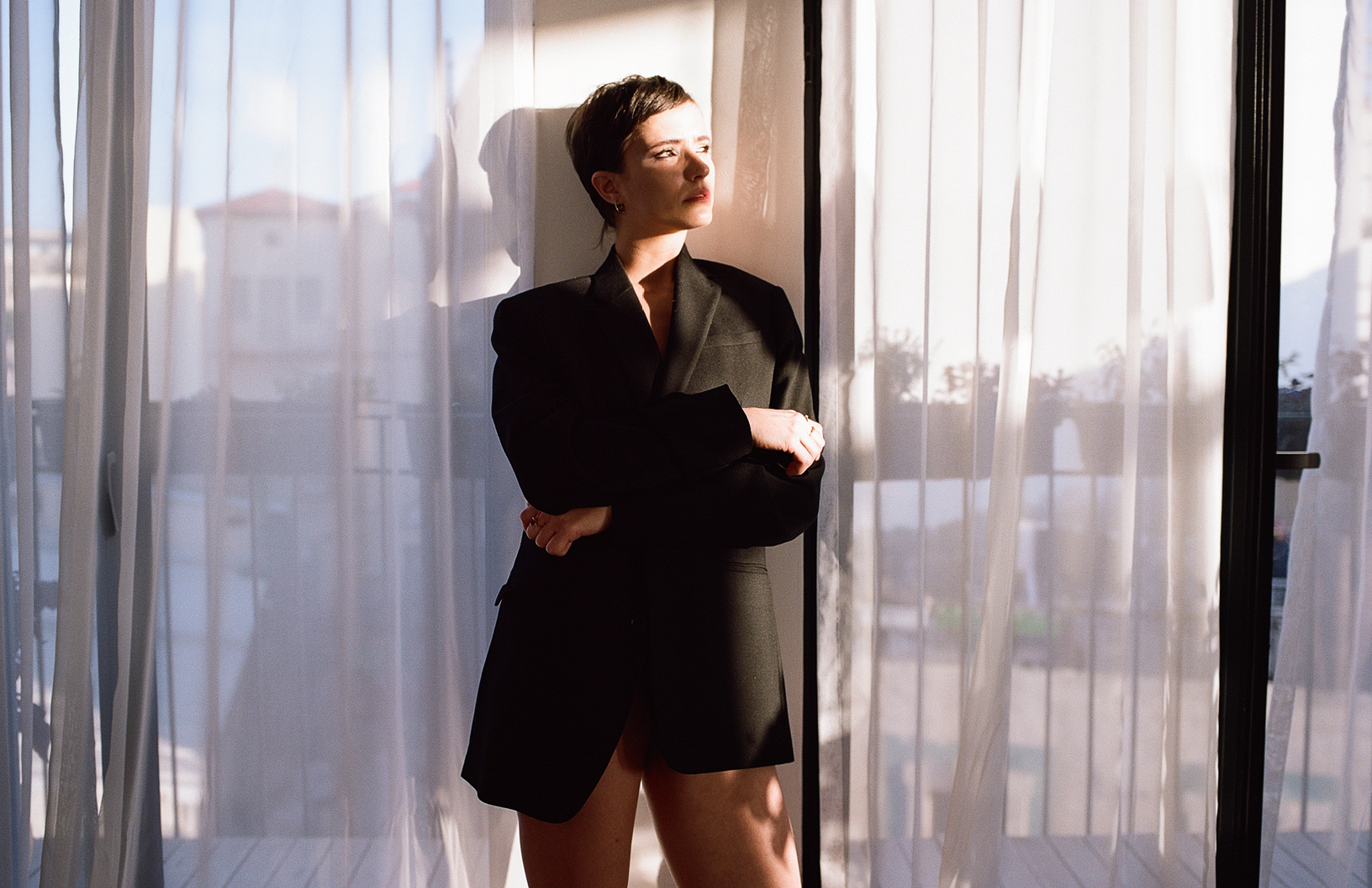 Why do you think it’s taken so long for foreign films to crack the Hollywood stronghold?

I think the world is becoming very global. With Facebook and Instagram, so much more is exposed and familiar. We’re in an amazing process of accepting and glorifying one another. But it’s a process, and it’s going to take more time. We’re in a period now with lots of “breakthroughs”, like mushrooms after the rain – something that has been brewing for a long time and is now blooming. My hope is that the floodgates have been opened and more foreign films will enjoy even more success.

What first drew you to the role of Sophie?

Her freedom and her precise vision about what her work will look like as well as the desire to express the cry of her generation. She takes care of herself through her work and sees it as therapeutic.

The series is a combination of half-truths, lies and omissions. How did that impact your development of Sophie’s character?

Throughout my work on the character, it was very important for me to know where the truth laid. At first, Sigal didn’t want me to know the ending so my acting and understanding of how to play Sophie would change accordingly as her secret was revealed. Not knowing what the source of her wound and what scarred her so much was a challenge. But I realised that all the lies and omissions of the series revealed more and more layers which were interdependent on one another. One layer cannot exist without the other – like life. 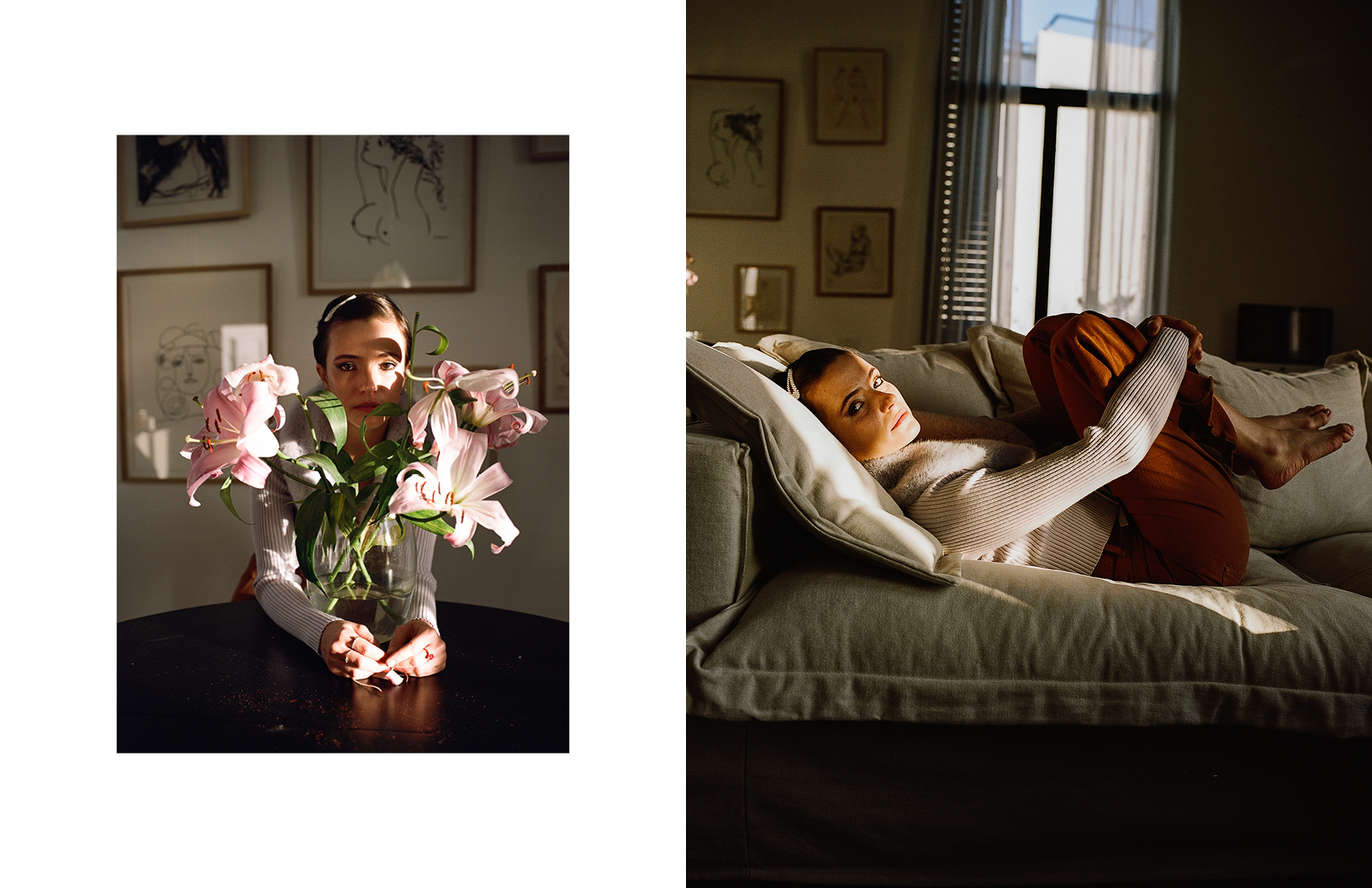 How did you find the fine balance between Sophie’s manipulative and vulnerable sides?

Sophie definitely ranges from being manipulative to being vulnerable. Once I realised that her manipulativeness was stronger than anything else, it was much easier for me to access those playful places within. While being manipulative, I felt that my character needed something right now so strongly that she would do anything to achieve her masterpiece. That determination led me to the vulnerable place. Once I realised the key to her vulnerability and the trauma that she had experienced, it opened that manipulative and sexual lock.

I feared that the audience wouldn’t see her vulnerability because she’s someone who appears so driven. It’s hard for people to connect and see behind that tough exterior but everyone has some story, something painful in their heart, that they carry with them for life.

How did you tap into the different layers of Sophie’s personality?

As soon as I realised where Sophie’s vulnerability came from, it helped me understand how her mind works. Before we filmed, I was completely in Sophie’s head. I had to feel like I was her so I could build my confidence. My walk, the way that I dressed was much sexier and more seductive and feminine than I am normally. I felt that I had to find the things that made Sophie unafraid to break distance and penetrate a person’s space physically. Those were crazy months, but it was worth it! I was a much freer person than I am in my everyday life – it was fun!

The show touches on the constant battle women often feel to have it all. What are your own experiences with this struggle?

I totally identify with this place in women. In high school, I always felt that I had to prove that I was smart and beautiful. I felt from a young age that it really was one or the other. Today, fortunately, I understand differently. On the other hand, I always ask myself the question, can anyone really have everything they want? There will always be something missing. Nothing is perfect – and everything is just perfect as it is. 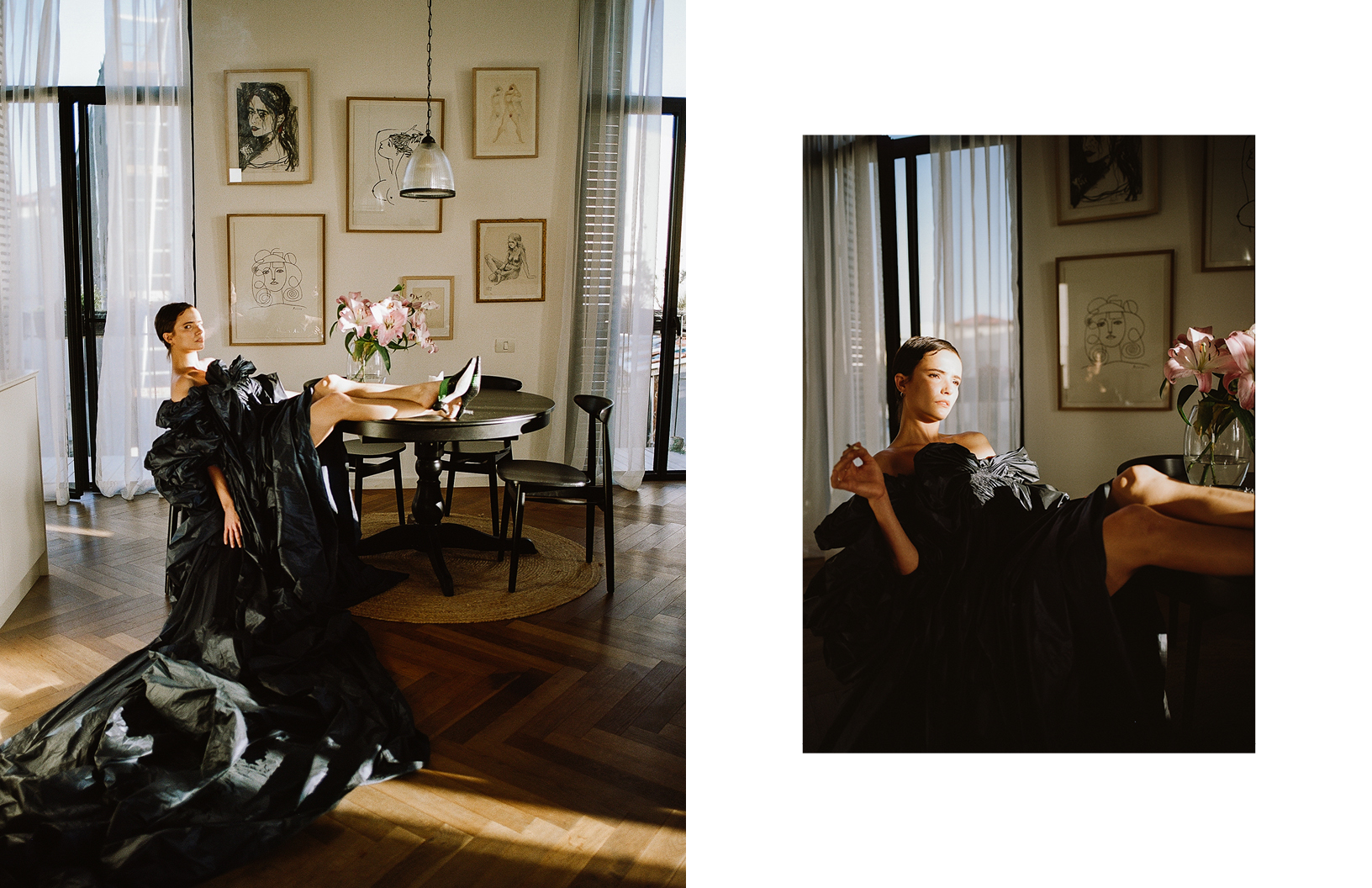 The series explores the complex relationship women often have with each other. Why do you think it’s important that shows portray these nuanced relationships?

These relationships illuminate something about ourselves. They make us ask the hard questions about jealousy, what we think we’re missing in life. For me, it’s important to ask yourself these questions. I think there’s something so fundamentally charged in bringing a woman-to-woman relationship to the screen. You don’t have to do much to have an endless array of emotions. It’s important in my eyes that issues like these are brought to the screen.

Conscription still exists in Israel. How did your time in the army influence you as an actor?

The army helped me a lot. I was an opera singer, so I was accepted into the army as a musician which is a status the army only gives to a certain number of people. During my time in the army, I continued to sing, and it’s where I started to fall in love with acting.

The pandemic has had a huge impact on the creative industry. How have you found the last year?

It has been a very difficult and challenging year for everyone. COVID-19 completely shut down the theatre world. In Israel, film projects were able to continue with special permits, so everyone who was part of the theatre was at a complete disadvantage. We now have three new dates for the play I’m performing in in April. I am very, very excited to return to the stage. My stomach is full of butterflies from all the excitement! 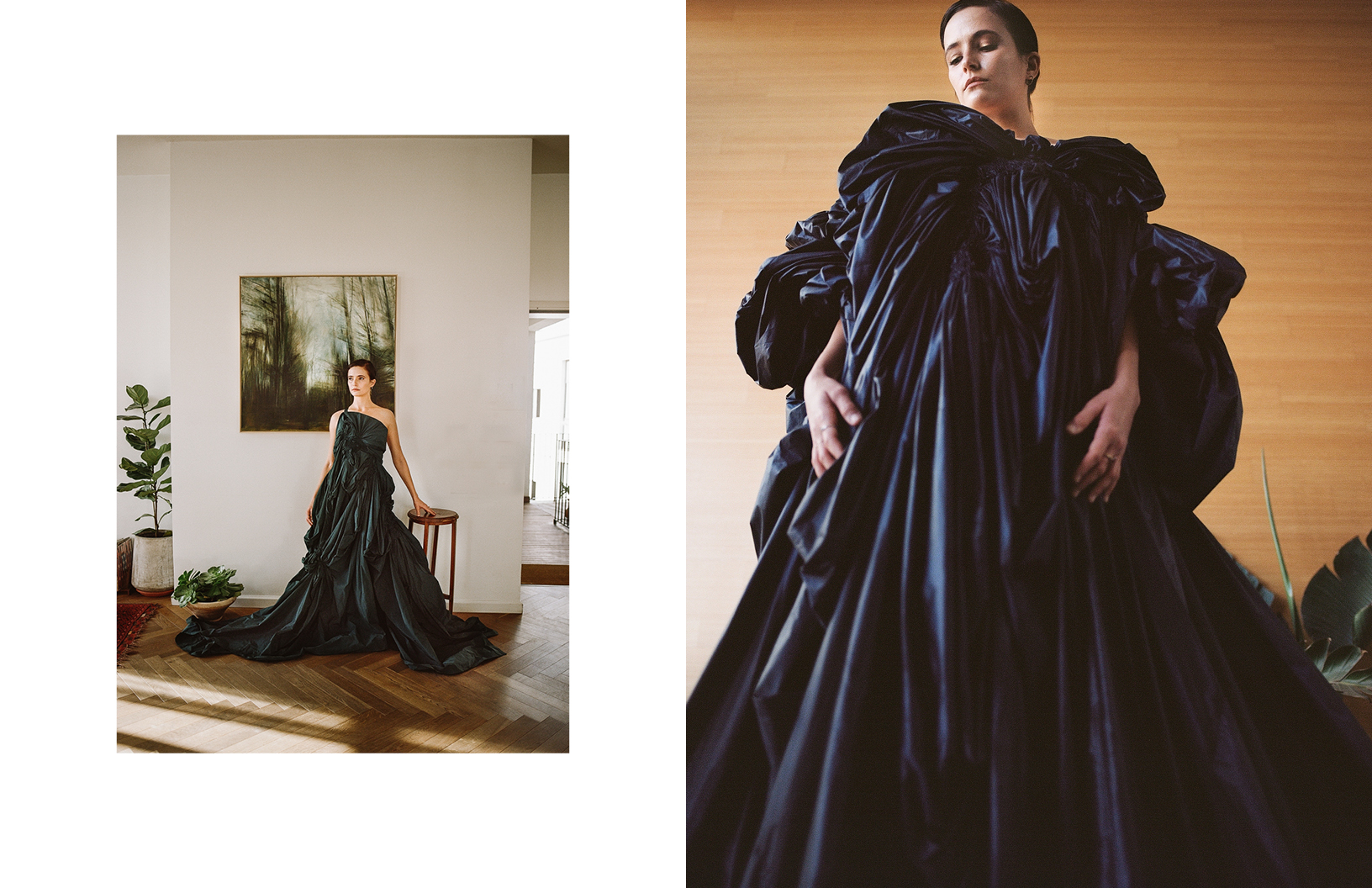 Can you tell us a little more about your involvement with the Habima National Theatre?

Before the pandemic hit, we had begun working on a show but didn’t get very far before us and the entire world shut down. Throughout the year, we’ve been able to film plays so people could watch them at home. These have also served as rehearsals for us until life gets back on track.

Do you approach theatre differently to how you tackle a film or TV role?

There are a few things on the agenda but for now, I’m enjoying doing lots of yoga, watching movies, and taking the time to just breathe. 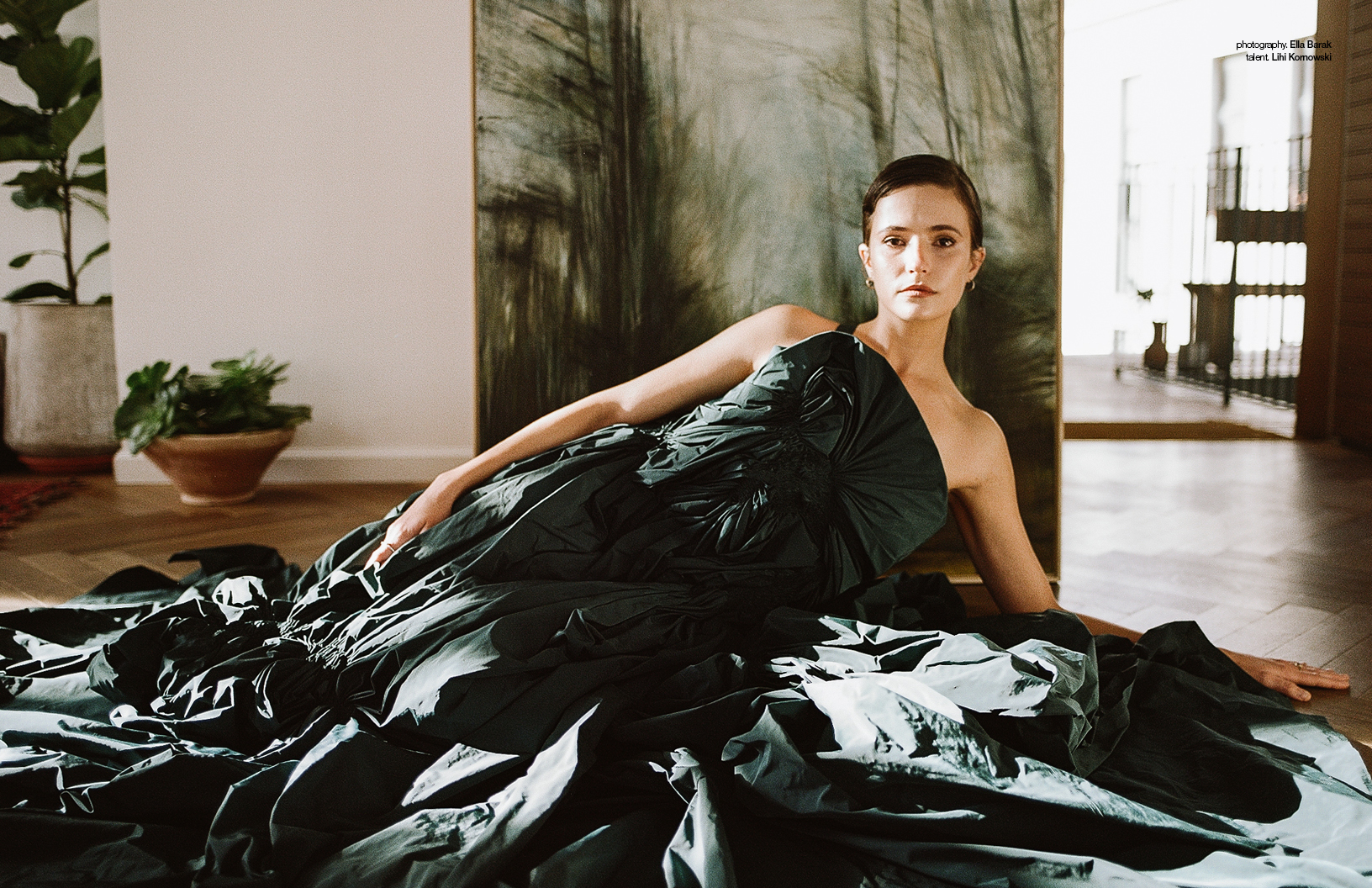