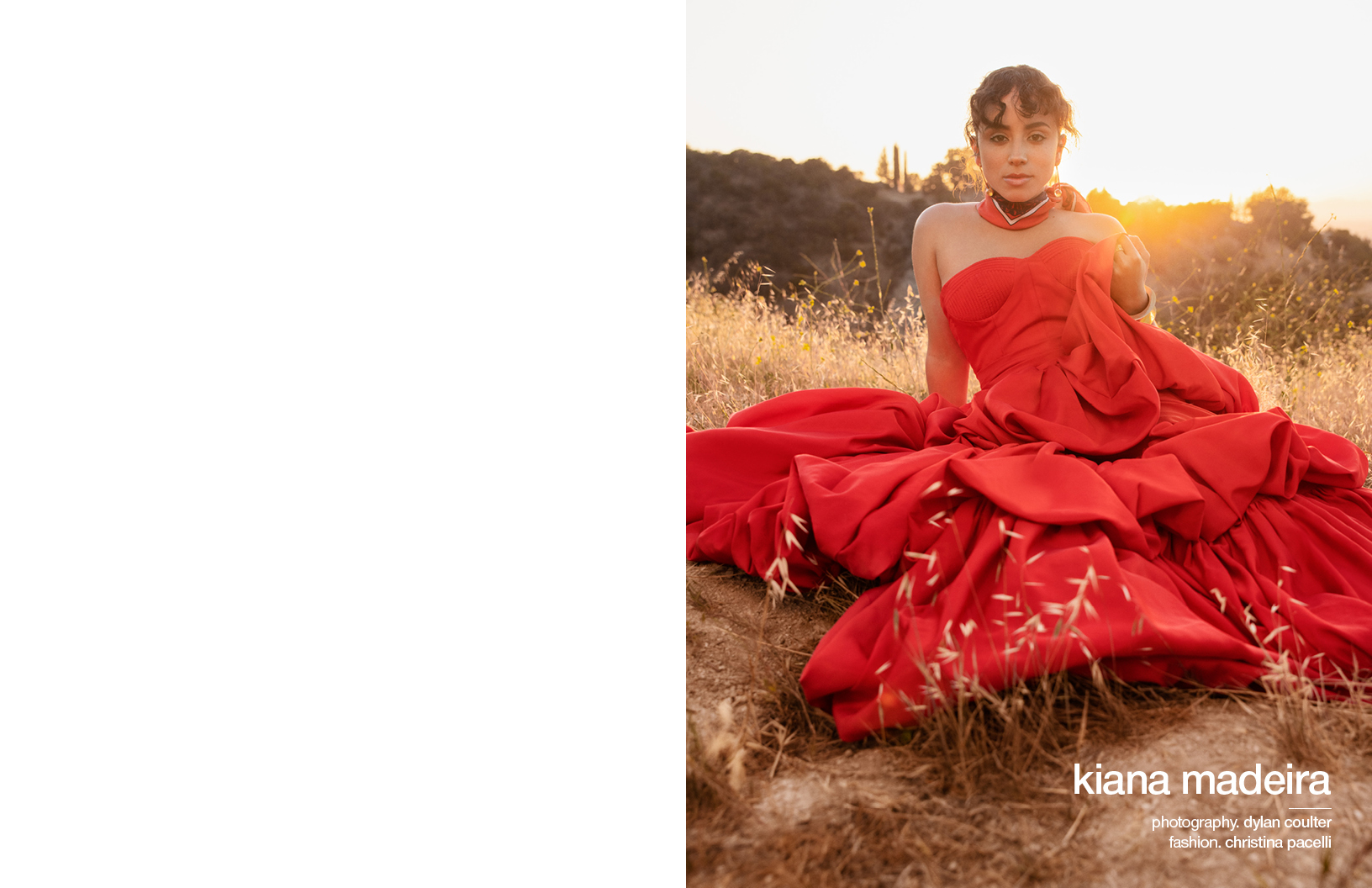 The Fear Street series on Netflix is giving us the summer scares we didn’t know we needed. The films, the first of which debuted on 2nd July of this year, take viewers back to the classic era of horror films — introducing a new cast of nightmarish monsters and otherworldly terrors that are sure to haunt you long after the film has concluded.

One of the stars of this new series is the incredible Kiana Madeira. Making a name for herself on series like Netflix’s Trinkets, Madeira is brimming with talent and enthusiasm — and with the rest of the Fear Street films and the new addition to the After series ahead of her, we’re sure to be hearing from Madeira for a long time. Schön! spoke with Madeira about Fear Street, KISS concerts, After and so much more.

Let’s go back to the beginning. How did you get involved in Fear Street?

Well, I received an email with the audition, and they didn’t give too much away about the story. But I was told that it would be a couple of different storylines, time periods — that’s the most that they told us, pretty much… I was in Portland, Oregon shooting the Netflix show Trinkets at the time, so I did the self-tape and I immediately loved the role. When you audition for things, you try to let them go mentally, because you never really know if you’re going to hear anything back. But I really, really loved this role… [Other auditions] led to the final audition, which was in New York, and it was a chemistry read for my character, Deena and the character Sam… For like eight hours, we went in and out together like mixing and matching. And then I think it took probably two weeks after that, that I got the call that I booked the role. It was a long process! I’d say probably three months total.

You said they were vague about the plot. Did they tell you how brutal the series was going to be?

Yeah, I actually was sent all three scripts before my final chemistry read. I really wanted to make sure I read all three before doing this final callback, and when I read them, I was like, ‘Oh. Wow. This is intense.’ I still wanted to book the roles so badly — and I was also very aware of how much work it was going to be. But I was super up to the challenge. It was honestly a lot of fun. 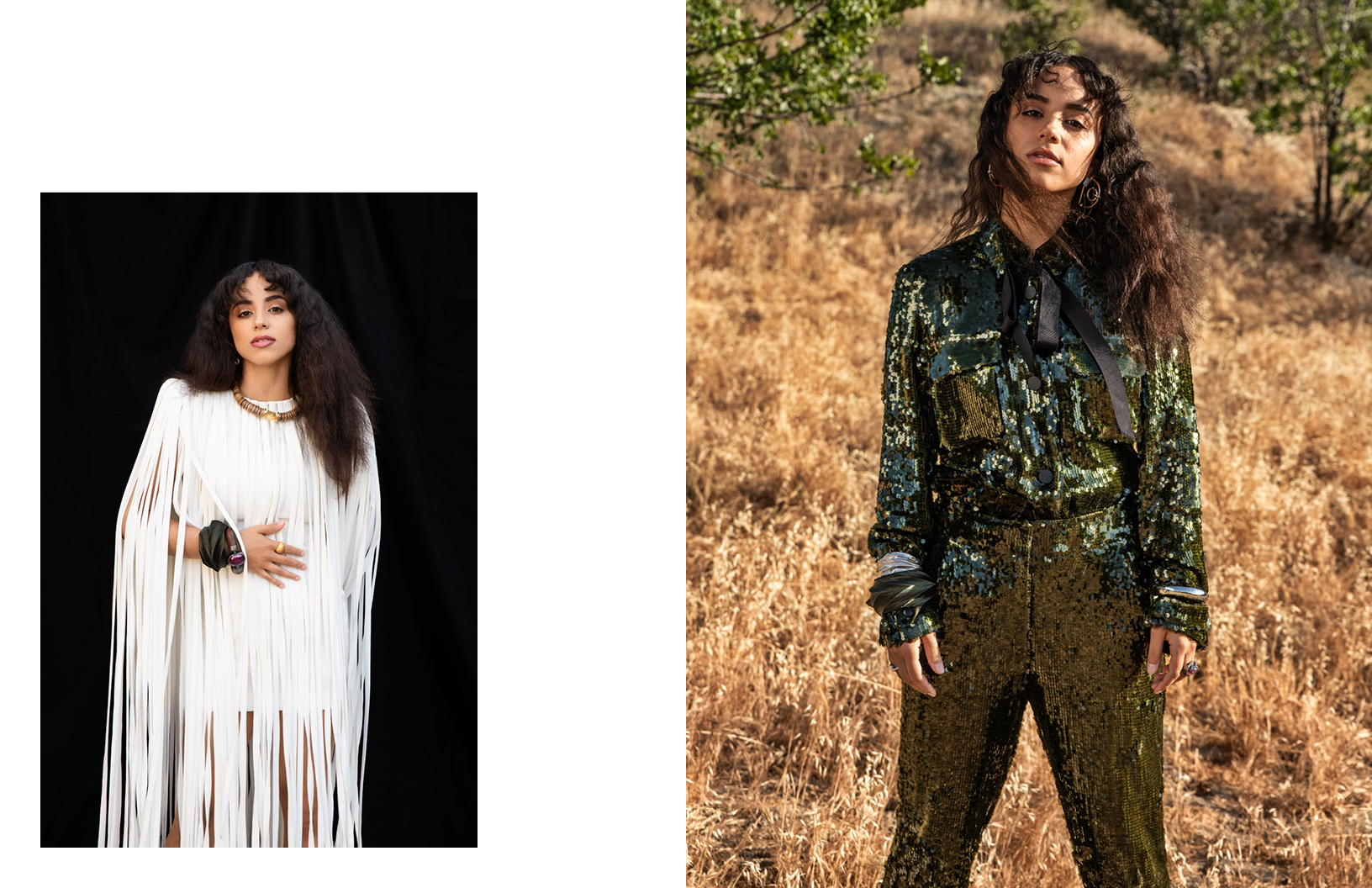 There are so many memorable scenes in these films. What was your most memorable filming experience from all this?

Oh, man, it’s so crazy. When I watched the film, it really brought me right back. I have so many memories about pretty much every scene. But I would say the grocery store is definitely up there on the list. We were in that grocery store for, I think, a week. The smell of the meat was so disgusting; I think the entire crew will tell you that. Like, you just can’t get that smell out of your memory. And everything that we had to shoot in that setting was super intense. Everyone who had scenes there really brought it. The scenes were so good in the grocery store. So, I would say yeah, that’s definitely top of my list for sure.

How do you prepare for scenes like that, both as an actor and as a person?

I think I was lucky because my character wasn’t actually in that scene where that happened. I had read what was going to happen, but I only saw the extent of what it was when I watched the films. It’s so funny — all my co-stars and I watched that scene over and over together because we were just so impressed by the way they made everything — us, the editors and the whole team, the way they put it all together. It is just so terrifying and so visceral. I’m happy that I wasn’t there on that day.

You filmed this series over a full summer, which I’m sure led to some interesting experiences with the cast. Do you have any favourite off-camera moments?

That cast is honestly so cool. We hung out a lot. We were all staying in the same hotel. On the weekend, really early on when we got there — when we were just kind of getting to know each other — Benji, Fred and Olivia and I got tickets to see a KISS concert. We went on a weekend in Atlanta. I lose my voice really easily, so I remember I was like, ‘I can’t be screaming at a concert, because I can’t show up to work on Monday with no voice!’ So, we just kind of silently banged our heads and danced to the music. But that was an iconic concert. It was a really cool experience. 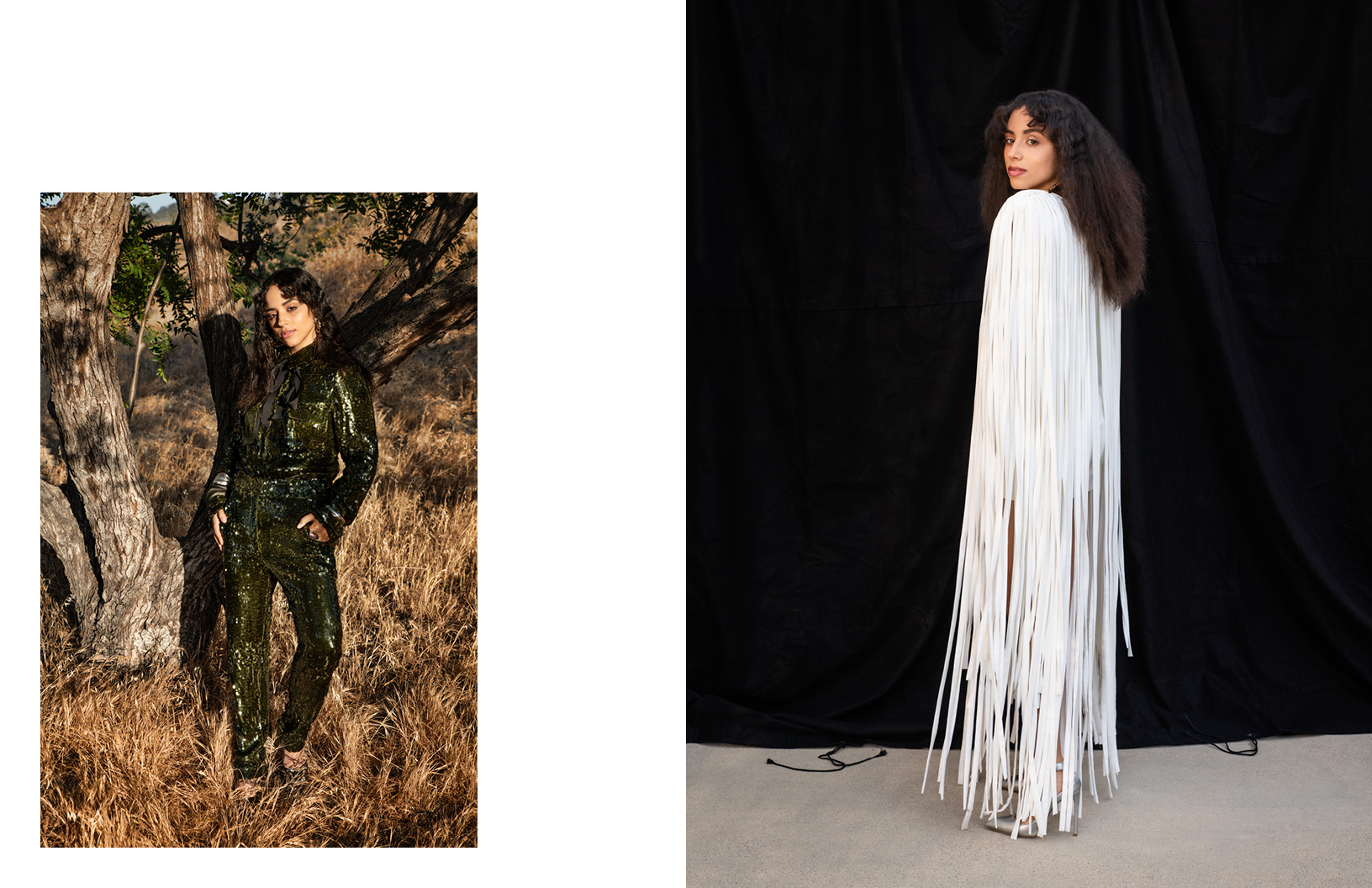 You’re also going to be in the new After film. After has a committed fanbase, and we’re sure you were excited to join the project. How has it been becoming part of such a big series?

Honestly, I’ve never been a part of a project that had such a passionate fan base. I didn’t really know what to expect. We shot in Bulgaria, and when I got there, they were saying, you know, ‘we have security’ and, you know, ‘you shouldn’t really go out by yourselves — one, because it’s a pandemic, and two, because there are a lot of fans here.’ I was like, ‘Okay, yeah, I know, the franchise is big and everything.’ But they were fans surrounding our hotel. Sometimes, they would try to find out where we were filming and go there. It was really intense. Their dedication is admirable, especially online. They’re so excited about everything, and it gets me really excited too.

Is there any new skill or hobby or habit that you’ve picked up in the last year that you’ve kept doing until now?

It’s funny you asked that. I actually learned to play guitar! Well, I’m still learning, but it’s something I’ve always wanted to do since I was a kid. I started lessons on Zoom last March, and I still work with my teacher. She’s amazing. I still do Zoom lessons, and now I can play so many songs on the guitar. It’s really always been a dream of mine. And it’s also a dream role of mine to play a character in a band or something like that — so, you know, I’m low-key preparing for that. Hopefully.

Honestly, I’m looking forward to the release of [all the] films. I’m really excited. It feels like it’s been a long time coming — which, it hasn’t been that long, but there’s just so much excitement and anticipation behind them all. So, I’m excited for the world to get to see them, and to get to interact with audiences through social media. I hope to continue to do these kinds of interviews and talk about the work, because it really was such a super cool experience. And my character is super badass. And I’m just really grateful to represent the film as a whole and the character that I play. 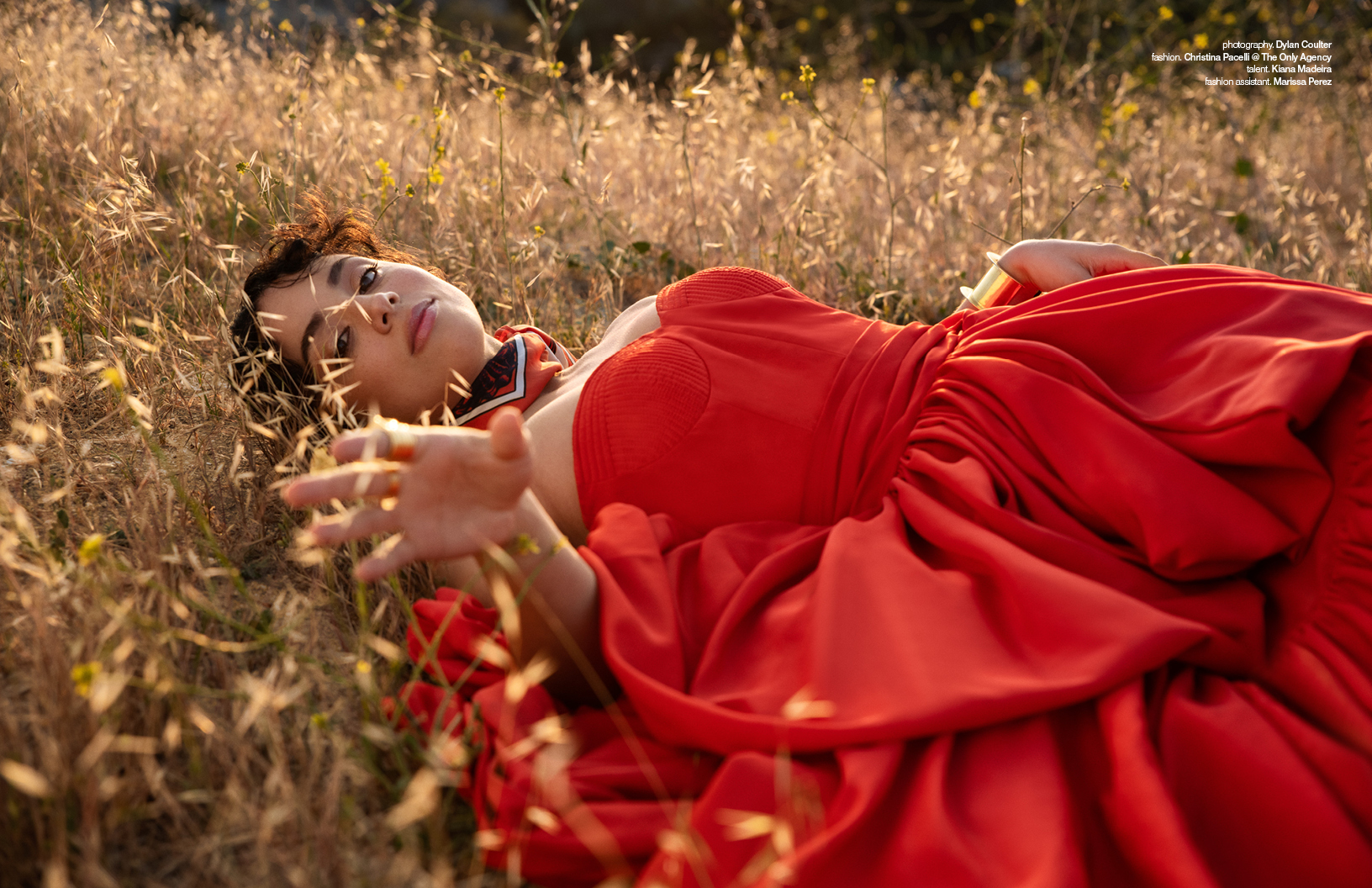