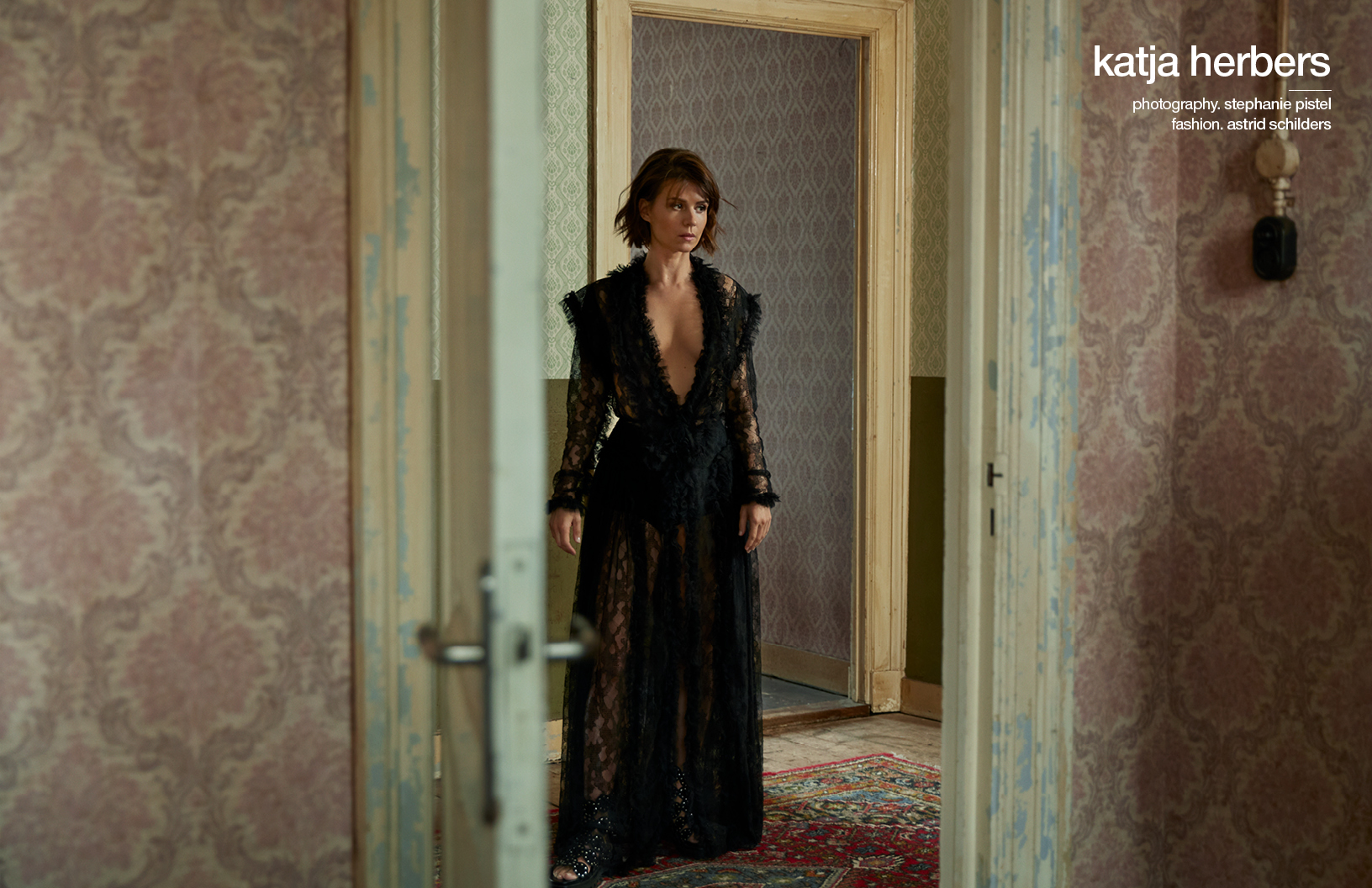 Full of horrors both personal and supernatural, Paramount+’s Evil offers viewers a wild yet utterly captivating experience. Leading its cast is Dutch actress Katja Herbers, who portrays forensic psychologist Dr. Kristen Bouchard. Now, as season two of Evil is slowly being released on Paramount+, Schön! caught up with the actress to discuss how Kristen has changed since the events of season one, the puzzles hidden within the show, what she misses most about the Netherlands and more.

Hello Katja! I saw you were recently on Colbert — first, I thought you did an amazing job. I know that it was your first time on an American talk show.

Yes! That was nerve-wracking, but he’s so great. He’s amazing. He’s the best.

How is that, doing a US talk show compared to a Dutch programme?

Well, I guess the preparation is more intense. You’re having a free conversation with somebody, but it’s just a big — you know, big audience. Big budget. You’ve got Jon Batiste playing. There’s more energy. We’re a small, little country, and we do have some good talk shows, but it feels much smaller… It’s more kind of a cute little hang out, where [US press] feels like a bit of a performance. 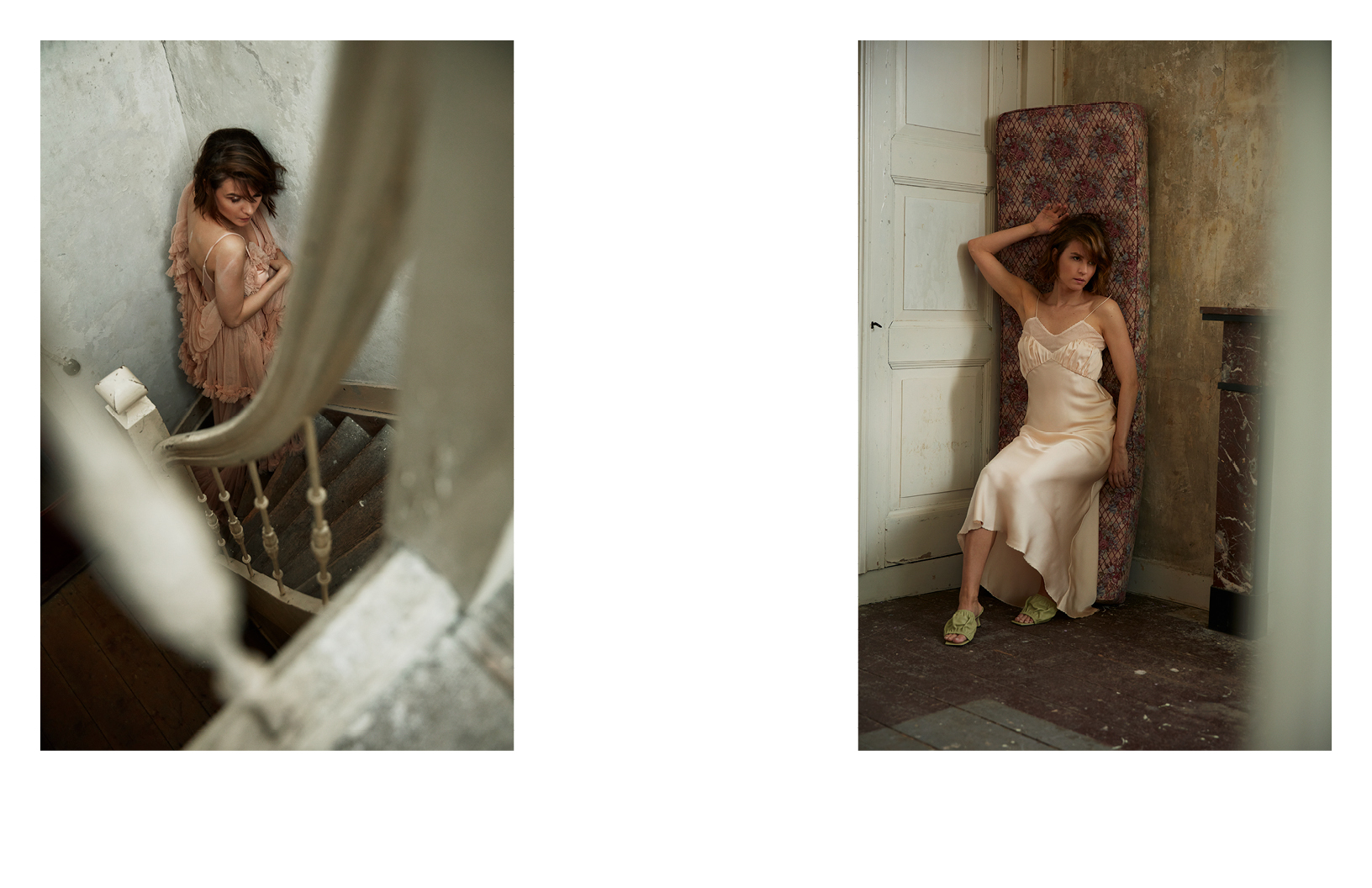 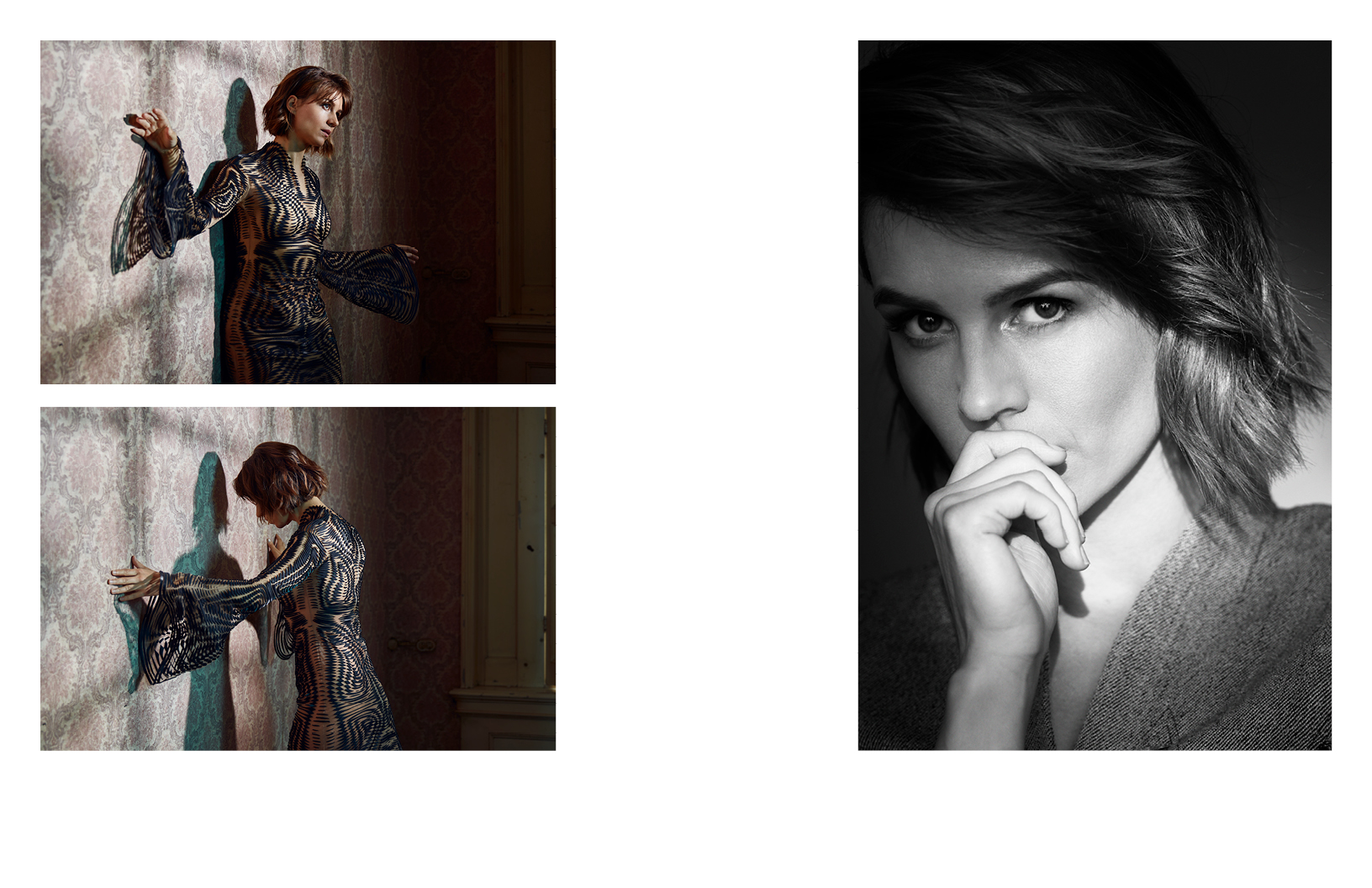 Understandable. Let’s talk Evil. Season two is currently streaming, but before we get into that, I have to ask — there’s a code hidden in the episode titles. Do you know anything about this?

I should, shouldn’t I?

I don’t know — in the first season, it’s numbers, and in the second season it seems to be letters.

Oh, yeah. Is it connected to those puzzle pieces? …You know, there is a treasure buried in Manhattan, and people have not found it yet. It has to do with these puzzle pieces. If you stop the frame, during season one, you can find these puzzle pieces. They all fit together, [and] it will end up being a map that might correlate to these numbers. I’m not sure. But that can lead you to this treasure that Robert King has buried himself in Manhattan. He’s going crazy that people have not found it. It’s right there, and he’s even given some clues in interviews. I’m kind of amazed that it hasn’t been found.

That’s kind of a segue into some of the other things I want to talk about. With this show, there are so many little bits and pieces to explore. When you’re working on Evil, is the whole world revealed to you? Or are you finding it out piece by piece along with the audience?

I had no idea about those puzzle pieces, for instance, until I saw somebody on the internet go like, ‘hey, guys, if you stop the frame, there’s a puzzle piece.’ I was like, ‘What?’ And then I asked Robert, and he was like, ‘Yeah, I could explain it to you, but I’m not really sure where it’s going to go.’ But he’s a big fan of puzzles and getting people engaged in that way.

To answer your question: no, they don’t really tell me the big picture. But what I really love about the show is that little seeds planted somewhere are going to come back. Nothing seems to just be for effect.

Sometimes… I really like that puzzle stuff. And I hope somebody is going to find it — I don’t know what it is. I sometimes Google, like, ‘Evil puzzle pieces mystery’. Like, you still haven’t figured it out!… There’s a Facebook group, I think, but I’m no longer on Facebook. There are a few diehard people in there going crazy. 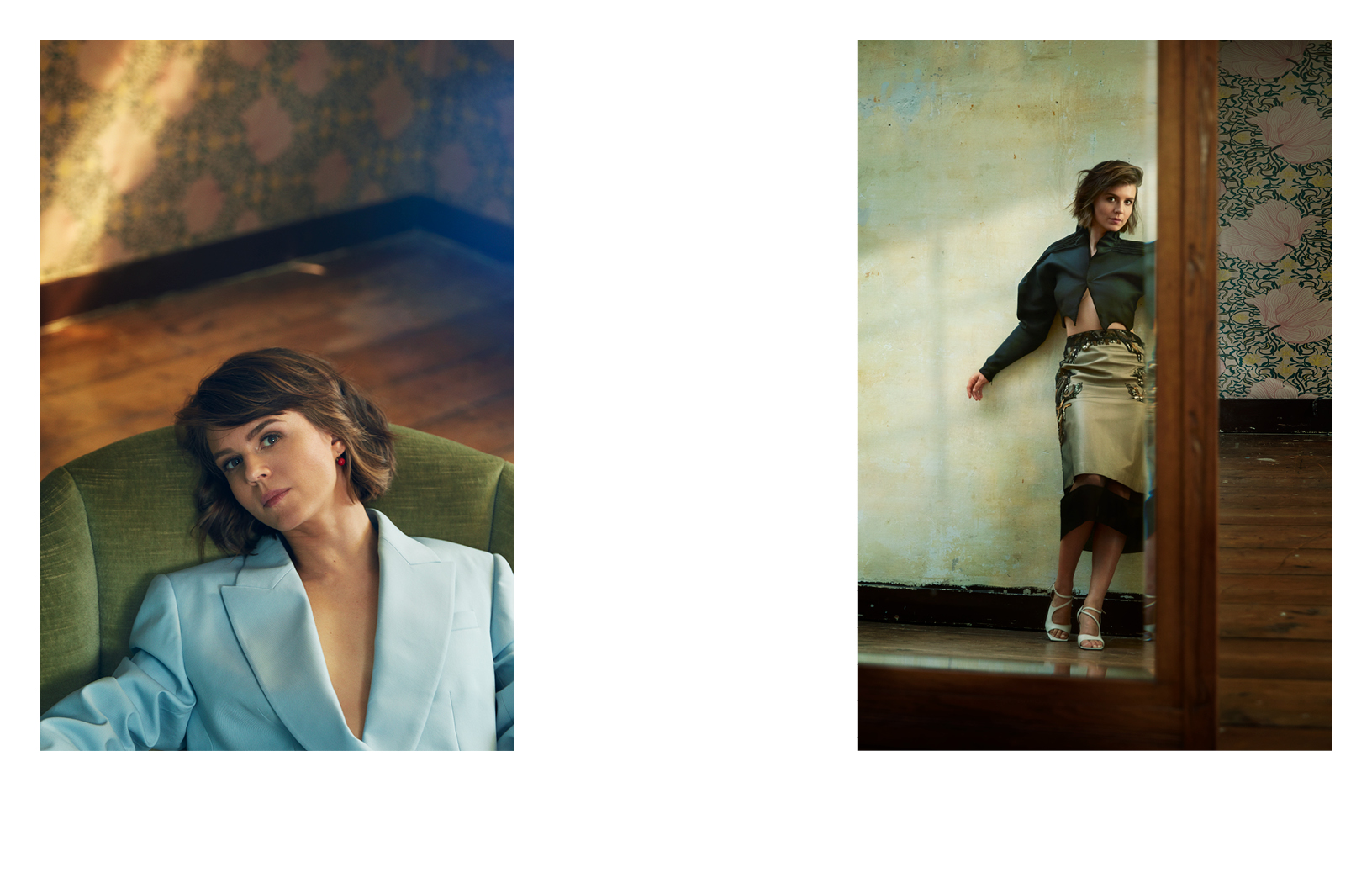 I’m sure those details will make them go even crazier. Talking about season two — in many ways, it feels like a whole new show, which is understandable given what Kristen has been through and done. How has your approach to Kristen changed with this new season? Do you do you think about her in a different way now, given what’s happened?

Yeah, I do. I mean… Look, I’ve never killed someone, so I don’t really know what that is like. But I can imagine that, even though I think she thinks that she did the right thing — and I think she did the right thing — it’s going to just creep under your skin, or whatever the expression is. It’s not going to go away. I guess we wanted to play with, has she now gone over to the dark side? So, I wanted to leave room for little evil things to maybe creep in there.

Now, I don’t believe in the dark side or evil, and I don’t think Kristen believes in that either, so I just played someone who is acting out because of what she did, and needs something to ground herself. Like, in one episode, she goes out to a bar. She’s flirting with, maybe just talking to, some random dude and having a night, you know, even though she’s married… I really like that difference. For me, as an actor, it’s really nice that she started off being such a moral, scientific person, and now she’s seeing a djinn with its head on fire and she’s killed someone. That’s a fun trajectory for me.

Well, we talked a little bit about women’s journeys, and… how maybe there’s this idea of some conceit to female empowerment. I like the idea of her, when we talk about her journey, having a bit more of a gearing toward some kind of sexual empowerment as well. We did think that it would be nice if this killing also gave her some kind of power while simultaneously causing her to start to lose her mind… I had fun playing around with that.

There was a little bit of a reference to that in season one when she first — I don’t know if you remember that scene where Leland shows up to her house and has given the kids diaries or something, and she takes him out of the house and slits his throat. There’s something about the way she moved down the stairs and took a knife in a very smooth motion… When I saw it back, I felt like, ‘Oh, great. Maybe that’s the killer Kristen, where she gets very sort of sexy, in a way… Maybe because of that focus, she’s moving a little bit like a dancer” — I’m no dancer, but it was just a helpful thing for me to think, that she carries herself gracefully while falling apart.

Right. Like being onstage — the nerves can help the performance.

Yeah. And also, she’s a mountain climber, right? Ex-mountain climber. She’s used to that balancing act, and maybe some of that adrenaline. She’s now finding [the feeling] in this current situation that she used to have when she was climbing. So, it’s not entirely new to her to be flirting with danger because of those climbs. 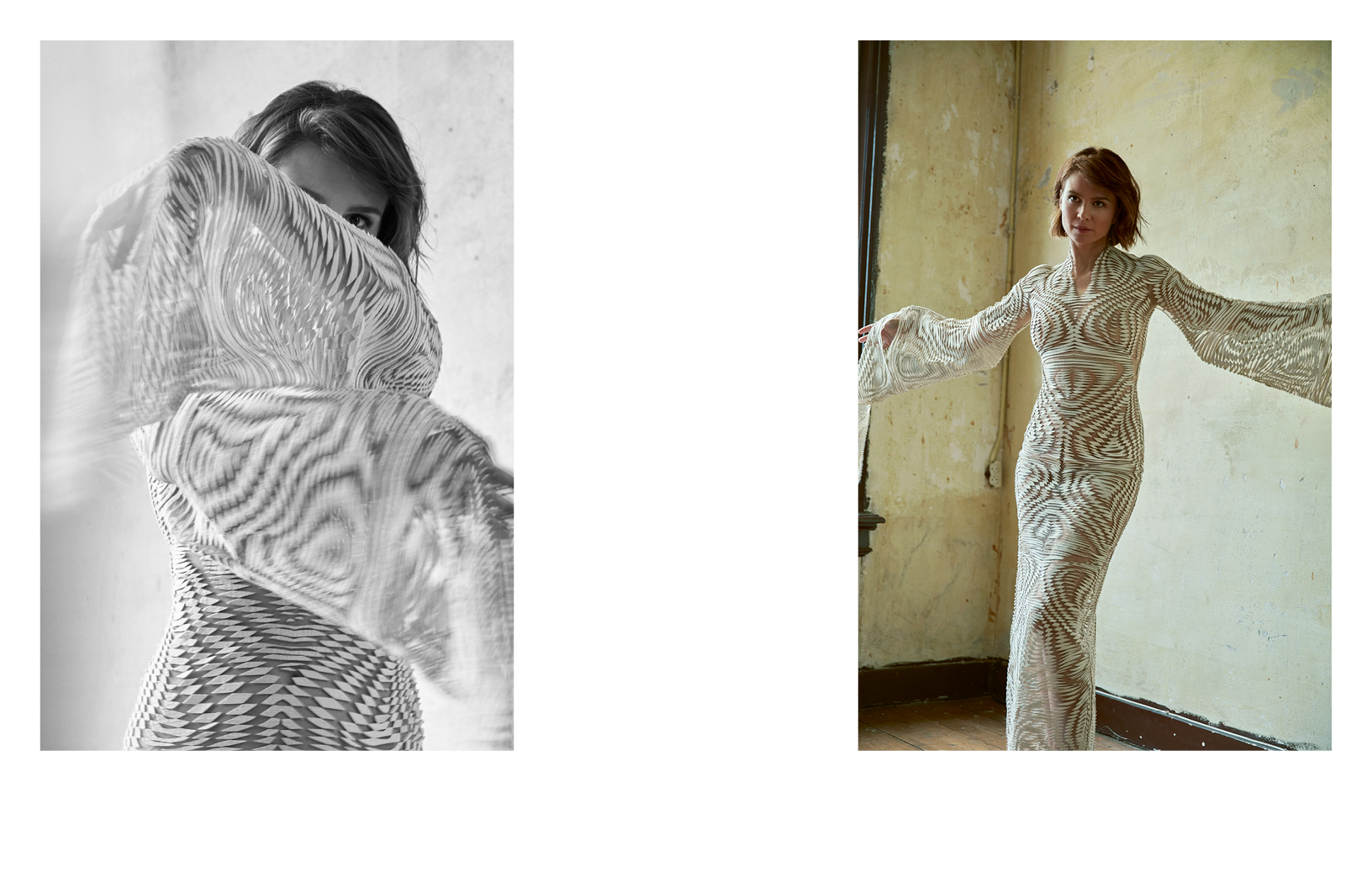 This question is a dramatic left turn, but you’re now back in the Netherlands, and you’ve spent a lot of time in the States. When do you go back to the Netherlands, what’s a Dutch food or experience that you have to get right away — maybe one you think Americans are missing out on?

Having a herring? We have herring… It’s a huge event every year — there’s always a competition in the city, of like, who has the best new herring. I fricking love it. I eat it a lot, although I should eat a little less fish, I think, for the world. But I’ll have herring, and then I’ll just cycle a lot — I don’t cycle in New York because I think it’s very dangerous.

I wish, but I don’t think it’s fully financed, so I can’t I really say — there are two movies that I’m hoping that I’ll do before we hopefully start Evil again, if we get a third season… It’s a boring story, because I can’t say what they are. Otherwise, I just hope to reconnect with my Dutch friends and my family. I’m happy to be not working for a little bit, because — I do really like working, but I feel like as an actor, when you do such a long show, it’s important to have a bit of downtime, so you can fill yourself up again… Kristen goes through so much, so I do feel it’s important to recharge a little bit so I can give more when I need to.

It can be short-term or long-term, but what are you looking forward to right now?

Well, my dad’s coming over in a little bit, and we’re going to have dinner. I haven’t seen him in a long time because of the pandemic — I couldn’t have any visitors. So, I’ve been away from a lot of people I love very much for a very long time. It’s really nice to reconnect with everyone right now. 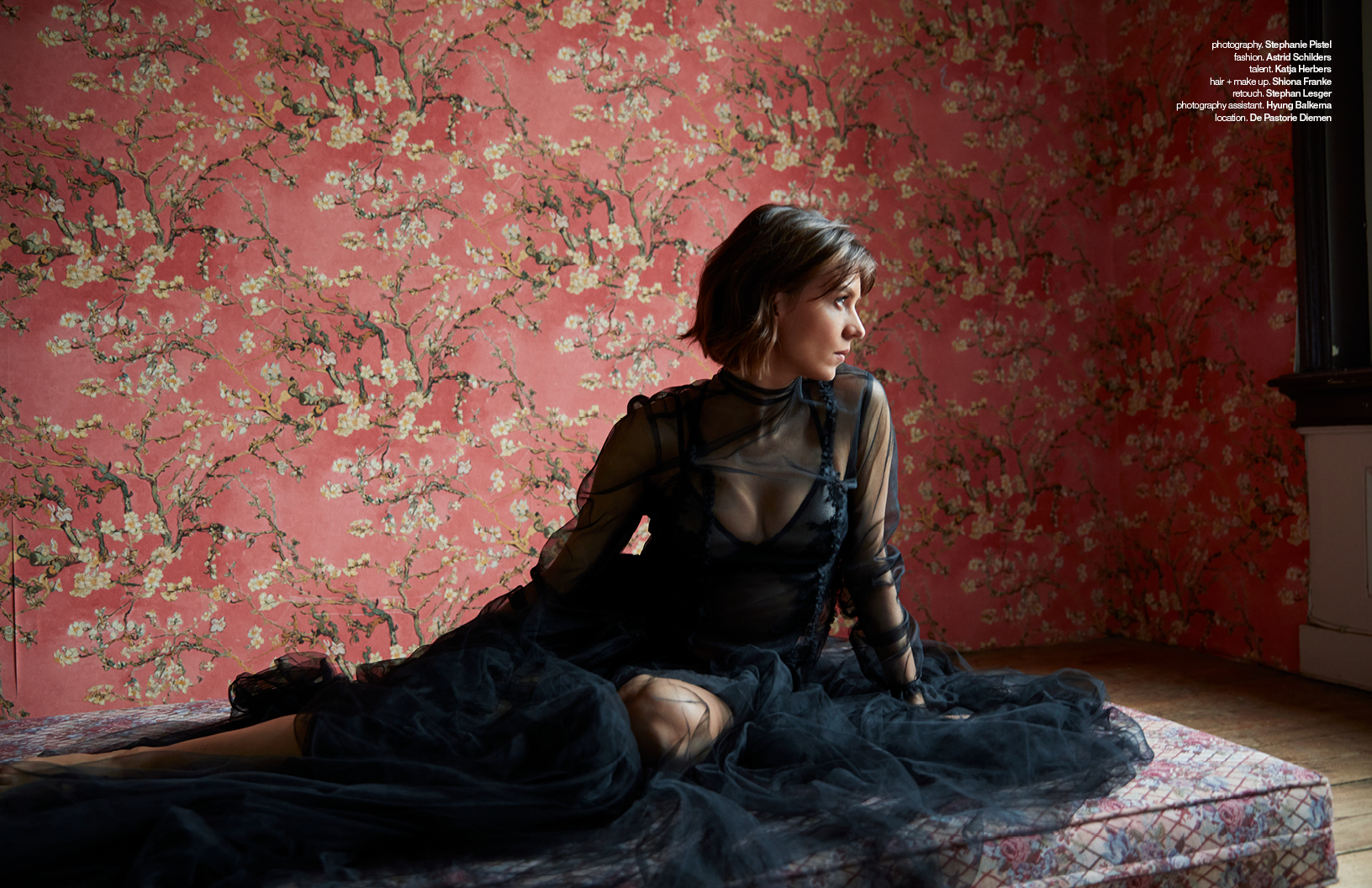 Evil is currently streaming on Paramount+