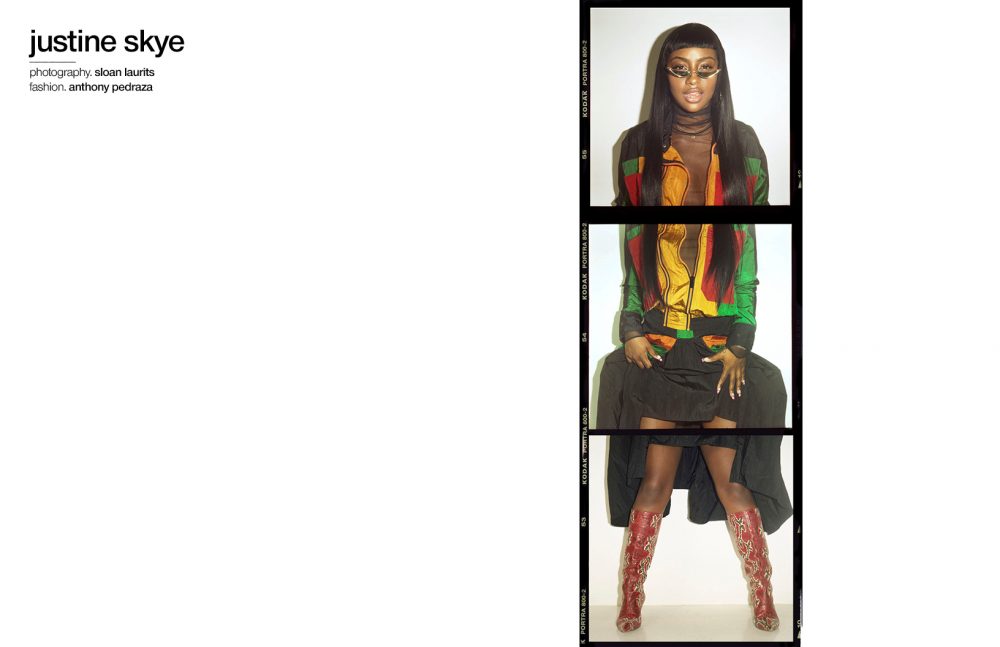 Justine Skye has come a long way — and she plans to keep moving forward. Hailing from New York, the 23-year-old erupted into the music scene in 2013 with her debut EP Everyday Living and her dance-infused R&B and melodic lyricism got us hooked ever since.

After kickstarting her career as an artist through Tumblr and YouTube covers, it was only last year that Skye put out her debut album, Ultraviolet, but the songstress has already demonstrated a maturity wise beyond her years — something she attributes to “life experiences overall.” Last year’s momentous “Build” is perhaps the perfect testament to that. With a brutal yet beautiful video, that she unveiled to coincide with Domestic Violence Awareness Month, Skye put her heart on her sleeve and gave us an unforgettably poignant track.

The single represented a seismic change in Skye’s career and she’s still using that momentum. This year, she has graced the cover of GoldLink’s Diaspora — shot by her BFF Hailey Bieber — and captivated audiences with her honey vocals on Blood Orange’s “Take It Back” and “Good For You.” Now, after stints signed to Atlantic, Roc Nation and Republic Records, Skye is back with the newly released “Maybe” marking her first track as an independent artist.

But Skye’s scope is not just set on music. Though new music of her own is surely on the way — the sultry afrobeat-infused “Maybe” being just the first nibble — Skye is also making her acting debut this year. The Brooklynite will appear in the Keanu Reeves-produced and Sean William Scott-led Already Gone, which hits theatres and iTunes on August 16, as well as BET’s anthology series Tales, in a lead role.

With her episode of Tales premiering on July 30, we catch up with Skye to talk about her music career, getting into acting and what we can expect next from her. 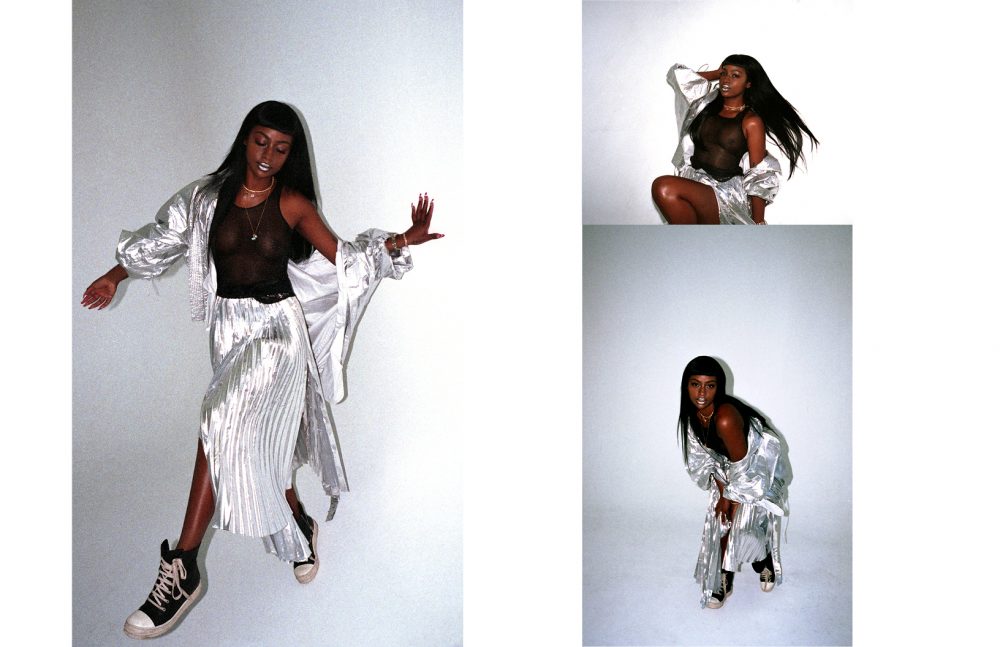 How do you feel you’ve evolved and matured as an artist from Ultraviolet to “Maybe”?

Well, life experiences overall. Every day I’m learning something new about myself and this world we live in. As a woman, I’m extremely proud of my growth from my mindset to the way I carry myself. Musically, I have grown even more, as every artist should. I’m finally trusting my instincts. I know that I’ve finally begun to truly find my sound, now it’s all about the execution. I went from not caring at all, to caring way too much, to know what is and what is not worth my time and energy. Overall, I’m extremely grateful to be experiencing it all, the good and the bad.

As an actress, you’ll be appearing on Already Gone as well as the second season of Tales on BET. When did your interest in acting first started?

My whole life I have been involved in the arts, whether it was the school I went to or the summer programs my mom would put me in. Some kids are amazing with numbers, some kids are athletic, and some are more of the arts type. So all throughout my days of attending public school, I participated in choir, theatre and musical theatre. I did a summer course also at New York Film Academy, which was something I’d never forget. Music has always been the main agenda, but acting has always been something I wanted to venture into at some point. I’ve been on maaaaany auditions since I was about 17. It wasn’t until 2 years ago when I realized why I wasn’t getting any roles. I would get a bit discouraged and would tell myself that the right role will come my one day. I had to get rid of the fear of being judged… which is literally the first step! Once I was ready to do that I landed my first role as the co-lead in what is now retitled “Already Gone”. I was in shock when they told me I got the part, I had to ask them to check again, it didn’t register. Once I started filming, I knew it was something I wanted to do a lot more of. 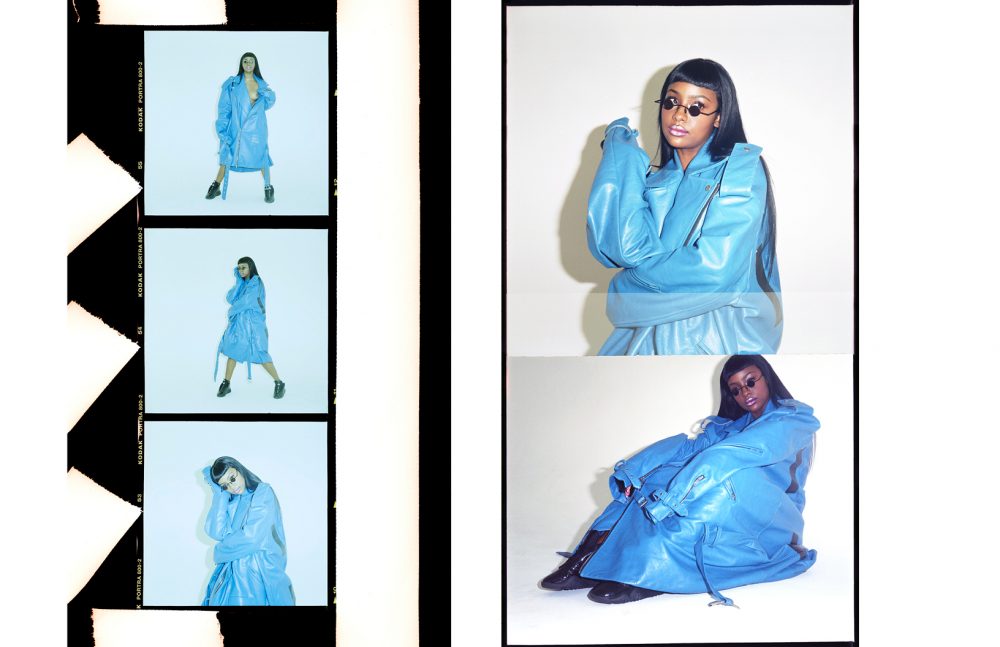 What can you tell us about those projects? What are you most excited about your involvement in them?

Coincidentally, in both films, I play a dancer! I filmed Already Gone two years ago, so I’d already gotten over the stage fright of being on the pole. Now I’m not even slightly good at it, I really do commend actual strippers because that ain’t easy at all! This is going to be the first time people really get to see me act, so I’m excited to see their reactions good or bad. This is something I want to do more of so all the critiquing helps.

We haven’t seen your previous trademark purple hair on social in a while but you brought it back for this project. Is your ‘Purple Unicorn’ persona making a return?

Another coincidence, my character in Tales, Violet, has purple hair… but only when she dances. Justine Skye personally is done with the purple hair, she’s a new type of chick. 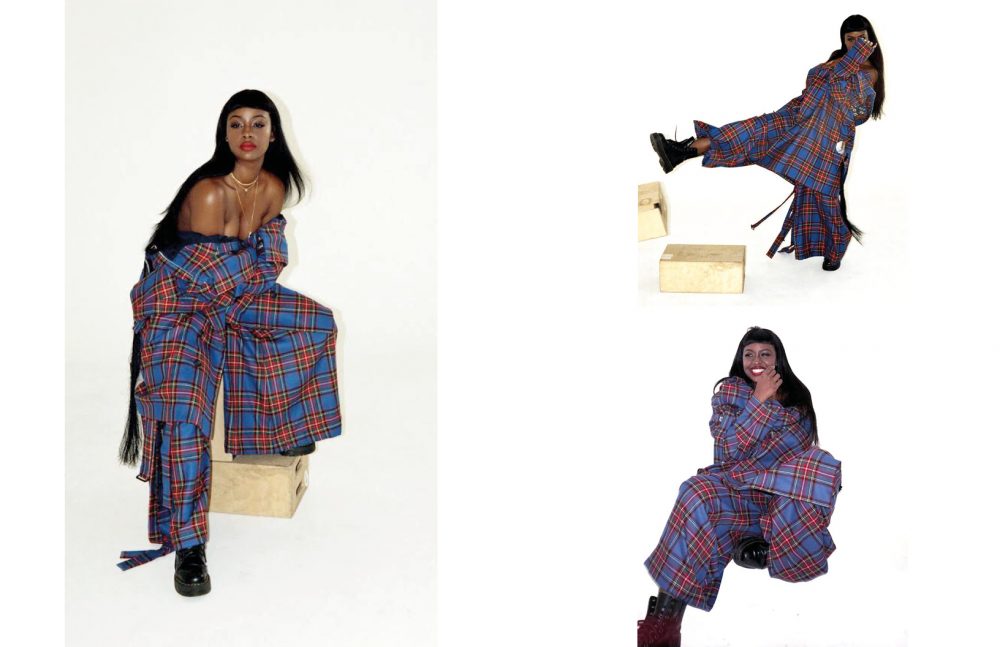 Going back to music. Perhaps your most poignant track to date is “Build,” which deals with your own experience with domestic abuse. Why did you decide to speak out?

“Build” was the beginning of an extreme shift for me as an artist and a woman. The song itself was made before a series of unfortunate events unfolded, and when it did I looked at my own song in a completely different way. At the time, I didn’t know what to do, I’d never been in a situation like that before and I for sure never experienced the set of emotions I now had racing through me. All I knew was that I had to keep going, so I put it into my art. I decided to share what I went through in my music video as a release of something that was so heavy on my chest, I had to let it go.

Social issues like domestic violence are gaining momentum in Hollywood, even leading to condemnation, but the music world, and especially the hip-hop circle, definitely isn’t as vocal. Since sharing your story, have you seen a shift?

I can’t say I’ve seen much of a change, but I also can’t say I haven’t seen any at all. But as time progresses I learn more and more why people don’t speak out about any trauma they’ve experienced from any celebrity. I am hoping that one day the music industry, especially the hip-hop circle, will hold these artists accountable and not brush it under the rug just because they like their song.

On a more positive note and if you feel comfortable sharing, what was your reaction when you first heard’s GoldLink “Justine’s Interlude”?

I was in shock honestly, that someone who was just beginning to know me had my back more than people who called me their family. For the first time, I actually felt like I wasn’t alone. 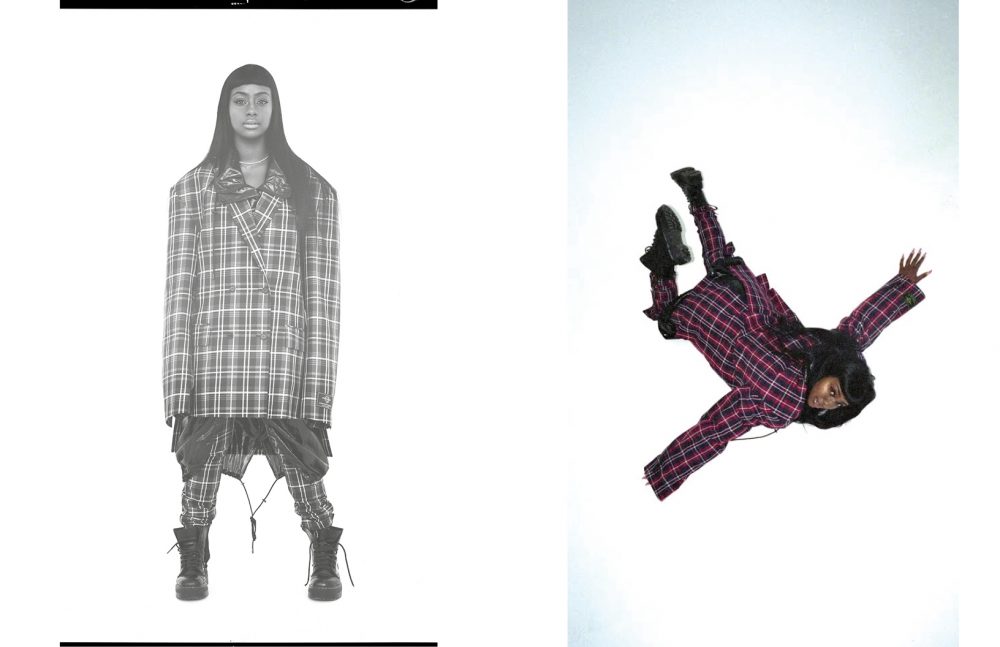 You’ve been super open in your social media about… practically everything. Do you see it as a safe space? Or can it turn out to be somewhat counterproductive?

Social media is one million per cent counterproductive! As it advances it just proves that more and more. I do share, but I’ve absolutely scaled back. It’s a scary place, you know. Tumblr was where it all started for me, then Twitter, then Instagram… I realized when I do share, it’s for myself. Weirdly I find it therapeutic to say what’s on my mind and press “post.” It’s like… I’m getting the thought out of my head so it doesn’t drive me crazy. If I don’t say it only public, it goes on the finsta [laughs.]

You just released “Maybe,” which is your first release as an independent artist. When can we expect new music from you? Are you in the studio and writing at the moment?

I’ve never been more excited to share my music than I am right now. I never stop working or writing, but expect some new tunes before the year is over.

Lastly, what are you most looking forward to in 2019 — professionally or personally?

I’m looking forward to expanding my horizon as both a musician and an actress. Personally? I can’t wait for the new experiences and memories I’m going to create. 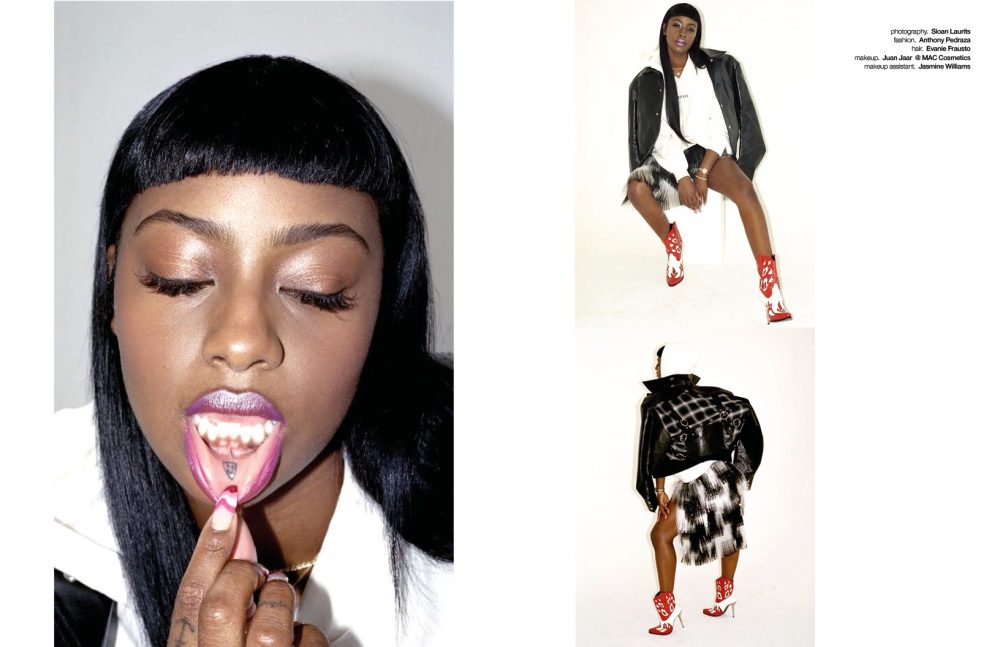 “Maybe” is out now. Listen to it here. Justine Skye will be appearing as Violet on BET’s “Tales” on July 30.