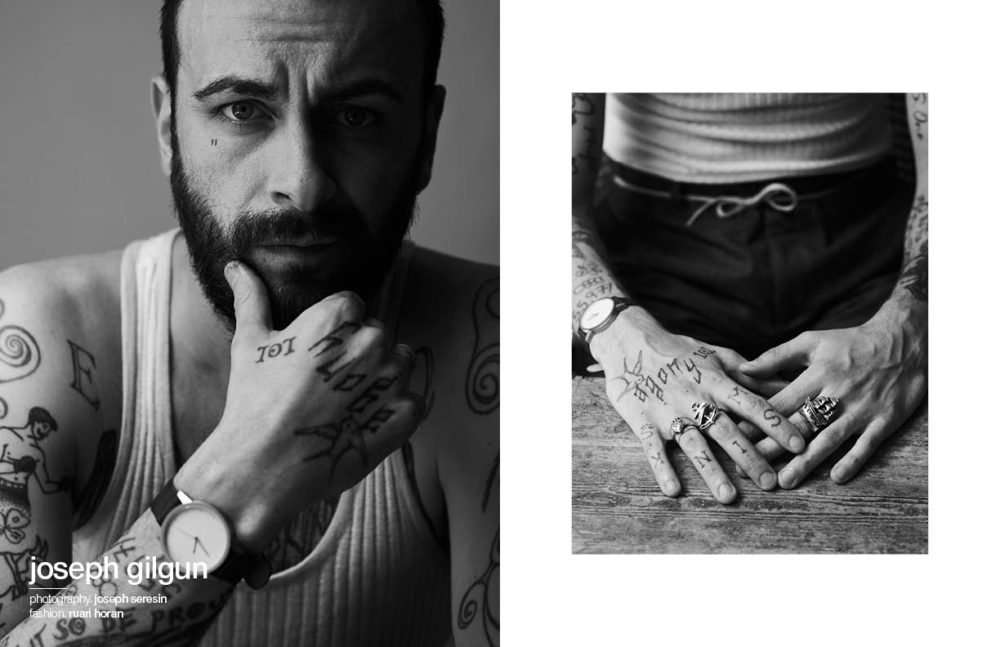 36-year-old Joseph Gilgun has a refreshingly candid approach to discussing his struggles with mental health. The success of Brassic, a semi-autobiographical recount of Gilgun’s formative years, is a testament to the actor’s honesty, not only with his mental health but his portrayal of working-class life, all through a quintessentially British scope.

Known for his roles in acclaimed series such as This Is England ’86, Misfits, and Preacher, Gilgun has made a name for himself in Britain and beyond, and Brassic is dutifully joining the list. The series, which debuted on Sky One back in 2019, has amassed a loyal following in its short run — the series has already been renewed for a third season without the second making its debut.

Humbled by viewers’ acceptance of Brassic, Gilgun is brimming with new ideas that look set to take an equally honest approach to the people he knows. Ahead of the premiere of Brassic’s sophomore season on May 7, Schön! caught up with Gilgun to discuss all mental health and separating fiction from reality.

How have you found reliving your life through Brassic – has it been cathartic at all?

It has, yes. It took five years to get it on TV but the idea had been circulating in my head for much longer than that – probably a decade or two. The night that series one came out, I was absolutely terrified. I am bipolar, so it’s been extremely overwhelming to see that I’ve been accepted by the public for who I am; the real me. That has been life-changing. Not many people have that opportunity to ask the nation what they think of them and I’m super grateful for that.

When developing Brassic, how have you found the sweet spot between creating a story that is semi-autobiographical but also fictional?

It’s a bit of a tricky balance because it’s loosely based on my life; Vinnie is a version of me, and I thought if I’m going to do this I want to be honest and real about who I am. I want it to have light and dark moments and never wanted to play into the comedy because the comedy is always there. But we also know that we’ve got to entertain people so we sometimes say ‘don’t let the truth get in the way of a good yarn’. 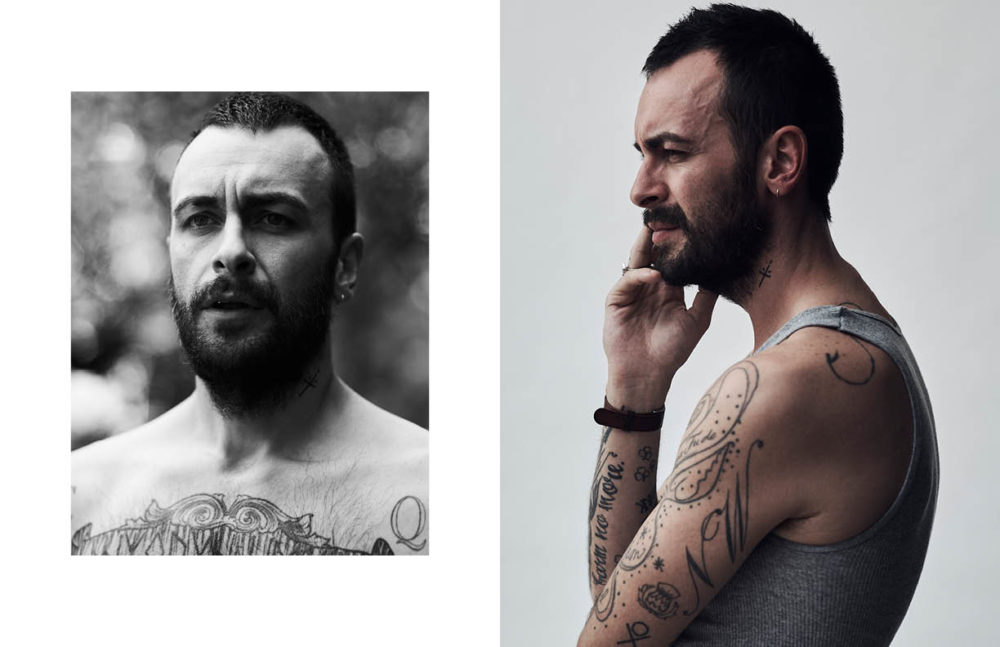 How does the collaborative process work between yourself and Danny Brocklehurst?

We use WhatsApp a lot. I’m dyslexic so I write in my head and then send long voice-notes to Danny. Danny is the one that then puts all of that onto paper. Or we all get together in a room and I talk intensely at everyone until they can’t stand me anymore. Honestly, if I do one of those meetings, I’m up the next night because I can’t stop thinking. Danny is amazing because he sits there very quietly and untangles all of my ideas and puts them into a script. My head doesn’t work in a linear way – I can’t do what Danny does but the ideas are always there. I have to get in a room with you and convince you like a car salesman. I’m much better in front of people, I can sell anything.

In previous interviews, you’ve said that Brassic is “an unapologetic comment on what it is to be working-class.” What does that mean for you?

Working-class people have been represented unfairly, and that’s often by the middle class. This is a working-class look on what it is to be working class. These are stories coming from the heart and from personal experiences from a working-class lad. Some of the happiest people I know have fuck all but that’s rarely seen on TV. It was important for me to give an honest version of where I come from and the people that I know.

What can we expect from season two?

Well, we thought “if it isn’t broke don’t fix it” but we also don’t want it to run stale. We’re victims of our own success because we’ve got to keep the fire up there and it’s fucking knackering! As soon as you start thinking that you’ve nailed it, that’s when you have to throw the towel in. Series two is less autobiographical but the characters feel much more fleshed out and developed. This series is even better than the first one – there’s honesty behind everything we do.

Have you been surprised by the success of Brassic?

Yes, massively! I never thought it was going to be shit but I didn’t think people would warm to it like [as] they have. It’s an amazing feeling. It’s gone as well as it possibly could, and I’m just unbelievably humbled and grateful for it all. It’s taken a while for it to sink in. 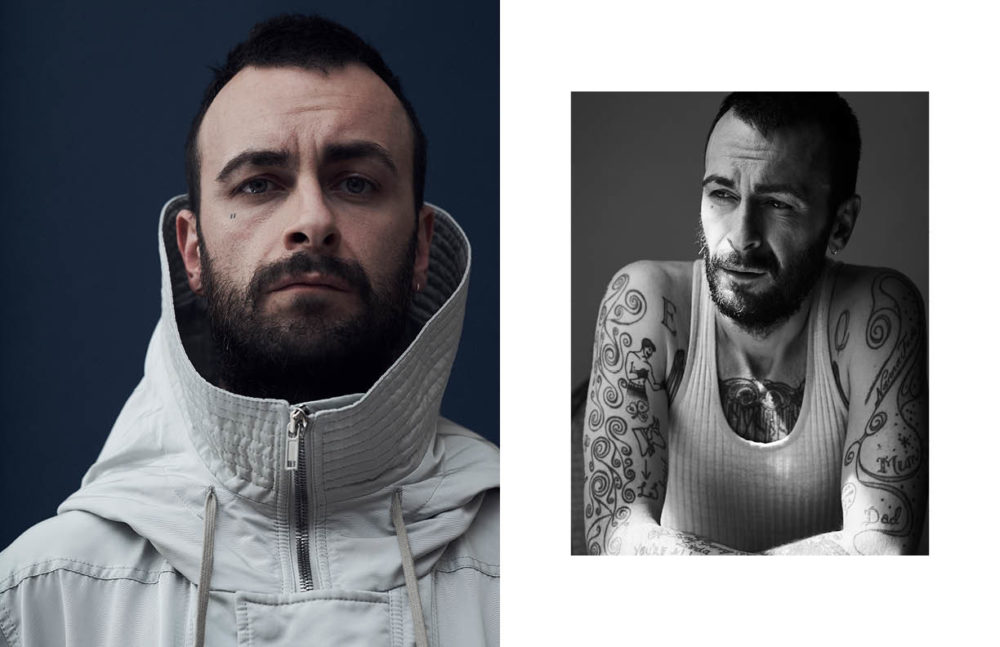 How have you found the creative process of developing Brassic? Has it inspired any other upcoming projects?

Yes, it has – in fact we’re making moves on one of my new ideas. I want to do more, but David Livingstone, my creative partner, wants to focus on one at a time.

You’ve spoken candidly about your mental health, how were you able to incorporate this subject with Brassic? Has playing Vinnie helped at all?

It has – I wanted to show to any young man or woman who is suffering that it’s ok to be messed up and broken. That doesn’t make you bad or weak. You’re just as good as anyone else, you just have moments. It’s important to show the reality of living with bipolar. A lot of the feedback towards the mental health side of things was about us being honest. Anyone who isn’t educated on bipolar would think the downside of it is all woe and being miserable but it’s just not.

Why do you think it’s so important to discuss mental health openly?

I like to use this analogy: if you knocked over a glass of milk and just left it there because it’s a pain to clean up it’s eventually going to become a bigger problem. But if you address something as the problem arises it’s less likely to get worse – no matter how trivial you think the problem is. The more you talk, the easier it gets. You have to start somewhere. I don’t see a life where I don’t have to constantly fight with my mental health but you have to stay resilient. 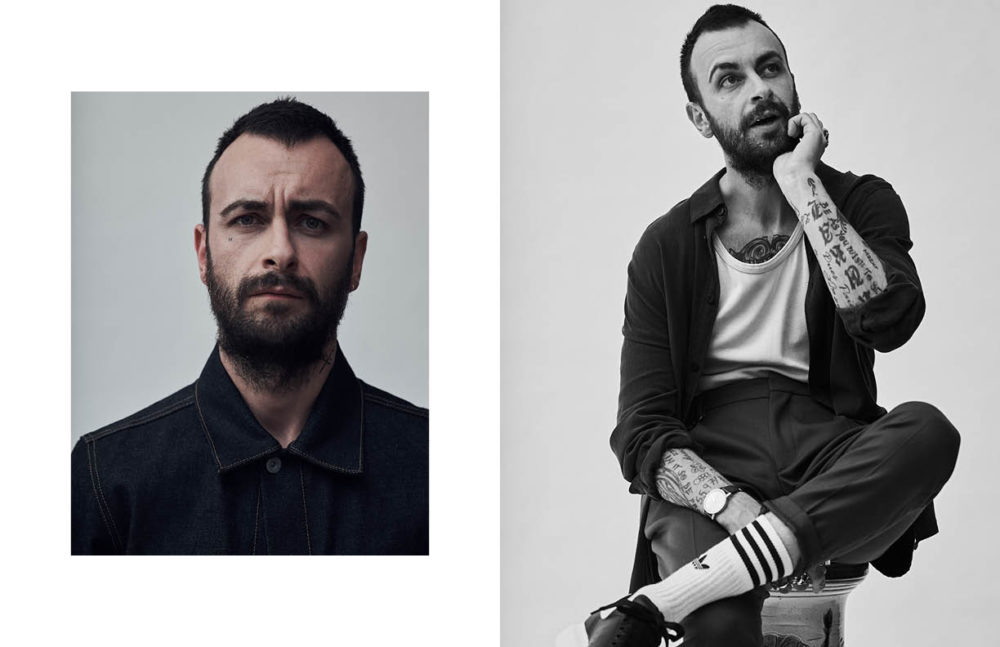 When you’re struggling with your mental health, are you able to channel those emotions into acting?

Yes, I absolutely draw on my sadness. I’ve drawn on it throughout my career and continue to do so – it’s a really good tool to have. I suffer terribly but when push comes to shove, I can find what I need to on camera.

Do you give a lot to your characters? How do you walk away from a role at the end of a project?

I’m my own worst critic. I’m never really happy with what I’ve produced. I watch a lot of my work thinking I could’ve done that better. Very seldom do I walk away thinking that I nailed that a hundred percent.

We’re already working on series three of Brassic which we’re hoping to start filming once we’re out of this current situation. I’ve got more projects I want to work on which I’m excited for – I’d like to do all of them now. But everything has to be as good as it can be, if I spread myself too thin it won’t work.  But I do have loads of ideas that I believe in – I know they’re good and I want more. 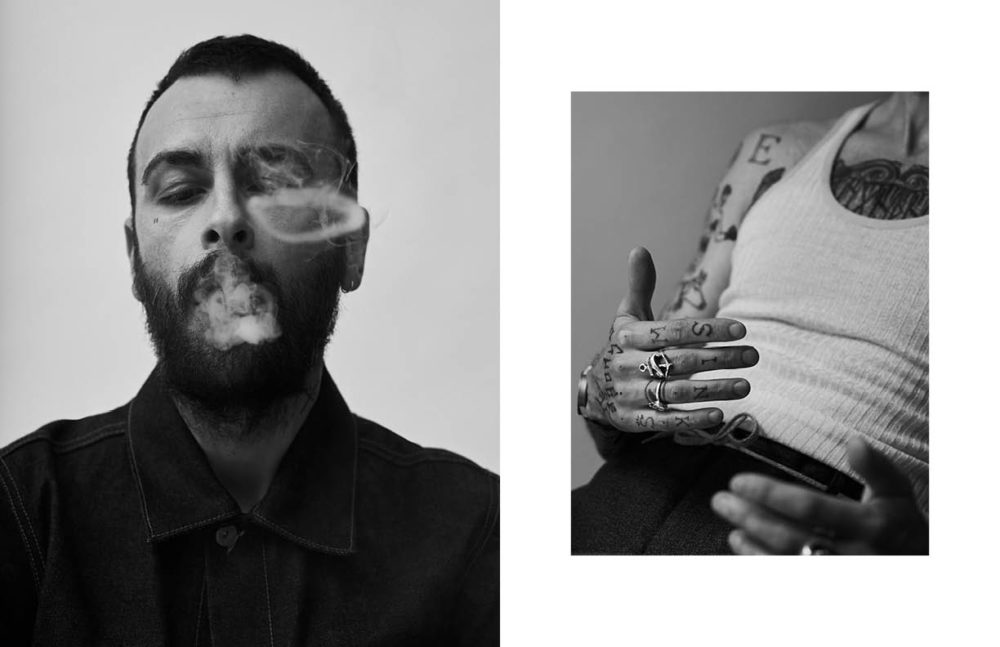 ‘Brassic’ premieres May 7 on Sky One. Watch the trailer here.