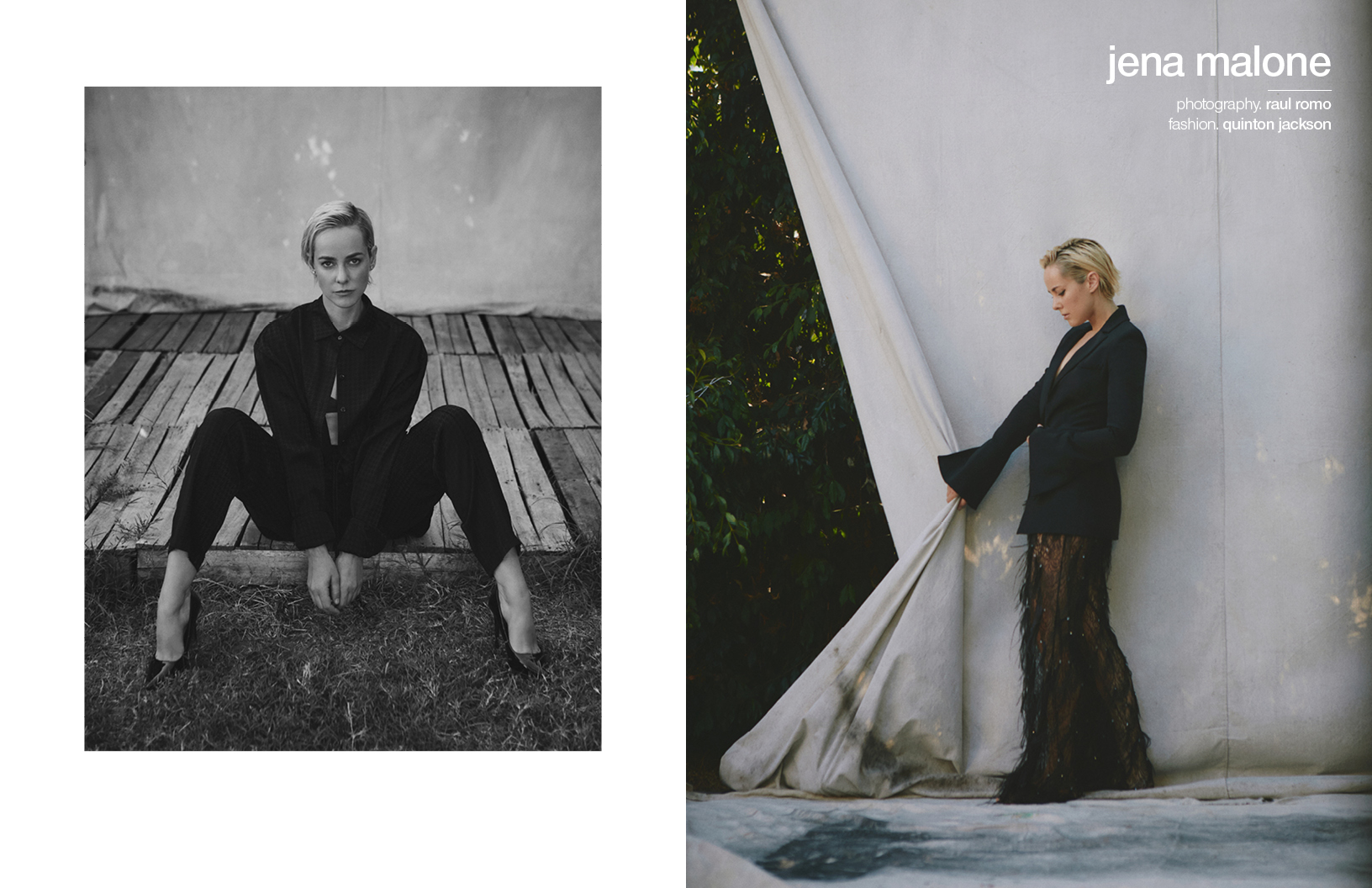 As her voice comes through the phone muffled by a mask, Jena Malone speaks with a concern not for herself, but for the world. “I’ve been studying up on all of the different ways we can change schools and systems,” she says. Malone is calling from upstate New York where, due to COVID-19 limiting her ability to find a proper studio, she’s just improvised a recording environment in a closet. “My son is four, so the world is this grand, new, uncomfortable place, and in that, there’s so much room for growth and change. I feel like being a parent can sort of usher you into this forced revolutionary space where you’re demanded to change the world.”

Malone’s impromptu studio points to her resourcefulness and ability to keep going no matter the circumstances — traits she’s been cultivating all her life. “Even though I was blanketed and protected by white privilege, I was completely poor,” Malone recalls of her youth. “We dumpster dove, lived out of our car sometimes, stayed in hotels, we were on food stamps — you know, it was the whole story.” She’s talked at length about her childhood before; in 2019, she revealed to LA Weekly her family had lived in almost thirty different places by the time she turned nine years old. “I am a white cis woman of moderate sexual fluidity,” she continues, “but I think because I came from that type of background, the types of projects that have always interested me have always been the underdog.” 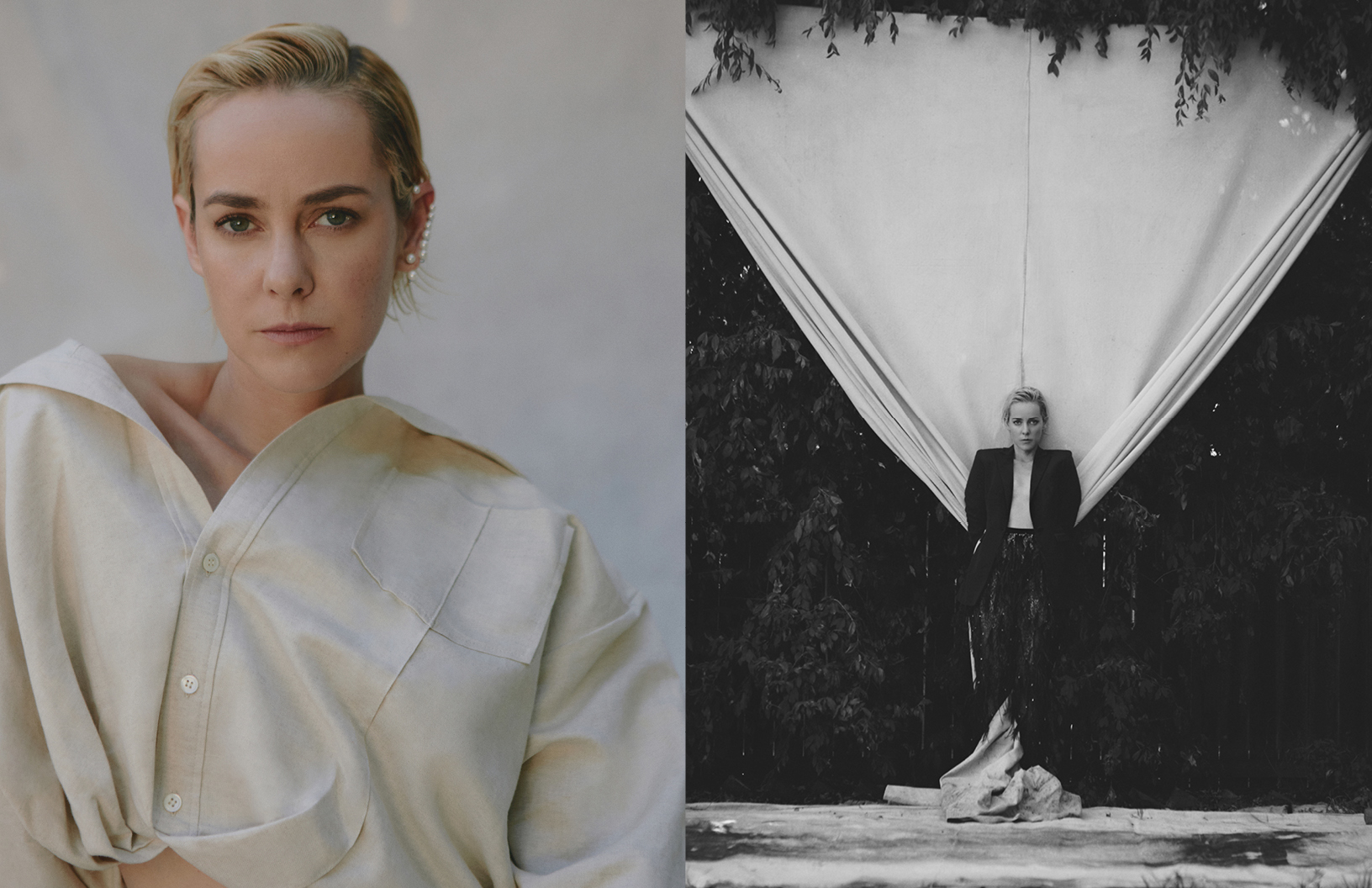 Lately, there has been an activist bent to the work Malone undertakes. She posts frequently about social justice causes on her Instagram, encouraging her followers with book lists, invitations to join her in watching congressional testimony, and sharing stories of those impacted by the power imbalance woven into the political system of the United States. Her latest project, Antebellum, the debut film of activist filmmakers Gerard Bush and Christopher Renz, is a greater realisation of this.

Working from the activist mindset of Bush and Renz impacted the environment both on-set and during preparation, Malone says. “Activism in art can be a lot of seed work, whereas activism in life is so much about the action. Activism in art is a lot about the work that is done before the art gets made,” she explains. “[Bush and Renz] weren’t demanding people read theory or history. No one was being schooled on their rhetoric. [Bush and Renz] were planting really explosive ideas that could then grow.”

But Antebellum is far from an underdog story from the perspective of Malone’s character. Without revealing too much of the plot, Malone’s character is a ruthless tyrant, exploiting those around her in pursuit of a historically-themed power fantasy. Malone’s journey with this character involved a considerable amount of learning with much of that learning, she admits, taking place after the film had long been completed.

“I think that when you’re in [character] and staying active in it, it’s hard to keep analysing it. Sometimes you have to get down into the animal of it and just let it be,” she details. “[Bush and Renz] gave me this really interesting book about female enslavers. It was this whole book about these white women during this time, the Antebellum, that wasn’t male-driven. They were the women who ran the household, managed the enslaved people, and how everything worked in those particular plantations. I found that to be really fascinating, and that really informed how I approached Antebellum.” 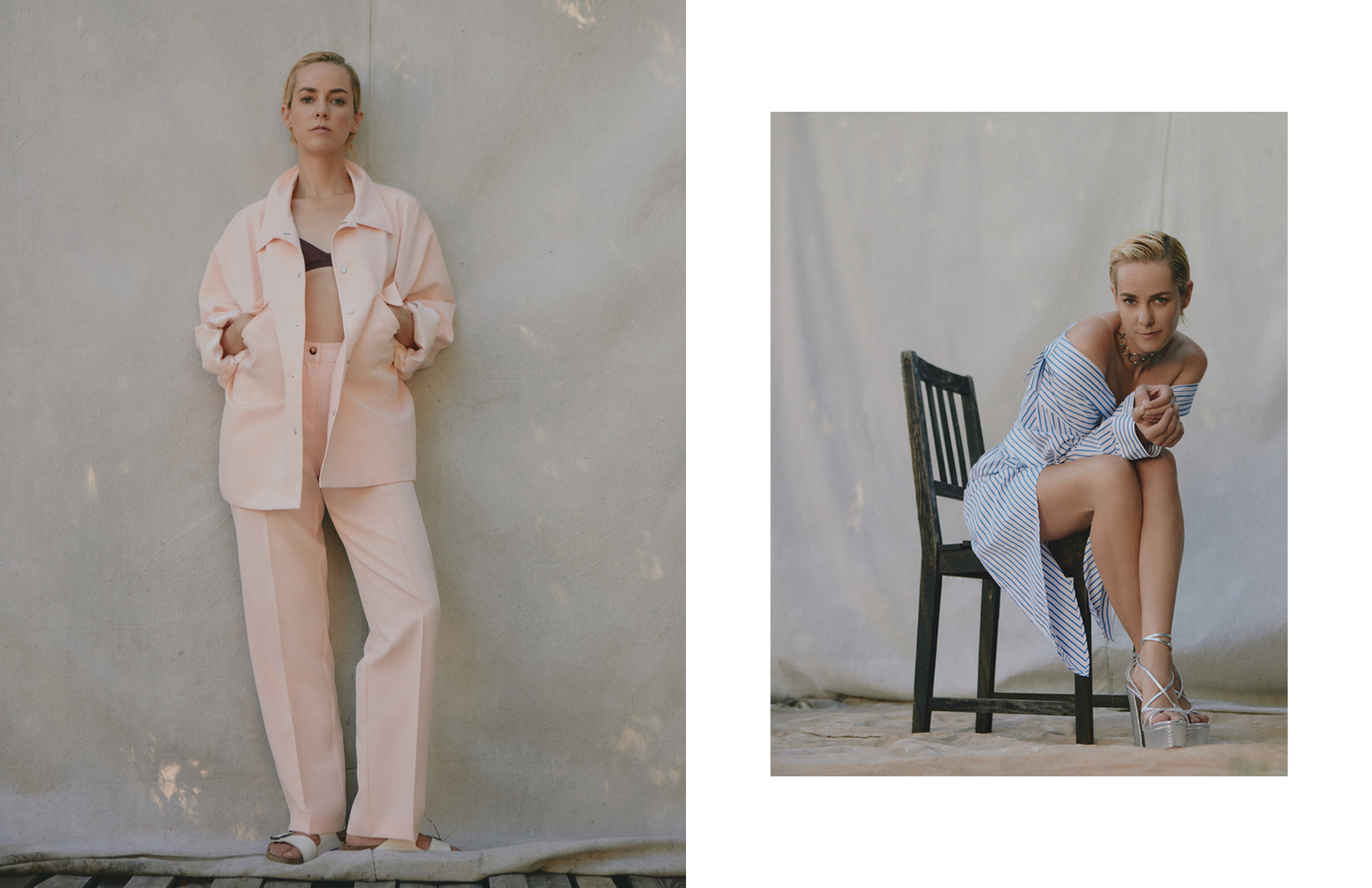 “To be perfectly honest, it was really this movement in lockdown, this sort of new reactivation, awakening, reckoning when I really came to terms with the depths of systemic racism today,” she adds. “I kind of wish I had this type of understanding when I was making Antebellum, but it’s also interesting because that ignorance allowed me to dive so deeply into the fanaticism that was and is that whole world.”

Antebellum was originally scheduled for wide release on April 24 of this year but was delayed due to the circumstances of the pandemic. However, as protests erupted in the United States and around the world, the themes and imagery presented in the film have proven oddly prescient; one notable scene features a still-extant statue of Robert E. Lee, referencing a major point of conversation in U.S. politics that returned during the protests this summer.

“The sort of ‘gift’ of the pandemic was this great unraveling of the idea of resilience,” Malone muses. “We really realised how little our [federal] government does for us, how much our local government does do for us, and how much we are able to do for ourselves… We’re now in this space of a deep unfamiliarity which only encourages change, discomfort, and growth — not only does it encourage it, it demands it out of us… I think that once you learn that, it’s very hard to unlearn.”

As the continuing pandemic keeps people in their homes, Malone hopes that this period of distance from “normal” life can provide an educational opportunity for others in the way that it has for her. “I think I’m becoming more of a temperamental actor, I guess,” she laughs. “I think that now, the level of being awake is affecting me and the parts that I’m taking… It’s not even just the parts I’m taking now. It’s like, what am I saying in the part? Are these words oppressive? And how can we change these things?”

Change may come slowly, but with more voices like Malone’s, it’s sure to be set on the right path. 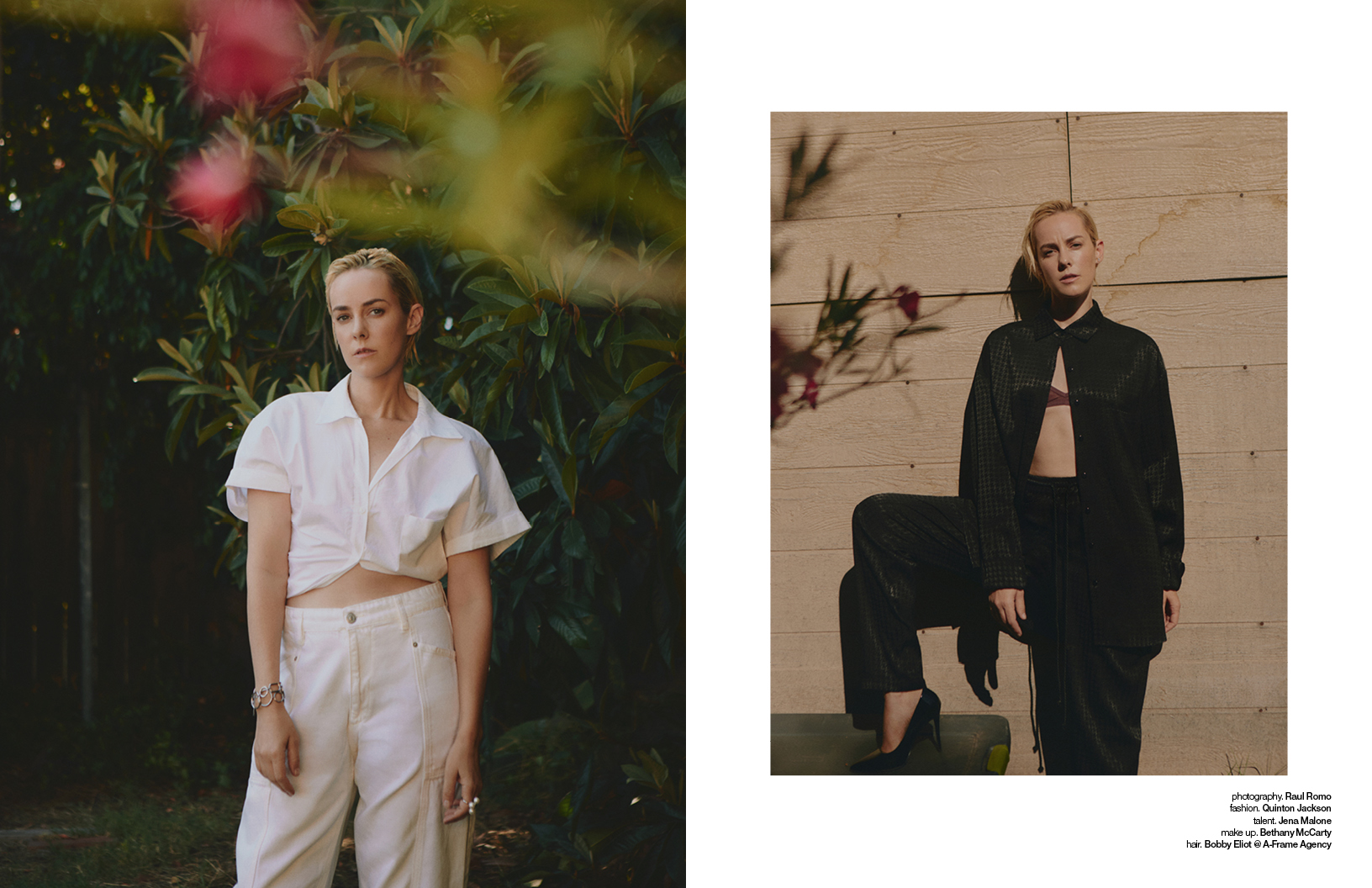