After only moments speaking with Ugandan-born, London-bred musician Jareth, her positive outlook on life and electric-like energy has you captivated; that’s before you have even set ears on that rich, soulful singing voice. A voice you have no doubt heard thanks to a £10 million advertising campaign with Roberto Cavalli, and features with the likes of Bashy, Lioness and Chris Lake. But 2014 is the year for this 26 year-old to make waves of her own, she was recently chosen for Herbal Essences’ new ad, and her debut single The Feeling featuring Ghetts is out next month; so we catch up with her to talk making music and making it happen… 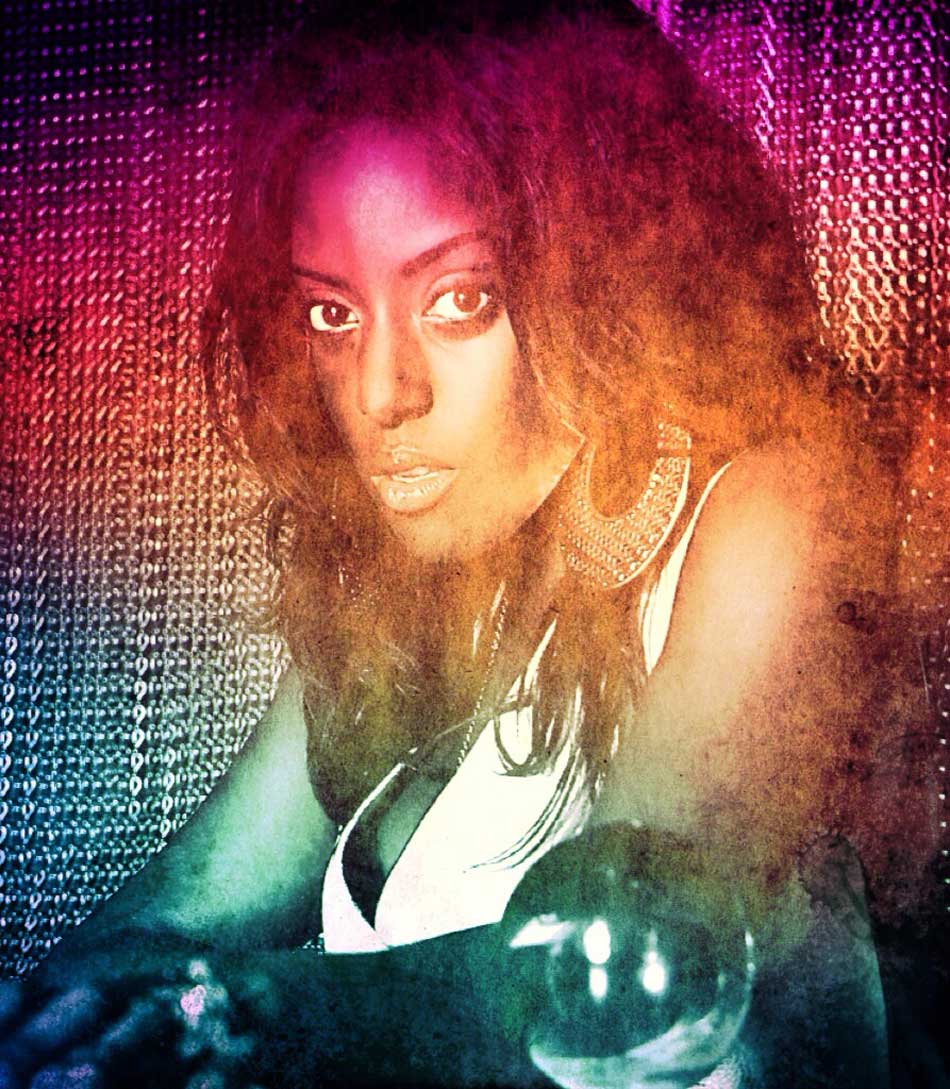 Which music artists have been inspirational to you?

Amy Winehouse definitely, I remember hearing her voice, her vocal and the things that she was saying and thinking, “What? This is allowed? You can actually talk your mind and have a voice that sounds like that?” Up until that point I never really noticed any vocalists that I could identify with sonically speaking… I thought it sounded a little bit like how I sing, and if that’s accepted then maybe people will like what I have to offer.

It’s true, you have a very distinctive, soulful voice, so what drew you to grime?

Things have been coming up at the time that they’ve been coming up, things are just aligning the way that they have and projects have come to light. I don’t have a particular thing for grime, it’s just something that I did one day, a few times – I like all the genres.

How did your collaborations with Bashy and Chris Lake come about?

It really was just a matter of being at the right place at the right time; I’m very much a believer of the law of attraction. I’ve grown up listening to grime, garage and always loved what he [Bashy] did artistically, I always knew at some stage I’d want to do some work with him, I just didn’t know when or how. With These are the Songs I’d actually recorded the whole song with verses many months before Bashy had heard it. He walked into a session with the producer that I work with, Ziggy, and he played Bashy the song and he really liked it. I’ve done so much work with Ziggy it’s quite normal for us to just collect music, and not necessarily do anything with it straight away.

Do you think collaborations are a good way to get your sound out there?

I don’t know how it would be for an artist coming into the industry now, but it’s how things have worked out for me. I see signed artists struggling to get people to listen to what they have to say, so when you’re independent, there’s only so far you can go when you’re on a tight budget. The best thing for me was to do features to get people more aware of me, so when I put my own stuff out, people are a bit desensitised to my sound and what I do. It can be quite tricky going down the whole feature route because you can lose your identity… I always try to make sure they’re musically just, they make sense and we both sound like two individuals making a statement.

You wrote Girl in the Mirror which was picked up by will.i.am for Cheryl Cole, did you have Cheryl in mind when you wrote the song?

No, again I just make music for the sake of making music because I’m an artist. It was a song I’d written a year before they came across it, it was just sitting there; I guess the stars were aligned.

Is it quite difficult to give songs away?

I’m really flattered by the idea that somebody likes my work and idea enough to make them their own, for me that’s the biggest compliment. Especially if you’re helping me contribute to bills, then thank you.

You are the voice of the Roberto Cavalli Parfum campaign, how did that come about?

My producer, Ziggy had a friend that did a lot of stuff for ads; he called me up… so I went down because it was local. I literally recorded that vocal in the guy’s bedroom, it was so crazy, I didn’t honestly think it was going to go anywhere because I’ve done some stuff for ads before and nothing really came of it. I really didn’t expect much from it… originally the campaign was just meant to be for Europe, but it’s been going on for a year now and it went worldwide, so I’m pretty chuffed. I’d like to think my vocal had something to do with that. It’s just again, right place, right time, because it could have been anyone, I just happened to be free.

I’m getting a feeling that you believe in fate?

Yeah very much so. But I’m very practical when it comes to leaving things to the universe, I’m very much a believer that we create and shape the realities that we experience… You need to get your readers to watch The Secret and take note; the things you believe in become your reality.

You’re a pretty fierce female in a male dominated industry; do you feel a duty to present a positive image to your fellow woman?

I feel more of a duty to myself to create a positive image, it’s lovely to think that I could empower others, but this is my life isn’t it? If I’m not empowering myself then this whole experience is going to be crap. It’s nice to think that the way I present myself could positively affect others, but really I am thinking about myself because I know the reality of not rating myself and that’s depression and depression isn’t cute.

Why did you choose Ghetts to feature on the track?

It was a lot like how it was with Bashy, I’ve always been a fan of Ghetts and always knew someday I would work with him. When I recorded The Feeling there were actually two other MCs that I had in mind, but when we had a go at it, it didn’t really sound like I wanted it to sound. So I got my manager to sort it out and he brought back Ghetts’ verse and I was like, “Wow, this is the song”.

Your new single, The Feeling talks about the importance of believing in yourself, do you?

Oh you have to fake it before you make it, if you don’t believe it how is anyone else going to?

For more features check out the latest issue of Schön! Magazine
Download Schön! the eBook
Schön! on the Apple Newsstand
Schön! on Google Play
Schön! on other Tablet & Mobile device
Read Schön! online