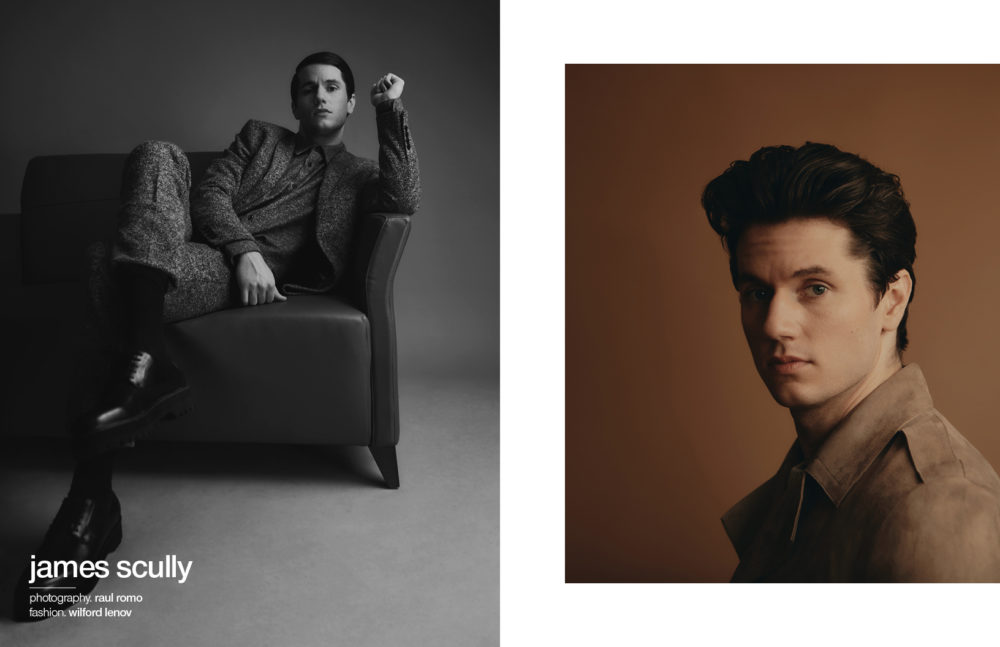 Earlier this year, You star James Scully penned a personal essay for Backstage about his history as an actor. In the essay, he shared stories of rejection, bad reviews, and endless self-criticism, a process he described as “a lot of waiting, a lot of worrying about things I couldn’t change, a lot of punishing myself for decisions I didn’t make.” Today, however, Scully is “at peace.”

The 27-year-old actor just completed a much-beloved run on Netflix’s runaway serial killer hit You, and with a range of opportunities on his horizon, Scully can finally, if just for a moment, rest easy.

On You, Scully portrays Forty Quinn, the charming but ultimately haunted twin brother of Love. “He has an ennui and insecurity that comes from the same place as it does in a lot of creative people,” Scully exclusively tells Schön!. The actor cites his own career experiences as well as observations made from wandering Los Angeles as influences for Forty’s behaviour. “He’s not enough, people don’t love him, he’s a burden to the people around him — these are feelings that probably all of us have had.”

Prior to You, Scully’s main credit was as a series regular on the ill-fated television adaptation of Heathers, which, as he wrote in his essay, left him “deeply bruised.” Returning to television as Forty, Scully felt a creative reinvigoration, taking the return as an opportunity to invest deeply in the creation of his character.

“I had a meeting with the writers very early on, before we even really started, where they sort of laid out what they saw to be the general arc of the character,” he recounts. “Sometimes in television, there’s so little time, and people don’t really want to take a moment to talk about things like what your character’s favourite colour was when they were a child. But the writers of the show love what they do, and they love writing for this show specifically.” He pauses. “I got really, really lucky,” Scully admits, his voice still rich with disbelief. 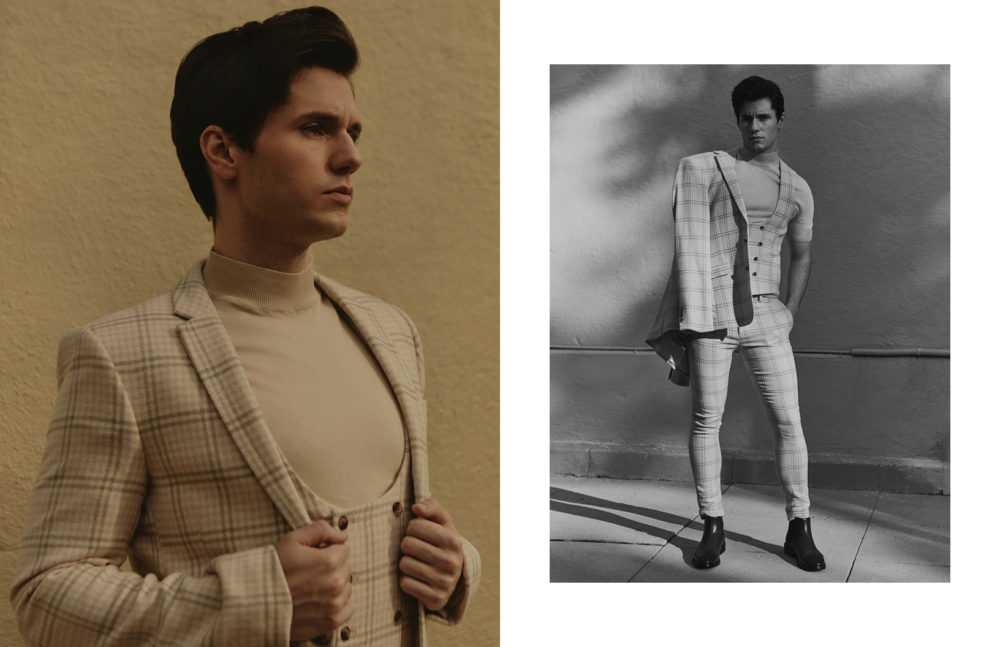 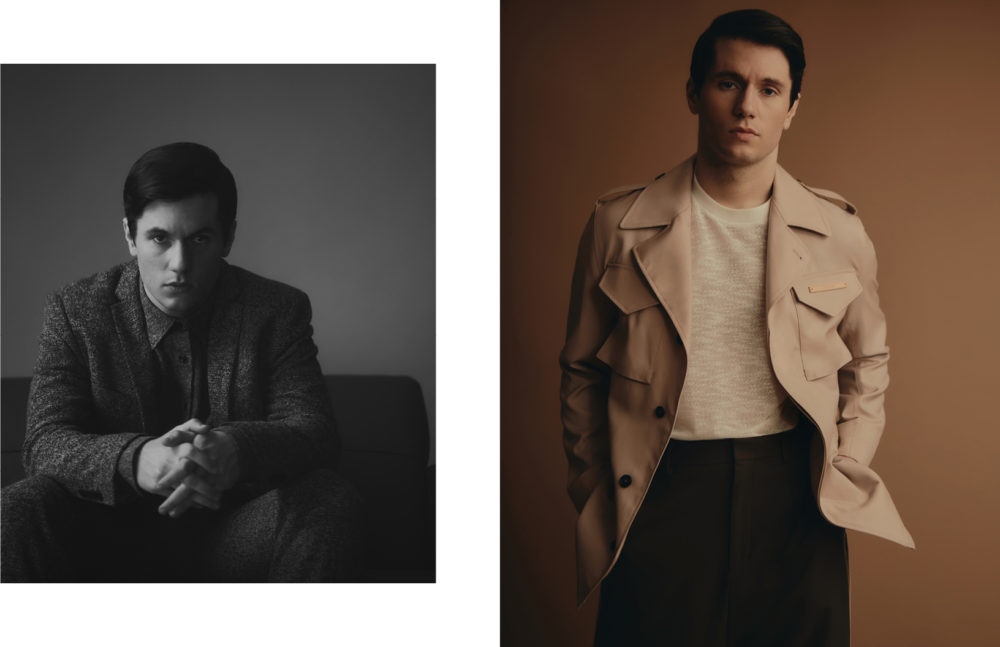 On one level, Scully is more than aware of some of the series’ unbelievable moments — and the obsessive fandom that now surrounds them. “The show can get pretty ridiculous, but the fans somehow manage to imagine scenarios that are even more ridiculous than what the writers put on the page,” he says. “It’s brought out that really interesting fanbase that’s like, ‘I want Joe to find me and stalk me and murder me.’ I’m like, ‘hmm. I love the passion, but maybe just apply it in a different direction, you know?’ Couch that love in a reality that’s healthy for you. In the interest of keeping a clear head I try to avoid all that,” he laughs. “Don’t have a Twitter account, I’ll say that.”

But beyond this surface-level mix of fear and fascination, insecurities highlighted by shows like You have a near-universal reach, a fact that seems to haunt Scully. “We’ve normalised loving people so intensely,” the actor warns. “Anytime I learn that my friend is dating a new person, what’s the first thing I’m going to do? I’m going to thoroughly vet them using any social media resource I can. Everyone does that. It’s the norm now. It’s the norm to try to figure out somebody’s entire life story before you go on a first date with them.”

“I think that’s why [You] works,” he continues. “You see part of yourself in Joe, a part of us that’s insecure about the people we date and just wants to have control of our lives. Then you see this other side that you — hopefully — cannot relate to at all. Looking at a character like Joe makes us look at ourselves, and I know the idea of holding a mirror up to society is so tired by now, but that’s still what we’re doing. We’re still out here doing it, just churning out mirrors.” 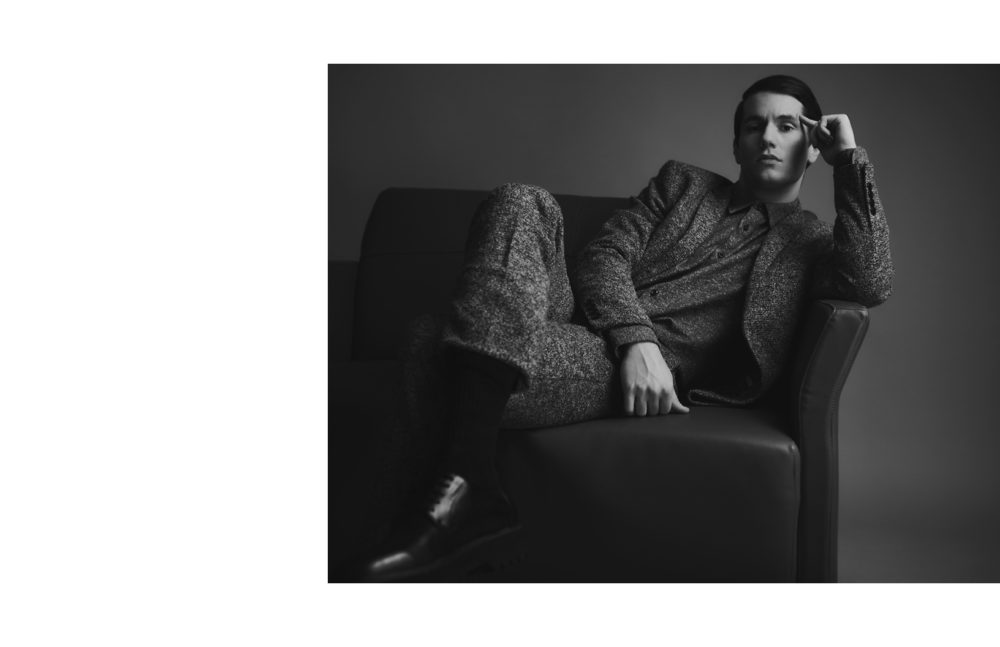 You is yet another entrant into the recent spate of serial killer-related content populating television, film and the media at large in recent years. Some may worry about this increased fixation on killers, but for Scully, seeking this type of darkness is just part of life. “Look, My Favorite Murder is my favourite podcast, so I get it,” Scully remarks. “It’s funny, and they bring this up on that podcast a lot, but they’ll say things like, ‘We know other people think this is weird,’ and I’m like, do they? It’s super normal.”

“For better or worse, serial killers exist,” stresses Scully. “But I think something we’re learning lately is that killers come in all different shapes, sizes and positions in the world — sometimes even positions in our government. But of course, that’s too grand. That’s too heady. Nobody wants to watch a show about how politicians are in some ways akin to serial killers. But hey, a show about a really cute guy who has very intense relationships with everyone around him? That works.”

As the conversation moves into lighter territory, Scully can’t help but bring up that “really cute guy” again, his You co-star Penn Badgely. In the second series, Forty and Joe have a gripping, tumultuous relationship, made easier for Scully by the fact that Badgely is a “perfect angel of a person.”

“He is the show, and that sets the tone for the whole set,” Scully explains. “It becomes easier to do those awful, hard scenes because, as soon as the camera is done rolling if I ever needed a moment or even a pat on the back, we were all there for each other. I cared deeply about everyone I worked with on that show. They’re all just really quality human beings, and that made everything really bearable.”

This applies even in You’s most difficult moments. “There are scenes where Penn and I are screaming at each other, inches away from each other, face to face, and then we just laugh. We can just be like, ‘Isn’t this silly that this is our job? That we come to work every day and pretend to murder each other?’”

As the chaos of You’s series two settles, Scully is excited to return to the screen. Before he does, he’s got a little advice for fans of the series. “Be kind to yourselves,” he says. “And don’t date people like Joe.” 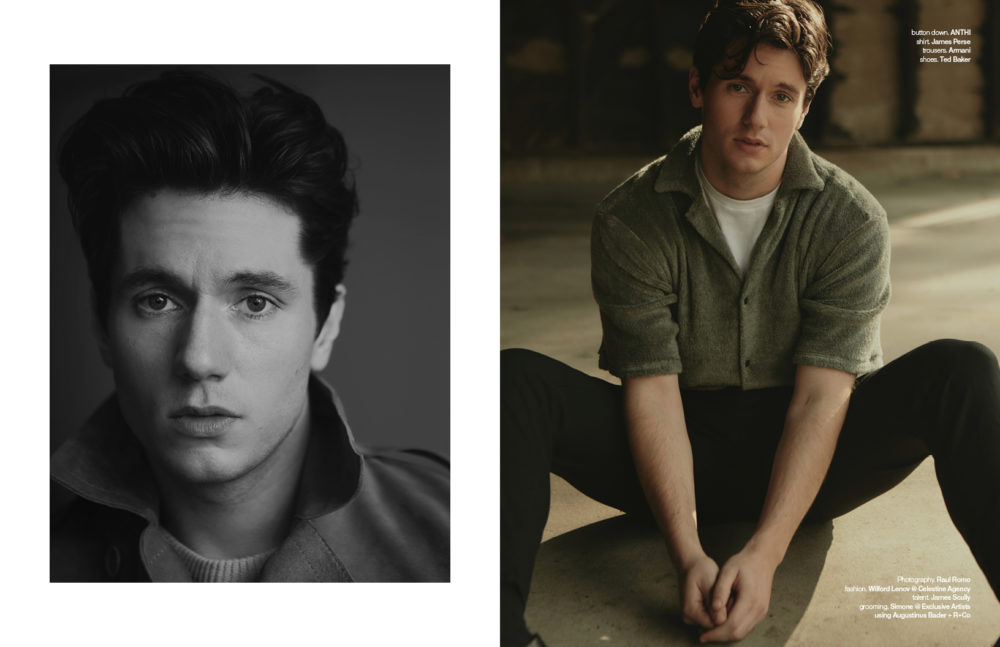 ‘You’ is currently streaming on Netflix.