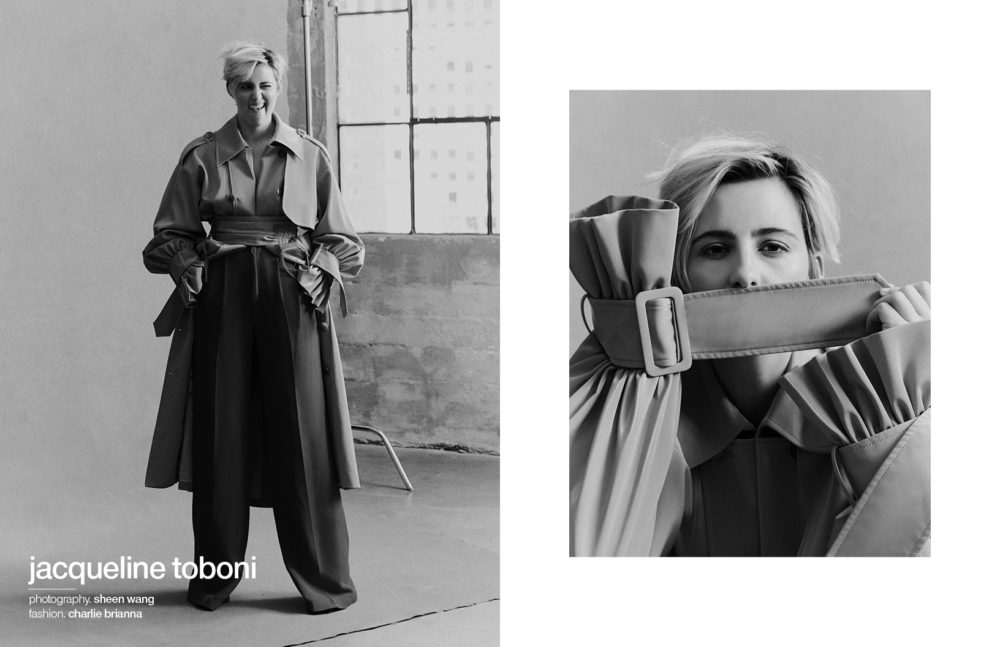 After her recurring role as Theresa Rubel (otherwise known as Trubel) on supernatural series Grimm, Jacqueline Toboni has been on a steady momentum. The San Francisco native has so far starred in the comedy-drama Easy as Jo, crime film The Bygone as Jamie, and now, she features in The L Word: Generation Q as Sarah Finley, one of the main characters.

Showtime’s The L Word: Generation Q, a sequel to the popular L Word, is set over ten years after the events of its ’00s predecessor. Even though we follow a younger generation, characters from the original series, such as Bette Porter and Shane McCutcheon, return. In the same vein as its prequel, the series documents the life of a group of friends and explores their struggles, the majority of whom are lesbians. Toboni plays Finley, an executive assistant to Alice Pieszecki. We follow Finley through her journey, as she reckons her queer identity with her religious upbringing. Amidst the airing of The L Word: Generation Q’s first season and with the recent confirmation of a second one, Schön! caught up with Toboni to discuss her career, inspirations, and hopes for the series.

I started acting when I was cut from the basketball team. So I need to send Coach Mike Mulkerren’s a thank you letter for not believing in my athletic ability. Otherwise, I wouldn’t be answering these questions right now.

You grew up in San Francisco but currently reside in Los Angeles. When did you decide to make the move? How’s the experience been so far?

I grew up in San Francisco but went to college in Ann Arbor, Michigan. When I was a senior I was cast on the show Grimm which moved me to Portland. Because I had experience in television, I knew Los Angeles was the right move after that. It took some time for me to settle into the heat and the strip malls, but five years later…I love it.

How did you land your role in The L Word: Generation Q?

I went through a series of auditions. I felt a connection with Finley immediately. I have worked with the showrunner, Maria Lewis-Ryan before. I know she values preparedness and a natural approach to the text, so I just went in and did my take on Finley with that in mind. 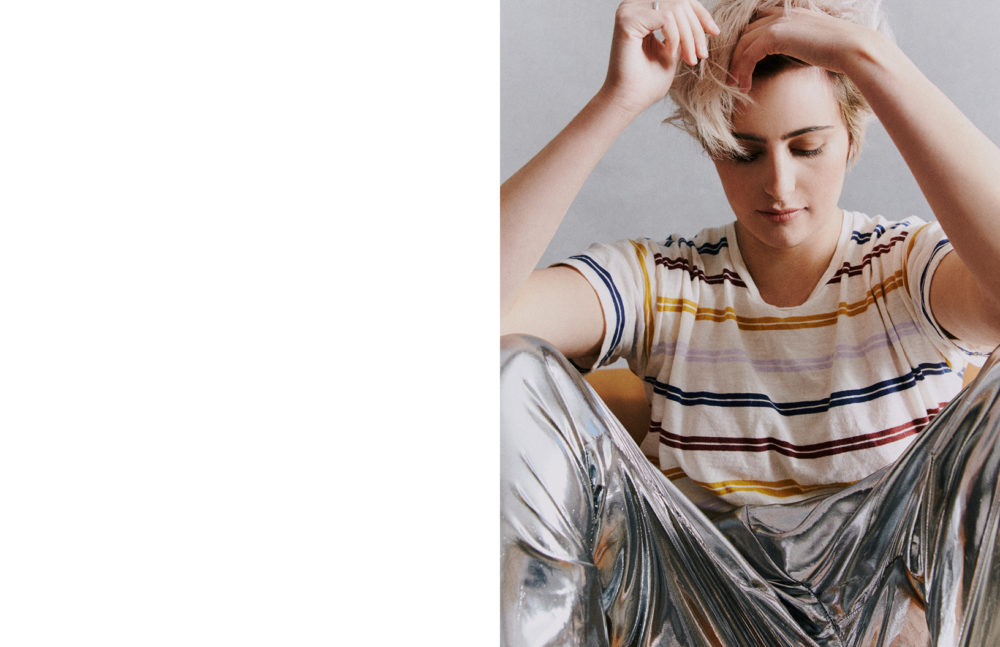 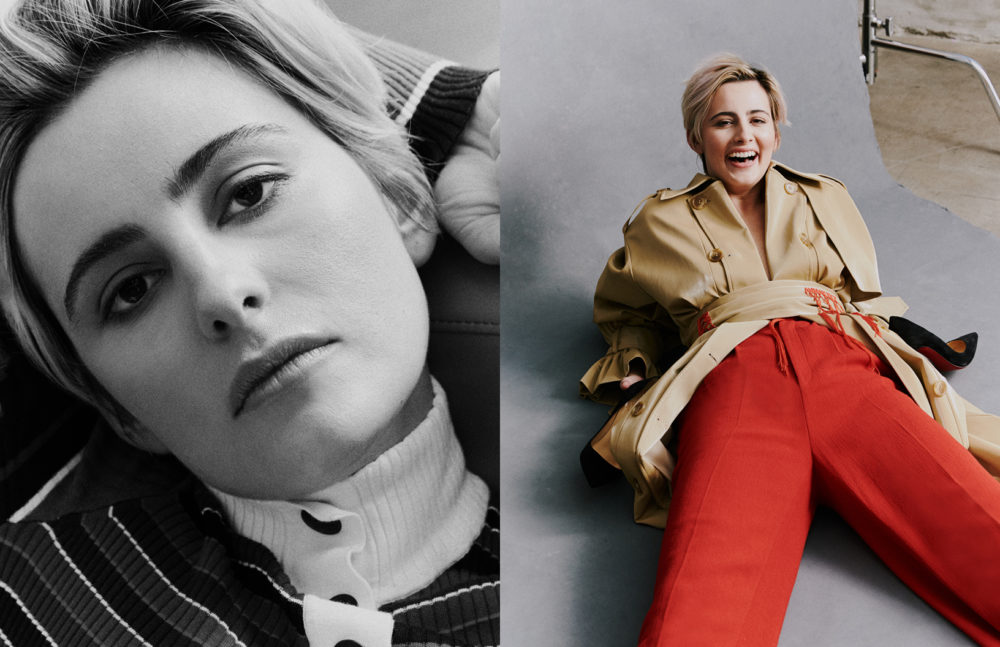 How do you feel The L Word: Generation Q is different from the original L Word?

I think the show has changed with the times. On a practical note, a lot of the non-cis male queer community lives on the east side, so we changed the location from West Hollywood to Silverlake. On an inclusion note, we have a lot more of the queer community represented because that’s what our world looks like. Those are my people, my friends, my L.A.

Did you feel any pressure going into such an already established series with cult following? How did you overcome it if so?

Of course, I did. I mean at the end of the day I’m just a fan that happens to be an actor that got cast on this iconic show. It’s scary. But the OGS (Jennifer, Kate, and Leisha) made it clear that this was now all of ours.

Can you describe to us how you mentally and physically prepare yourself to descend into the role of Sarah Finley?

I’m so thrilled I get to play this character. She’s joyful and troubled and all sorts of wonderful. It’s an interesting role because shame is such a key element to Finley. Shame and also humor. What fun opposites to play. I needed to sit in the pain that her religious upbringing and her family caused her while also letting her self-effacing humor cover up some of those wounds.

You work with original cast member Jennifer Beals, Kate Moennig, and Leisha Hailey. How was that experience?

Incredible. I don’t work with Jennifer because our characters don’t have any crossover but she makes up for that by being incredibly generous and available to the new cast. Kate and I work together quite a bit and it’s really nice to get to see her work. And Leisha cracks me up. I’ll go to set just to watch Alice scenes I’m not in.

Where do you get your inspiration from? Are there any actors or films that you find yourself particularly inspired by?

I’ve been watching Olivia Coleman for a while now, she’s just so good. Succession is the show I’m most interested in. The freedom the actors have in some comedic moments within this Shakespearean-esque drama is fascinating and inspiring. 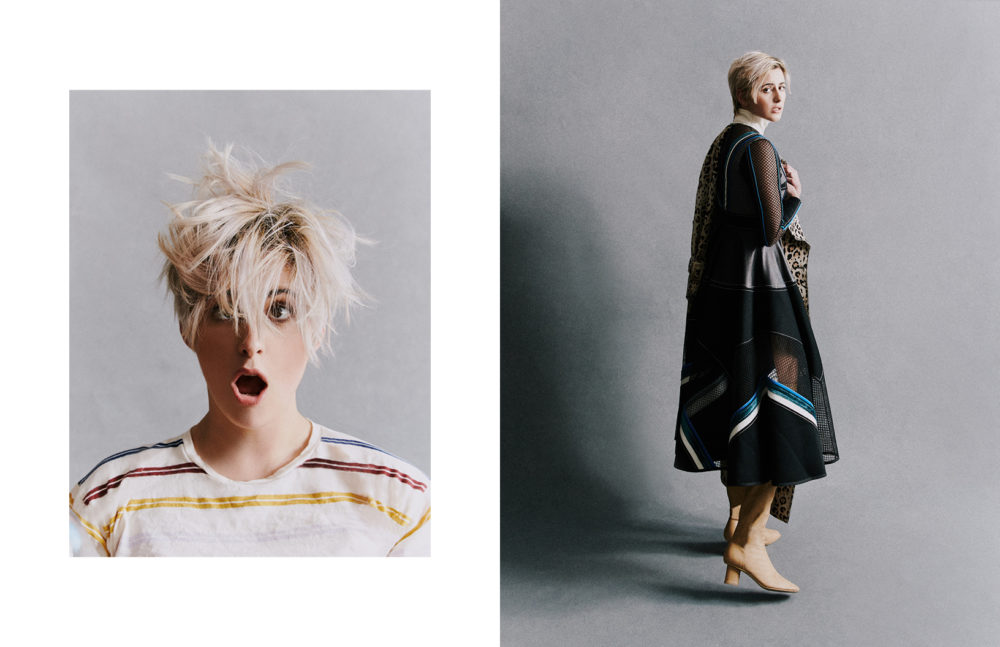 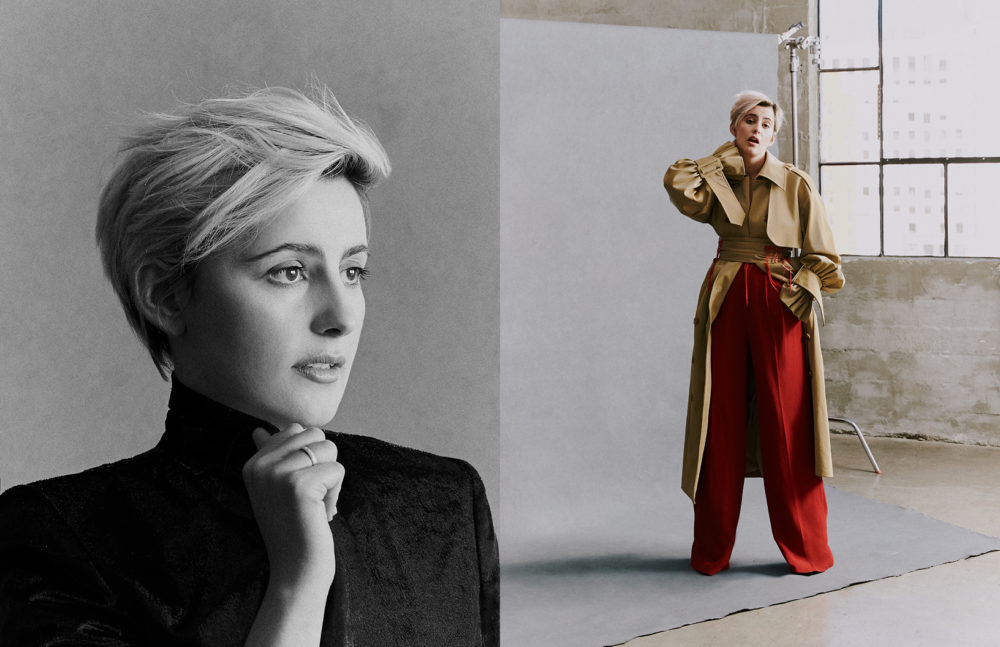 How do you feel as the first reactions for the series come in?

I am trying to stay away from the reviews/twitter unless I’m specifically tagged. I don’t go looking. Good ones keep the status quo and bad ones will send you into a spiral.

Without giving too many spoilers away, what can you tell us about the characters’ arches? Can you tease what shenanigans we are in for as the series advances?

Oh, man. You are trying to get me in trouble, aren’t you? I would say the finale is everything you want and more. It’s some of that good cringe.

What was the most memorable moment when you were shooting this season?

The finale. It felt like one big family hug. That is my way of telling you it’s great without giving you any spoilers.

What has been the most challenging aspect of your role as Sarah Finley so far?

Finley has so much guilt and shame especially surrounding her relationship with the church. It’s really difficult and heartbreaking to go through those scenes. 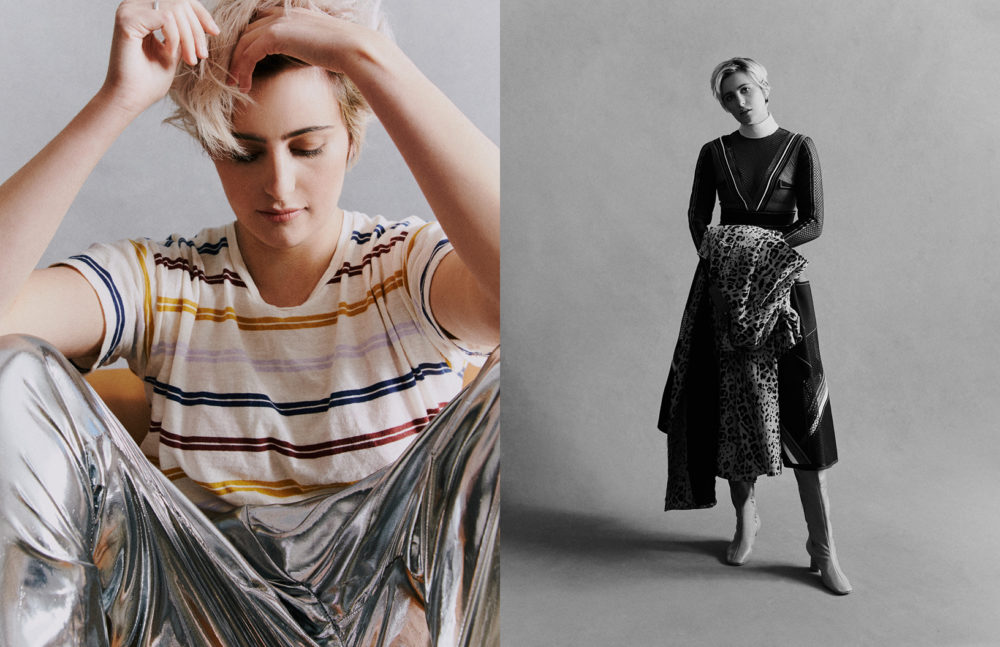 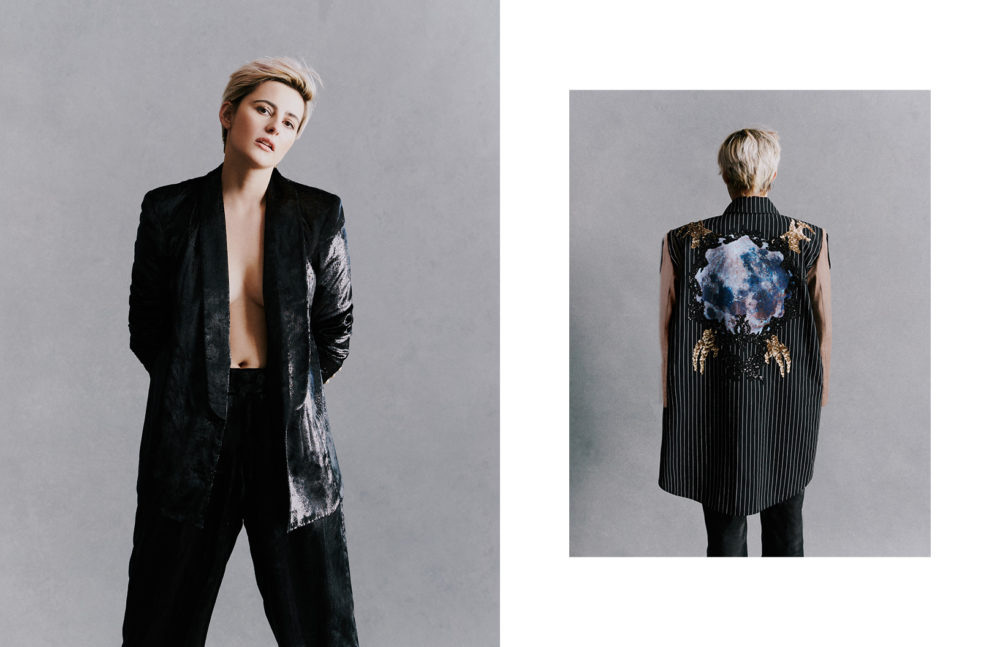 Which themes of The L Word: Generation Q do you resonate with the most?

I think Dani’s work-life balance is pretty relatable. I also relate to Finley’s journey to reckoning her queer identity with her religious upbringing.

How do you think that your role as Sarah Finley interacts with your personal life?

I was raised Catholic so I definitely understand what Finley is going through. The difference being, I have an incredibly supportive family and community.

Would you be down for season two?

What else can we expect from you in the future? 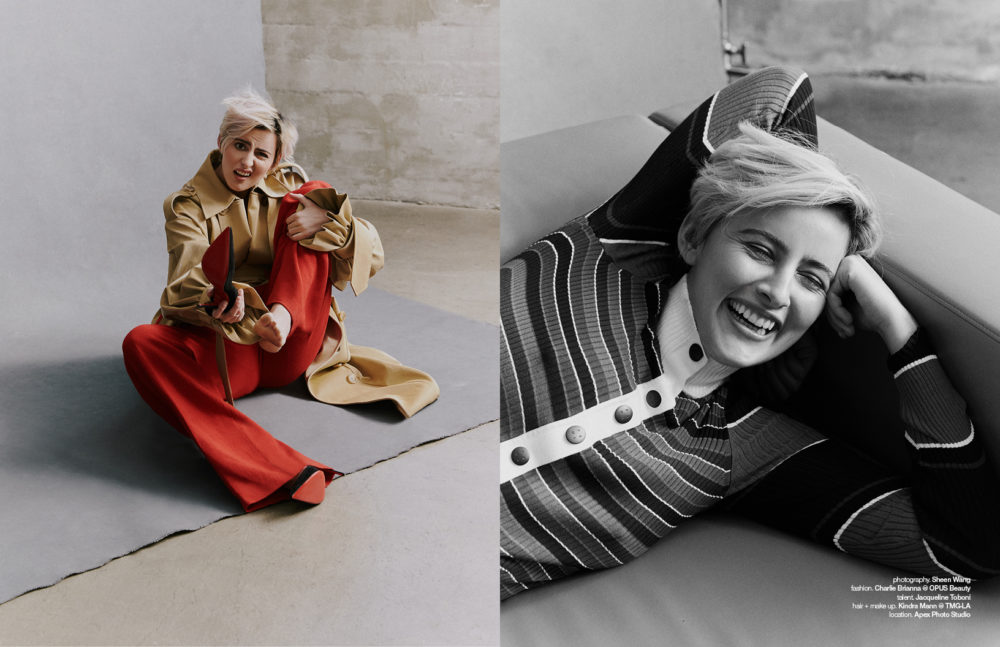