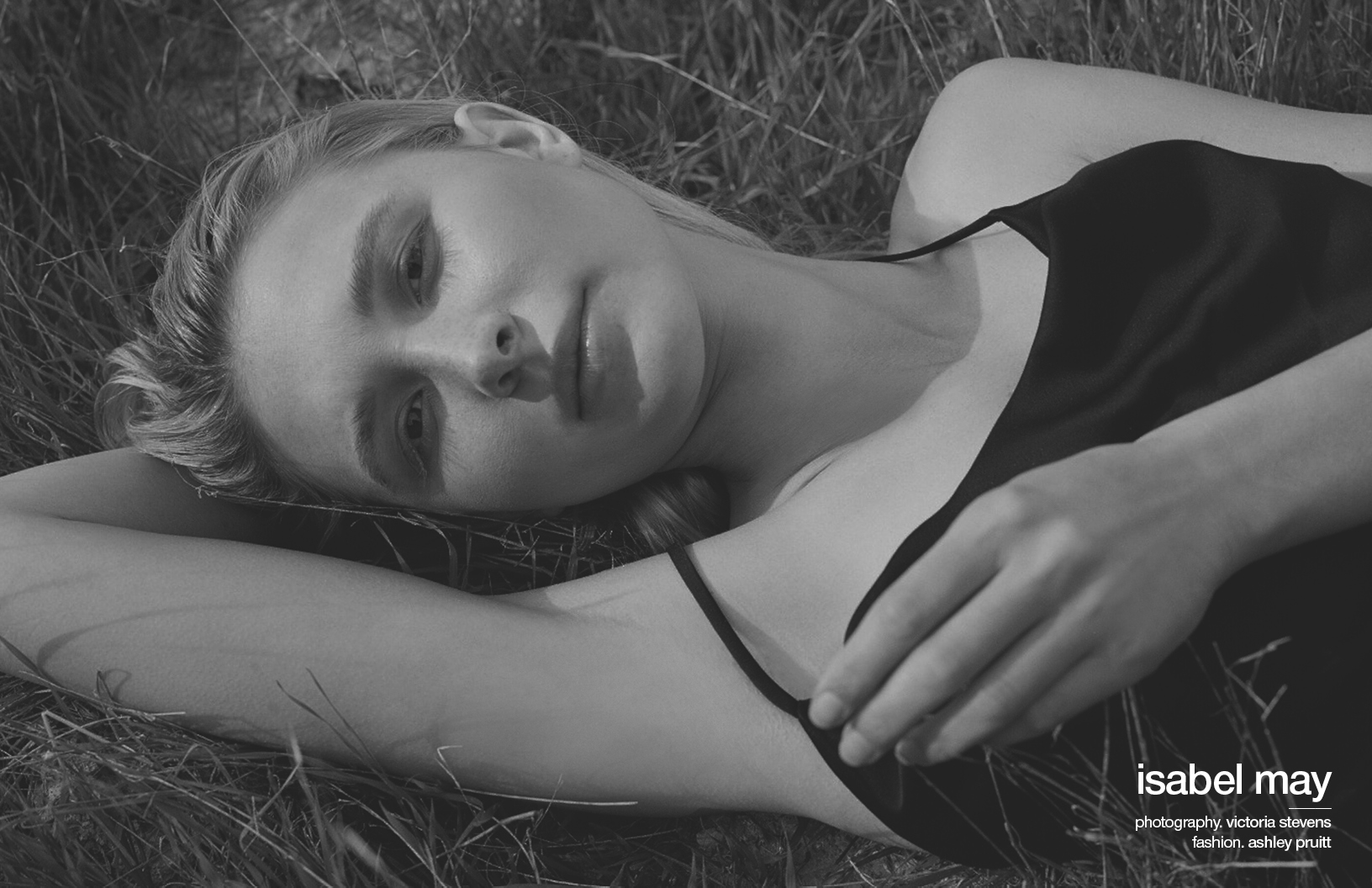 After watching Isabel May ride across the screen as 1883’s headstrong cowgirl Elsa Dutton, it’s surprising to learn that acting wasn’t always on the cards. Her acting pursuit was initially prompted by a sixth grade English teacher concerned about May’s voracious reading habit.

“I rarely communicated with other people and therefore had no social life,” she jokes before revealing that this attempt to transform her penchant for books into a communal mode of storytelling was initially only mildly successful. May opted for the solitary casting room over group theatre, and after auditioning for three years, switched to online schooling in tenth grade so as to optimise her focus on acting. She then acquired her first taste of the industry after landing the breakout role of Katie Copper in 2018’s Netflix sitcom Alexa & Katie.

With little training — a four week programme — and no prior experience, she approached the self-admittedly daunting task with a tenacity and willpower that seemingly comes naturally to May, evidenced by her persistent auditioning, copious reading, learning French and piano and training in jiu jitsu. The two-year gig eradicated inhibitions and schooled her in confidently stepping into a character’s shoes without planning how she’d walk in them.

Her career has since taken a dramatic and thrilling turn, with films like Let’s Scare Julie to Death and Run Hide Fight allowing the actress to explore tragic and intriguing roles. Her fondness for scripts with traumatic narratives, she tells Schön!, is borne from an altruistic appreciation for her “comfortable life”, and she considers it important to take on roles that are the “complete antithesis of that.” 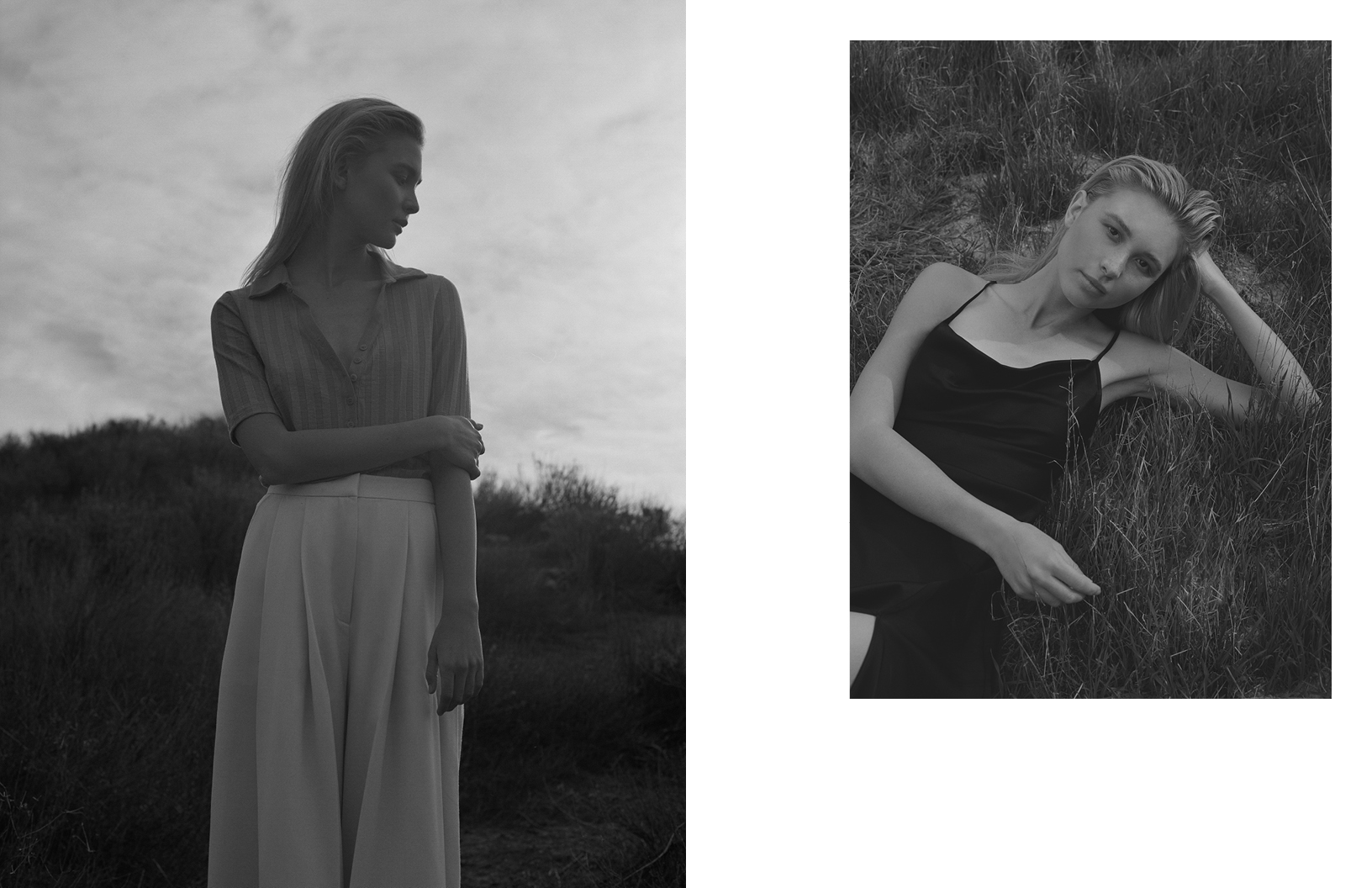 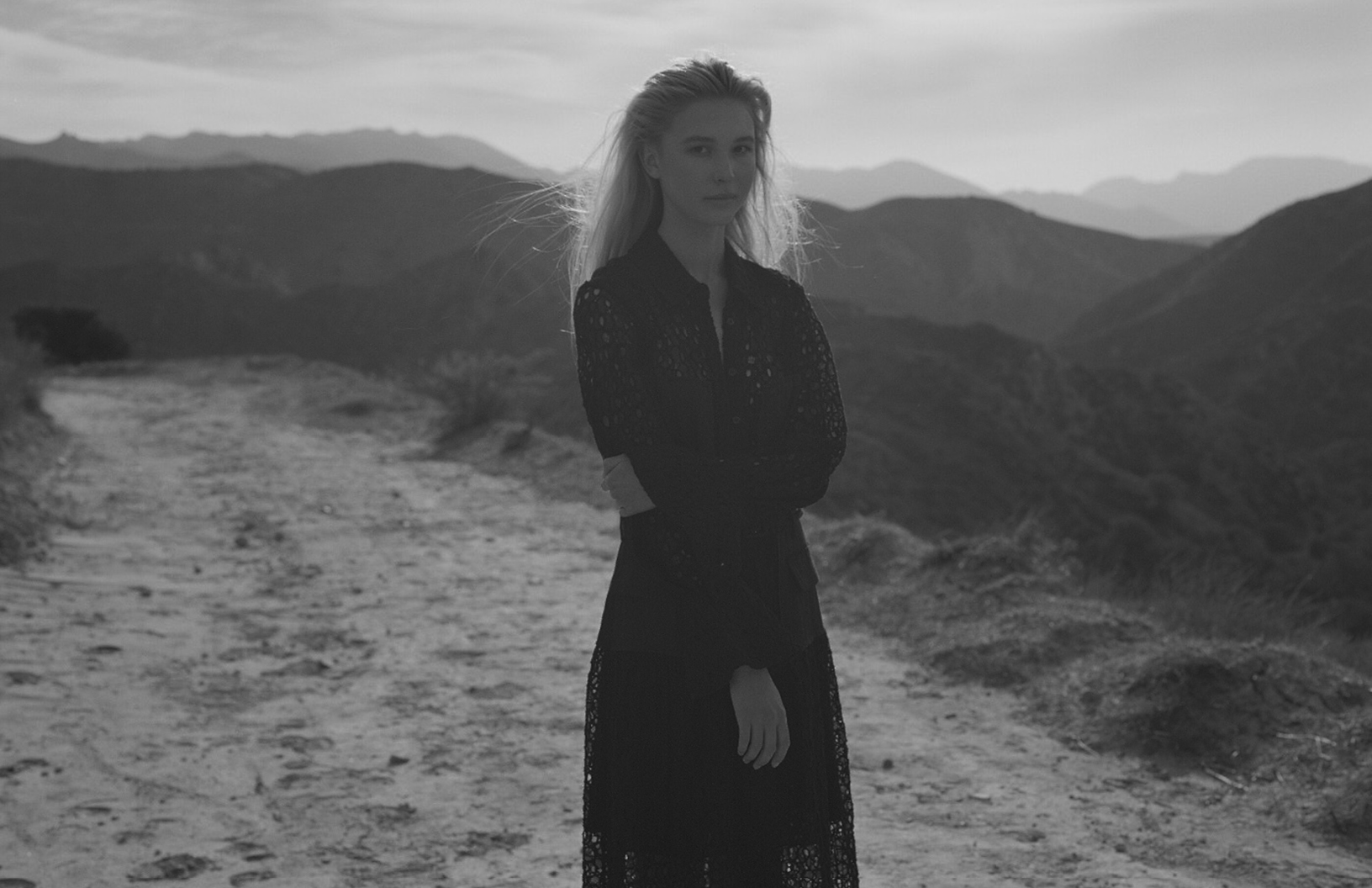 This sentiment is one of many reasons why the starlet readily endured sweltering and freezing temperatures for the recently-released series 1883. A prequel to Yellowstone, the Taylor Sheridan-directed series it explains how the Dutton family initially conceived their ranch, and follows Elsa and her family as they perilously trek from Texas towards the greener pastures of Montana. The prequel graphically relays the hardships of settler life, including snake bites, drowning, starvation, bandits and about a hundred other trials that greatly increased the likelihood of death. But through all the tribulations, May’s character weathers the troubles with a determined look and unwavering desire to survive.

She was originally offered the part of Elsa by Sheridan, who remembered her auditioning for the hit series Mayor Of Kingstown. He believed that she would make a far more convincing pioneer woman, later admitting to May that he recognised Elsa’s ‘hope’ in the young actress. It’s audible in the insightful monologues the young girl recites at the beginning of each episode, with the aside following her lover’s murder being stoically mournful and the next reassuringly disclosing that she’s beginning to see colour again.

“He wrote 400 pages of beautiful poetry,” she says about the director’s 1883 script, before proudly recounting when he sent out script pages and was surprised that she never replied to suggest alterations as most actors typically do. “I said, ‘why? You don’t need feedback!'”

May was overjoyed when she was approached for the role, she says. She immediately set about mastering a historically thick Tennessee accent with a dialect coach, learning how to ride a horse and devouring journals of unknown pioneer women, fascinated by their resilience and wholly appreciative that they were products of their time. “When we think of the past, we think of hardened individuals,” she shares. “But that’s not true. They just had to persevere.”

Whilst filming for 8 months in the Texan wilderness, she increasingly sympathised with Elsa’s desire to be a cowboy rather than the young lady her mother wanted her to be. As a Californian who previously “absolutely hated dirt,” May now says she would now like nothing more than to retreat to “the mountains, in the middle of nowhere, and be by myself.” 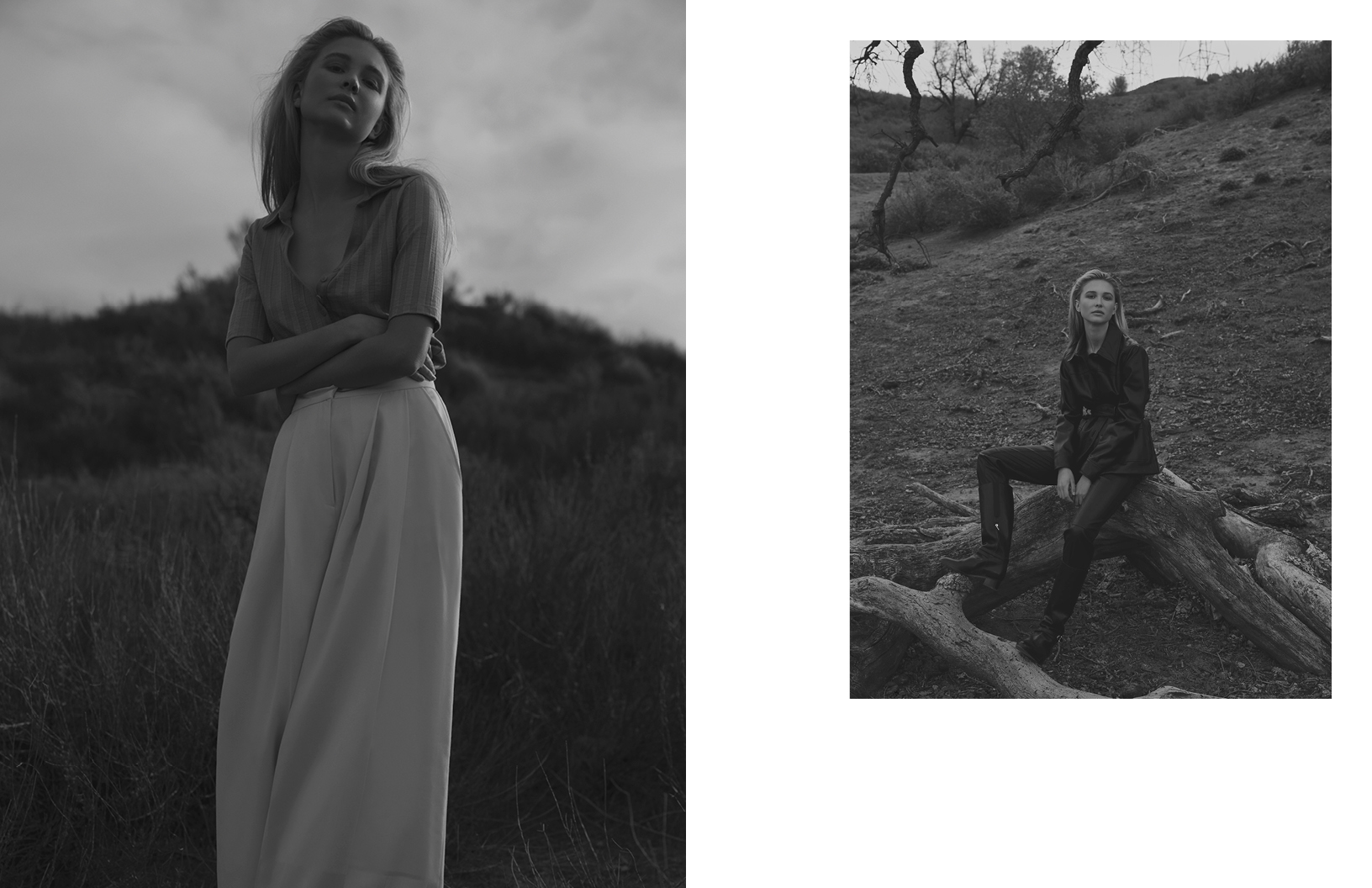 It’s easy to draw comparisons between the actress and her 19th century counterpart — from their sense of adventure and bold, lively spirits to the steadfast grit that sees them through difficult times.

“I think all actors are trying to understand people,” she says. It seems as though this project has allowed May to get to know herself a little better as well. Since the series’ release in December, she’s ignored online opinions and relied on the responses of friends and family to determine if it’s been a success or not.

“Social media is a vacuum of negativity to me, so the less I look at it, the better I feel,” she explains. Rarely posting, the twenty-something is wonderfully introspective (wearing earbuds to public outings to avoid small talk) but naturally charming and glamorous on the red carpet.

She’s currently determined to continue adventuring and will solo travel across Costa Rica for 2-3 weeks. Exploring tropical rainforests and beaches in the saddle, she plans to soon ride through glades of waxing leaves and looping vines, with just a horse and howler monkeys for company. 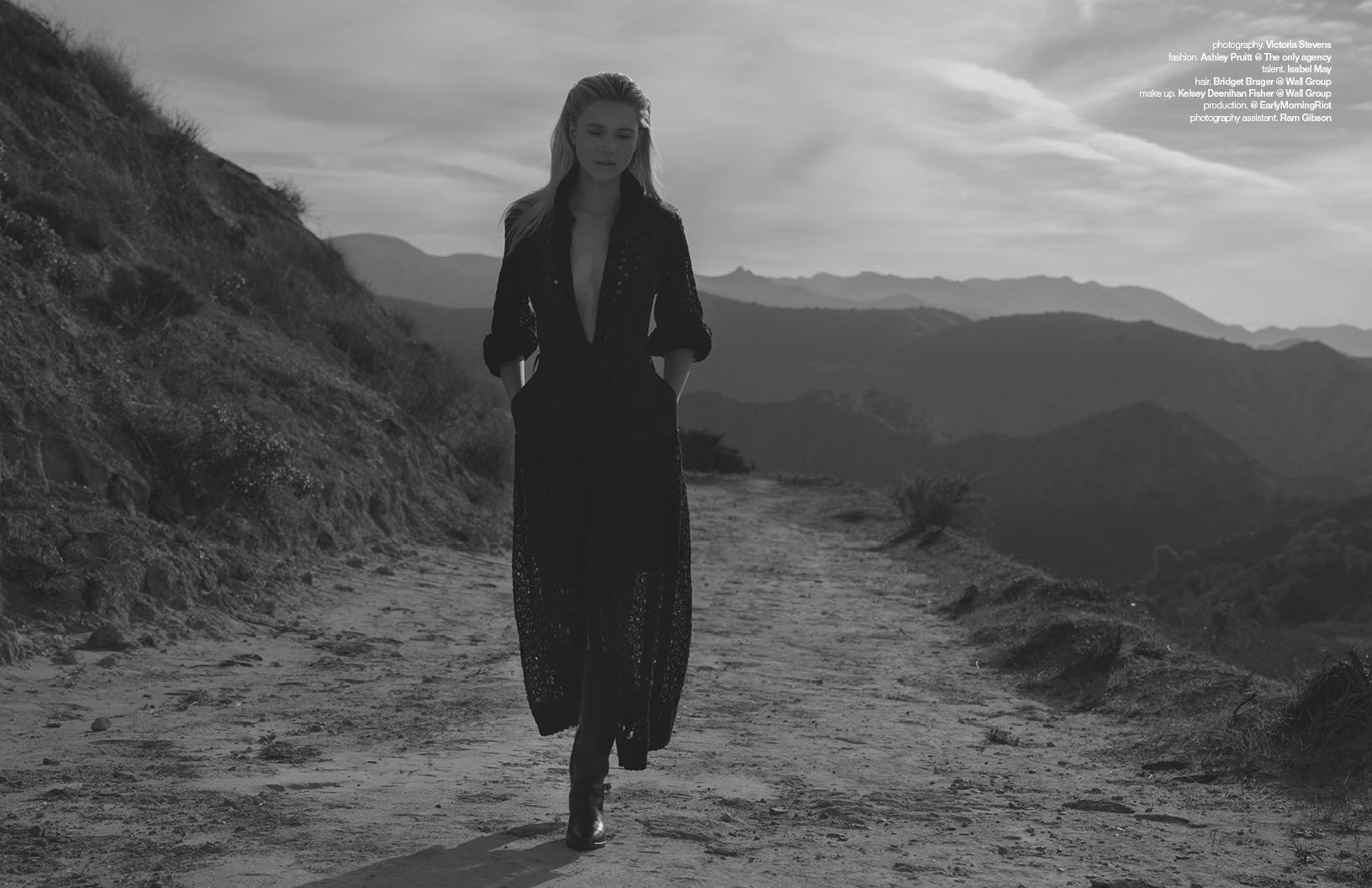 1883 is currently streaming on Paramount+.