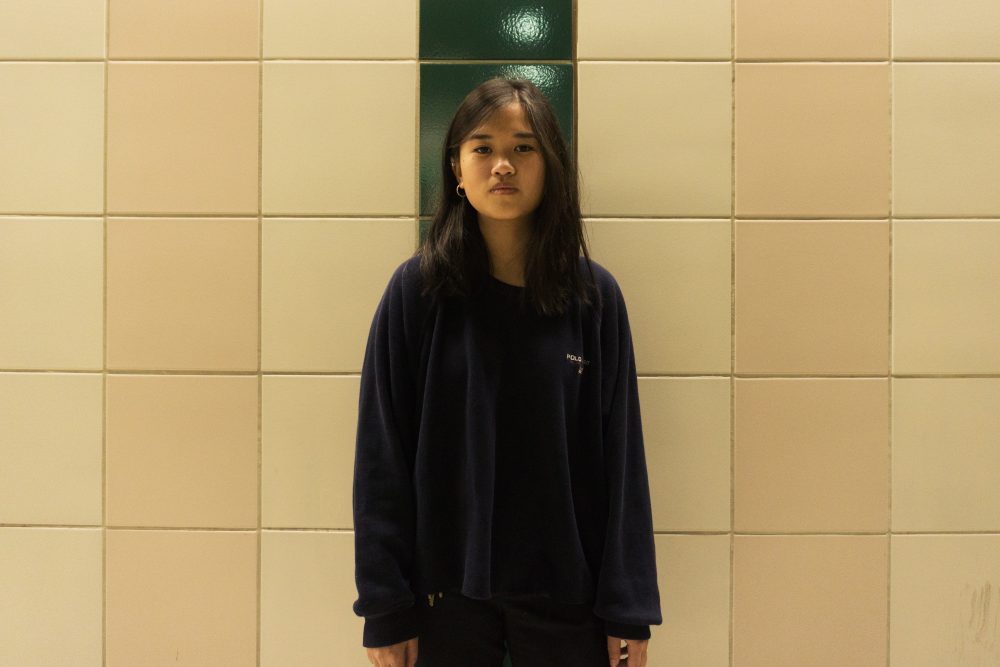 “The garage rock is really solid out here,” says Vu, who now lives in Echo Park after graduating high school and moving from her parents’ home just a year ago. “Growing up around the L.A. DIY scene really inspired me to make music and be a part of that community.” L.A.’s scene became a sort of proving ground for Vu in her early years. “I started gigging around L.A. playing random shows when I was a sophomore in high school,” she recalls.

Vu had her first gig at fourteen, a pay-to-play affair in the city. She still remembers how it all went down. “[It] was on February 20, 2014, at the infamous AMPLYFi in Hollywood where everyone basically has their first show… I think I remember thirty people being there. I wore a blue jacket and I played a white Squier Telecaster.” From there, she continued to perform, opening for the likes of Soccer Mommy and Wet while refining her home-grown sound into something more suited for an in-person audience. “Playing local shows made me aware of what types of songs exist best in my head versus a live setting, and this probably influenced the way I write songs,” she explains. 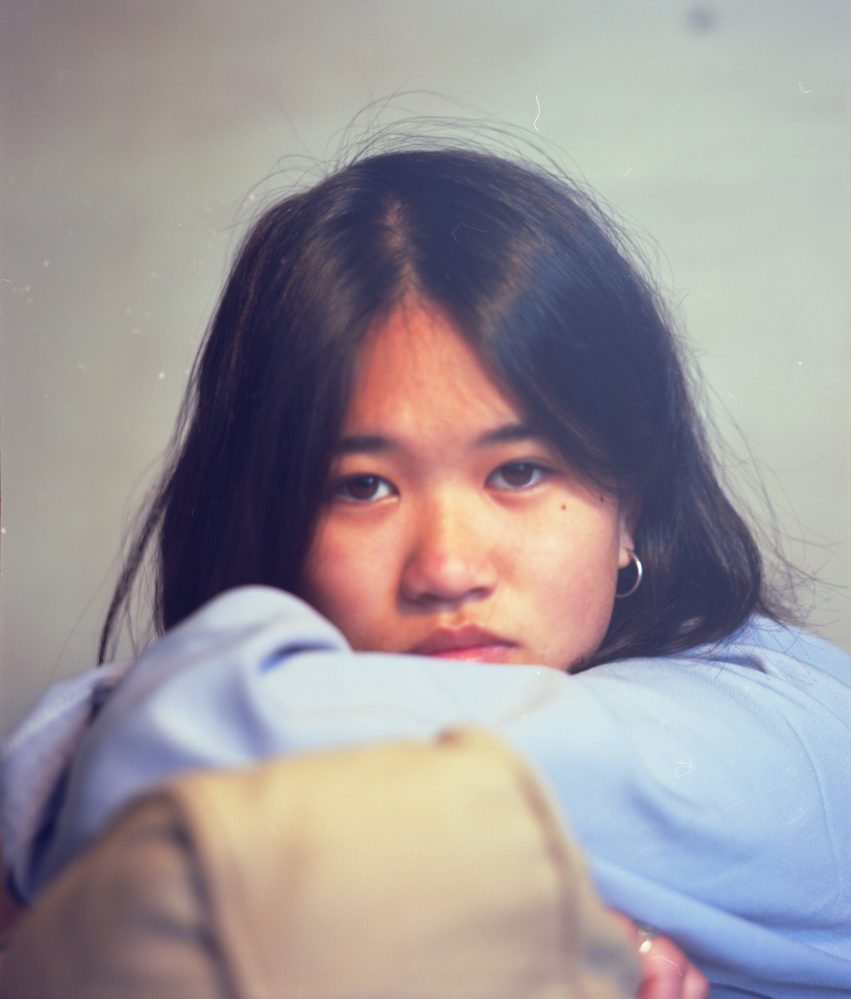 Vu’s minimalist debut How Many Times Have You Driven By was released last year on Luminelle Recordings. The album is a journey through the mind of the then-seventeen-year-old, blending bedroom and dream pop with the garage rock influence of the Los Angeles indie scene to create an emotionally rich, almost diary-like ten-track collection. Soon after, her self-produced songs gained traction — Bandcamp featured How Many Times as an “Album of the Day,” and publications like Pitchfork tagged Vu as a “prodigy.”

“I remember just being nervous and excited about everything,” recalls Vu of the time following the album’s release. “When I received the test pressing for the How Many Times vinyl, it was so emotive — to have a physical, tangible product of my work.”

Part of what makes Vu’s music so immediately connective is its suddenness. Vu’s lyrics are frank, her melodies simple yet captivating. At times, the spareness intoxicates, with Vu’s reverb-soaked vocals and meandering guitar patterns lulling the listener into a near-dreamlike state. This bare-bones aesthetic is all part of the process. “I don’t have the attention span to work on something for more than two days,” admits Vu. “Usually I will write and record a song in a day or two and then move on to something else. When it’s time to piece together a project I will go back and rework things if needed… I generally write a lot of songs, and then pick from the lot.” 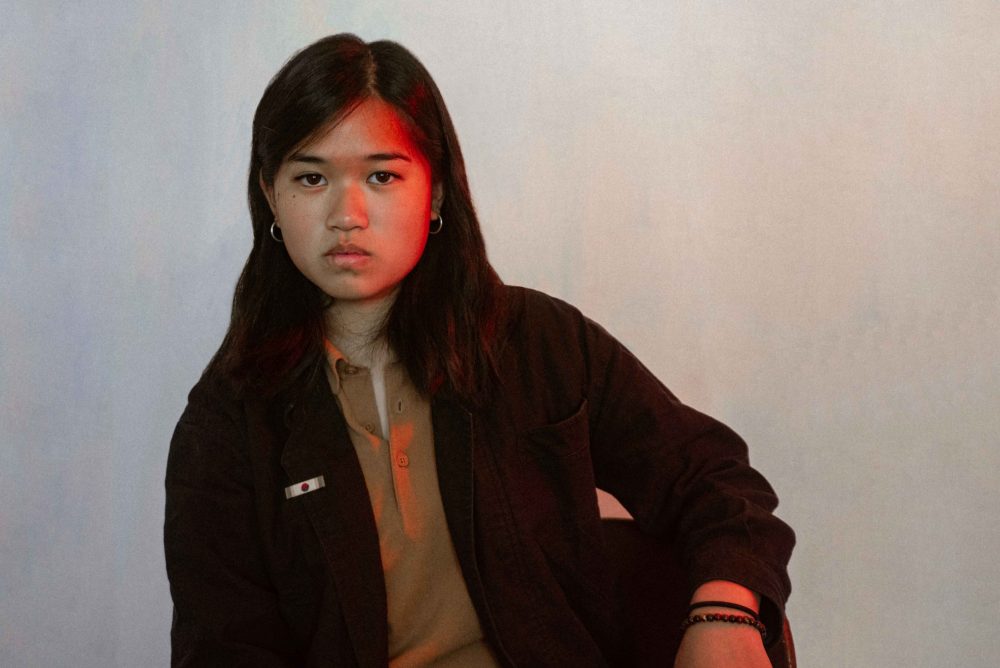 Vu’s new double EP follows in that same style. “My process hasn’t consciously changed. I think I’m just learning and listening to new things and slowly applying that into what I’m writing now.” Still, in the two singles preceding Nicole Kidman/Anne Hathaway, Vu’s new double EP, her sound has matured, feeling less like a relic of a particular moment and more like a reckoning with what has led her to the present. Part of that is just getting older; another part is taking a closer look at the L.A. scene that birthed her. As the title would suggest, Nicole Kidman/Anne Hathaway comes to terms with pop culture obsession and life in a media-heavy world — not to resist it, but to make peace with it.

But choosing the two figures to represent this world of glitz and glam, says Vu, “was a tough call.” “I like their names. I also wanted to choose actresses that have instant name recognition within people and a large span of work from theatre to art house films to blockbusters but are not immediately linked when thought of.” The double EP has ten tracks and will see a full release on 25 October, again through Luminelle Recordings.

As the double EP is released, Vu hopes that listeners will “hear [the] music the way I listen to music, which is when I’m walking around in the afternoon by myself.” For those who prefer the live experience, Vu just finished a U.S. tour, and she will be seeing her European fans for the first time later this year at The Great Escape First Fifty in London on 14 November. As far as the rest of her future is concerned, Vu is quick to remind readers that she turns twenty next year — making what comes next understandably unpredictable.

“It’s hard to ever be sure that any decision you make is the ‘right’ decision,” reflects Vu. The artist put off a college admission to pursue music, and on the eve of her new double EP’s release, she has her eyes set on the future, being sure to take time for herself no matter what happens. “Most things can never be planned,” she says. “I don’t really force myself to write through blocks or force inspiration. I think it’s equally important to have periods where I am not inspired and not creative so that I can just cogitate.”