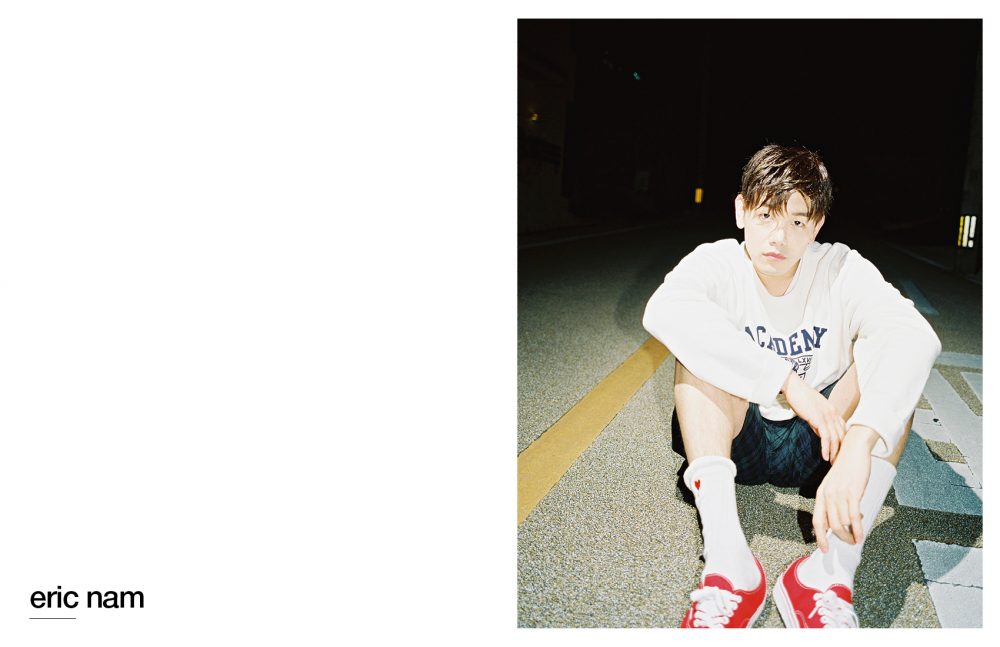 Eric Nam is having a busy year. After kicking 2019 off with shows in Australia, Korea, Japan and Thailand, Nam has finally set foot in European soil with his 11-city debut tour in the continent. With his infectious personality and feel-good music, Nam is proving he has what it takes to become a household name not only in the South Korean music scene but also abroad. During one of his European tour stops, Schön! sat down with the 30-year-old Korean-American maverick to discuss his new single “Runaway,” K-pop’s global expansion, writing with BTS and what we can expect from him in the future.

Hailing from Atlanta, Nam first entered the K-pop scene back in 2012 as a contestant on a Korean music reality show and has since made of Seoul his permanent home. Nam did not step into the K-pop world via the typical trainee route, so it shouldn’t be a surprise he wouldn’t follow suit now. Being deemed “too American” and “too pop” when he was starting out in Korea, he decided to make of this idiosyncrasy his trademark. “I don’t want to be everybody else. I don’t want to do what everybody else is doing. What makes me different then?” Nam admits he pondered during his early days. “For me, it’s more of me pushing that [American] sound, encouraging it and hoping people can come to appreciate my music. It’s really just blending and moulding.”

So, though he works and thrives in the K-pop realm — even with a full podcast, K-Pop Daebak w/ Eric Nam, dedicated entirely to the genre — Nam’s influences remain primarily American. “My music is still largely influenced by American pop music,” he admits. “Yes, there are pieces that are influenced by Korea — just because I live in Korea and I have to stay current in terms of the trends there — but I still think at my core I’m a very American pop guy.” 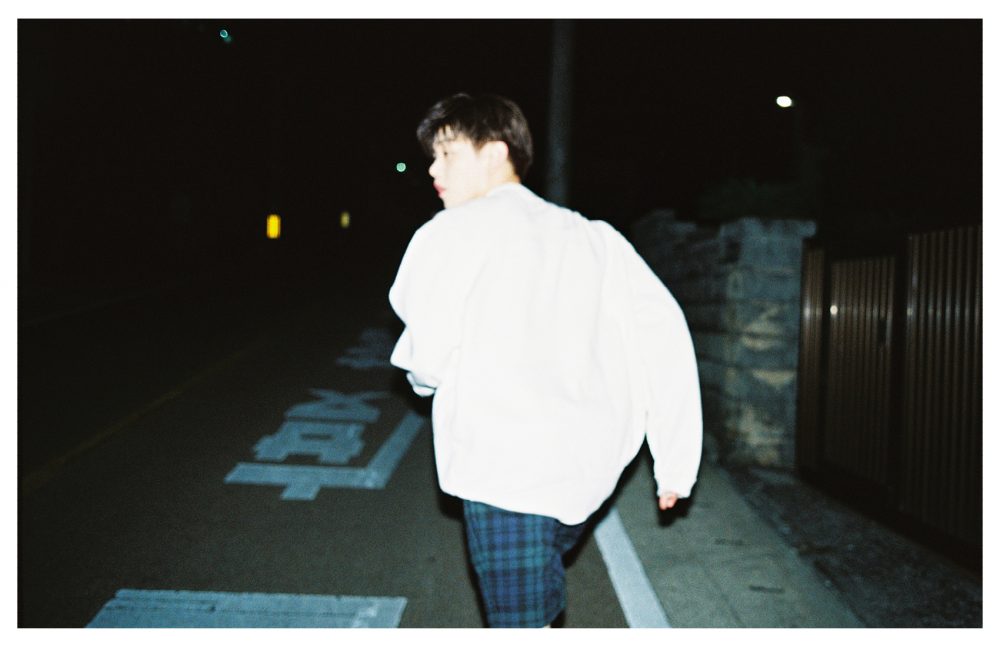 And that’s certainly reflected in his sound — dancing the lines of pop, R&B and EDM, Nam’s repertoire goes from velvety ballads to rhythmic bops. With such variety, it’s no wonder Nam is adamant to get rid of labels altogether — embodying his multi-faceted nature in music and beyond.

Things are shifting significantly in the world of K-pop and the genre’s seismic change, particularly in America, is undeniable, but Nam has been witness to the quasi-non-existent ripples of the past — having moved to Korea precisely because there were few places in U.S entertainment willing to provide a space for Asian-American representation. “I think this has changed. Thank God,” he admits citing the likes of Psy, EXO, BTS, and BLACKPINK as the main catalysts in K-pop as well as actors like Steven Yeun and John Cho in TV and film. “But when I started this wasn’t there. I know there are a couple of other Korean-American artists who went to Korea to do this and we had the discussion. We talked to different companies, talked to labels [in America] and it just didn’t work out. So I’m very thankful [it’s shifting].”

As a Korean-American act, the dichotomies are bound to follow Nam — even if the lines between his two cultures continue to blur thanks to K-pop’s international expansion — but one that remains in his creative process is the language. In his own podcast, Nam opened up about his own personal conundrums when writing music, explaining his songwriting process usually starts in English and lyrics then get adapted into Korean. “Speaking Korean and living there and working there, I don’t have too much of an issue [with the language] anymore but I feel like art comes from a place that is very raw and at its core the essence of who you are,” he explains. And, at least for now, American culture is where he feels “most comfortable.”

His songwriting method remains infallible, but Nam still has a burning desire to release a full project in English. Still, that does not necessarily mean he’s “losing” any part of his identity by singing in Korean. “I think sometimes there are stories that I just adjust to the flavour of Korea,” he proclaims. “I think this is the same thing for food. If I took a Spanish dish and I took it to Korea, there would be a population that really appreciates how natural and authentic it is. But there’s gonna be equally a population that feel is too strong for their flavour taste so I should tweak it — maybe take a little salt out and add a little kimchi.” 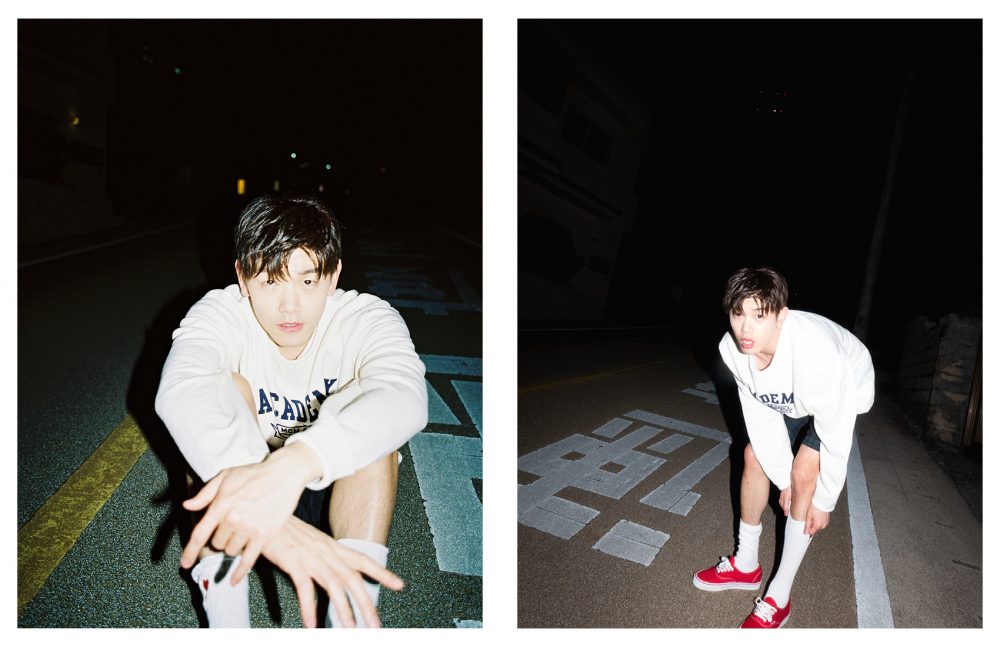 His latest solo release, “Runaway” is perhaps the perfect testament to that. “We had Flow Blow, who are just the most Korean kids ever, do the arranging on it to finish it out,” Nam explains. “It’s a good mix of pop and then K-pop production.” Written in tandem with Lauv — among other artists — and combining upbeat lyrics and melody, the lovesong track is pop in essence but a slight departure from the thematic crooner ways Nam displayed on his 2018 album Honestly.

“Runway” is a non-album release, but Nam has his mindset on a clear goal for the new future. “Probably before the end of the year I want to have another E.P. or my first full-length album out,” he reveals. But don’t quite expect it to sound anything like “Runaway.” “I think the next album is gonna be a lot of maybe slower songs, actually.”

Prior to the album, however, Nam might have new music on the horizon. “I have a bunch of songs recorded. I have one or two more of those with some DJs that I personally really like and I’m hoping that those get released sometime in the summer,” he says. “I also have a couple of Korean people that want me to feature so nothing is set but there’s always discussion happening.” In fact, since he teased it in one of his podcast’s early episodes and after fans spotted Nam in attendance at BTS’s momentous Wembley concert early in June, fans have been anticipating a collab with one member of the Bangtan Boys but, perhaps to everyone’s despair, we might have to hold up a bit on that one.

“I write with a lot of people all over the world. I write in L.A., I’ll be writing in Nashville soon, I write in Korea… I just try songwriting with different people all the time. So there was one song where one of the BTS members said ‘Hyung, I’d really like for you to write this song. It’s actually supposed to be for somebody else but I would like for you to sing it and write it out with me’ and I said ‘Sure, I’ll try it out.’ So I finished it. And now we’re just trying to figure out is it gonna get released? Who’s going to release it? I have no idea,” Nam recounts. “We wrote a song but I don’t know what’s going to happen to it. It could come out as my song, it could come out as somebody else’s song. It could never come out… but that’s just kind of the world of songwriting.”

But collaborations and songwriting aside, with his next album in mind, Nam also has a wish for K-pop and its still relatively narrow scope in the Western world. “My hope is that people at some point will start to [realise] there are other artists who are incredibly talented who are great performers in their own right and people start to dive deeper into the world of K-pop and Asian entertainers,” he admits revealing this was precisely one of the main driving factors behind his podcast. 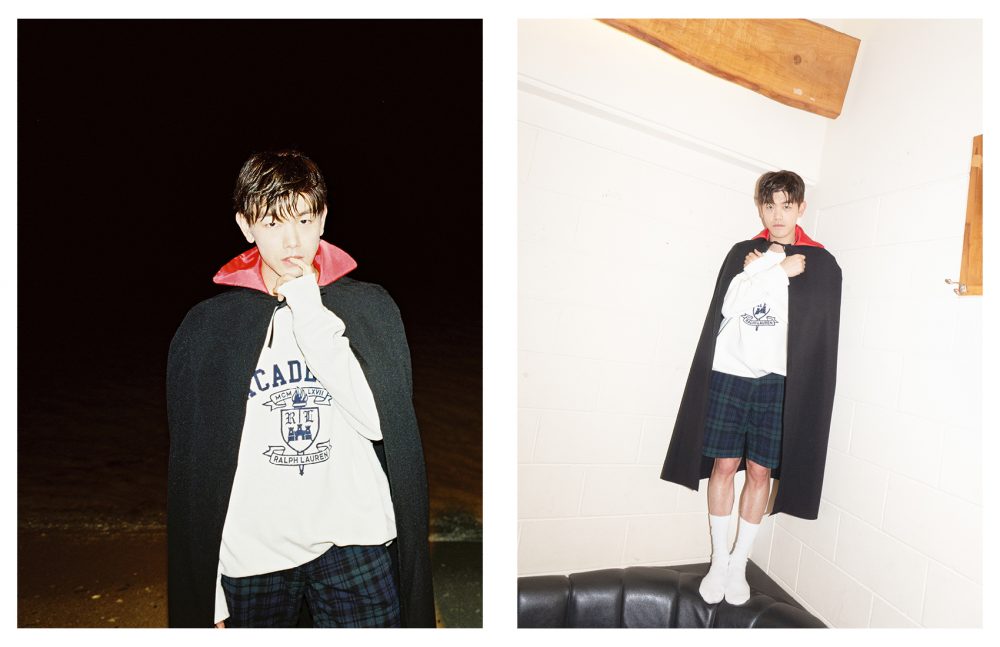 The K-pop conversation internationally is still pretty much centred around girl groups and boybands. As a soloist, navigating international market can be difficult and Nam knows this well. “I’m trying to figure that out, to be honest,” he admits. “It’s hard. There is a difference in terms of the music that I can do and the performances that I can do because I’m a soloist. [However,] I may not have the biggest number of fans; I may not have the number one song in the world but I’m able to do the music that I love. I’m able to tour and meet fans all over the world and I’m able to relate to them and communicate with them. That to me is probably the coolest and the most valuable thing. That’s the mentality I think a lot of musicians need to take so that we can really continue to grow K-pop as a genre, as a whole. And hopefully, that leads to something bigger and better for everybody.”

Though “making it” in the U.S. would be Nam’s “dream,” he does not really see himself back in American soil for good, for now. “I’d probably split my time between Asia and the U.S.,” he says. “You have fans everywhere and you have people who consume content internationally so it’s important to be everywhere at the same time, which is crazy. I just want to meet my fans and put forth the effort. I think it’s important for artists to be accessible and to really show the love that we receive.”

The future will dictate Nam’s path but, for now, he’s enjoying the ride and has a very specific objective: “put out more good music and just be happy.” “I think it’s finding joy and success in the everyday things that you do that really allow you to to move forward and live healthily,” he explains. “I really think of myself as like a self-made artist — from my music and any content you see online to any tour, it’s me [behind it]. Literally every merch design, I’m drawing it out. Thankfully, I have like my brother and a good international management team to help do that stuff but it’s been a very big challenge. So I like to think of the small successes as big milestones for myself.”

To wrap up his European tour, Eric Nam will play two sold-out shows at the O2 Academy Islington on June 21 and 22. VIP upgrades are still available here.