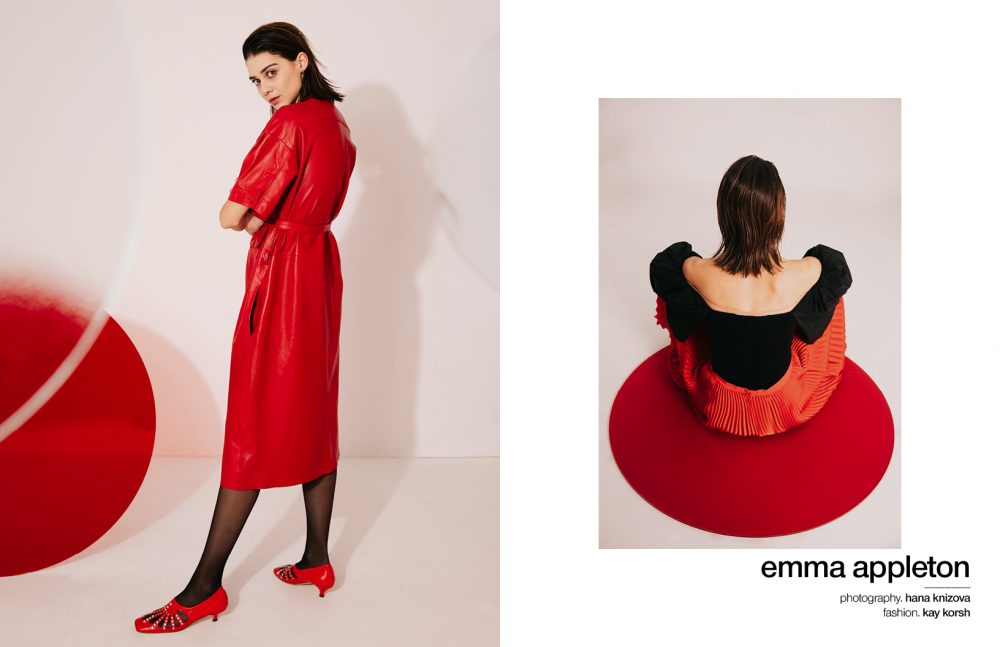 A far cry from modelling for the likes of The Kooples and Victoria Beckham, actor Emma Appleton reaches deep into her psyche to weave secrecy, danger, deceit and deception to play the lead role of Feef Symonds in Channel 4’s new six-part political spy thriller series, Traitors.

Set in the aftermath of the Second World War, in 1945 London, Traitors is the captivating story of Feef, a young woman who is convinced to spy on her own country for the Americans. Based around a radical period of British history — when Clement Attlee’s Labour party has just swept to victory and defeated Churchill in an electoral landslide — which, in turn, brought women’s rights into the public domain and are particularly relevant today. It is these feminist groups formed by women who had worked during the war, but horizons had been limited afterwards that were the voice of the generations to come. Appleton enthuses “one scene when secretaries were told that the men are coming back from the war and they can go back home and look after kids — women said no we don’t want to want to. We want to work; You can’t just pick us up and drop us. It’s brilliant that it’s brought that to light.” 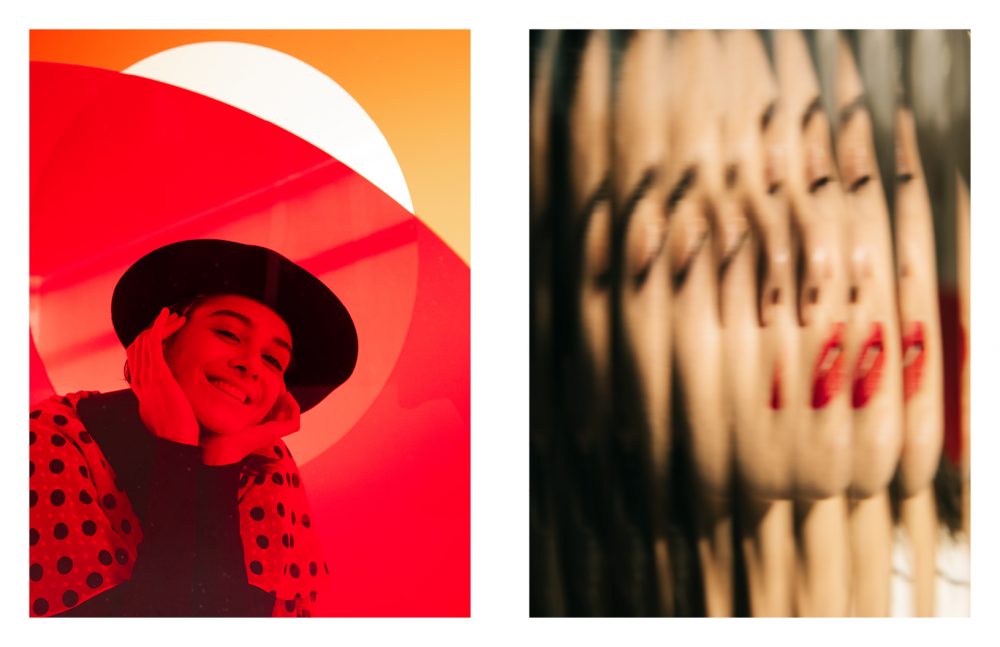 It was a time when relationships between all parties were tense, and along with Socialist ambitions and allegiances, the Americans feared that Britain might unite with the Soviets, in a bid to gain favour. Clandestine meetings, rumours, uncertainty and mistrust, made it very unsettled time for politics, but the ideal period for deception and intrigue, and for a girl who wants to find herself and is open to any persuasions. 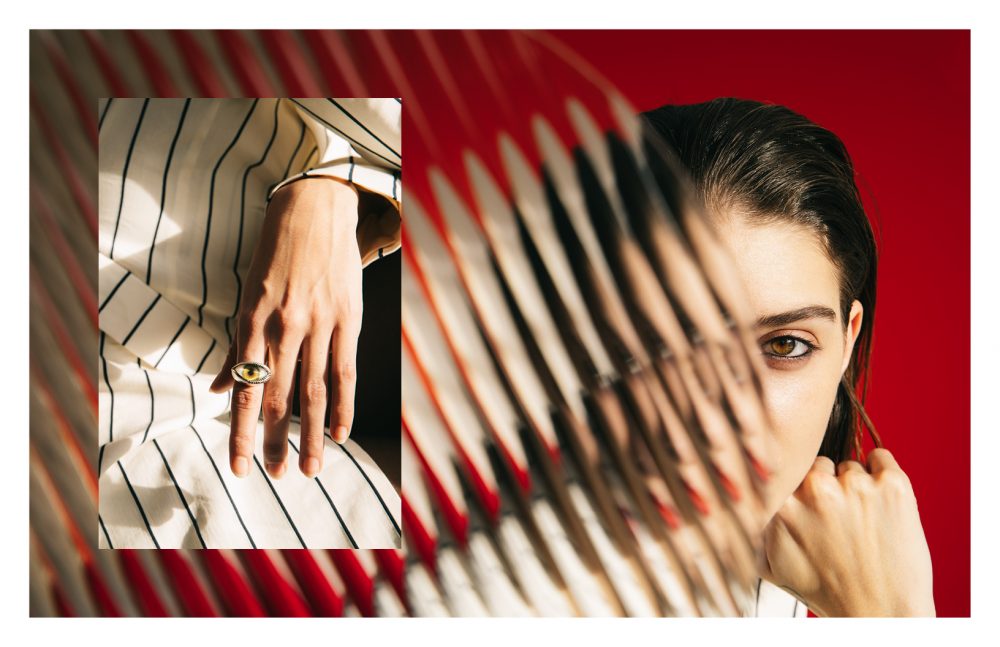 It might seem like a hefty role for Appleton, whose previous roles have been in series like BBC’s Clique and Netflix’s The End of the F***ing World, but she is already touted by the Evening Standard as one of their ‘Ones to Watch’ and is utterly convincing as Feef (short for Fiona) as the novice secretary learning about life as she goes along. “I wouldn’t say she’s gullible,” Appleton admits of her latest character. “She really believes in what she thinks is wrong or right, and when she is presented with an opportunity she strongly believes it.”

Embracing her new role, Feef is convinced that she is working for the good guys against the bad guys, and Appleton can draw on personal experience — as she is no stranger to pressure or making bold decisions to further her career. Her love interest is Peter, a rogue American spy (played by Matt Lauria), who is the mastermind behind her dilemma and leads her to spy on her own government for the Americans. 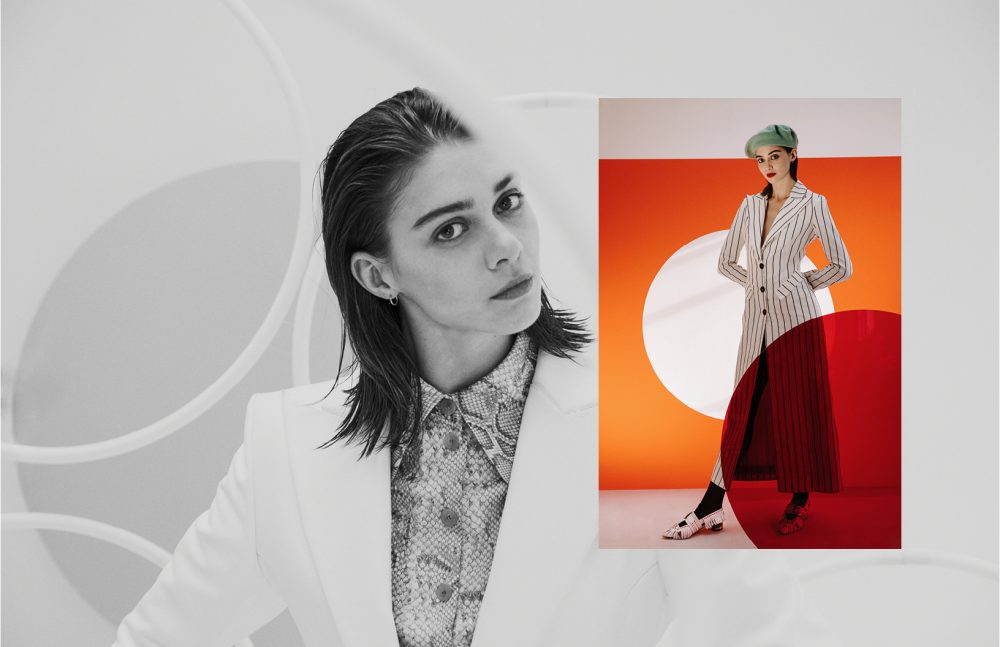 With the Ministry in flux, the show mirrors the current absurd and complex rapport in the current political landscape. Writer Bash Doran has captured a defining moment in British history when the nation was divided and there was a fight for Britain’s soul. Creating a tense and emotionally charged spy thriller, she wanted to present the tortured relationship between Britain and America, which echoes down the decades and resonates more powerfully than ever in the era of Trump and Brexit. 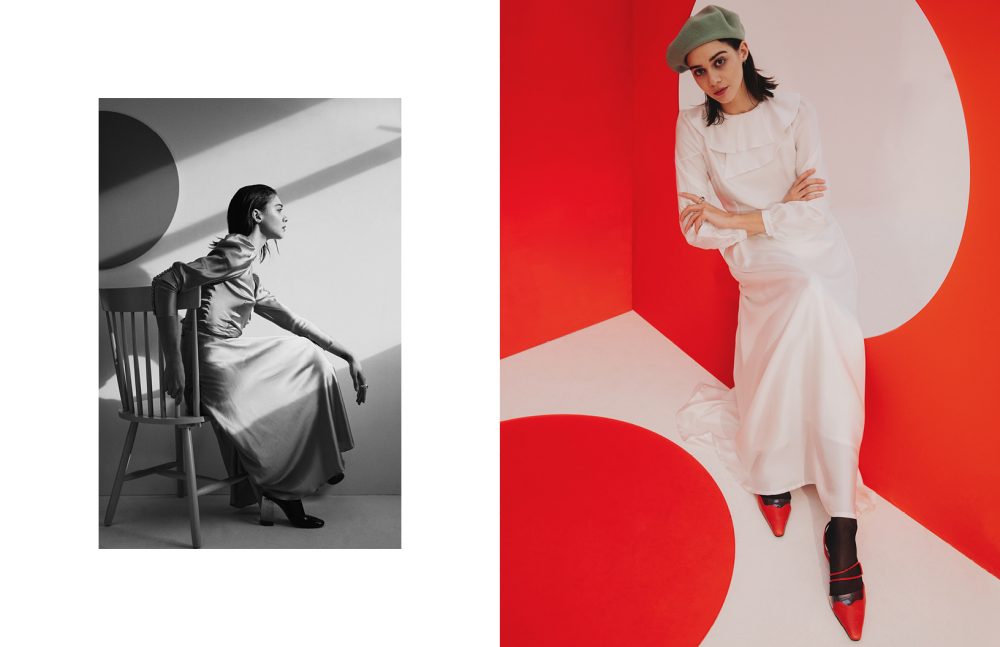 However innocent, Feef assumes righteousness and a strong belief in her own judgment, and there is a big distinction in her mind who she should or should not befriend. “Feef is not really afraid of anyone telling her what she can and can’t do,” Appleton reveals. “If someone does, she will retaliate, She has an innate confidence which carries her quite far, but she is also very sheltered.” Which, to be honest, sound like pretty good qualities for a spy. 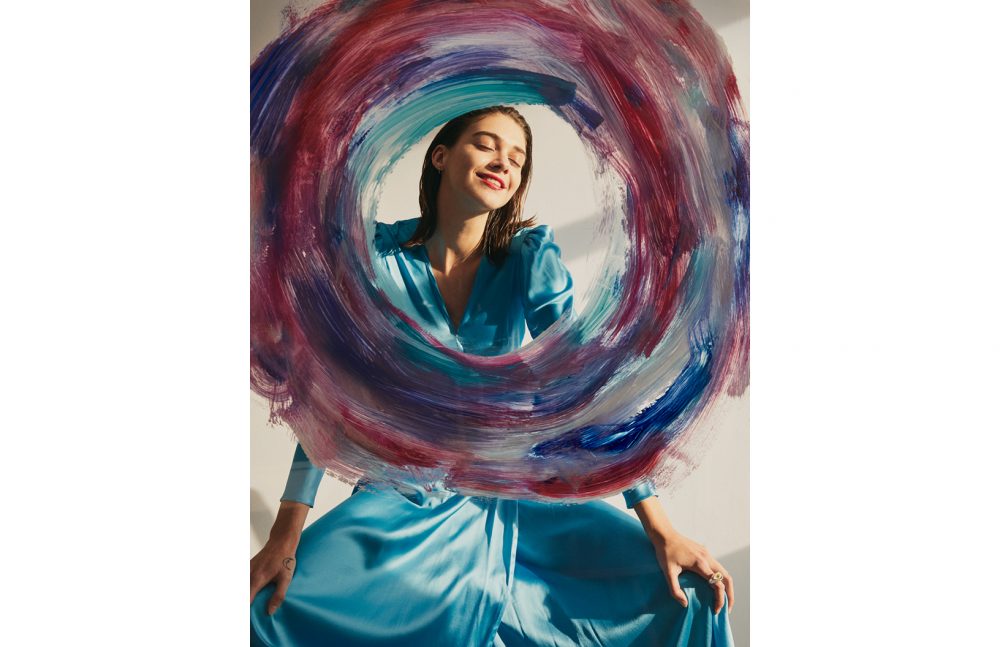 The underlying love story, and easy on the eye actors, provide enough passion to keep politics sexy, and the relationships between all characters have an element of tension. “My rapport with Luke Treadaway as the newly elected Labour MP is a big part and is part of the jeopardy of what she’s doing,” Appleton says. “It really humanises someone when there’s a love interest and there are feelings that come in to play.” But, ultimately, she is ruthless in her quest – knowledge is power, and nothing and no one is what they seem. 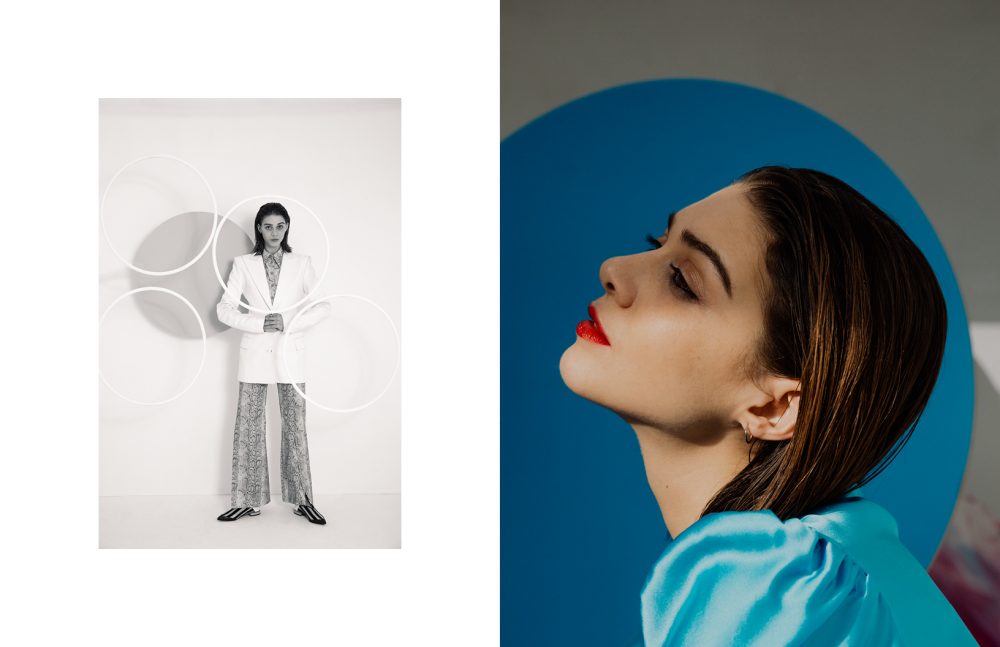 Yet it is Feef’s personal morals which are most intriguing — she plays by her own rules, concluding “there are no good or bad people, just people making good or bad decisions.” And it’s up to her to uncover a Russian agent in the heart of the British Government.

It’s an underlying love story, and expect excitement, intrigue, conflict and unexpected results, and you follow Feef growing up and learning from her mistakes. Is she right or wrong? You decide. 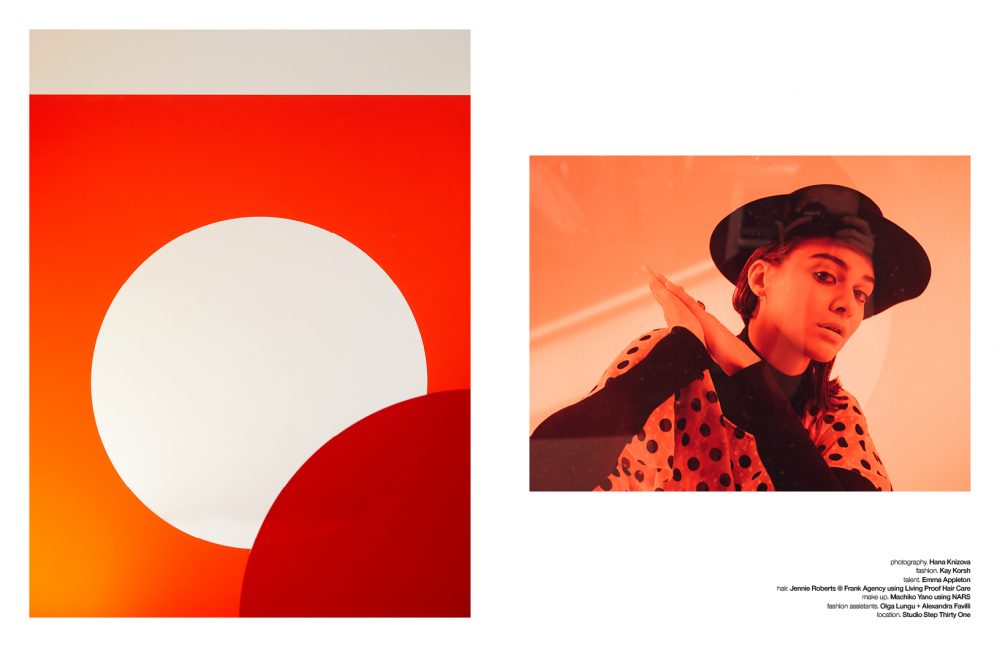 ‘Traitors’ premiered yesterday, Feb. 17, on Channel 4 and will continue to air Sunday nights. The series will also be avialble globally on Netflix. Watch the trailer here.